Added a bunch of silly things to the game: a catloaf, a cat paw and balloons.

These last two weeks have been a bit weird. Maybe it's because I've been focusing on working in game mechanics into "Cat Project" and I was getting a bit tired of it, but I've been adding in sillier things into the game recently.

Last week I added a crouch action to the game, mostly as an excuse to turn Kitty into a catloaf: 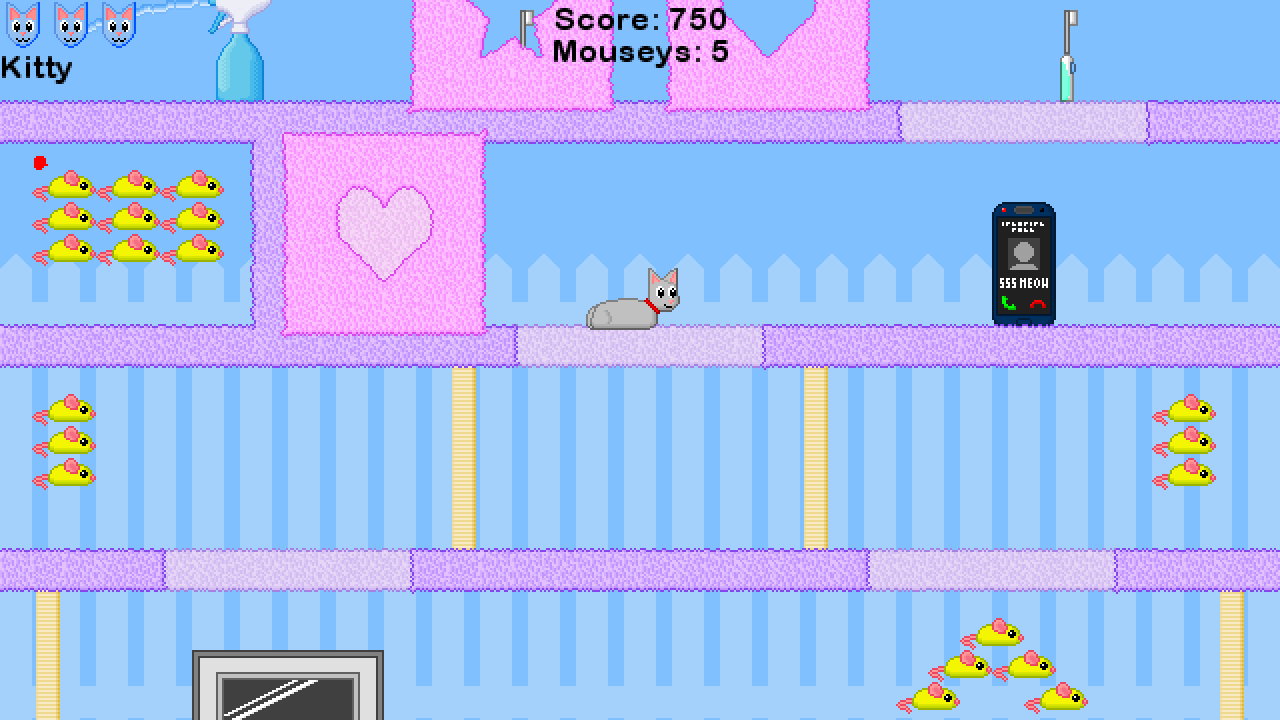 The "loaf position" with serve other purposes in the future, other than being cute.

This week I added two things. First is a, uh, cat paw to the (interim) main menu:

The above GIF is just me testing the cat paw being drawn at different angles and lengths. It will be part of the finalized main menu.

The second things I added this week is a new passive enemy type: the balloon:

Like the laser pointer, balloons do not harm Kitty, but he can smack them around using uncharged swats. Charged swats will destroy them. They'll probably serve as bouncy item containers in the final game.