Version 1.0 has recieved a small patch a few days ago. This news article also covers both reworked factions in detail along with changes.

Greetings, Version 1.0 for Illyria Reborn has recently been patched a few days ago. The mod page is rather quiet and empty so i have decided to write up a short yet sweet little article to go over some of the important changes the 1.1 patch does as well as gloss over what this mod offers in proper detail.

What is Illyria Reborn?

Illyria Reborn is a mini mod for Rome total war 1.5. The premise of this mod was to add the Illyrians back into Rome Total War as they had originaly intended. During The games original development Creative Assembly had planned to add the Illyrians but either due to balance, time constraints or a plethora of other reasons sadly removed and cut them from the final product and instead replaced the original assests of Illyria to the Thracian faction instead. Illyria Reborn replaces the Parthian faction (a faction that never really made much sense in the first place) and instead uses that free faction slot to bring the Illyrians back to life once more.

The Illyrians were a group of tribes in antiquity, who inhabited part of the western Balkans and have dedicated themselves to sea-born piracy of the Adriatic trade routes. As a result, they rule over a kingdom that is beginning to draw the ire of powerful local forces, such as the Brutii and Macedonians. As the 3rd century BC begins the Illyrians have a fight ahead of them. They have strength and cunning that their neighbours lack; can they turn it to their advantage and bring first the Adriatic, and maybe the world, under their control?

The Version 1.1 patch brings a few bug fixes and patches to the Illyrian faction, one important new addition is a new temple to the Illyrians. When i had pushed the original 1.0 version out i had forgotten to give them an additional temple which made them feel rather unfinished and lack luster. More importantly i also fixed many of the missing flavour text for buildings that i had sadly forgotten about so no longer will you have to worry about the "WARNING TEXT" on buildings anymore. I have also tweaked the stats of a few of the Illyrian units such as the Illyrian pirates and Illyrian infantry. 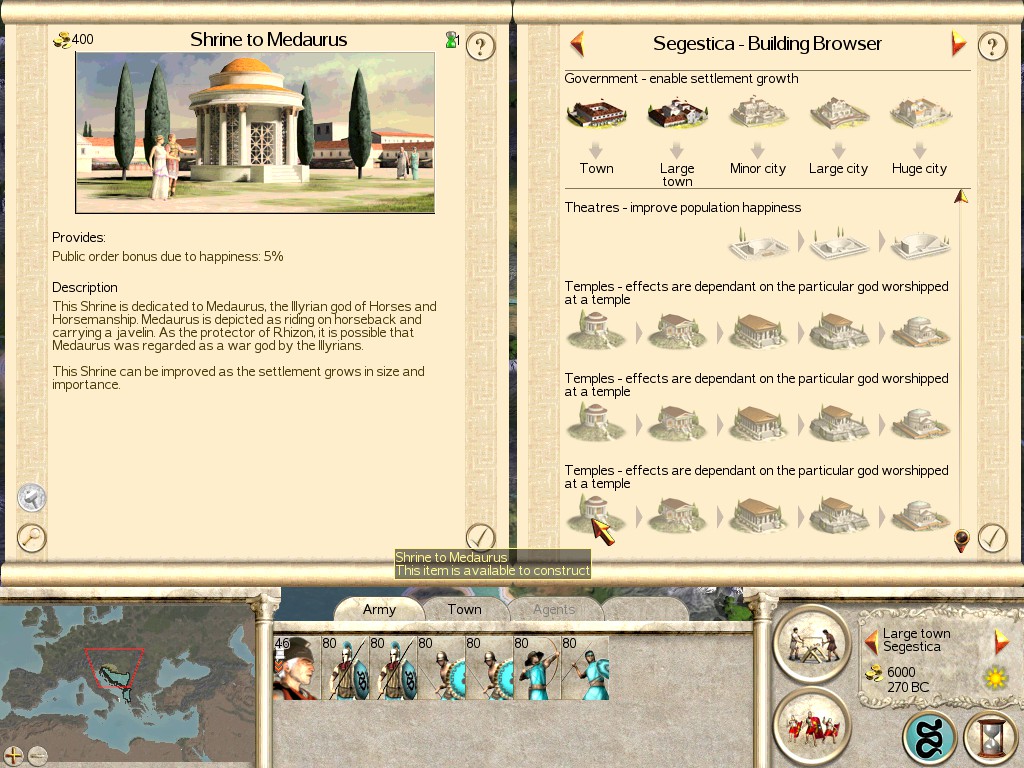 The new Medaurus shrine for Illyria 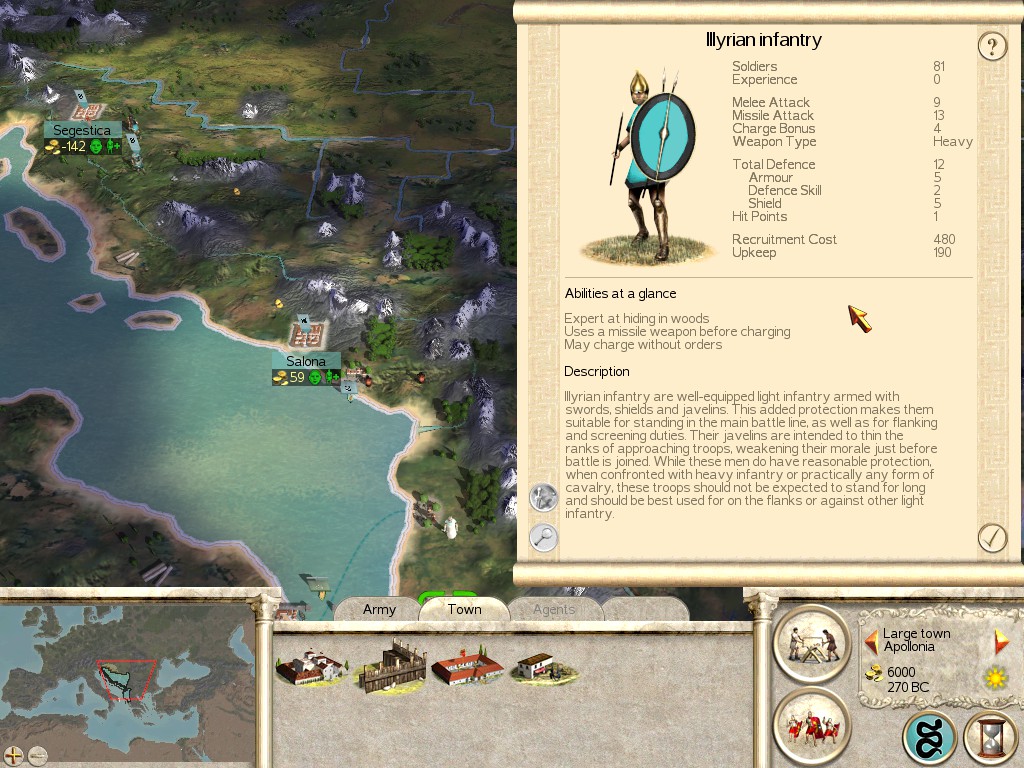 After the death of Alexander the Great the empire he had created tottered and fell into disarray with remarkable speed. His empire was the largest ever seen, and the generals struggled against each other for the ultimate prize of being the new Alexander. Something that none of them was quite strong enough to attain. The Diadochi, or Successors, were only strong enough to hold together fragments of Alexander’s empire.

Thrace was once part of this empire, it was invaded and fell under control of Alexanders father Philip II but was never fully Hellenised and it’s people have maintained much of their way of life and barbarian culture.

For any of you who know little about Rome Total War's development the Thracians had been planned to have a Black and Yellow faction theme, as the Illyrians have been restored in this mod i have also resurrected the old Thracian faction colours and symbol as to how it was during games original development. The 1.1 patch brings the most significant updates to the Thracian faction, they now have reworked temples to make them more interesting to play than what the vanilla game offers and they also have a slightly tweaked unit roster to make them more interesting than what Creative Assembly had originaly given them. 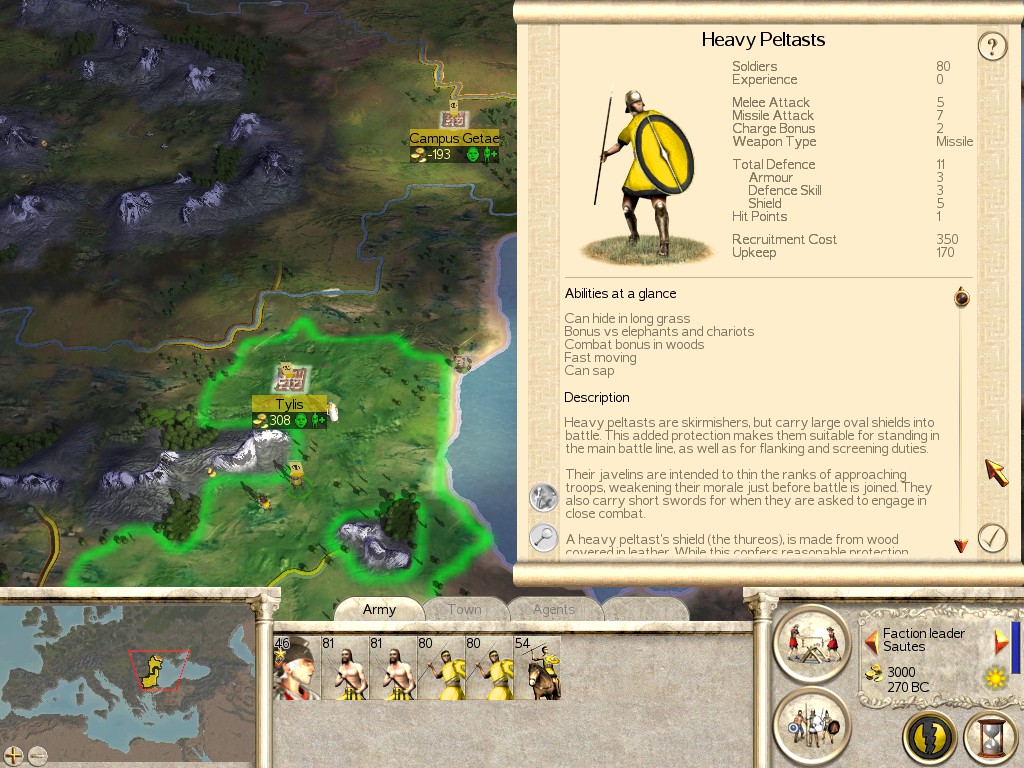 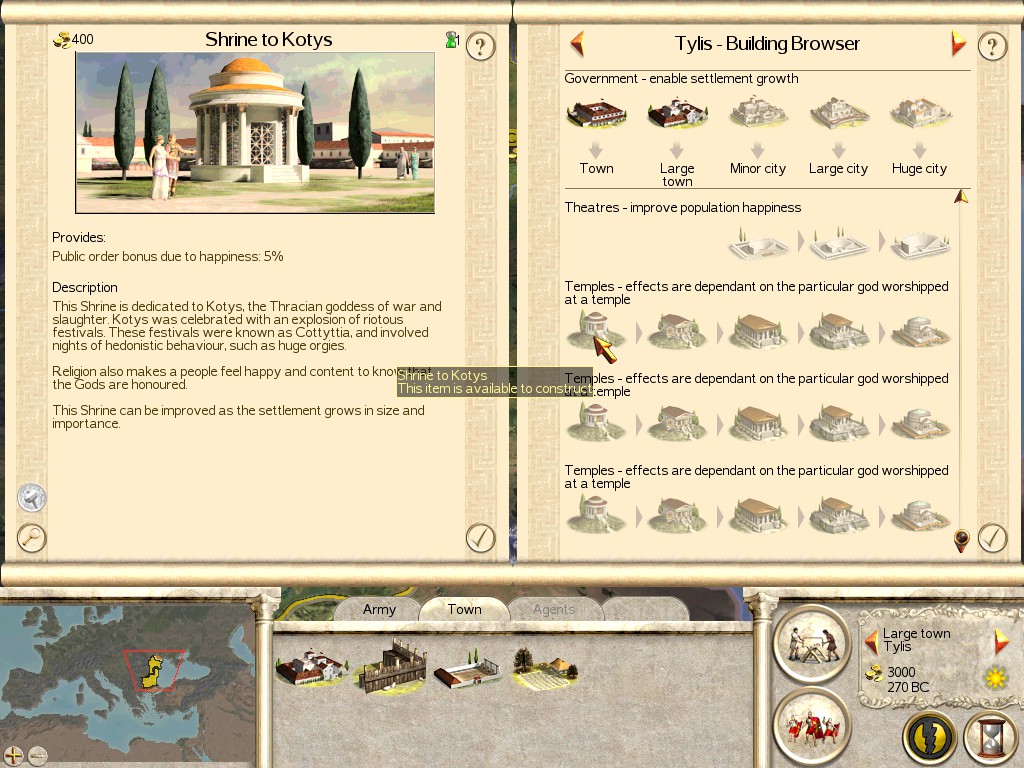 The Shrine of Koty's is one of two new Temples.

This pretty much wraps up this small little article, 1.1 contains some small other changes like new menu graphics on the loading screens and the main menu graphics. A list of patch notes can be found in the download section. As always i am happy to take feedback and suggestions so please do let me know of anything you have to say about the mod. If you are also interested in learning more about Rome Total War's development check out this video by youtuber "Melkor" who gave me the inspiration to make this mod in the first place and also goes over the Original Illyrian Faction in more detail in a youtube video he made. You can check it out in the link below.