15 games available for download and voting; Winner to recieve $2,500 prize at the Independent Games Festival Awards held alongside the Games Developers Choices Awards.

Organizers of the Independent Games Festival (IGF) have launched the IGF Audience Award voting website. Visitors can download and play 15 of the Main Competition finalist games and vote for their favorite independent game. Online voting will continue through March 20th, and the winner will be awarded the $2,500 prize at the IGF awards ceremony on the same evening that the voting closes, along with the winners of a total of $50,000 in prizes as part of the IGF Main and Student Competitions. The full list of finalist games for download and voting is available at Igf.com.

In addition to digital download, all finalist games will be playable at the IGF Pavilion, March 25-27, on the Game Developers Conference (GDC) Expo floor. Finalists were chosen from a record 226 entries and represent the growth of the independent games movement with innovative games of excellent quality, across various platforms. GDC, Think Services Game Group's annual conference dedicated to the art, science and business of games, takes place Mar. 23-27, 2009 at the Moscone Convention Center in San Francisco.

The games with eligible demos or full versions on PC, XBLA, XNA Community Games or PSN are: Retro/Grade, Dyson, Brainpipe, The Maw, IncrediBots, Osmos, Musaic Box, Cortex Command, CarneyVale Showtime, Coil, The Graveyard, PixelJunk Eden, Mightier, You Have To Burn The Rope, and Between.

"The Audience Award is always one of my favorite categories, as such a big part of the independent movement is about giving the public a voice," said Simon Carless, IGF chairman. "With the quality of the finalist games that have been nominated this year, we hope to have a record amount of votes on the website."

Mountain Dew's Green Label Gaming is the 2009 Platinum Sponsor, alongside Microsoft's XNA division and Sony as the Gold and Silver Sponsors respectively, and DigiPen Institute Of Technology is the Platinum Student Showcase Sponsor.

The IGF was established in 1998 by the CMP Game Group (now Think Services) to encourage innovation in game development and to recognize the best independent game developers, in the way that the Sundance Film Festival honors the independent film community. For more information on the Independent Games Festival and to register for GDC, please visit www.gdconf.com. 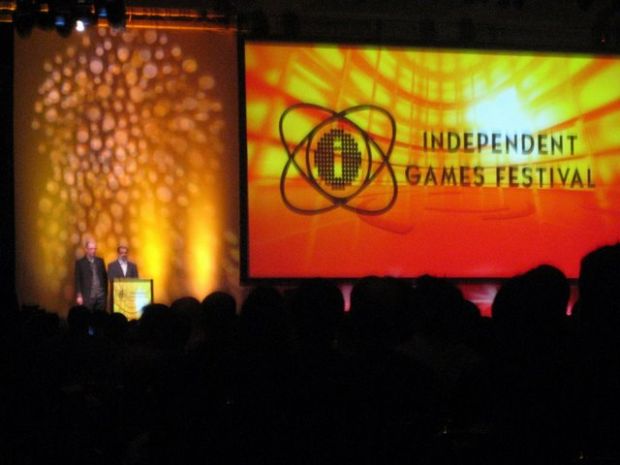