Post news RSS I am overburdened, check out the graphics!

Tiny post with lot of pics this time. Last week I worked on the original sprites of the game and progressed steadily. Far from finished with every piece but a huge portion is done!

Tiny post with lot of pics this time. Last week I worked on the original sprites of the game and progressed steadily. Far from finished with every piece but a huge portion is done!

In the last log I showcased the tile graphics, but one final adjustment was missing back then. All the tile-sets shared a single stair sprite which wasn't fitting well, so I made a separate sprite for each one. 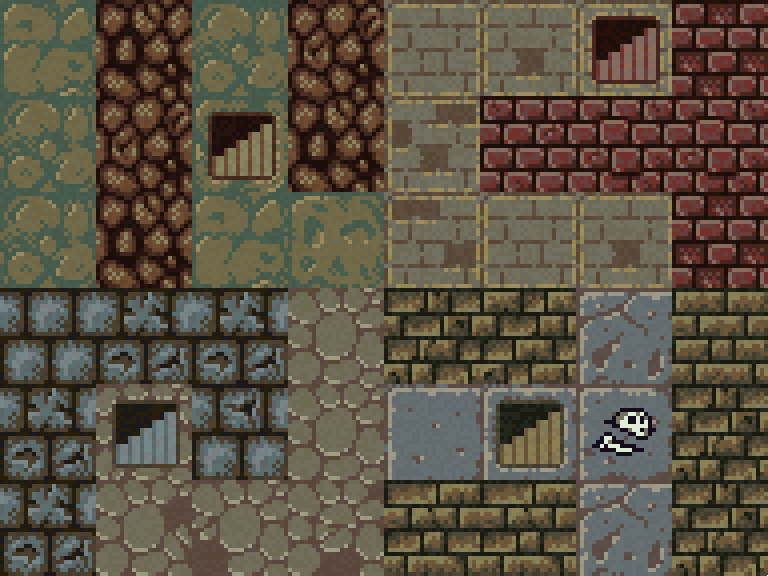 The next stop was entities. I started out with defining clear goals for the looks and creating a palette serving these goals. The idea was to select contrasting, vivid colors to make entities pop from the environment and on contrary to the looks of the dungeons make them lively (browns and yellows are still pretty strong still :D )!

I really liked the design I came up with before for the player character so I reused my concept which was a failed attempt at the box art of the game. Two sprite states exists, since in the planned "story" scenes the player will have his sword in its scabbard.

The first apparent visual choice here are the light borders. I decided to add a colored one to every interactive entity type, so the player can not miss which tiles poses a threat and which ones provide bonuses. I made four chests with various costs/functions but I'm keeping the last one as a secret for the final version ;) .

I settled on a style after a few tries where the monsters are pictured from the same angle as the player. I plan to have around 15-20 unique monsters and a boss, which will provide a good variety for the 30 dungeon levels. They were divided into four groups based on the story when designing the looks: were/giant animals, goblinoids, undead and the allies of the boss. Almost all of them is ready (currently at 16).

Some screenshots from the current version of the game: 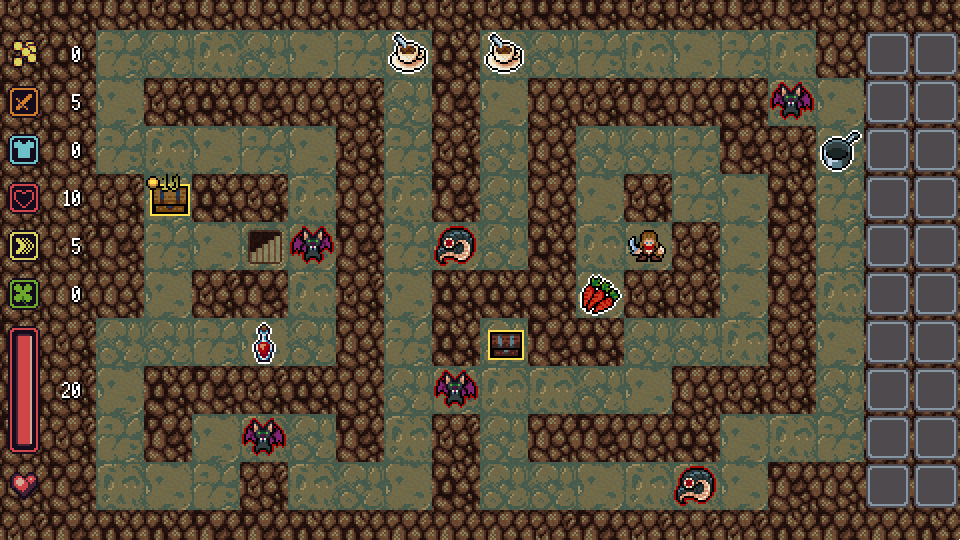 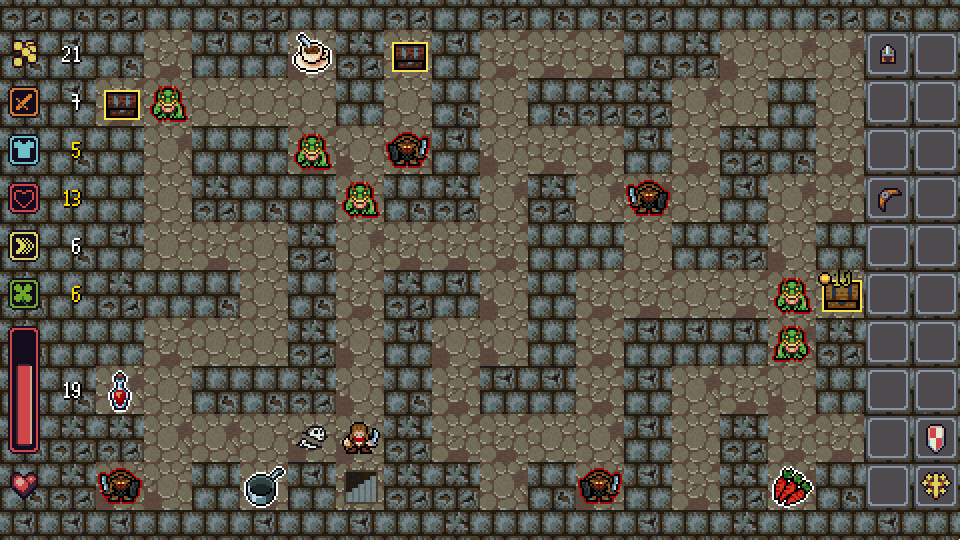 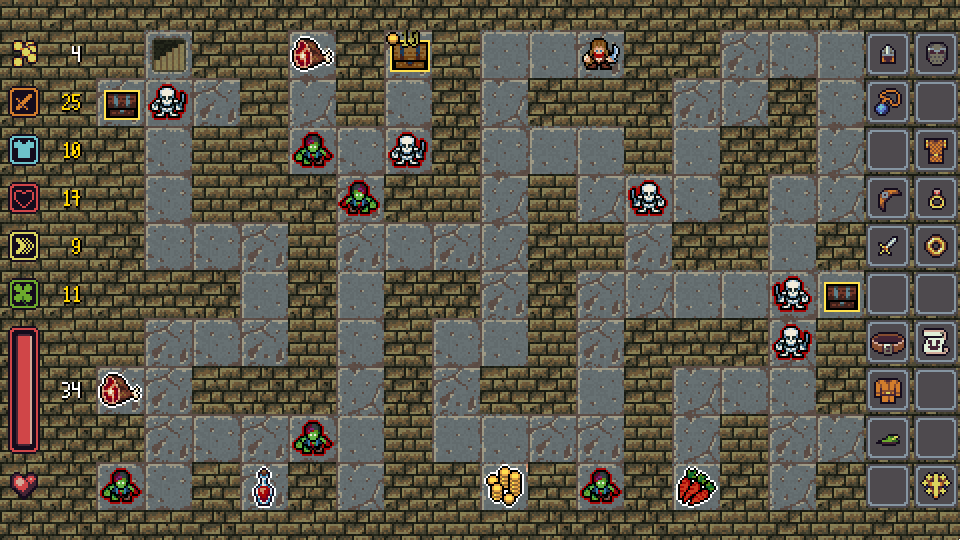 This week will be spent on completing the missing sprites (e.g.: items, some monsters) and overall visual improvements and polish, so I'm guessing the next entry will be similar. A kind-of "news" is my plans for an alpha demo. Before I complete and release the game I really want to do a open build (which will become the demo later) to gather feedback. I think wrapping this version up sometime next week is perfectly viable, so by the end of this week I'll post a finished plan for this too.

Thanks for reading.
Take care.