This entry is the first one (announcement) for the new game I'm working on called "I am overburdened" and the first one when I publish a video log entry too!

This entry is the first one for the new game I'm working on called "I am overburdened" and the first one when I publish a video log entry too! I decided to try this format due to the following reasons:

Content wise it essentially matches this entry, but has much more live stuff presented. I would like to continue creating these videos too (and would love to make them as frequently as the blog entries) as I had fun recording it, so I encourage you to leave a comment/critique here or under the video on youtube to help me make it even better (or fix annoying things about it) for the upcoming episodes.
So, here goes nothing:

If you followed my devlog, you probably know by now, that the new game I'm working is a small project, with the goal to complete it and take it to market in a short period of time, focusing first and foremost on practicing my skills. Currently I'm at a point where the design documentation (and the feature set) is finalized and parts of the prototype is up and running. The estimation was readjusted once already (the first version of the design was too big) and I imposed a hard scope limit on myself for this project to achieve it's personal improvement related targets.

3 months + I'm not going to work full-time on it (only approximately 32 hours per week), so in less than 400 work hours the game has to reach a ready to be packaged and published state. That is the ultimate goal this time and for this to work out well I really had to cut corners and accept a design and feature set which fits into 300 hours (say no to dream features, innovative grand ideas etc...). The rest is there for overhead, "nice-to-have" features and because humans estimate time effort rather badly.

I have to say, designing a game with this tiny scope itself, which I still would be proud to take to market, was a challenge in an off itself and it took some time to pull off, but I feel like I succeeded. I'm confident, that I can deliver this game in time and I can make a fun experience out of it's core idea. 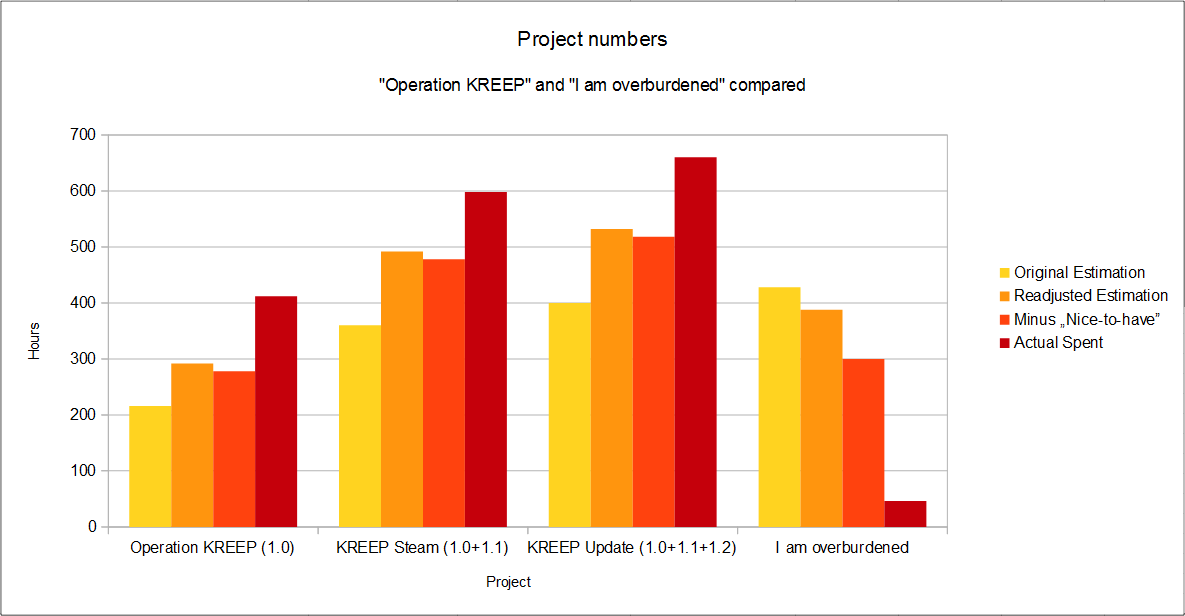 Current project numbers (containing a possible Steam release work too) relative to the numbers of Operation KREEP. It shows, that the first draft turned out to be too big, so I cut features (a lot) + I gave myself a big enough buffer this time (nice-to-have) if I'm running over my estimates. I think a project with this scope should have been my next project after KREEP instead of Unified Theory.

So the game is going to be a small "arcadey" rogue-like with a fun twist to the tried and true formula. The core idea driving the design were artifacts/loot and a huge and messy inventory :). Every single item in this game is going to be unique with mostly unique skills and abilities (or a unique combination of them) on contrary to the procedural item design of many action RPGs. Around a 100 items are planned currently, will see if I can create those in time. The other "weirdness" is the number of slots in your inventory, which is 20 :D :P . So from feet to head gears, everything, literally! * Mystical zombie blood tainted socks of the necromancer *. Nope this one is not actually planned, but you get the idea. Since there will be an armada of items and item abilities + a huge number of slots and thus items to wear parallel, all of the character customization will be done by gear. No leveling, no extra maximum life received after killing a bunch of monsters. You have to get more "powerful", by collecting lots of magical artifacts and selecting your preferred bonuses.

A vertical slice of the features to convey a better idea for the final product:

It is pretty early to show the game but I decided to share how the prototype looks at current stage. Important to note that nearly 100% of what you will see now is composed of open art assets, so the look is fully subject to change! 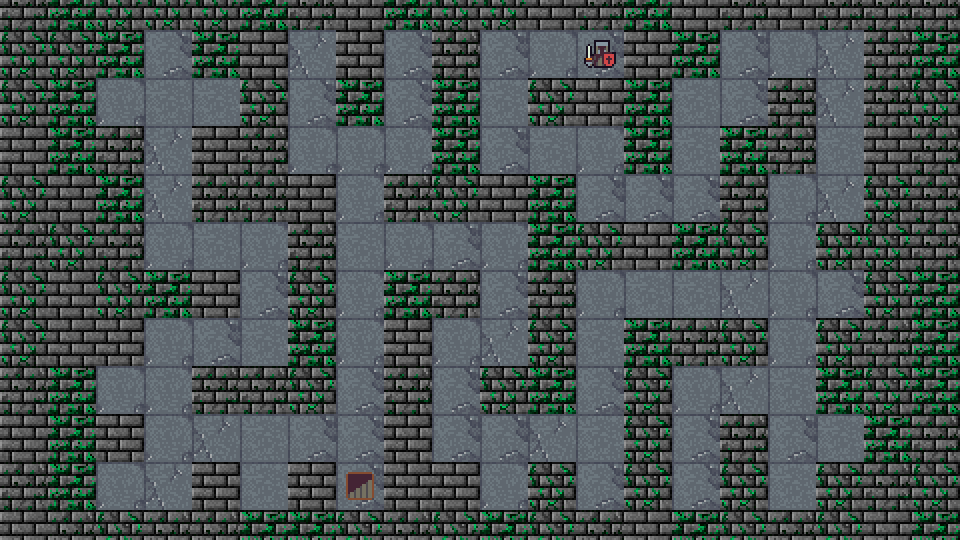 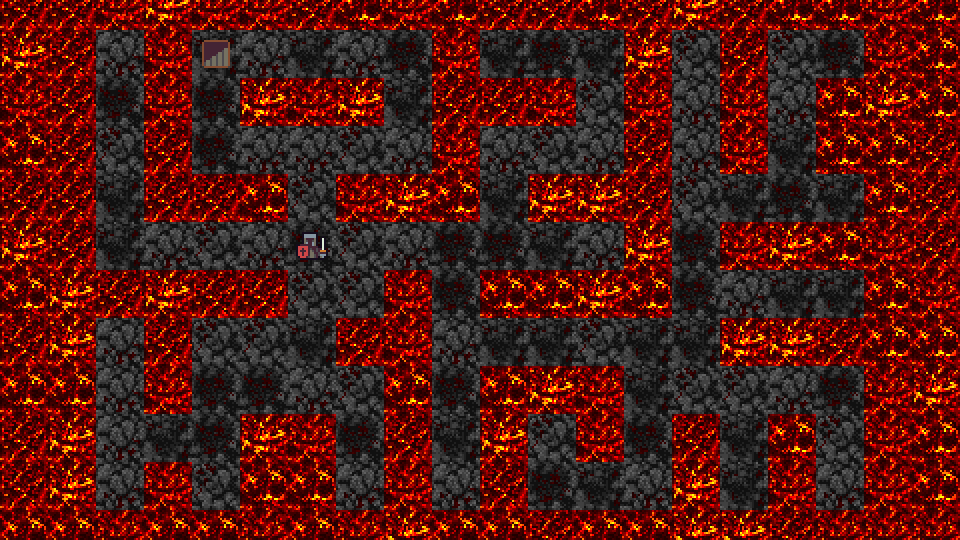 So there you have it, I am overburdened. During this week I'll complete the final prototype which will have all the core features working. Afterwards I'm going to move onto mostly producing content for the game (dungeon layouts, monsters, items and abilities etc...), but probably by next week it will still look kind-of the same, as I'm planning to work on the graphics only at a later phase, when the game is already in a solid playable state.

+ Important news: you can follow the daily progress of the game too on it's Trello board.

I could go on about this game for pages (as always :D), but this should be enough for this entry.
Take care!