Hypt hit Steam Greenlight with over 500 yes votes in the first week. While i'm here, let's talk about Hypt's enemies, the Viruses.

Let me thank those of you who have been supporting us through this entire process. As much as I do to self-promote, it's really you that spreads the word about Hypt. Thank you all for your interest and your attention, but there is still much to do! Spread the word about Hypt to your friends, and talk about it on Facebook, Twitter, Reddit, or whatever message board you frequent. In the first week Hypt had a good showing of over 500 yes votes, and with your help we can ensure that those 500 see the game they deserve get released!

In terms of changes over the past week, the most notable is the change of the shaders on the player shields. I received notice that the light-colored shield blended into the player's glow too much.

Contrast and visibility are very important to Hypt. If there's even the possibility that a player wouldn't be able to block an enemy projectile because they couldn't see it, then that's a problem. The obvious solution is to change the shader. First there was the attempt to make the shader black, but the dark-colored environments made the shield harder to see. Afterwards, I just settled on a shader that gives a gradient: Black where it is closest to the player glow, white at the front, with a faint black background in between.

In every video game, the challenge comes from objects in the game that impede your progress. In Hypt, that challenge comes from enemies, called Viruses. Fortunately these viruses are harmless to your computer, but in the world of Hypt, they will show no mercy. All of them fire some form of projectile, and that projectile will keep going, bouncing off of walls or flying off into the distance until its life-span ends or it hits something. Even then there's no guarantee. Unless noted otherwise, all enemies are defeated in one hit after a projectile strikes them. This can either be bounced back at them with your shield, or you can trick enemies into killing other enemies or even themselves, killing them with their own weapons.

Miners are perhaps the most numerous of the viruses you will find in the digital world. They fire at least one shot in a single direction to impede your progress. They can fire in irregular intervals, and many miners even fire bursts of shots at once, making progress even more treacherous, to say nothing of how they function in conjunction with other viruses. Just because they are predictable does not mean they aren't deadly.

These enemies are quite common throughout Hypt. They follow your progress and fire a shot that travels in the direction you are. This creates treacherous situations where the player is punished for staying still, and if you are surrounded, they can easily make your life difficult as shots come at you from all sides, to say nothing of the unpredictable nature of shots that miss, and bounce off the walls. 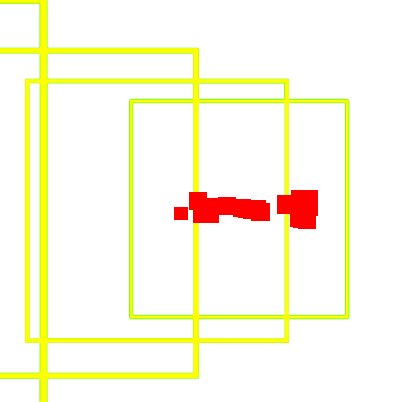 Every bit as lethal as the Miners and Trackers, but they raise a shield that impedes you from moving into the indicated area. These shields sometimes also protect the enemy from being harmed by other projectiles. Be careful, because some of them track your movement and some don't. Furthermore, many Shielded enemies will use their shields to impede your progress, and the only way past them is to destroy the enemy. Be careful, because the location of the enemy controlling the shield isn't always obvious, and they are just as deadly as any enemy.

Infectors appear like Trackers, and in many ways they are similar, because they track your movements. But be alert for when the body of an enemy churns, because that means you've stumbled on an Infector. Your only hope against these enemies are to kill them quickly, because if their shots miss, they turn right back around and home in on you, making it easy to be overwhelmed by one single enemy. Fortunately, once these shots collide with a wall or the player's shield, they stop homing on the player.

These are one of the rarest enemies in Hypt, and thankfully so. Their shots fire infrequently, but these shots home in on the player's position with a precision exceeding that of the Infectors' shots. However they have one limitation, they are only capable of moving in four directions: Up, Down, Left, and Right. Combating these viruses is not as simple as it sounds. If anything, these shots are unpredictable in their movements and are easily capable of not only maneuvering around shields without warning, but chasing down and destroying even the craftiest and maneuverable of players. You will need reflexes, wit, and a bit of luck in taking down these viruses.

Stay tuned for more news regarding Hypt and its development. Next week, I want to talk about Hypt's bosses.

In the meantime, share and follow Hypt on Twitter, TIGSource, and vote us up on Steam Greenlight! Also, please leave your thoughts in the comments below. I'd love to hear from you!