For this update we'd like to show off the first of the alien structures, the Hydra.

Posted by TychoCelchuuu on Jul 2nd, 2010

For this update we'd like to show off the first of the alien structures, the Hydra.

We've talked about it a few times in the twitter feed, but wanted to go into a little more depth here. The Hydra is essentially the new name and new look for what was the Offensive Chamber in NS1, so its role in the game remains roughly the same. Once built it serves as a turret, automatically releasing a barrage of deadly spikes to attack marines and marine structures within its range. 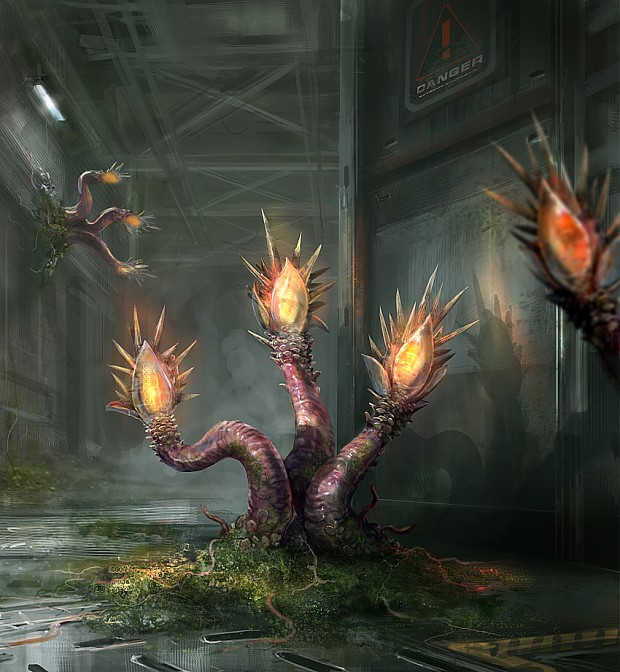 With the introduction of an alien commander in NS2 the responsibility of creating structures is divided between the Gorge and the Commander. Upgrade structures and Resource Harvesters are built by the Commander, while the Hydra, which is the smallest in size of all the structures, and smaller then it's OC counterpart in NS, is built by the Gorge. One of the fun new features that has been added is that the Hydras can stick to surfaces, allowing the Gorge to place them on walls, and possibly even ceilings if he can find a way up there, which should allow for some sneaky strategic placement. After being placed down, the Hydras will grow slowly on their own, but the process can be sped up with additional help from the Gorge. He also can use his healing spray ability on them, all of which makes the Gorge a bit like a gardener tending to his creepy and deadly plants. 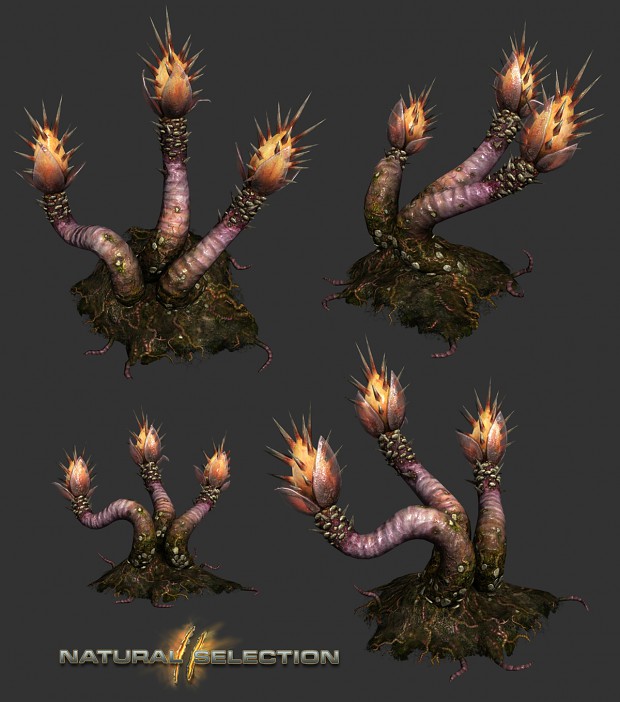 Unlike the marine sentry turrets, which have a cone of fire, the Hydras unleash their spikes in all directions, doing damage to anything within a certain spherical range. Additionally, they have the ability to sense nearby marines, even if not in direct line of site. When they detect marines the Hydras go into alert mode, playing a specific animation that has the tentacles perking up and "looking" around. This means that observant nearby alien players can be alerted to nearby marine presence, if they notice the Hydras entering that mode.

Here's a quick in game movie of a Gorge dropping down a Hydra, and showing it growing to its full sized spikey adulthood.

I'm sure the final version will have a partacle effect coming from his mouth to the ground, so I won't comment there.

Man, the animation for it is AMAZING. Love the organic sound and overall model/texture for it too.

I absolutely LOVE the hud!

Still not sure about this "alien commander" business, though. :-/