After thousands of year of development, we're close to unleashing this beast! December 1st remains the date of final release, but there's still a few things left to do yet...

Greetings and salutations. Boy, it's been a while, eh? Just thought I'd give you horror freaks a bit of an update. It appears that Parasomnia's pretty close to being done. You know what that means? It means I can finally embrace death. No! I kid you! It means, "Party Time" for me - and probably the beginning of years of therapy. But most importantly, it means that YOU get to play it soon. December 1st is the release date - just in time for Christmas Vacation for the kiddies who shouldn't be playing this game at all; and just before your loved ones buy you the games you REALLY want on the 25th. How perfect, eh? How lovely! And for those who don't celebrate Christmas, it doesn't matter - You'll be getting the same thing as everyone else! It's a win-win. The greatest gift of all for me is going to be you, playing Parasomnia while I celebrate my weird, mostly-secular, convoluted version of what I like to call Christmas-alia.

I expect to have a closed "Beta" after November 1st - and once the bugs are exterminated, this thing is going to be placed into your laps. Gingerly...

The modelers and animators have finished their duties. Cliffy and Netoxy turned in their last models some time ago! What wonderful work they have done bringing such visions to life! Give them a round of applause.

Thanos and I have been mapping to the point of obsession and are happy to announce that not only is there 1 level left to build, but pretty much all of the scripting has been completed. By the end of this month at most, I expect the game world to be completed. As a heads-up, there will be a few non-necessary areas for you to explore and gather loot, and even look for hidden items/secrets! So happy hunting!

Code is so very close to being completed. Osiris has gone off to war, and Shepard has been charged with finishing the last of the code and doing bug-fixes. He has been steadily working and I calculate that code is around 95%-98% finished at this time. (Let's go, Marine!)

As it stands, Parasomnia as a whole is around 93% complete. Not bad!

Expect the boss fights to be challenging - and there will even be a multi-stage fight against a boss that has the some of the same abilities as the player. Get your whiskey and Colt ready!

Now, it's time to shew you some showy things.

Let's recap with some videos from the past year! For all you Jonny-Come-Lately's out there.

Wowie, huh? And some stills? Sure. Here you are. They are in NO particular order whatsoever... 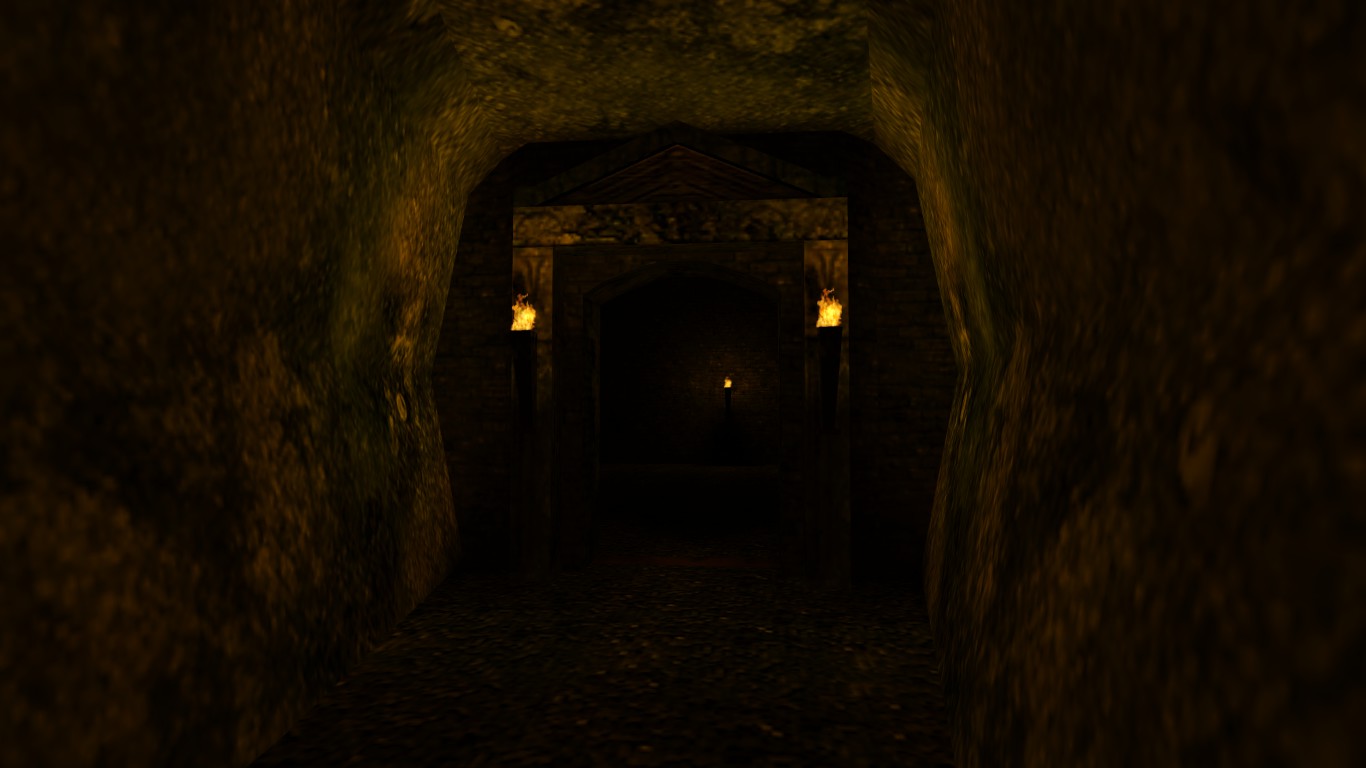 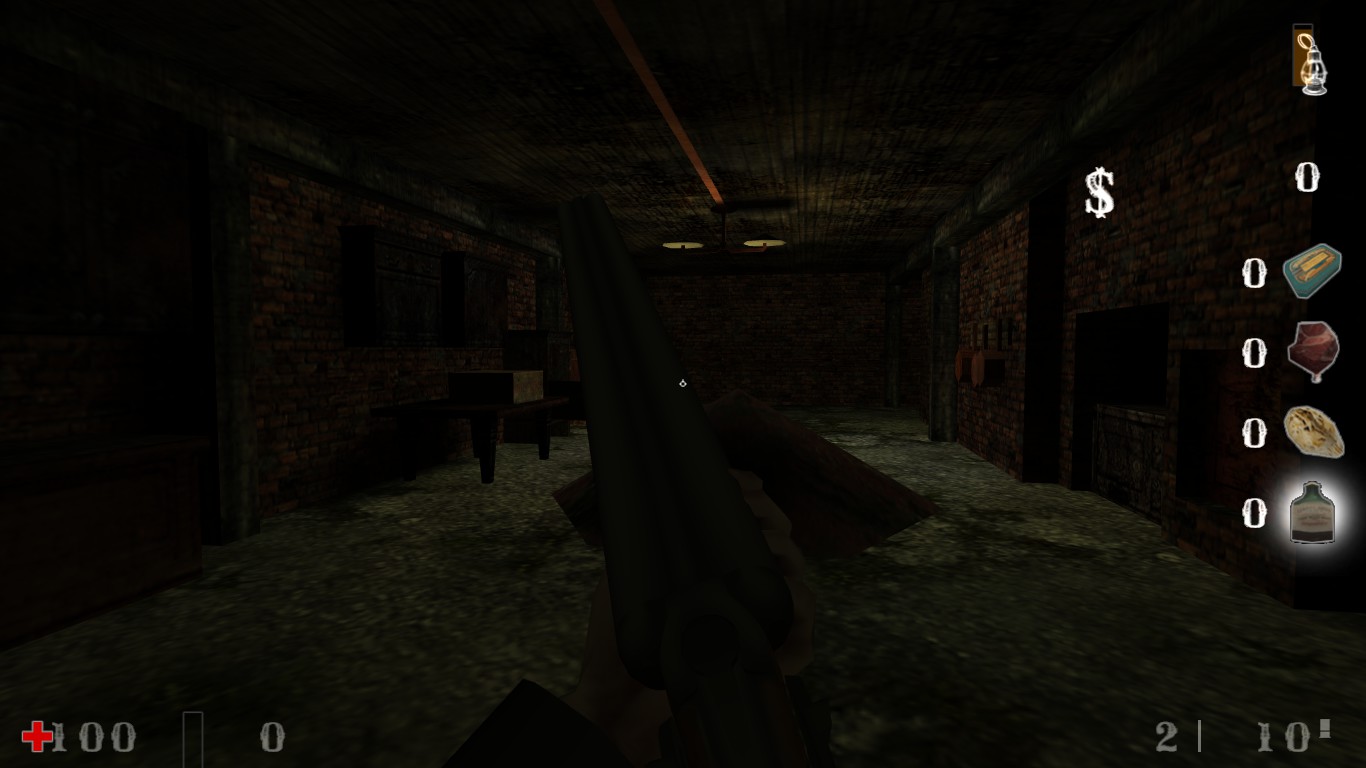 Pictured Here is a giant pile of foreskins, as well as the Coach Gun. 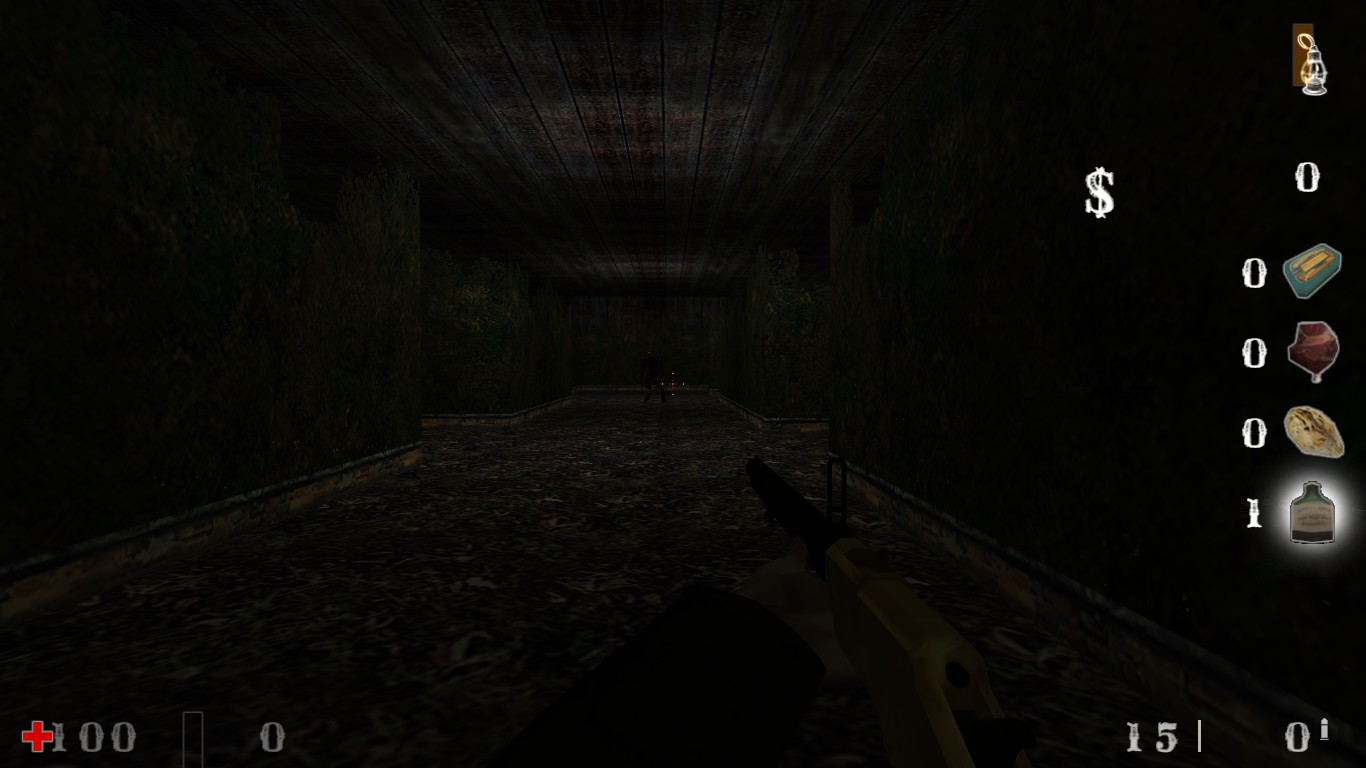 Wonder what this place could be? 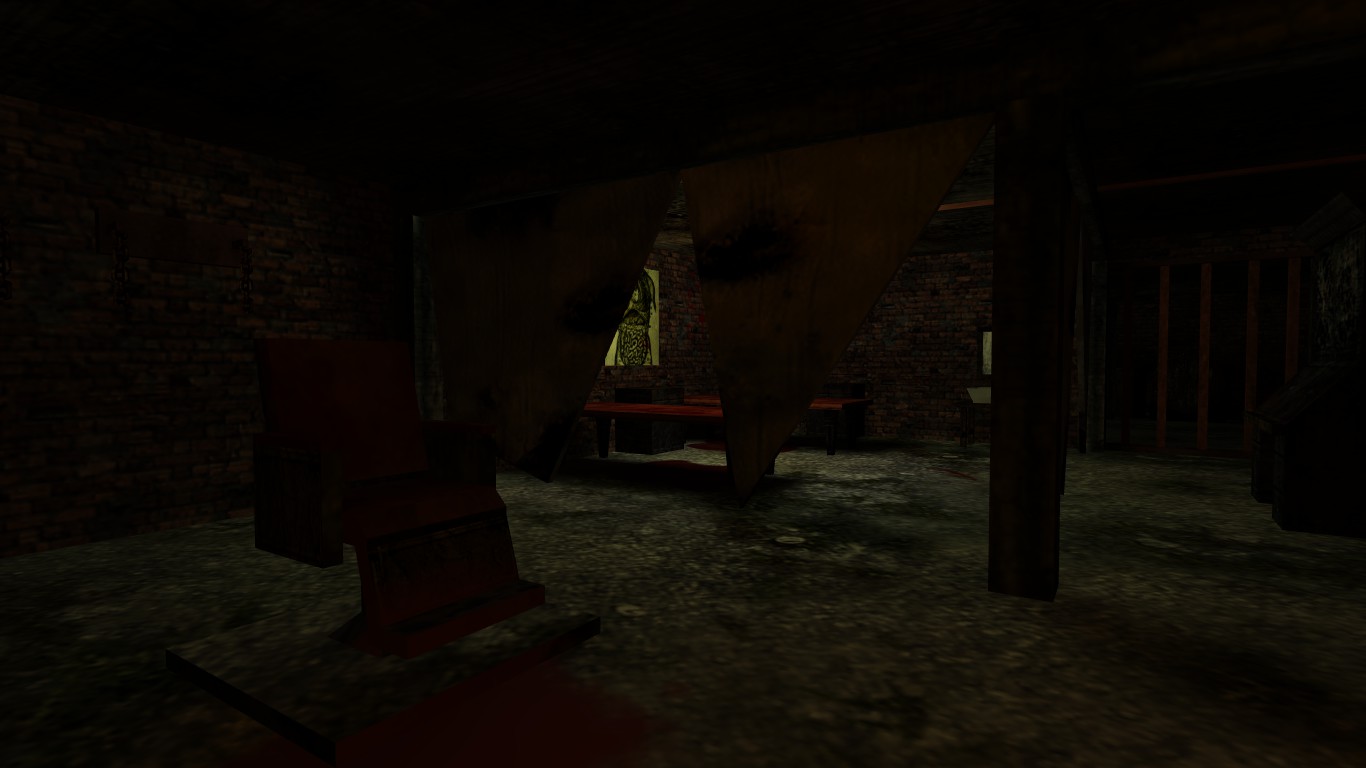 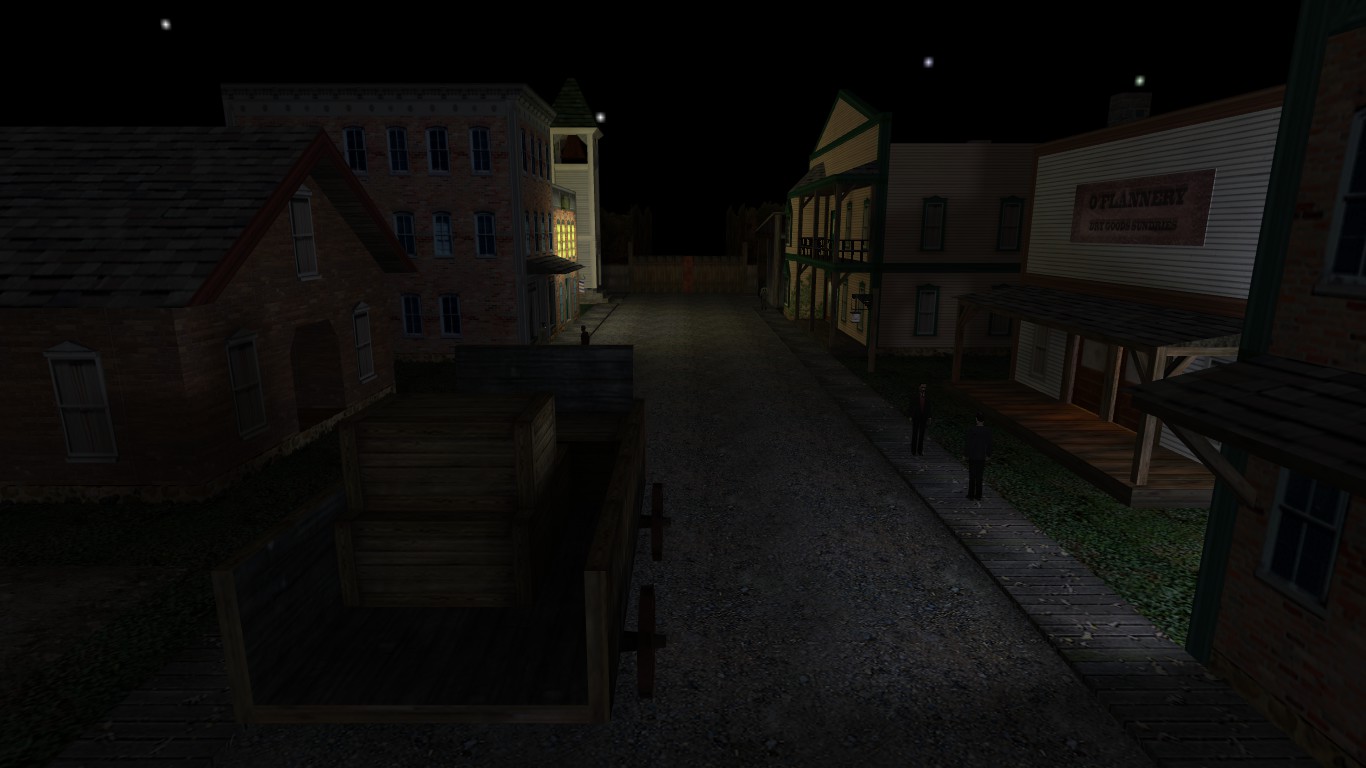 The small mining town of Asylum. 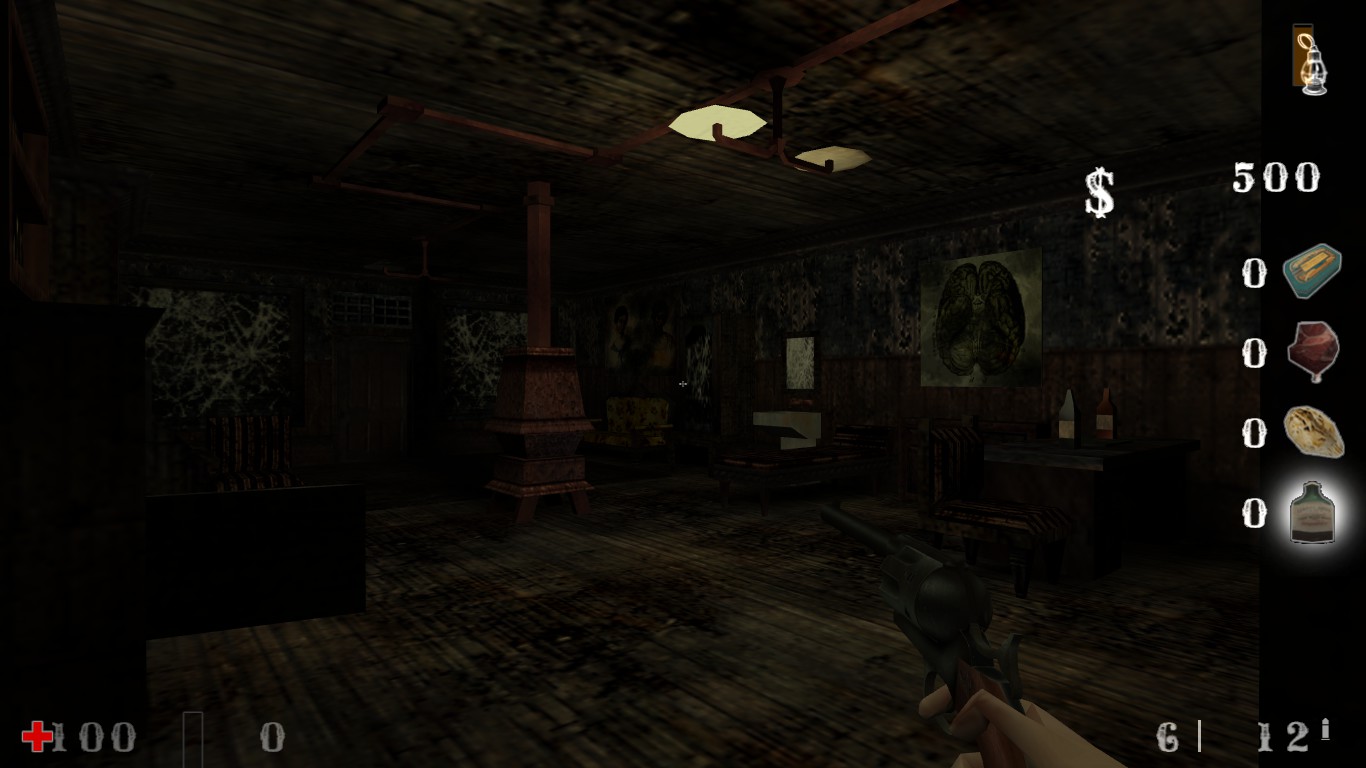 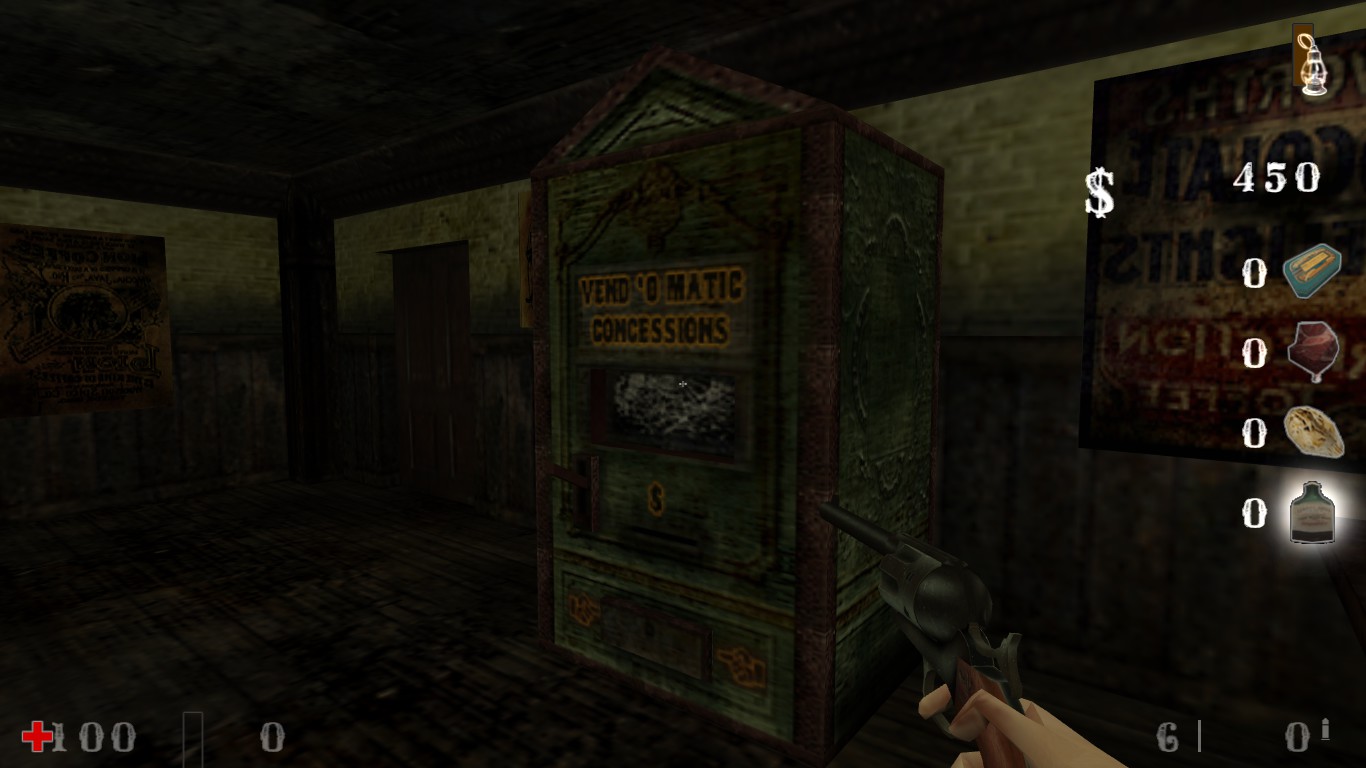 Vending machines! You need it? They got it. Provided you've got the cash, you bums. 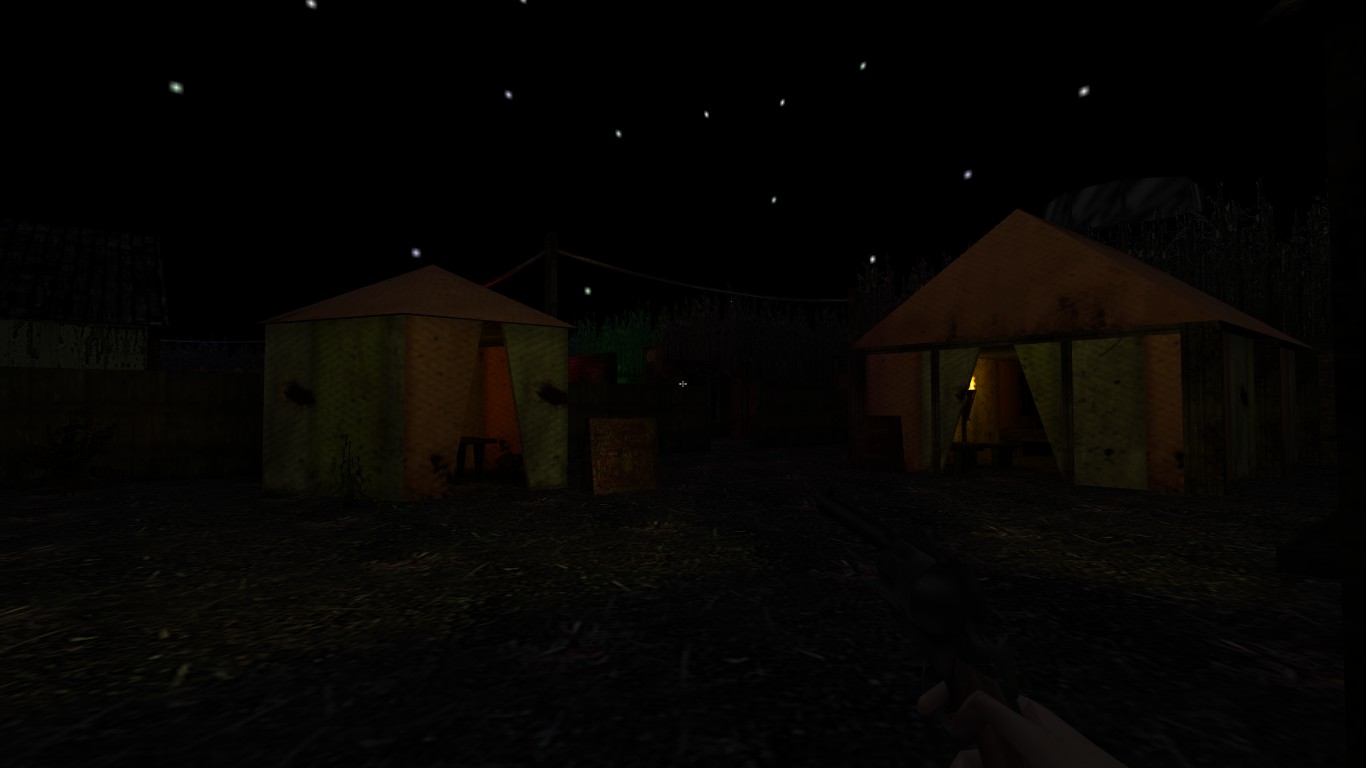 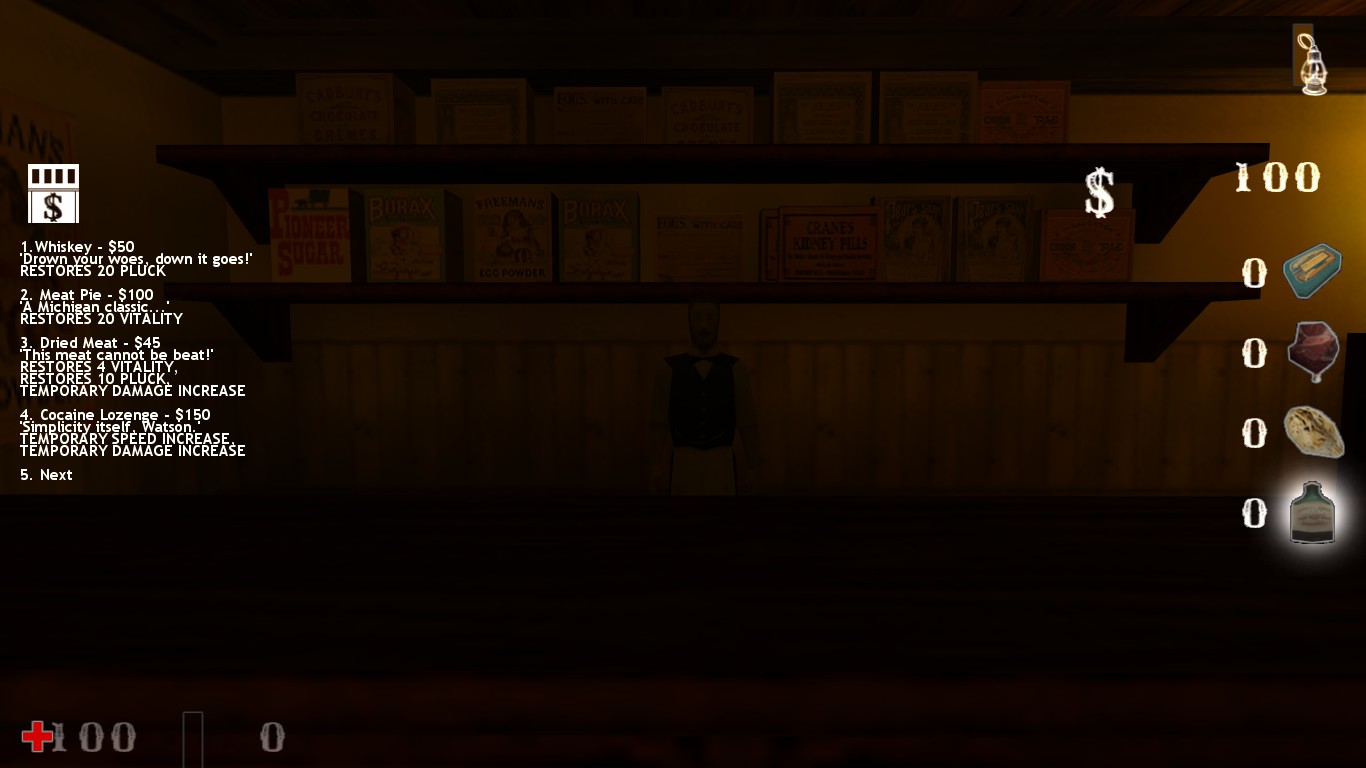 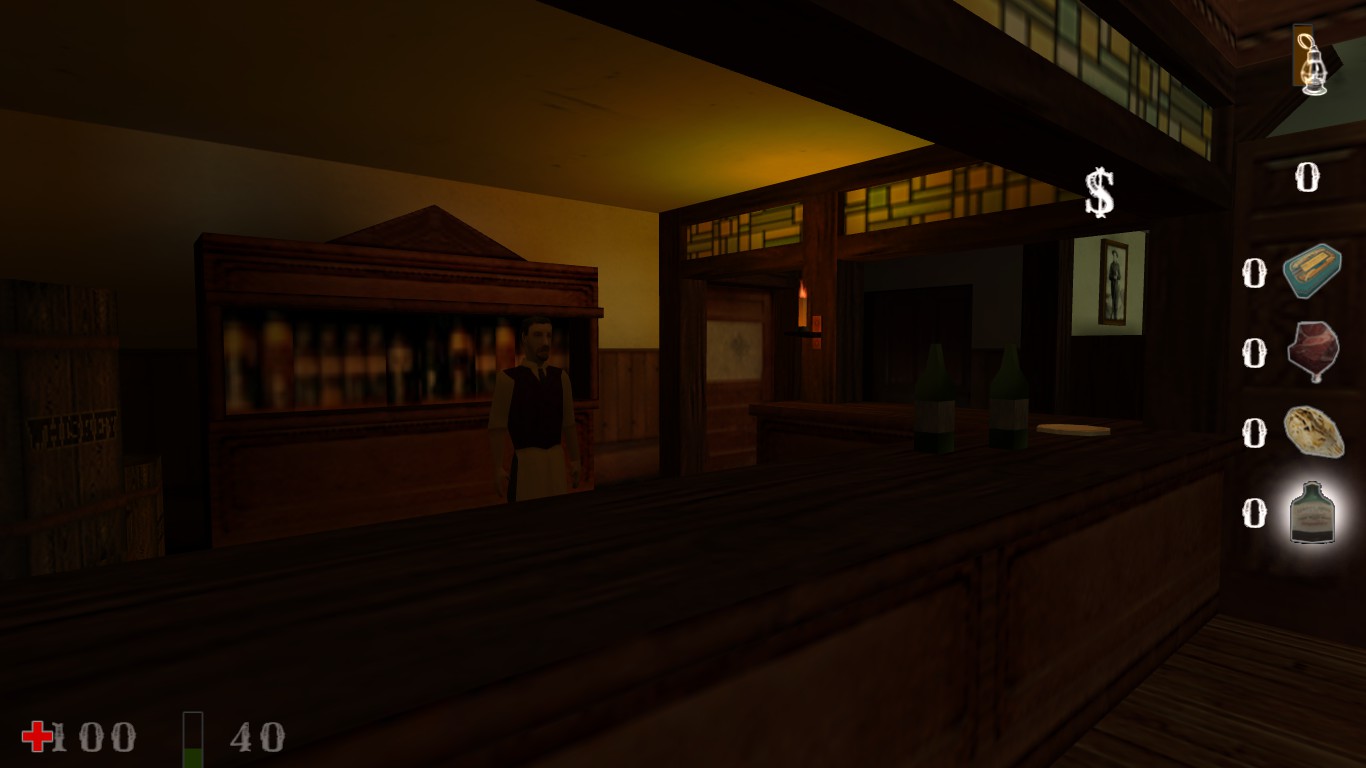 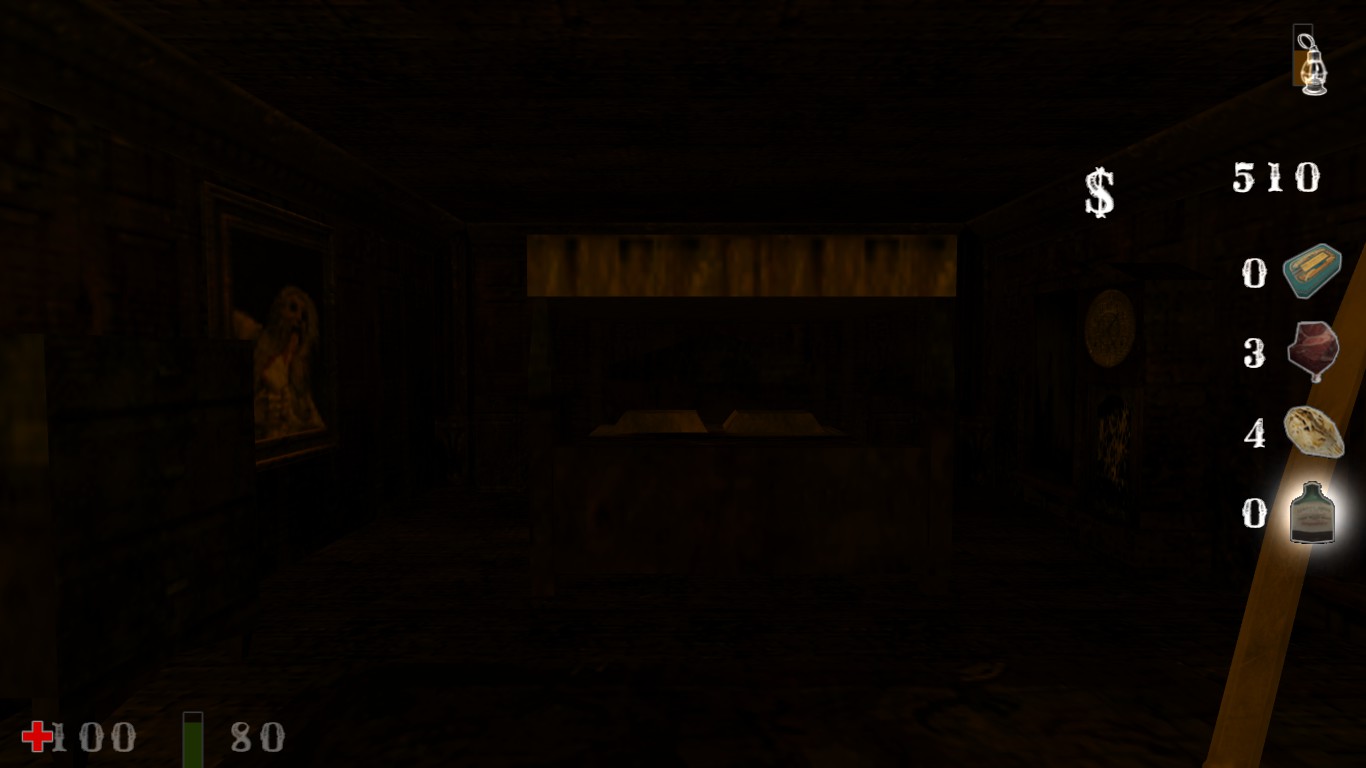 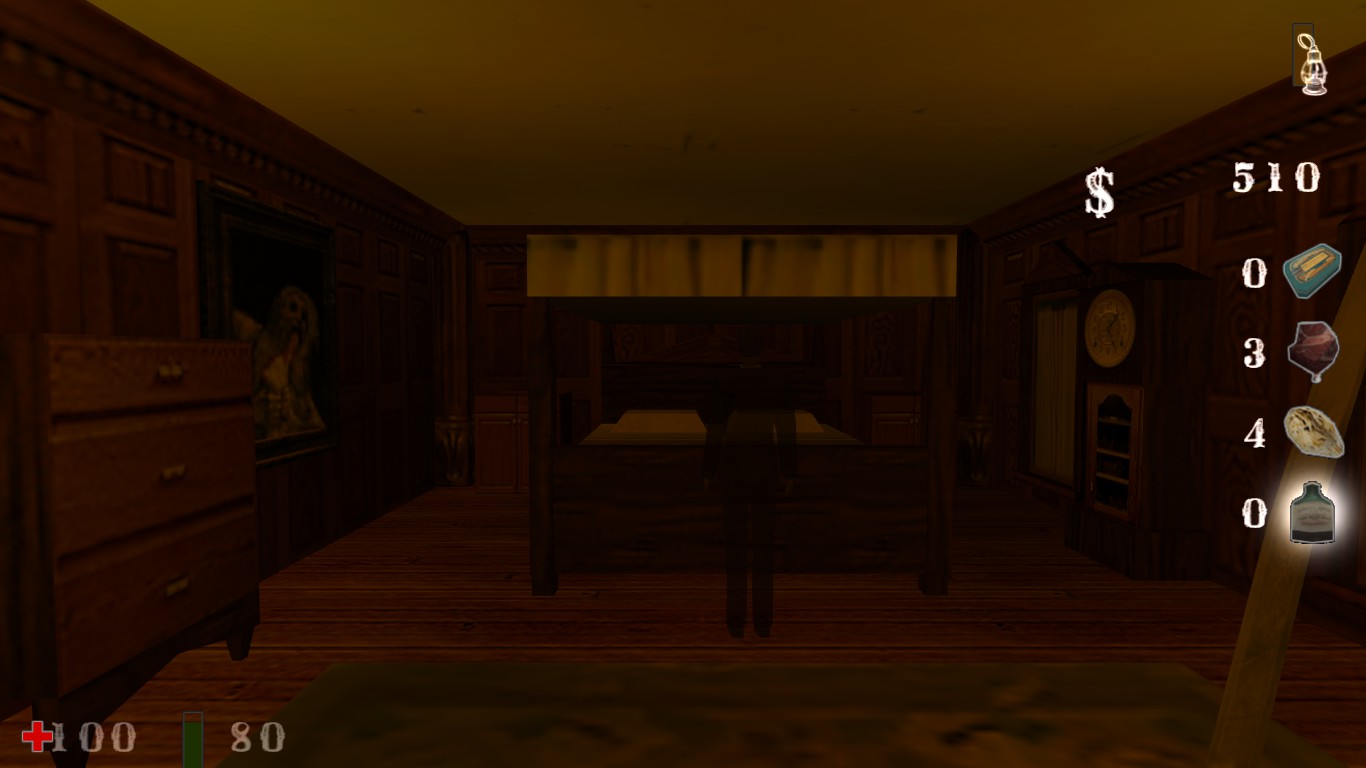 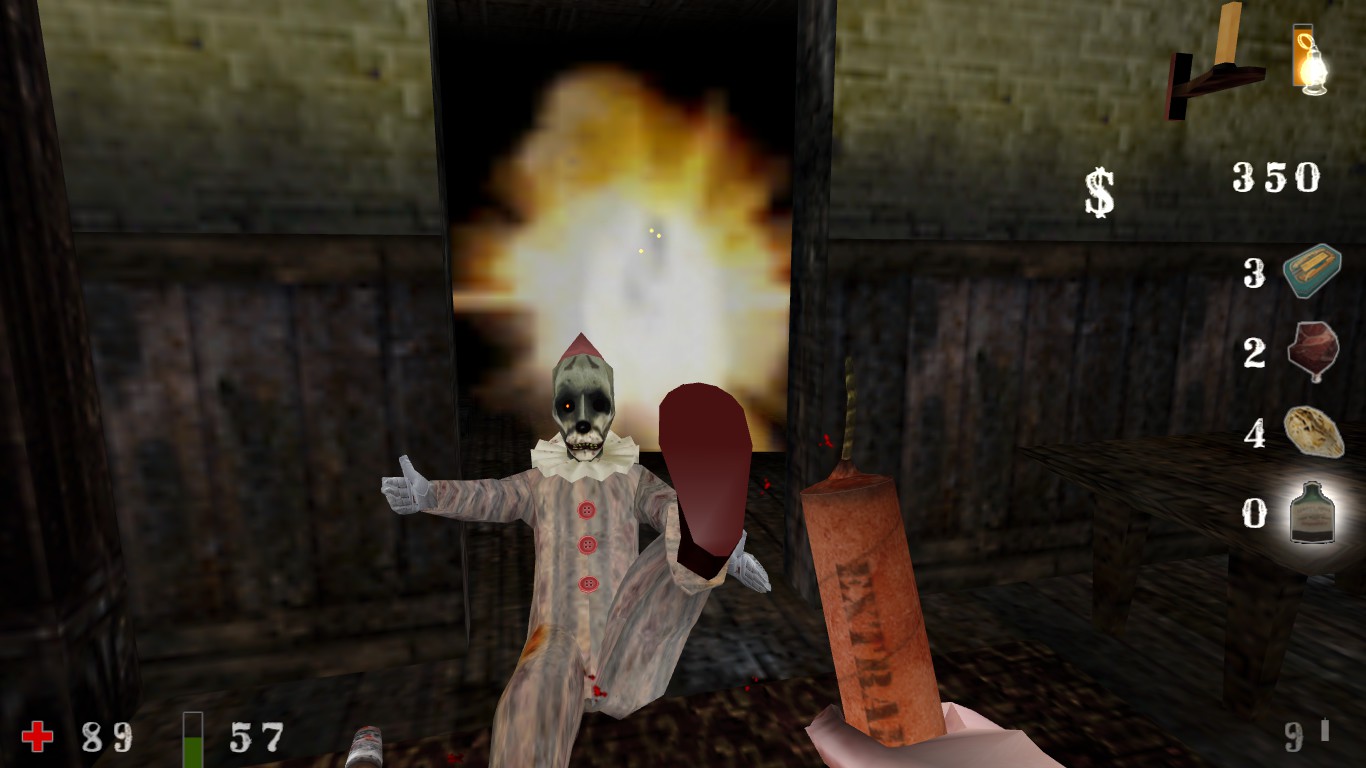 Knocking a clown on his arse with an explosion? Priceless... 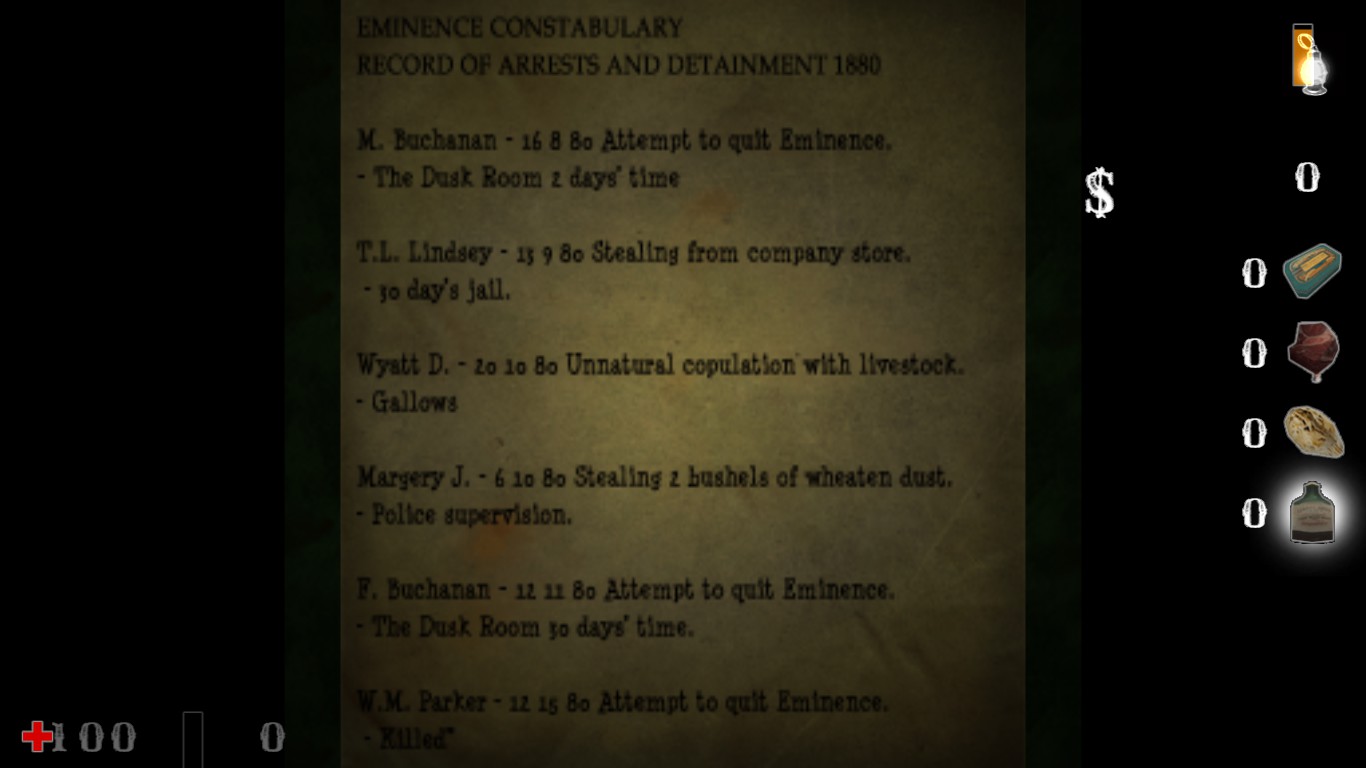 I know it might be asking a little too much, but don't cornhole the critters, okay?

Welp, that's all I feel the need to show you at the moment. I feel even this is too much. Gotta' save some for the big release, eh?

Thank you for your continued support, my friends! I'll see YOU in the game!

December's gonna be lovely this year!

gotta buy more Ague tunes to play this!
Congratulations for the progress!!!
Can't wait to play this masterpiece!

So Christmas will turn into a Half-Hell this year? Count me in!

Congratulations on just about finishing it!

Quick question: If it's done in September, why wait until December to release it? I feel like Halloween is more appropriate. Is it for the beta testing?

It's mostly for testing. The deadline for code is November 1st. I'd LOVE it if all that got done before then, but things come up.
After November 1st, it's Beta testing time. The only way a Halloween release would happen is if everything was completed by October 1st.

Oooo! Testing sounds awesome! Do we players get to test it ourselves or only chosen ones?

People who are adept modders and mappers, people who can keep secrets. There's a few rather big surprises.

"Life doesn't stand still for long", except for December, on December you're done!

The release of Parasomnia is now in my hands HA HA HA HA (yes, that's supposed to be an evil laugh) ^^

I can only imagine how traumatized all you guys are by just the word "file." I love how linguistic the script is! Very wordy! I'm also enjoying how the tone of A Fever Dream is here as well, how Asylum feels pretty warm and cozy and safe...for the most part in such a world of devilish insanity and curiosity, and how anywhere outside of Asylum feels cold and rustic. Dark and dingy. LOOKS amazing, can't wait to see how it PLAYS!

List of trigger words that can send us into a catatonic state:

releasesing it on Christmas isgoona be fine by me since because in the 25th of november i have tests, so it goona be a good relief

Good thing then! Glad we could be of service!