We talk about what the Foxhole dev team is working on including the Howitzer, the Factory system, and more!

The Howitzer will be a buildable, static artillery emplacement that is used primarily for suppressive fire again enemy infantry. Players will be able to take direct control over this structure and use it to support infantry advances with "moving barrages" or to defend against a siege. 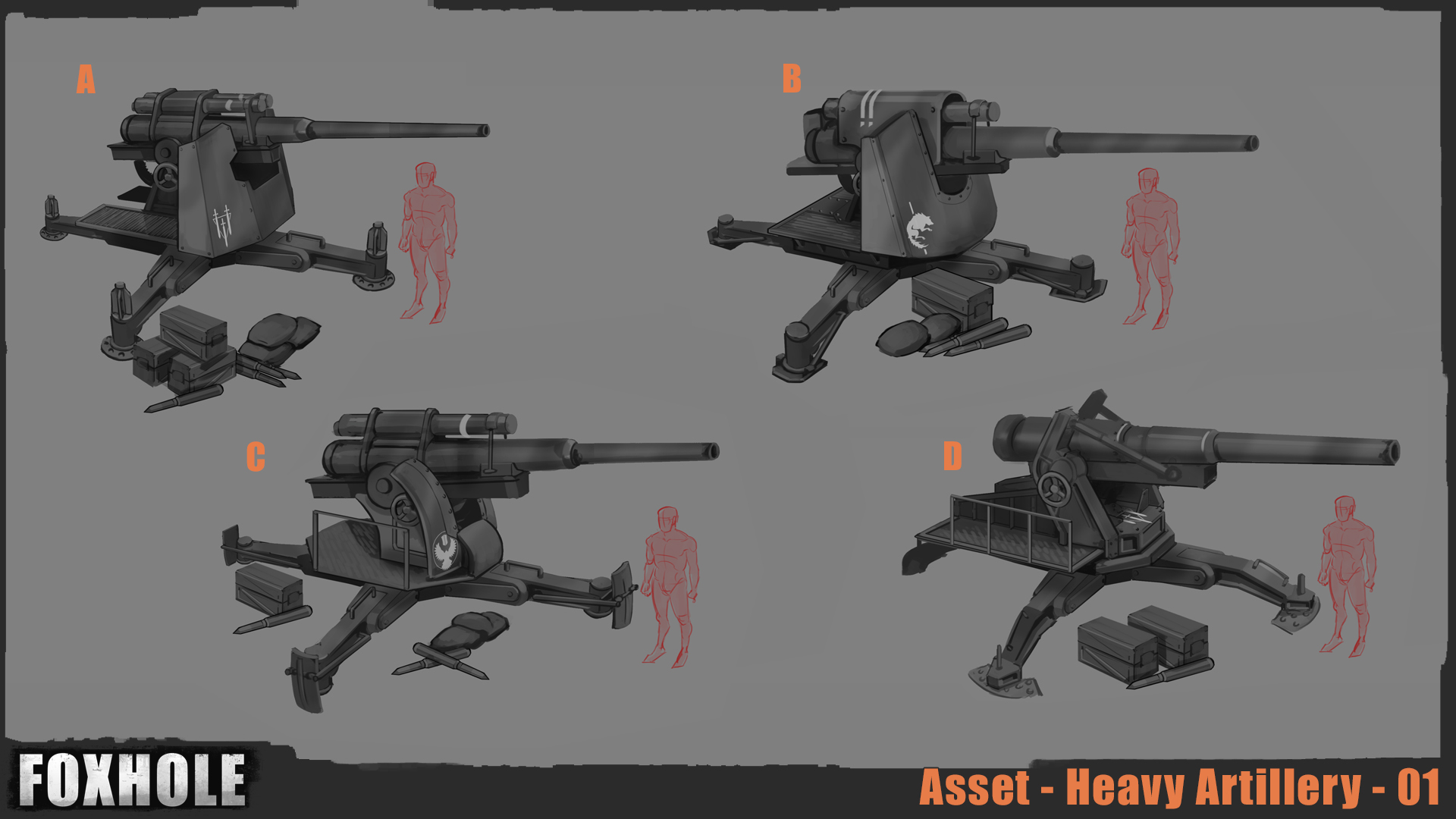 The Howitzer will be the second (but hopefully not last!) piece of artillery in the game. While the existing Field Artillery deals a large amount of damage against heavily armored targets and was useful for taking out structures, the Howitzer will be used to deal large area of effect damage that is most effective against infantry. It's used mainly to blanket an area with destruction and won't be effective at landing precise hits. When on the receiving end of a Howitzer attack, it might be useful to take cover in a Pillbox, Foxhole, or even a forest. 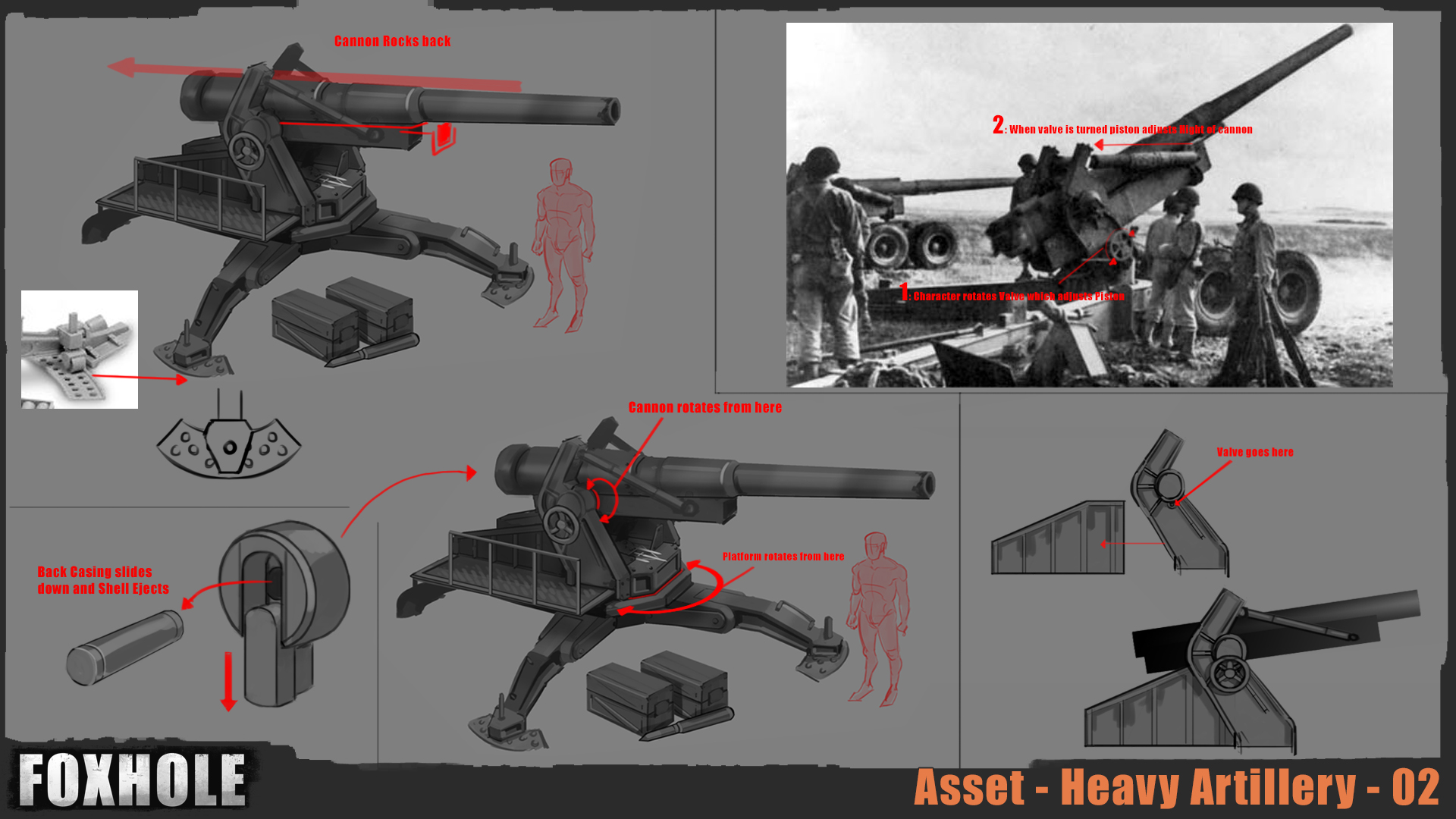 Technical concepts of the Howitzer

This artillery will require an operator to aim, fire, and reload and a spotter to call out targets and hits. The Howitzer will be one of the highest end structures in the game and will require quite a bit of effort to build. Not only will it require good amount of components to construct, it will also require a Structure Kit to build. Structure Kits are special items that will be required to build high end structures in the game. For example, to build a Howitzer, players must first produce a Howitzer Kit, bring it to the construction location, and then use it to erect a build site. These kits will be locked behind Technology Levels at the Factory. 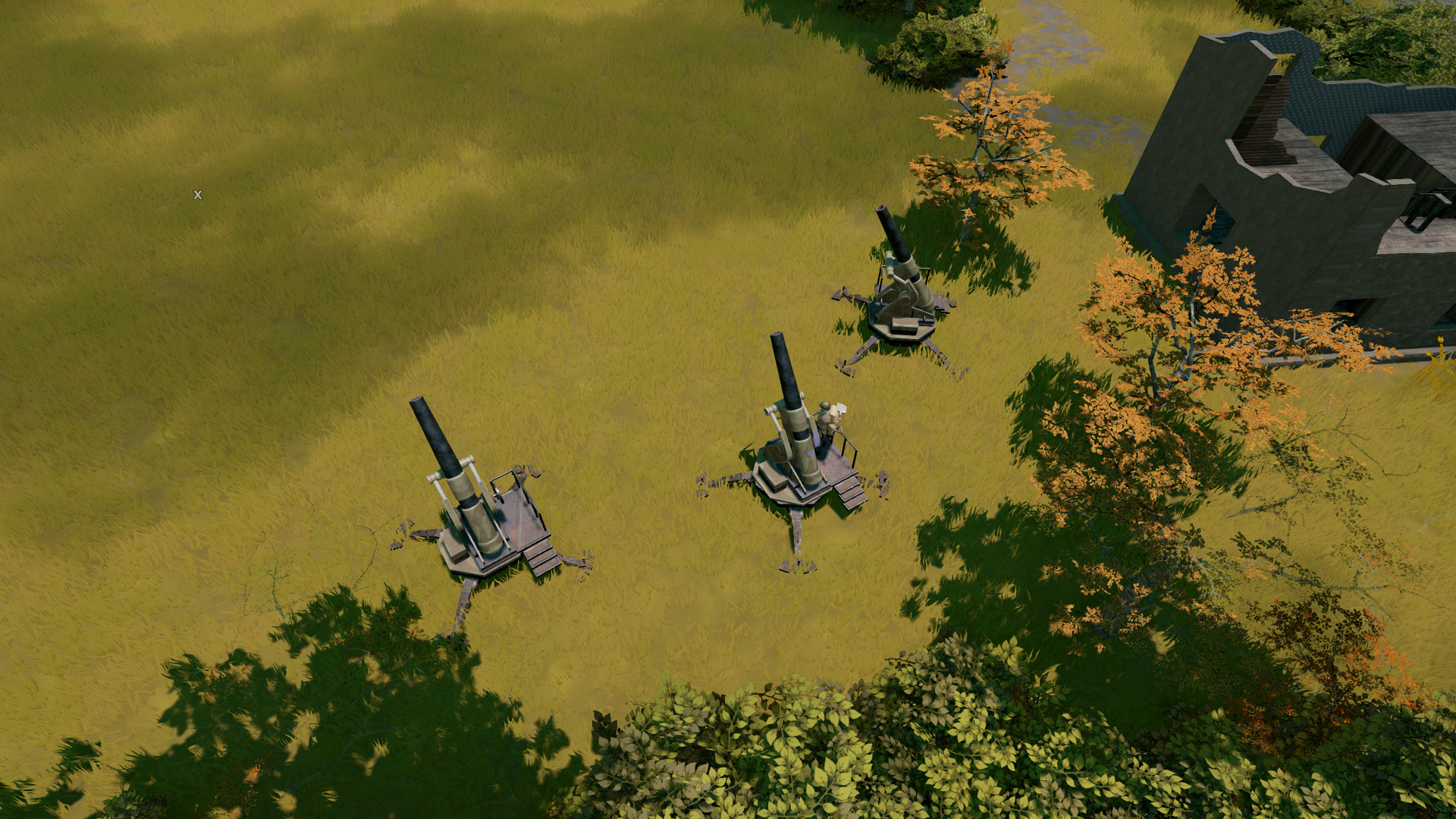 Howitzers deployed in the field

The Howitzer is also allowing us to build out the system for player mountable structures. Earlier in development, we had a version of this working in the form of a mountable heavy machine gun, but it was largely incomplete and was missing elements like proper character animations. We are finally able to complete work on this feature so expect more direct control player structures in the future.

Before starting work on a brand new map, we are going back to revamp the Upper Heartlands. This has always been one of our favourite maps due to it's open ended nature, but it also has a lot of room for improvement. We had our own ideas on what needed to change, but we also got a lot of great feedback from the community as well. 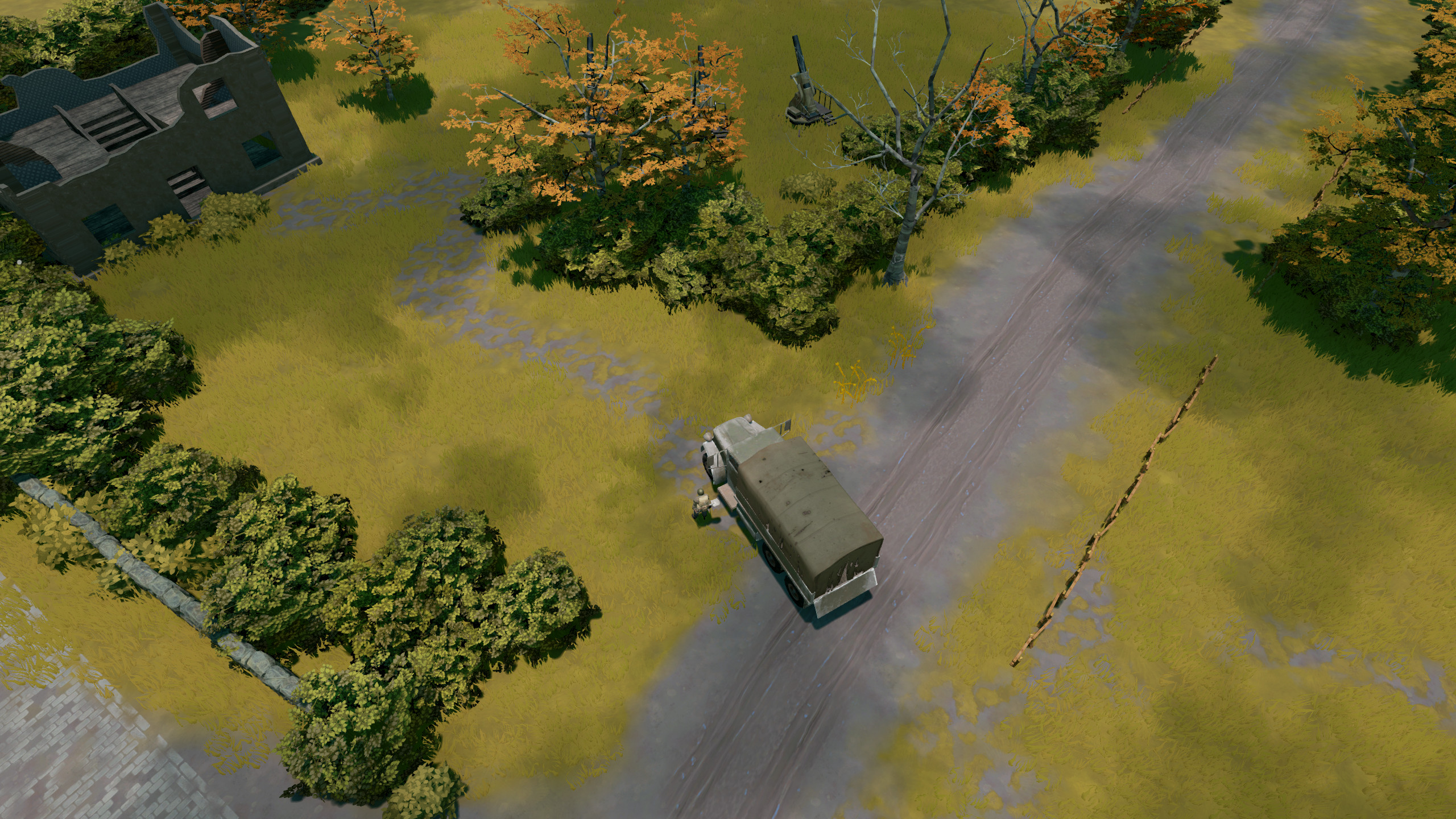 Besides gameplay changes, we are also refreshing some of the visuals on this map. Many of you guys have made it known to us that you're excited to see a Bocage Normandy style map filled with hedges, pastures, and rolling hills. While Upper Heartlands wasn't originally designed to fit this exact theme, we're excited to incorporate a few of these elements in a way that still fits the geography we have planned for this area. However, there is definitely room for a full blown Normandy inspired map in the future, built from the ground up. 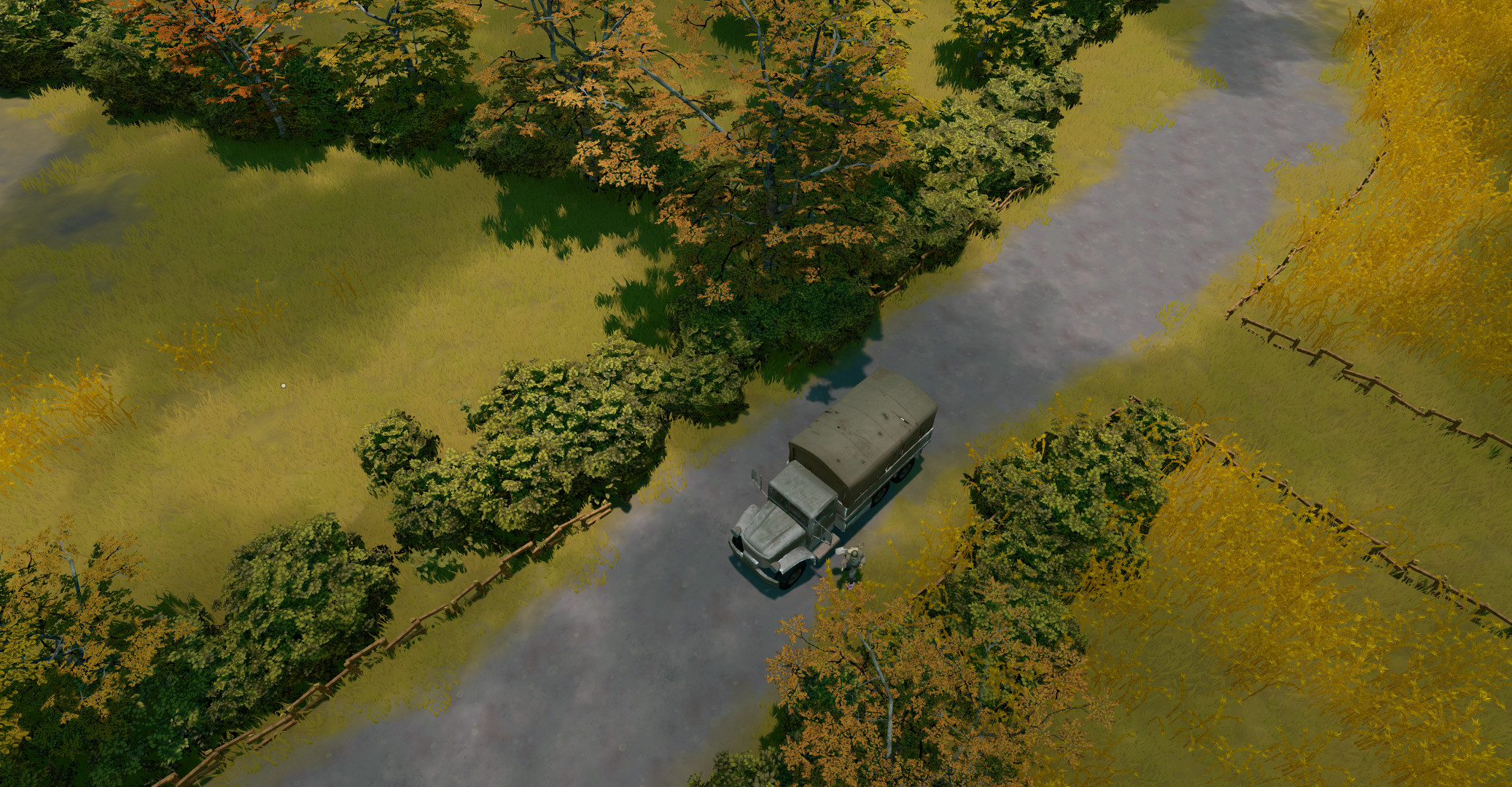 It's important to keep in mind that even after these changes, we will continue to iterate on the map in the future. Also, while we aren't going to be integrating every single suggestion from the community, we will be taking some of the ideas presented and use them in other maps in the future. 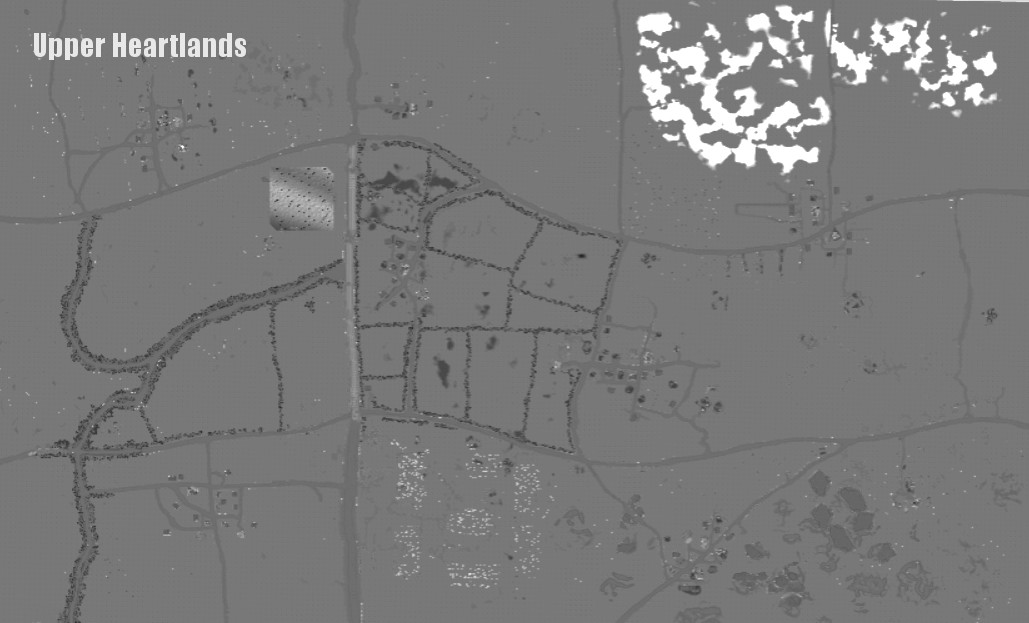 Aerial view of the new Upper Heartlands (Work in progress) 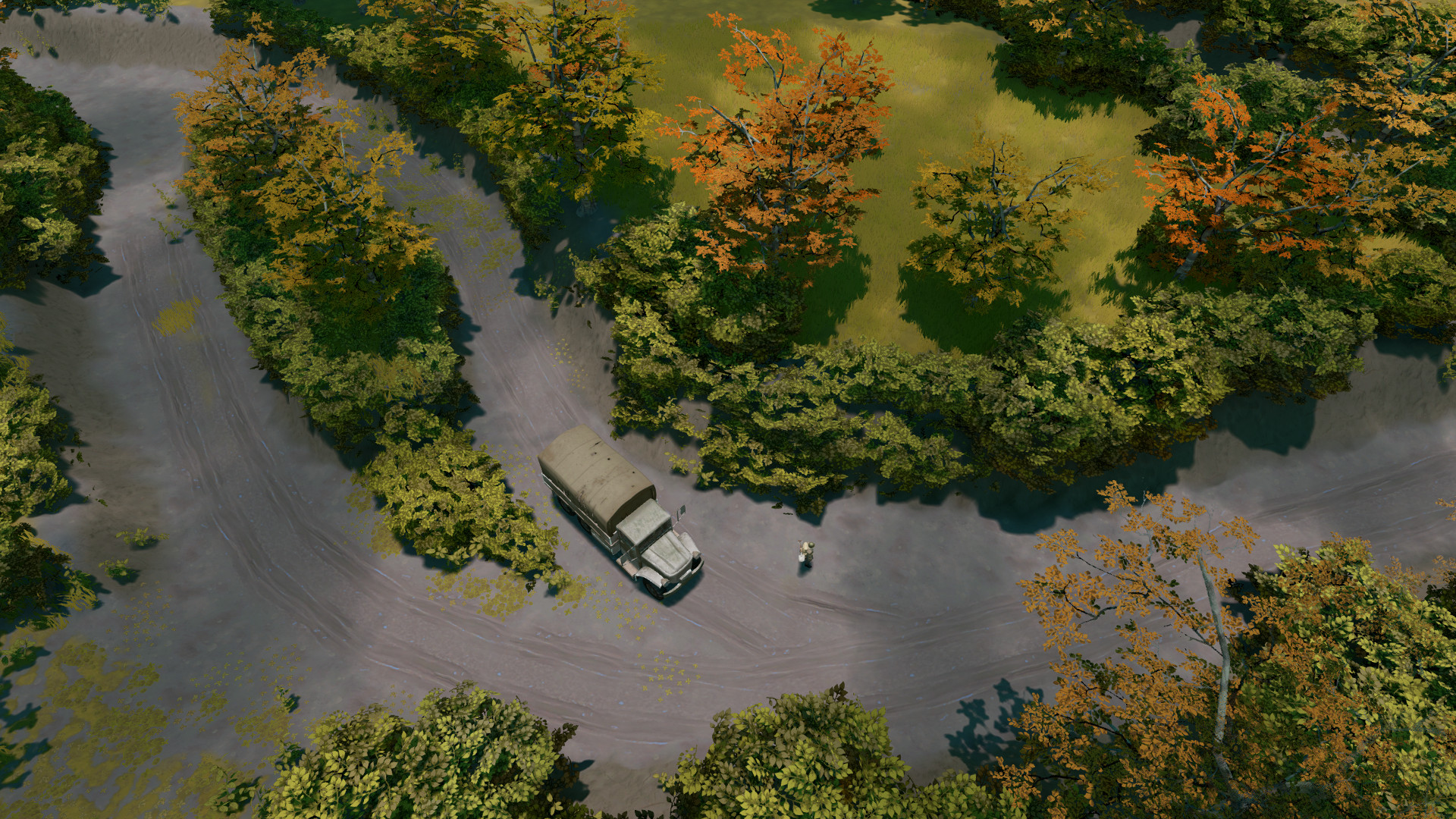 We're always thinking of ways to improve our in-game communication tools. The next feature we will be working on in this area will be Callouts. This will allow players to quickly send predetermined messages to other players. Think of this as a shortcut for common text messages. Instead of typing "Retreat" or "Enemies sighted at J5" into text chat you will be able to click on a wheel that appears on the HUD. 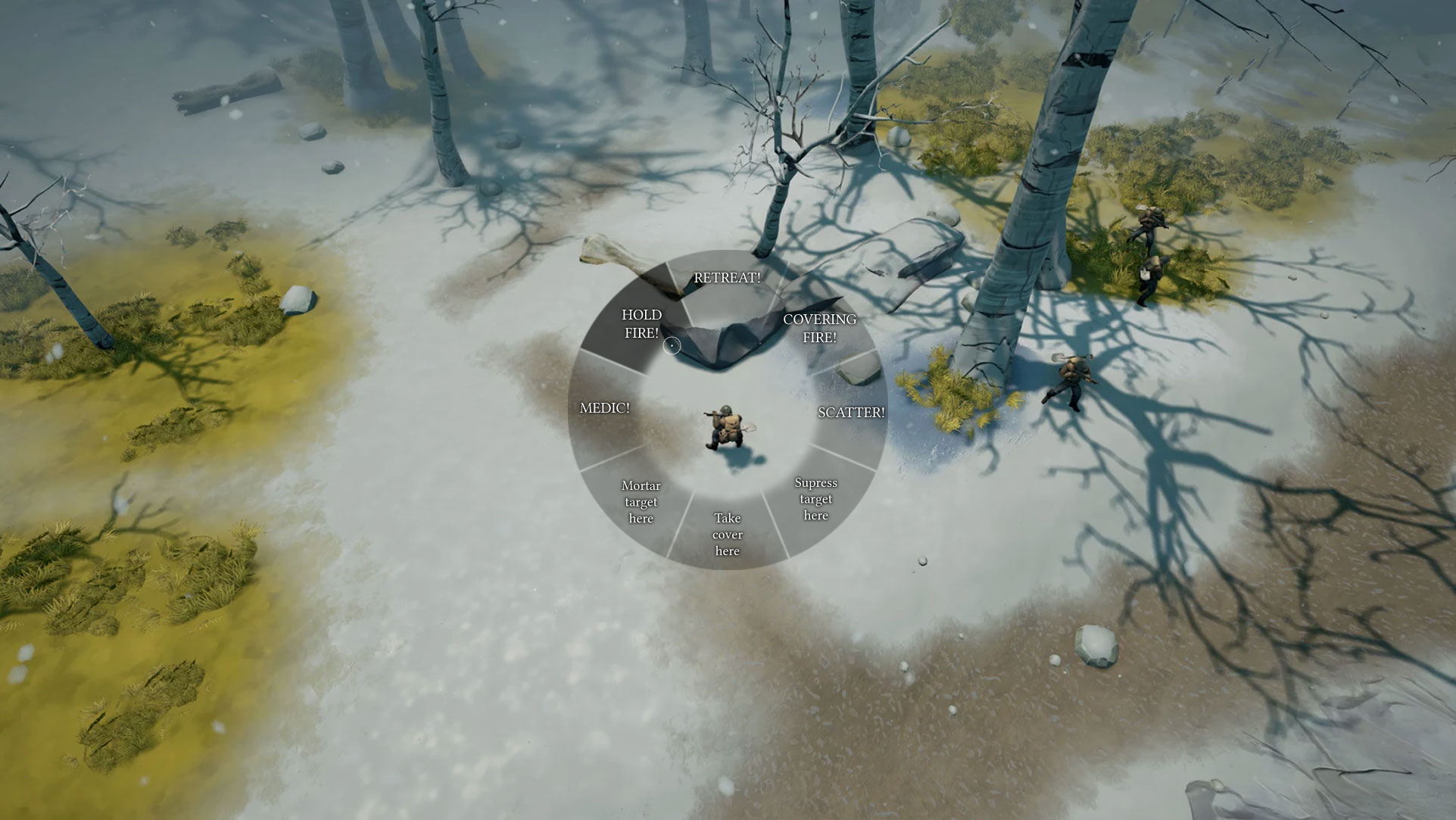