Post news RSS How we made the Spider boss in Recompile

We were pleased to see your reactions about the spider boss, so we thought we would take the opportunity to talk about how that boss was made with the Unity Rigging system.

Posted by DearVillagers on Aug 5th, 2020

We were very pleased to see your reactions about the spider boss in the last trailer, so we thought we would take the opportunity to talk about how that boss was made using the Unity Animation Rigging system.

For those you don’t know much about gamedev or animation, IK (inverse kinematic) rigging is how limbs of a 3D model articulate themselves in relation to the body without having to manually create all the animations for each limb. A good way to illustrate this would be to grab your hand and pull it up or down, then watch how your forearm, wrist & elbow move as a result. An IK rigging system simulates how a body part would react for a defined movement depending on the “bones” to which that part is attached.

In the video below, you can see how the legs operate when the rigging system adapts the limb to each movement; it creates a viable animation for our spider using various conditions detailed below.

As you can see, while the eight legs of the spider update their position according to the position of the base, we also add some additional rules to make it closer to how a real spider would move.

We hope you like this kind of content! We sure had a great time creating this boss & we can’t wait to see you encounter it in the game! 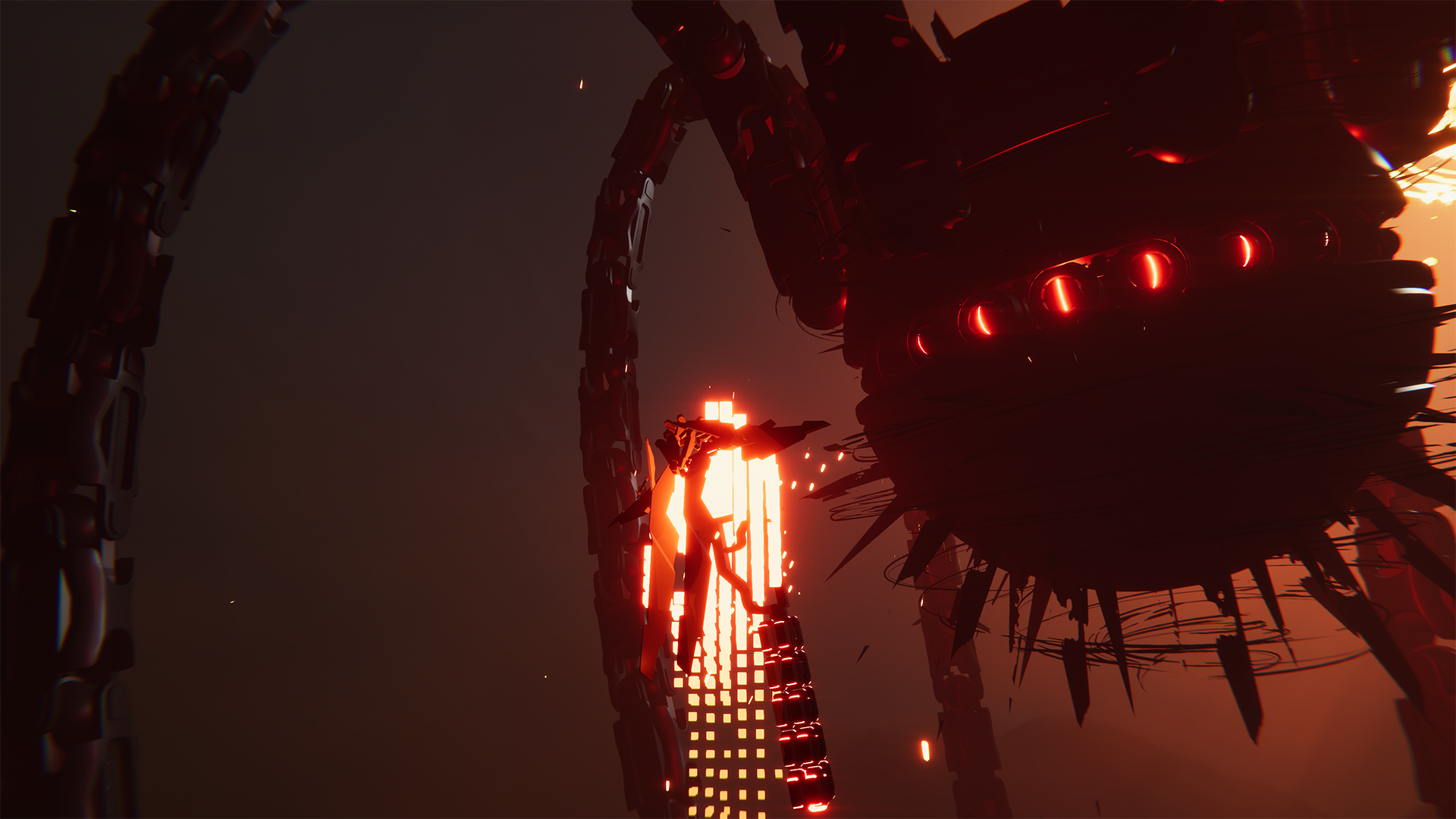 Very nice technology! Unfortunately I won't be playing this game, as the protagonist is glowing too intensely and it strains my eyes to just even look at Recompile for more than 2 minutes.