Post news RSS How To Give A Rock A Personality

An article about my first attempt to add some personality to the Digitanks.

The problem with digital tanks is that they don’t have faces.

Tanks aren’t like cars. Cars have faces. Once you see it, you can’t unsee it. Why do you think Pixar had such an easy time putting faces on the front of their automobiles? It’s easy to instill a vehicle with a personality when it has a grille and two headlights. I’ve never even seen that movie and I still remember that tooth-faced redneck jalopy truck from the trailers. Just by looking at the car I can imagine how it talks and acts. That character speaks volumes without saying anything and already I’m relating to him, thinking about all the country bumpkins I’ve met in my life. Just by having a face, the human mind assigns anything a personality. 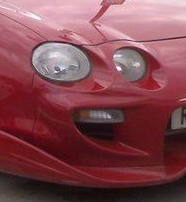 Tanks though? Tanks have about as much personality as a rock. I’d really like my tanks to have some character in them. Some life. I’d really like them not to be just polygons on a screen. I don’t want players to think of them as just tanks, but as “my cute little tankey buddy friends.” But, talking tanks is just crossing the line. Really, would you accept a talking tank? It works for cars, but it doesn’t work for killing machines. It doesn’t have to, though, because some of the most loved characters are ones that never talk. In fact, a common anecdote among writers is the “less is more” mantra, and no talking at all can often have a greater effect on the reader than volumes of dialogue. The difference between a box and an Aperture Science Weighted Companion Cube isn’t how much it talks, but the amount of personalization that the player projects onto the object. Valve didn’t even set out to give the player an inanimate lovable friend that would stand the test of time and win all of the “best incinerated sidekick” contests, but they succeeded so well with instilling personality into an otherwise lifeless object that here I am still talking about it, and the damn thing never spoke a word.

A long time ago I played a little indie game created for one of the LD48 competitions called “Commies.” It was a fun little game where the player runs around talking to civilians to try to keep them from joining the ever-spreading communist plague. The civilians would occasionally emit icons above their heads to show their emotion, but if they interacted with a commie then they would eventually become one, and it was your job to intervene and set them straight. I talked to the author of this mini-game, and he said something that left an impression on me. I don’t remember what he said exactly, but it was more or less, “Players will project a lot of personality onto a character given only a few cues.” It only takes one happy face floating above a civilian’s head for the player to think of the guy as having actual emotions. In the indie game World of Goo, the goo balls have little eyes and make funny “Gamako!” expressions when you pick them up, but that subtle hint is enough for the player to treat them as living things, getting upset when they “die” and wanting to save as many of them as possible. It’s much more effective to use subtle personality hints. Pokemon never say anything but their name, but everybody loves that little bastard Pikachu.

One of my favorite web comics is Girl Genius. It’s a long story about a girl who discovers she’s really a mechanical genius and can build amazing steampunk mechs in her sleep, which makes her a marked woman and she gets all caught up in blah blah blah, anyway, it’s a good story. One page in particular stood out to me because of its effective use of nonverbal communication. On this page a character named DuPree, who we know from previous episodes loves killing people, is put in charge of protecting the story’s antagonist from assassins. Due to entertaining circumstances she’s left unable to use her mouth, and the artist has her communicating using pictographs. It amazed me how effective this was. Suddenly a gag order is more efficient for developing a character than that character’s speech was. This was the kind of thing I wanted to try to take advantage of with Digitanks. My tanks couldn’t speak in words, but maybe they could speak in pictures? 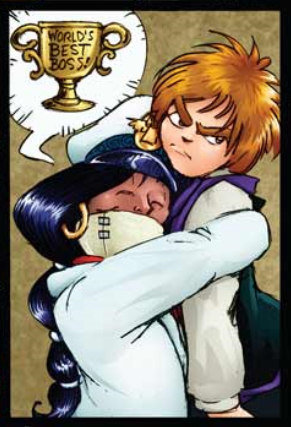 It’s a problem, though. If a tank could speak in pictures, what would a tank say? A tank could be happy that you gave it a command to attack, but what would that be a picture of? A cannon firing? If a tank missed, what picture would be sufficient for displaying its disappointment? If a tank got damaged how would it picture its pain? I couldn’t imagine anything that would be satisfactory for me.

Of course, the solution is usually simpler than you imagine it to be. I was talking on IRC with a friend of mine, who commented that I was using a lot of smileys. I was feeling pretty silly at the time, and I had given her one too many smileys for her liking. They can come across as childish if they’re overused. I justified it to her saying, “They’re a pretty easy way to communicate an emotion nonverbally.” That’s when it hit me. 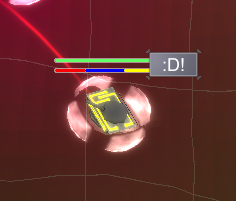 It makes perfect sense that digital tanks would use text smileys to communicate. It all fits with the digital theme. The problem is integrating the smileys into their digital environment without them appearing out of place. My first try was with the cartoon-style word balloon that you saw in the post where I announced the demo download, but that didn’t really work at all. The classic speech bubble style looked too out of place in the digital environment, so this gray gradient (or shall I say, GRAYdient? lawl) approach is an incremental improvement on that. I’m also experimenting problems with people who think it says, “D” instead of being a smiley, and I’m still considering how to approach that problem. I’m still experimenting with timing, with different smileys, and with the presentation of it, because I think that one of my biggest challenges will be presenting the smileys in a way that players accept it and use it as a channel for bonding with the tanks.

In all honesty, I’m the Doctor Frankenstein who instilled these tanks with their fabricated emotions, and even myself I’m starting to imbue them with actual emotions. Seeing a tank >.< (wince) when it gets hit almost makes me feel sorry for it. I resent my little tank buddies for zzz (snoozing) when I take too long to give it an action. I even share in the tank’s <3 (love) as he happily goes about executing the commands I issue. If it works for me then it has a good chance of working for others too. In time I hope to develop this concept so that the Digitanks become a beloved digital character to supplement their destructive prowess. The next time I get around to uploading another video, I’ll be sure to include the smileys so you guys can tell me what you think.

fella, you are big damn genius!!!
of course i dont think that hit my poor takies is good for them so i would try harder to protect them :)

anyway, im not sure that the GRAYdent works too good, why not try whit a like screen graphic that shows smileys whithim them???

yes, i know its a plain bad idea but its something to start of

hmmm, this make me think on electric dreams movie...

I like it! It's better than the GRAYdient in my opinion. :) But why not just have the 'smiley' upright? Is there a reason for it to be sideways? I think it'd be a bit easier to visualize the emotion if it's upright.

Great idea Vino, you can however instill personality in a rock...
Cutegeek.com

It even talks and stuff and can transform into a true rock.
When it dies it often says something like: "Magmor dieee" or "Magmor Sleep"

@imagic: Wow! Did you draw that up just for me? I'm honored!

That's funny because that kind of angular design was the first one that I tried out and I couldn't get it to work to my satisfaction, but that's back when I was using the black-on-white classic speech bubbles. But I like what you've done with it! It might communicate "talking tank" better than mine does. I'll keep this around for when I come back to the bubbles.

edit: Funny how a lot of the responses to this article are people trying to prove me wrong about tanks and rocks having personalities :P

I was not keen of the GRAYdient bubble but imagic2064's idea looks real nice.
I also liked the "!" over heads in MGS too :P
sweet work!

if you need some help count whit me, no need to be honored, its just an idea.
i must go work now but later at night i will try to make more designs, till then!!!

Oh you're so kind! I can't really encourage you to keep working on it though... I appreciate the effort but I'm not really in a legal position to take work from other people at the moment :)

You could probably solve the 'invisible :' problem by reversing the gradient, so that the colon is on the darker side, allowing it to stand out more.

legal... legal...
just say you done it for yourself!!!
hahaha