To develop an Exotank, the team needs to go through a huge number of steps, which may not always be understandable to ordinary users. It would seem - invent a feature of the machine, draw it, and here it’s released in your game. But no, everything is not so artless and straightforward. And today we would like to talk about how tanks are actually created on the example of the Exotanks project, which is in closed beta testing. 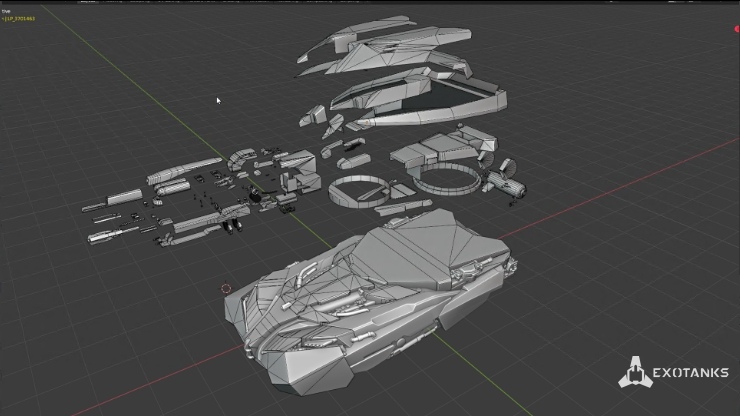 By the written above, we mean the following: suppose, there are a long-range assassin and a close combat warrior in the game. It turns out that at this point in the game there is a lack of a medium-range fighter. And if there is a concept of a tank with exactly this gameplay among the ideas, it will be considered primarily.

Having decided on the idea the game-designers start to work out the future gameplay and develop its formula. This includes the development of synergies between the skills of the tank as well as the development and initial balancing of its characteristics.

At this stage, the developers are primarily focused on their vision, without knowing what the machine will look like. The main difficulty at this stage - the need to create a set of skills, which together will give players unique gameplay. This special task is solved by the following formula: initial idea + specific needs of the project / on balance frames and * on project peculiarities. Frankly speaking, each development process is peculiar and the main work is carried out by the game designers. 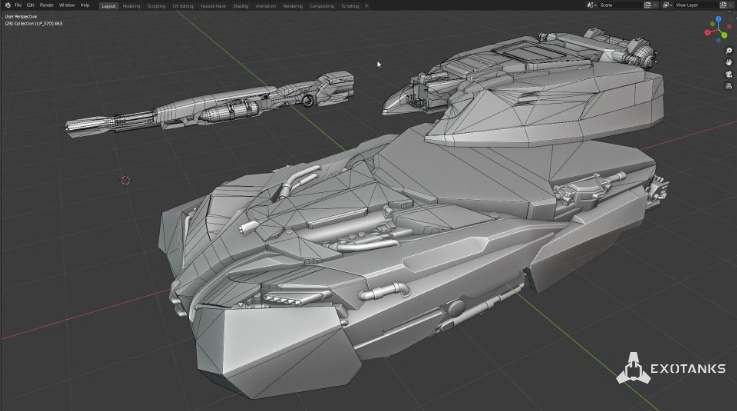 Having sorted out the concept of the tank itself, we move on to its visual elaboration. As mentioned above - the developers are not limited by the historical framework, so their main constraints are fantasy and setting. So the paper concept of the tank gets on the table of the artist. And he starts to work.

The machine design development process is a linear process. Initially, the idea is passed on to the concept artist, which makes sketches of the future Mars rover approximate appearance. As you have already understood, at the early stages of work, the main activity is carried out based on the creative vein of the team, and afterward moves to a more pragmatic and tangible direction.

After approval of the proposed variant by the team, a 3D-modeller comes into action. He creates the model that you will see in the game. It is the modeler who is engaged in cutting the shape of the tank, working out small details, dimensions, in general, elaborating even the smallest details.

We are preparing for the introduction to the game. 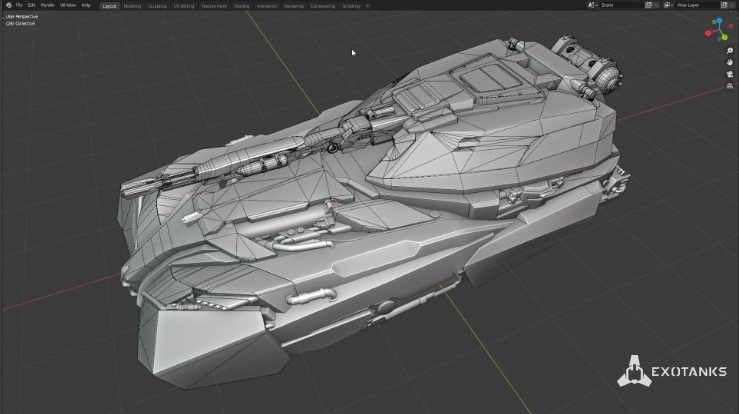 Having finished with all design intricacies, the created frame goes to the stage of texturing. As maternal developers like to say: "At this stage, the model has stretched textures. True, in this production period, the technique gets its game color and becomes "watched". We don't tell you all the technical details on purpose so as not to overload you with unnecessary information.

In fact, after all these steps, the machine finally gets to the game. The developers add it to the project client and it becomes available for everyone. But this is not the end of the development process, as the process of improvement begins. It is simply impossible to release a perfectly balanced game essence without additional tests, so there is no question "Can you do without tests".

And then you already know everything.

At this stage, the hidden from the player part of tank development ends and begins the time when players begin to contribute to the balancing. It is the user who provides enough information to work effectively. There are several options for balancing ... Someone calibrates the force of the tank solely on the statistics, others measure the force of the top players, but you know - it is always important to find the golden mean. It is simply impossible to achieve a perfect balance, but to get closer to its most possible variant is necessary.

Here we would like to finish the material. I hope you were interested in and learned something new for yourself. In the future, we will definitely continue our cycle and reveal more game-design secrets.