In this post we will go through the basic game mechanics of Prisonscape. In the first part we'll do a short summary on basic statistics, skills and jobs.

I've written before about the game mechanics in Prisonscape, but since there has been a pile of updates and tweaks on the system, I thought it would be good idea to do a new summary about them. Here are some of the basic features and their descriptions:

In the game there are three main statistics: strength, agility and intelligence. Every task you do is somehow related to these statistics. For example, if you try to punch your enemy in a fight,you will use strength or agility as the base of the attack (this depends on the type of attack). In addition, you skill level is usually added to this "skill throw". 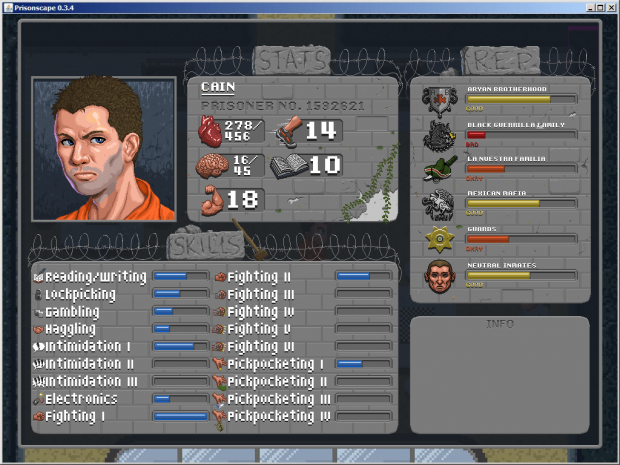 Let us have an example:

Let's say you have strength of 50, agility of 40 and intelligence of 40. You want to intimidate another inmate to give you some smokes. This task has a difficulty rating of 50. For this, you'll use the average of your intelligence and strength ((50+40)/2), 45 and add any possible skill bonuses for the throw. Each skill throw get added "dice roll" of number between 1-10 to add some randomness to the game. Since the player has no intimidation skill, he gets no bonus for the throw. To make a successful skill throw, the player needs to "throw" at least 5 on the random dice roll (45 + 5 = 50). This same mechanic will be used in every task of the game, but in addition there can be some random variables (stunned or enraged in a fight, badly hurt when trying to pick pockets, etc.) that affect the final score.

There are several ways to increase your base statistics. Training by yourself is the least effective way, but you'll get better results if you practice with a partner. Statistics also go up once they are used (skill throws, fights...).

Skills will give you bonuses on your throws. In addition, they give you random bonuses when your skill level is high enough, and with fighting skill you get new attacks once you advance. With crafting skill, you learn how to make better and more durable weapons as your skill level goes up. There are also several ways to increase your skill level or learn new skills. Some skills you can train from the books, but for some you need a trainer. Skill levels also go up when they are used. Jobs
Jobs are the quests of Prisonscape. Doing jobs for other inmates and/or guards will get you rewards such as smokes, dope, weapons and money or increase your reputation with factions. Doing jobs for rivalling factions will of course affect the opposing faction in a negative way (Black Guerrilla Family members won't like when you deal drugs for the Aryan Brotherhood). 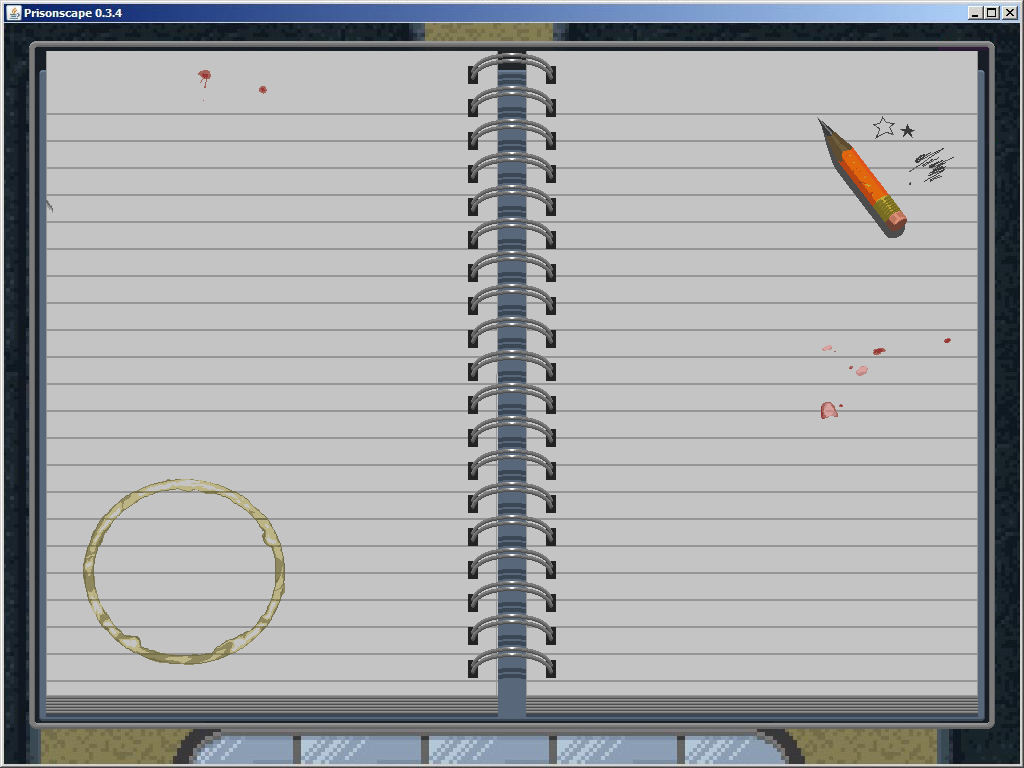 Jobs can be acquired from inmates, guards or straight from the environment.

In the next part of this game mechanics post I will go through the fighting mechanics, how reputation works and how inventory and items work in the game.

It's a good idea, looks more neat, easier for eyes and all. Just plain better than pixel UI.