Post news RSS How the Eco-Sim works: The Players' Lifeline

An in-depth look at how the simulated ecosystem works in Eco, running 24/7 and serving as the source of all resources in the game.

Eco is a game that requires balance. Exploiting the maximum resources possible will quickly deplete and destroy the world you occupy, but taking nothing from the ecosystem will be equally devastating: a meteor will hit the planet and destroy everything anyway.

The answer lies somewhere in the middle, and to navigate that you must understand and interact with a sophisticated simulation. Twenty-four hours a day, a simulation runs in Eco that processes the lives of thousands of plants and animals. These are individually simulated, and the AI of each animal determines how it interacts with other animals (as predator or prey), how it feeds, reproduces, lives and dies. When you log out of Eco at night, the world will not be the same in the morning, as it lives on with or without you. 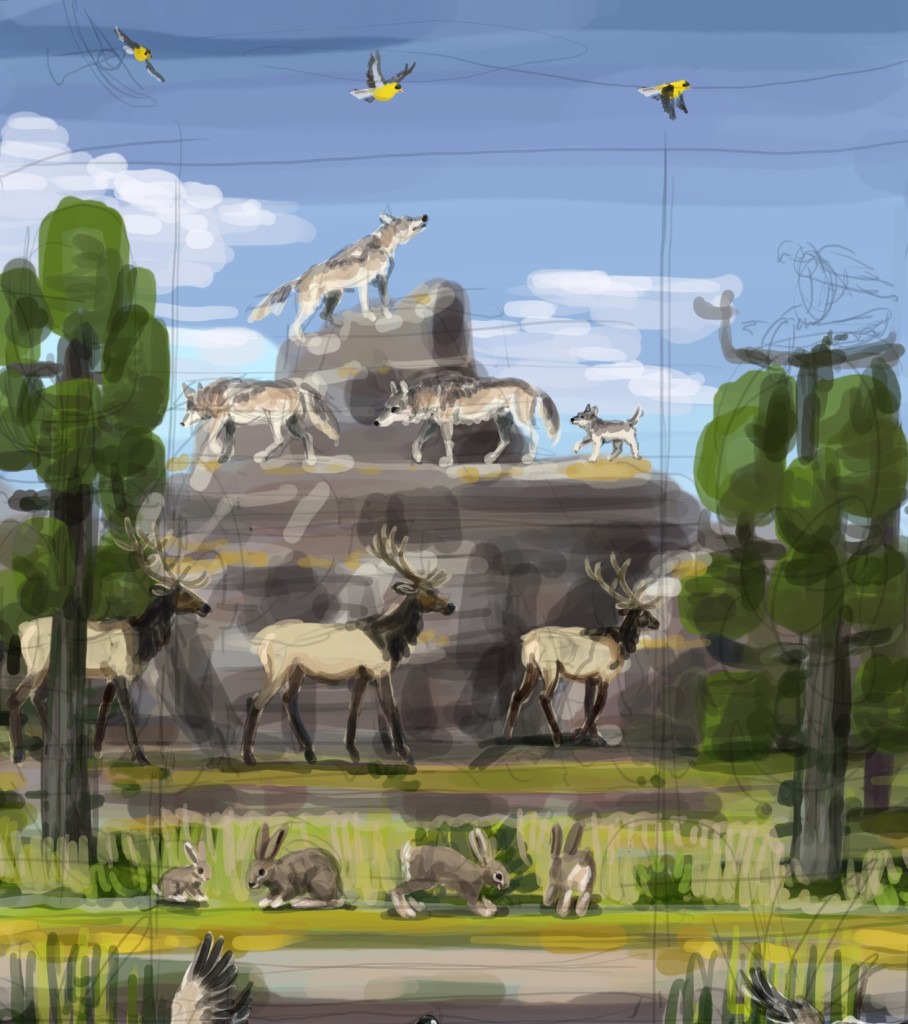 Left to its own with no player intervention, the populations of plants and animals will form boom/bust cycles over time, as the population of one grows and its food source dwindles, than the reverse as consumers run out of food, reproduce less, and their populations consequently reduce. Our first biome is based on the Pacific Northwest ecosystem, with plants and animals from the region interacting (wheatgrass, camas, elk, marmots, hares, wolves, etc). The behaviors can become quite complex, with wolves engaging in pack attacks, habitats that can be disrupted by humans, food webs, nesting, hunting, and much more. We intend to add more biomes (watch for our Kickstarter to take part in choosing which biomes we create), and will introduce aquatic biomes that influence what’s happening on the land, matching all of them closely to real world ecosystems and implementing lots of interacting species.

The simulation runs with a much accelerated time scale, with each real-day representing roughly a year (it varies between systems, with technological advances simulated at a far faster rate than ecological effects). Players can witness events happening real-time in the game, or they can explore them in graphs. Each Eco server (which is either run by us as a public server, or by individual users who may make it private or public) tracks all the information about what is happening in the environment over time: population levels, hunting rates, pollution rates, birth rates, death rates, etc. If players create in-game objects to gather this information it appears in the graphs, providing valuable information about how the environment is functioning.This information is extremely valuable, because the ecosystem is your lifeline in Eco. In order to build the technology you need to survive and stop an impending disaster, you’ll need to take resources from this world in massive quantities. Done trivially, this would be incredibly damaging to your environment and destroy your world before the external threat even strikes; rather, players must find a balance to use as they try to save their world, and they must do so as a group. Making any kind of decision as a group can be difficult, let alone when those decisions can mean life or death for your world, and to allow players to make these decisions we’ve allowed players to create laws that bind their actions (see the blog post here). 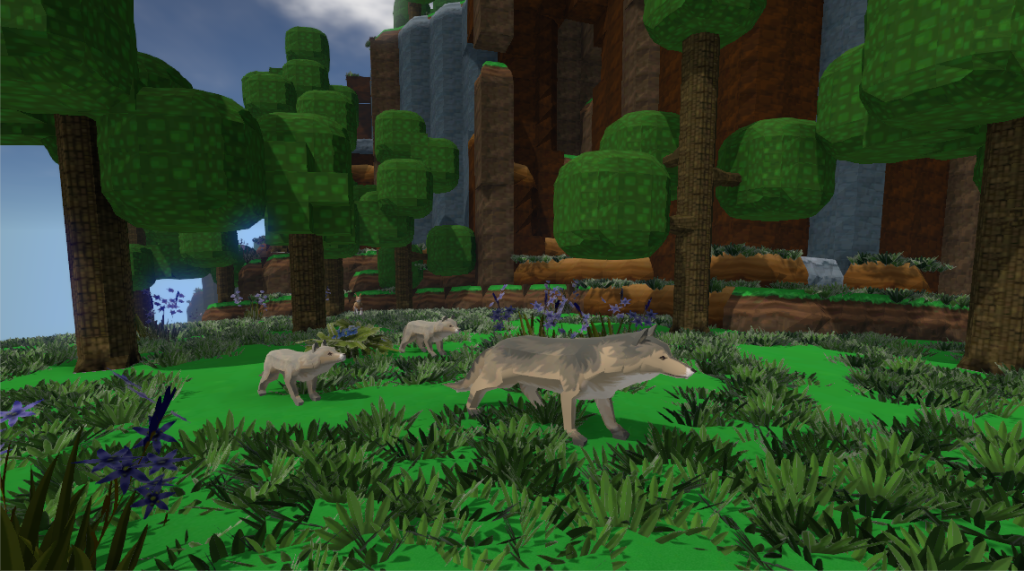 There’s a lot of gameplay in Eco that happens outside the immediate mechanic of the game, and that’s where some of the most interesting gameplay moments are. Players will use external interfaces (ie, a web browser) to query the data provided by the game, and use it to understand what’s going on in the ecosystem. The environment of Eco doesn’t come with an instruction manual, and understanding what is going on and what’s causing it will be a topic for player discussion and conflict in the game. I fully expect people’s individual incentives to guide their analysis of what is going in the world (a woodcutter is going to deny that deforestation is a problem, for example), and that kind of blindness can lead the world to ruin. Having that experience and recognizing its effect in retrospect after a destroyed world will be an incredibly powerful thing.

Because we’re simulating plants and animals individually (rather than as a statistical approach like many other ecosystem simulations), every layer of interaction is visible, and the effects of players at the smallest level can have rippling effects. Teasing out these effects and understanding how to have the most balanced impact will be very difficult, and arguing solutions to your fellow citizens even more so. There’s a variety of skills at play here: actually creating in the world, and then understanding scientifically what’s happening based on data, and then arguing those decisions to other players. Connecting gameplay across multiple disciplines and skill-sets and groups of people is a goal of Eco, it’s a game of complex problems and complex solutions, with significant consequences for the world that we all share.

Looks great. I love simulations of this kind.