Players define what is allowed in Eco as a group, proposing and voting on laws. This news post announces how it works.

The world of Eco is an incredibly reactive one, and whatever any player does in the world affects the underlying ecosystem, potentially in destructive ways.

With so many players in a world, how wouldn’t the world instantly be destroyed, whether purposely by trolls or through greed/ignorance, by a small number of players? 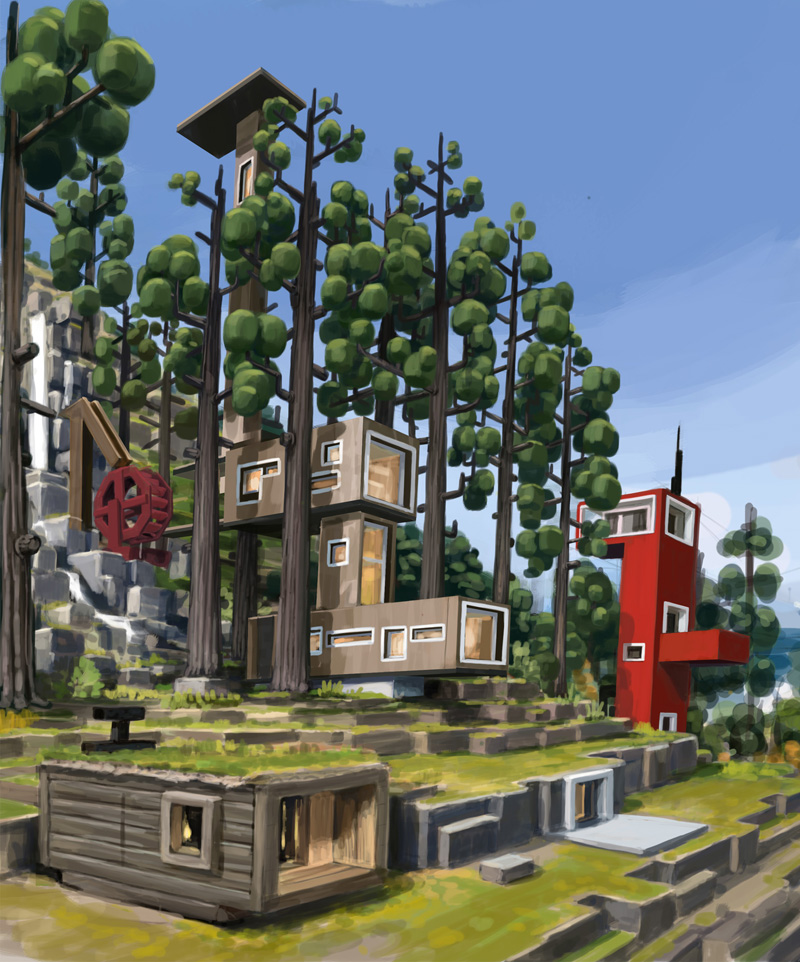 The solution to this is the player-run government, and running it is a huge part of gameplay that all players must participate in.

The Needs of the Many

The player-run government will be incredibly powerful, because laws will be binding. That means if the government decides that each player may chop down only 10 trees per day, attempts to chop down an 11th will be rejected by the server. Individuals arephysically bound by the decisions that the group makes, essentially simulating a perfect criminal justice system (more on that later and how we plan to evolve it). 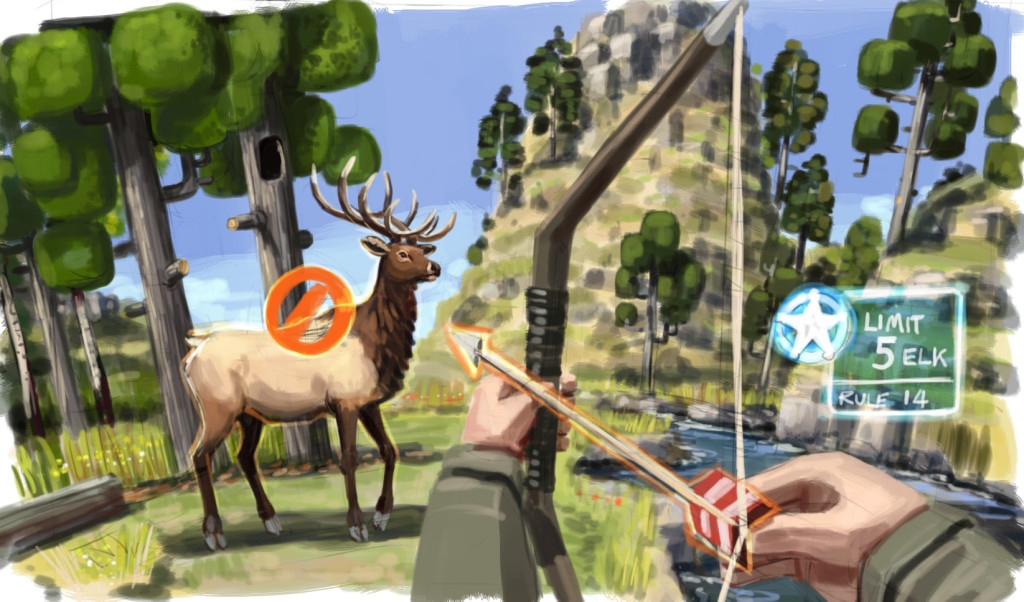 So just how does the group make decisions? Players will likely disagree on much, especially given that each player has individual specialties that determine their incentives, and coming to a 100% agreement in Eco will be as impossible as it is in the real world. Looking to the real world for examples of how decisions are made, you find an infinite spectrum of approaches throughout history; indeed the ‘technology’ of how to make decisions as a group advances alongside actual technology.

Deciding How to Decide

Will it be a dictatorship? A democracy? Is the first player that arrives/server operator the ‘king’ who issues all laws by fiat? Are representative elected per district? Or does every player have a vote, and majority wins?

There are advantages and disadvantages to both, and our goal with this system is to emergently produce the same pathological problems that real governments exhibit (gridlock, corruption, gerrymandering, politicking) and allow players to navigate them by changing the rules of government. In Eco there are no monsters or zombies, instead the ‘enemies’ you must face are corruption, greed, ignorance, and exploitation, each exhibited from your own comrades sharing a vulnerable world with you.

These social forces can be formidable enemies, but you are provided the tools you need to fight it in Eco: by forming a government and creating laws you can allow individuals to collectively guide the direction of the group.

Laws can be proposed by anyone, which are then (in the default government style of democracy) put up for a vote. Players who login to the game before voting ends (a couple days after the proposal) will be prompted to vote on the proposed law, and if a proposal receives a majority ‘yes’ votes (plus a required minimum total votes) it will be entered into law at the end of voting.

The proposal phase is one of the most interesting aspects of Eco’s gameplay, because it is at this point that players get to civically engage with other players. Most of the laws you’ll make in Eco affect the ecosystem (by changing what players can do to it), and to make educated decisions about this ecosystem you need to understand it.

When a law is proposed, players will be required to fill in an argument for it, and that argument can contain scientific data about the world, taken directly from the simulation. Players will be able to gather data in the world (like population growth/decline per species, hunting rates, pollution levels over time, and many more) by using special data-gathering objects they place in the world. Once this data is collected, any player can use it to create graphs and visual representations.

It is through this system that players can begin to illuminate the complex interactions that are happening in the ecosystem, making conjectures about the causes and effects they’re seeing, and arguing it with their fellow citizens. Is the drop in elk population caused by or merely correlated with logging rates? How costly is the effect of the new mine’s pollution levels on the surrounding farms? In Eco success depends entirely on your ability to function within a simulated ecosystem, but the workings of that ecosystem are not obvious presented facts (there is no ‘ecosystem health bar’), and players must figure it out for themselves using the tools of investigation the game provides. Statistical investigation is a weapon you wield in Eco, and the resulting knowledge is valuable, because you need it to make decisions.

However it’s not enough to simply determine for yourself what is happening within the ecosystem and what must be done about it, you must convince a majority of players to agree with you if you want to pass any laws that might affect it. To achieve this, you’ll need to back up law proposals with scientific data, graphs and argumentation.

You’ll have to convince a skeptical player base of your proposed course of action, a collection of players that all have different specialties and incentives in the game and while they theoretically all have the same goal of surviving, each will posses different ideas about what should be done. I can imagine that players whose in-game livelihoods depend on taking resources from the environment may deny problems even exist, potentially until the point that they reach catastrophic levels.

On each law, a discussion is started, and players can add their own statistics and graphs to refute or support your argument and conclusion about what should be done. Data is your weapon, debate is your skill at wielding it, and the public forum of a virtual government is your battle arena. That is our PvP system.

You might find that obtaining a majority of voters is a very difficult task. Perhaps player debate devolves frequently into gridlock, and nothing gets done (watching the news, this sounds all too familiar). There’s a solution for that as well, and that’s in how the government itself works. In Eco, laws can be proposed that change the fundamental rules of the government. Perhaps the voting period is reduced or increased, perhaps voting is limited to a small group of ‘nobles’ or ‘representatives’ chosen per district, or to a single dictator. Perhaps there are branches of government, with one having veto power over the other. Maybe representatives are elected, or appointed. Voting could be a right that must be purchased, or can be lost.

The government is extraordinarily malleable in Eco, and one of the most interesting parts will be watching the different approaches taken on each server, seeing which are most effective and which spiral into chaos and collapse.

The Possibility of Crime

Everything above describes our initial release of Eco, but what we hope to do (if we achieve our stretch goals) is to extend this by allowing laws to be broken. The initial system will physically enforce laws, but with this change that will cease to be the case. Instead, the server will allow players to break laws, but flag the perpetrator as a criminal.

Once flagged and witnessed, a criminal can be arrested by anyone on the server who subdues them. Players can use skills for forensic evaluation to determine who broke into a house, who hunted illegally, who attacked another player. Tracking skills can be used to find the criminal, and even when logged off criminals can be vulnerable to capture.

Once captured, criminals will be subject to the penalties outlined in the law they broke. These penalties can vary widely, from a fine, to suspension, to jail time, all the way up to the death penalty (character perma-death). Laws are defined by the group, and so are punishments, and their harshness or lack thereof will have great effects on the world.

Eco presents a shared vulnerable world that can be hugely affected by a group of players, but it also provides the means to understand how that world works, and use that understanding towards making intelligent decision as a group.

Thus Eco presents a fundamentally optimistic view that the problems that face both our virtual and real world can be solved, but it doesn’t shy away from the catastrophic failure that can happen when collaboration falls apart. Indeed, that is the very focus of conflict in the game. There are no demons to battle in this game, no angels to save us, for we be they both.

Really ambitious goals you've set for this project! I really like how this game isn't just "Minecraft with a twist" but builds itself from completely different principles, the above system as a good example.

I haven't really followed the news, but are you going to do closed or public beta testing?