"To that end, we chose a twofold strategy. First, we began work on a long-term commercial project in the same universe entitled Fragmentorum Alba. In parallel, we decided to use every possible game jam to create a short, freely distributed game experience set in the same universe. Thus, we could use the rapid, intense sessions of the game jams to both enrich the universe and increase awareness of it."

We haven’t posted in a while, since we’re incredibly focused in Alba’s development right now, but we’ll have really cool news very soon!

While we prepare those posts, we have recently published an article on GamaSutra, explaining how Alba’s universe was created and expanded by multiple game jam entries, in which we developed not only game mechanics, but focused on the game world and its history, in order to set Alba in a richer universe.

You can check the article on this link:
How Game Jams improved our fictional universe and game design 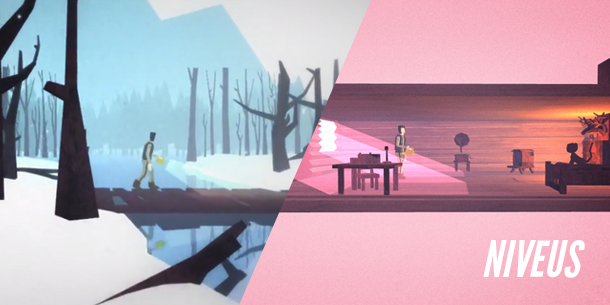 The snowy, frozen mountains and the warm cabin of Niveus