Eight mapsets, each and every one of them about dogs. Either our best or worst release so far, probably of all time. You decide.

Looks like I might have gone a little too overboard this time. You see, when looking for mapsets to port, instead of picking completely random stuff, I tend to come up with some sort of a loose theme and run with it. The theme I decided to go with this time was "dogs". Well, turns out there was many more dog mods than I anticipated, so now I have 8 (count 'em: EIGHT) releases for you today. Is that a bit insane? Maybe. I could have spread them out over two-three weeks, technically. But why? All in all, they're just mapsets, they add up to barely more than the Second Encounter replacement's worth of content. And I do need to finish this project within my expected lifespan. So you're getting eight mapsets, like it or not.

Anyway, dogs. I hope you like killing dogs because dogs are (almost) all you'll get to kill in this amazing action pack. Can you name one person who likes dogs? That's right, it's Hitler. You don't want to be like Hitler, do you? Go get them.

Note that I'm releasing this as one, massive super dog action pack, all eight mapsets in one zip. Also just a few generic screenshots instead of two per sets, which would be absurd here. But let's discuss them one by one anyway, shall we? Some of them have certain peculiarities or other interesting stuff about them, after all.

Dog Gone is 11 maps for the First Encounter. Except it's actually one and the same map repeated eleven times, an interesting design decision to be sure. Build time is given as 10 minutes and the story is, I quote, "This is for people who hate dogs". There's many more dogs than the vanilla Mac limits could handle, but almost no ammo, so you will end up stabbing them all.
===CREDITS===
©1997 BlowsTheMindSoftware

Dog Pound is another single-map set for (I think) the First Encounter. Once again, there are far more dogs than the original engine could possibly handle; in fact, other than a few easily enumerated exception, every single free tile is occupied by dogs. Fortunately MacenWolf lets you play with Mac limits removed, so you can experience this map the way it's meant to be played. Hope you're happy.
===CREDITS===
No clue.

Now here's Dog Pound again. It brings us four maps for the Third Encounter. This is our first release where the author was at least the slightest bit creatively engaged, as we have some actual architecture, encounter design and gameplay progression. The bonus variety should help make all the dog genocide even more pleasing.
===CREDITS===
Again, no idea.

The next mod is called simply Dogs and it's really something. 15 maps for the First Encounter, and this time it's not the same level repeated over and over. As the author admits, he spent a couple hours building this masterpiece, so for example you'll get a map that's just the word "DOGS" spelled with small letters, or a very blocky, vaguely human face. There's some amusing variety in level design here, but ultimately, chaos and odd design gimmicks abound.
===CREDITS===
Still no clue. The author wants you to e-mail him with comments, but does not actually provide his address, so go figure.

Our fifth release is, again, called Dogs. We're not exactly reaching the peak of creative naming here. It's a single First Encounter map with several squarish rooms and some dogs to kill. I can't come up with anything else to say.
===CREDITS===
God only knows.

The cheerfully named Kill'em Dogs offers us one map for the First Encounter. Getting a deja vu vibe here. It's a sprawling, mazy affair and you will likely end up spending more time wandering its steel passages than actually killing dogs, so I can't really rate it higher than 4 dogs out of 10.
===CREDITS===
Dog only knows.

Operation Kennel Mission comprises 4 First Encounter floors and features easily the best mapping in this entire mega action pack. The maps are fairly small, but designed with some variety, full of things to see, collect and kill (though some wall textures look out of place). Hell, it even gives us some non-dog enemies to break up the monotony, and a proper boss fight, so make sure to play this one. And all seven others.
===CREDITS===
Holy carp, we actually have an author! This mod was made by John DeVries. It's one of those early scenarios unearthed by Clubey, so as is usually the case with those, no further information is known.

And finally, scenario number eight! Its name, Shooting Dogs, perfectly encompasses the nature of this release, giving us beautiful closure. A single map for the Second Encounter, it took 20 minutes to make (how?) and it's basically a swarm of dogs completely surrounded by tables (so you can't even die here), plus you get all the guns and ammo you want. The author recommends using them to practice your aim. Can you imagine, killing dogs while honing your gaming skills at the same time? Are we in heaven or what?
===CREDITS===
Not quite sure. The readme tells you to mail the author at Dk91 and this is where the remainder of the e-mail address should be but isn't. Shame. 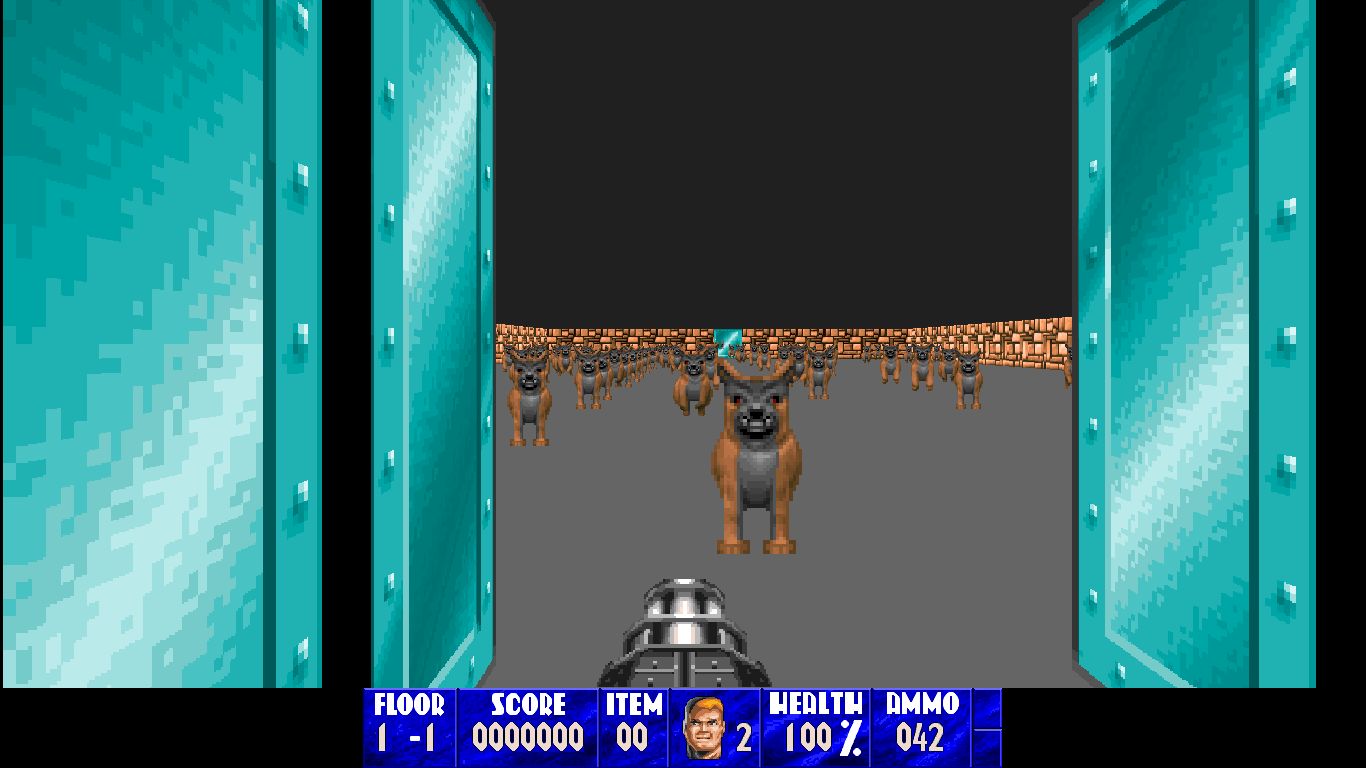 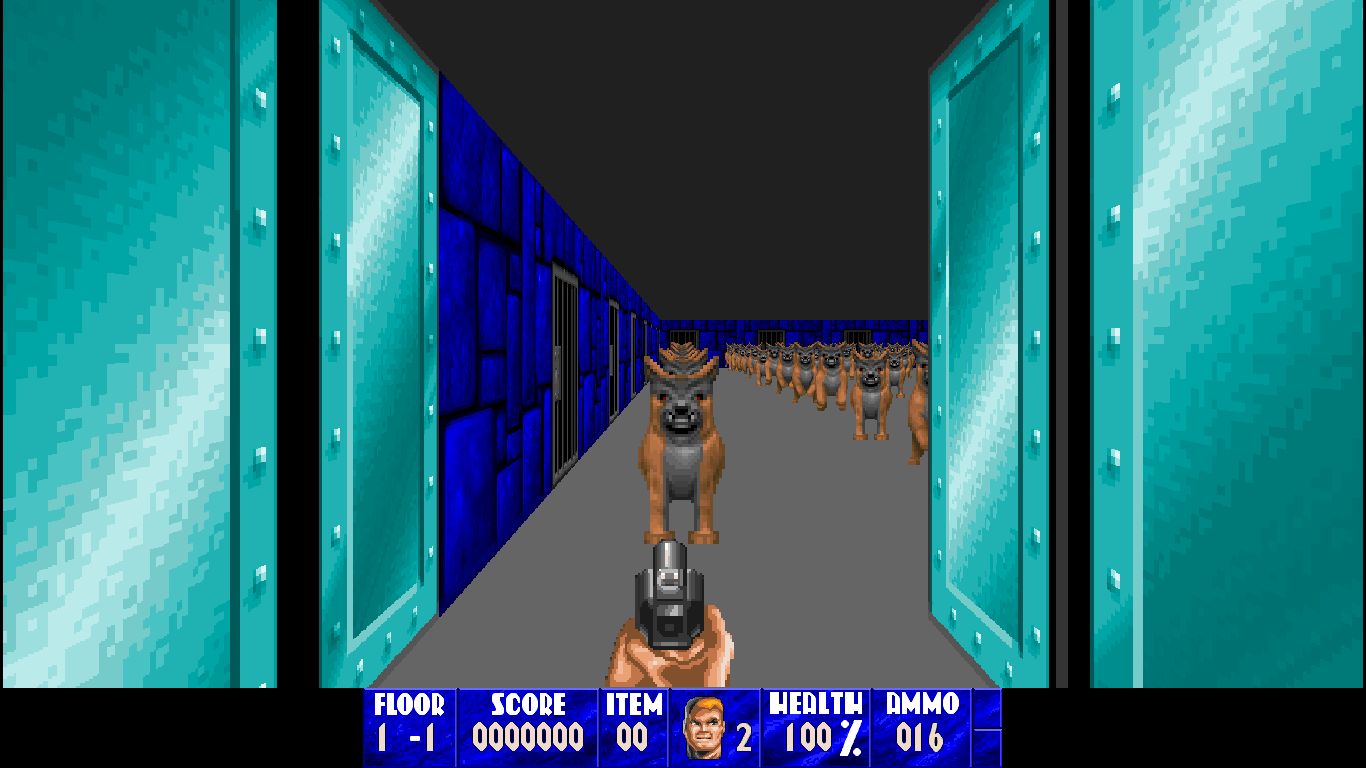 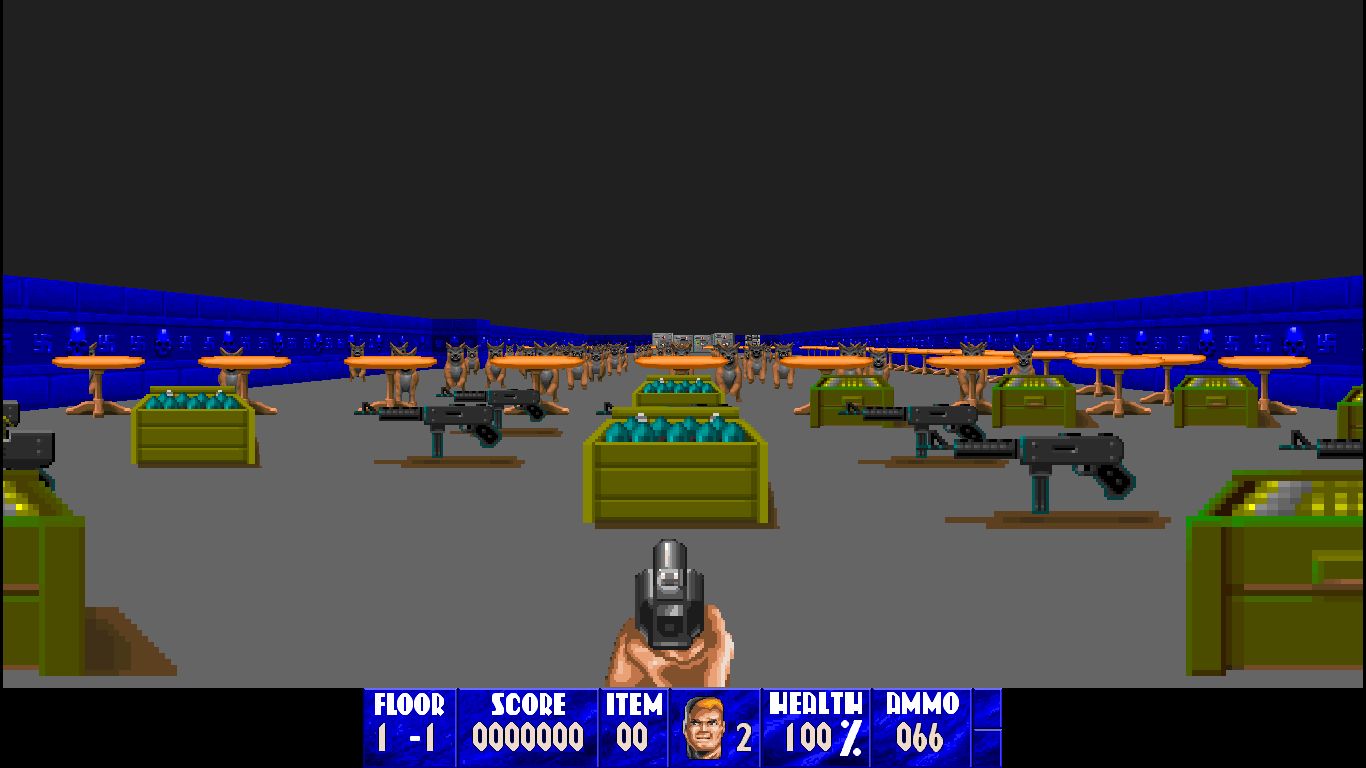 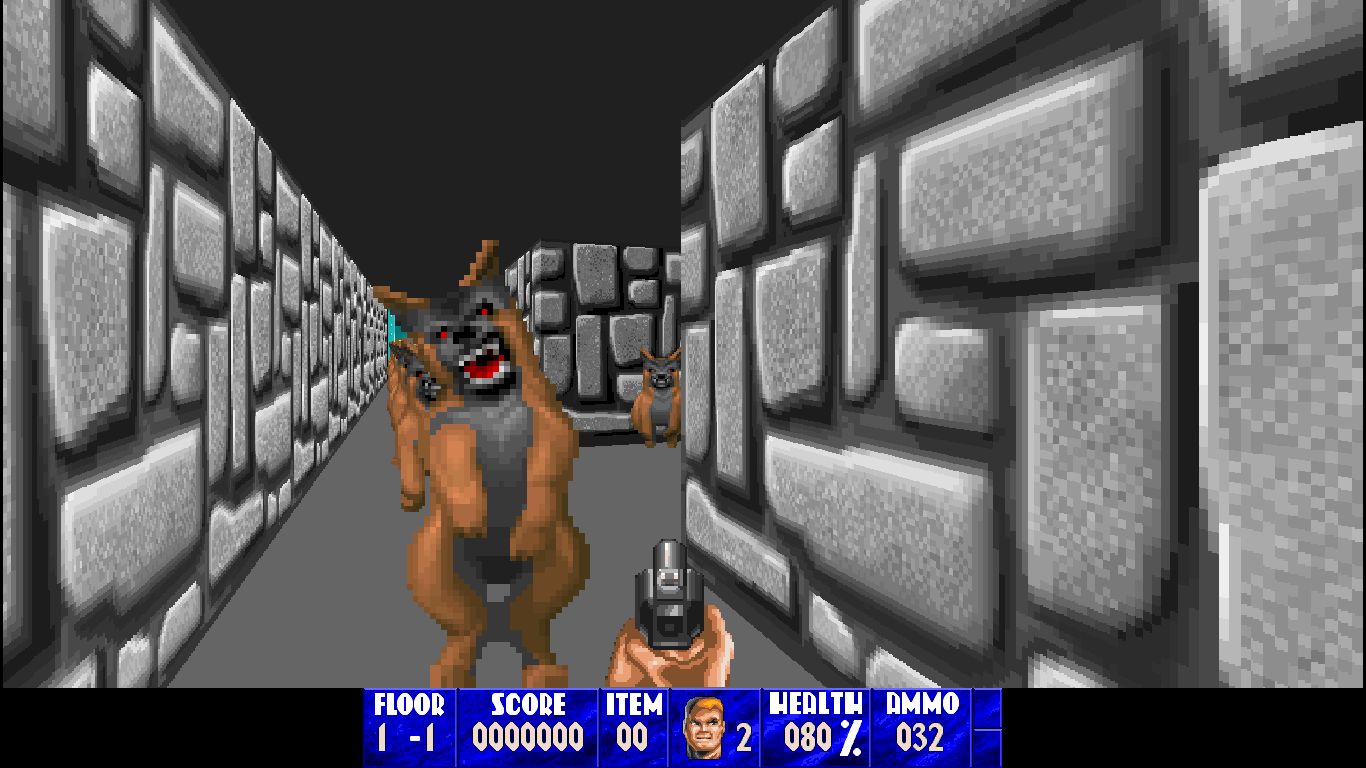 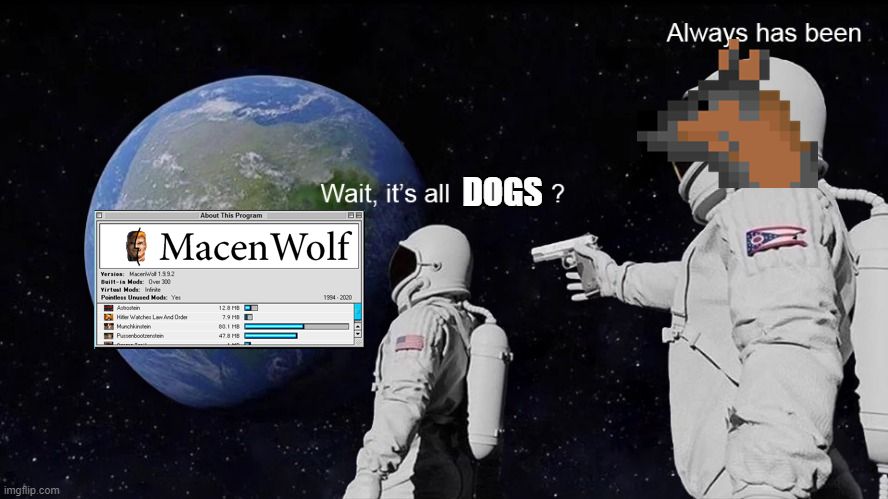