This week we'll be looking at our unique honor mechanic, and explain how your in-game actions will have a real impact on your characters progression. We've also got some tasty renders of the Tanegashima and Canon.

'Honor' is one of the cornerstones of the Bushido code. It encapsulates the essence of the Samurai warrior- noble born and respectable, an icon of chivalry that others should strive for.

Sadly, not all Samurai adhered to this strict code. In fact- some of them were right sneaky bastards that poisoned water supplies, assassinated their peers and generally sullied the same of the noble warrior (these chaps went on to become the Ninja). 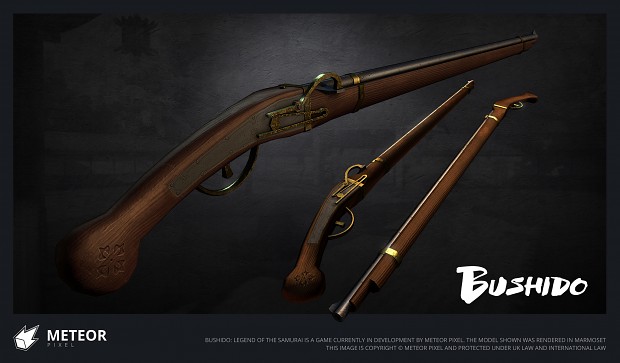 We're also playing around with some more conceptual ideas such as:

Examples of more honorable actions are (including some of the more conceptual ideas):

Its worth mentioning that players wont be penalized for pursuing a dishonorable play style. In fact, if you make a conscious decision to act dishonorable then you'll be rewarded with unique weapons and armors- allowing you to develop your own way of playing the game. Players will be equally rewarded for going down the honorable route- and also for staying totally neutral. 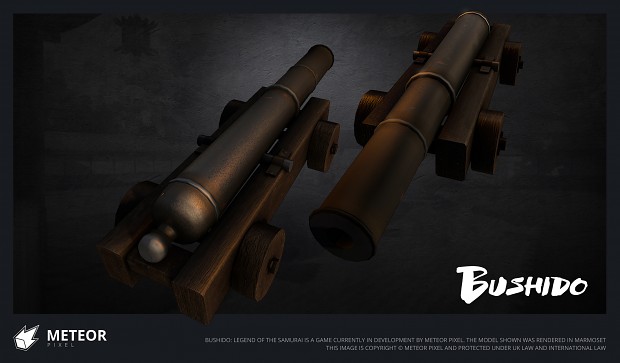 We're still at the relatively early stages of designing this mechanic, so if you've got some feedback, let us know below...

In other news, we'll be releasing screenshots of our working Character Customization Screen and 'Dojo' level soon! Until then, be sure to follow us on Facebook/Twitter for all the latest announcements.

Finally a game where I can commit sudoku.

You have brought great shame to your people - you MUST commit Sudoku! *Places the game on a table, and nods at you.*

Nooo not sudoku thats worse than seppuku i hate that game. Also its great that you liked my idea so much would be unique for games.

The Kama is dishonourable?... aww poo.

Remember that being dishonorable isn't always a negative thing, you may want more ninja looking customization unlocks if that's your style...

Amazing. Cannot wait to be a Kaishakunin :D Keep up the great job.

Sounds interesting. Can't wait to see how these will work ingame.

Oh a game where I have an excuse to yell "OWA MEN ARE RUNNING FROM THE BATTLEFIELD SHAMEFUR DISPRAY!" everytime I see my team fallback. FINALLY