Are you tired of losing all your resources every time you leave the server? Are you sick of constantly having to mine all those resources again and again just to build a small ship? Well have we got the update for you!

This week we’re introducing the first parts of persistent server saving, starting with the vault. Vaults are star system wide banks where players can safely store their belongings. These vaults can be found on NPC stations, players can deposit and withdraw their items at any vault within the same star system. If you construct a ship from a station with a vault, the resources within the vault can be used to construct that ship in addition to the resources in that stations cargo bay. 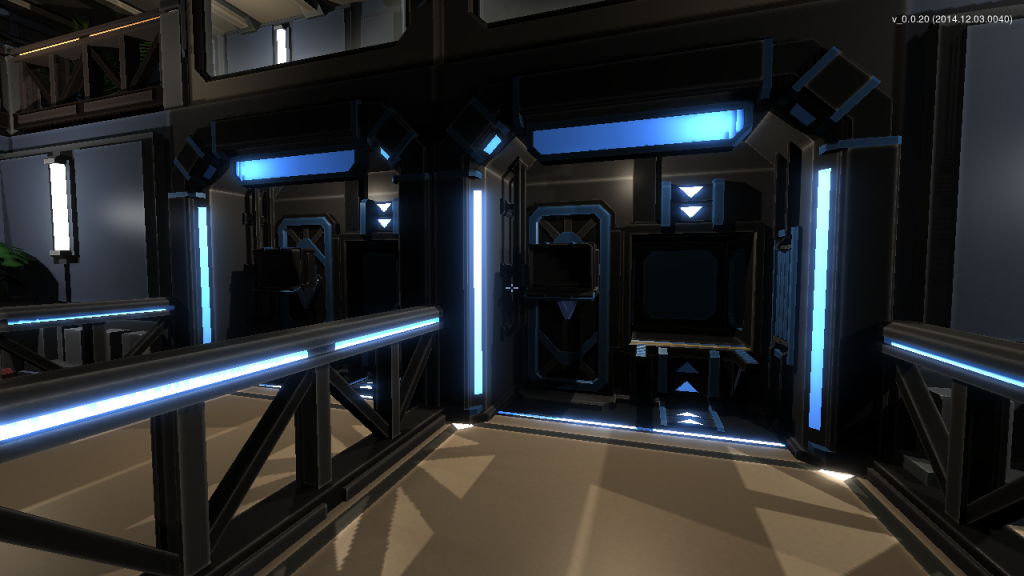 What this means is, that once a player has managed to get his valuable resources to a vault, those resources are safe from other players, they cannot be destroyed or stolen from that point on. We are using the vault as the first step to persistent world saving, meaning they will still be available to you when you leave and rejoin the server, or when the server is taken down for whatever reason.

We have also changed the way we save ships to prepare for world saving. This means they are now saved in a database. Although this doesn’t have many direct effects for the player, it does have some side effects:

Over the coming weeks we will be adding more features to persistent server saving. Such as ship ownership, ship positions, player positions and many others.

Another long overdue feature we've added is proper first person cockpit view. Players can now walk up to a pilot seat and sit down. The camera will automatically switch to first person mode, from which players can now control the ship. Later down the line, all of the monitors in the cockpit will become active and can be used to manipulate different systems aboard the ship. Also some of the existing cockpits will be redesigned to better accommodate these new screen features when they go live.

To get this working, helms are the first prop that feature some functionality you can look forward to in future updates for other props, namely we can now select specific elements of props rather than the whole model (such as a single chair in a cockpit).

Finally, we have also added a couple of new props to the game. Among these are a disposal unit to cleanly dispose of your unwanted crates, an all new small helm, and a couple of new industrial exterior blocks. 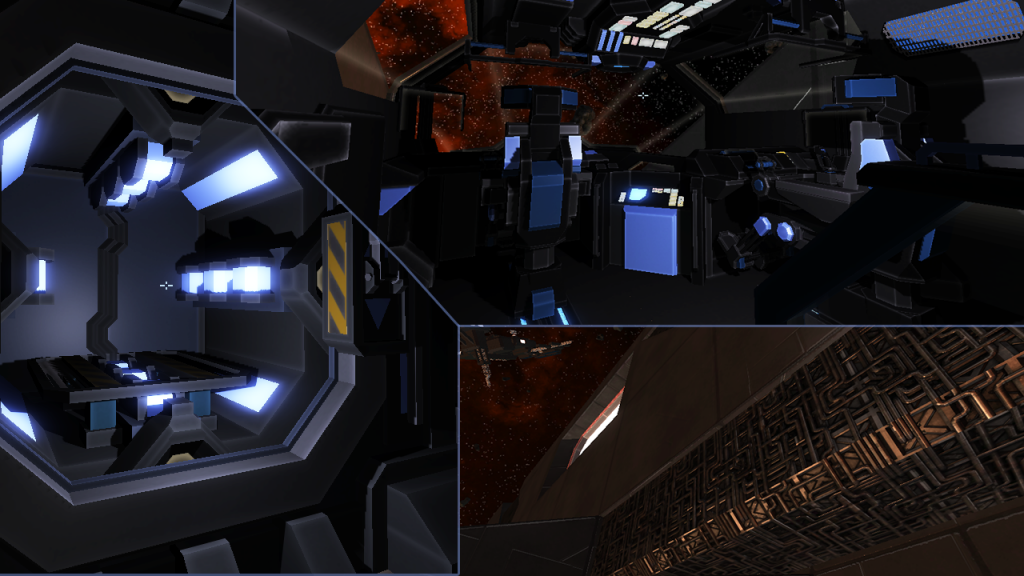 We hope you’ll enjoy this new update and as always you can reach us through our forums, by following us on Facebook or Twitter or by simply sending us an e-mail. All your feedback is welcome and only serves to help make Interstellar Rift a better game for you!