The overall quality of a game is sometimes hard to reach, and this being said, we're especially proud to announce we've established a framerate boost that will shoot the gameplay to the next generation level.

The overall quality of a game is sometimes hard to reach, and this being said, we're especially proud to announce we've established a framerate boost that will shoot the gameplay to the next generation level. Although, compared to our previous screenshots, the visual quality had to be lowered just slightly, we were able to reach an average framerate of 296 frames per second! This is an enormous step forward, as on the highest quality (shown in our previous march news post), we only reached average 14 fps.

The idea is simple as brilliant: We found out that not the lights themselves, but our artificial light sources were the framerate killers. So what we basically did was removing all light sources from our map, and keeping the lights themselves intact. That already gave us a nice framerate of 112 fps. Not enough with that, we wanted more: Reducing the texture quality by the factor 6, we could establish an outstanding framerate of even 302 fps at maximum. This is more than most industry games have as there are mostly limited framerates used in those productions. 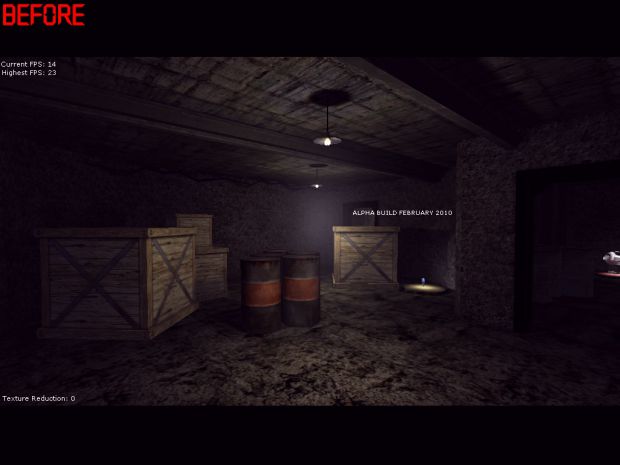 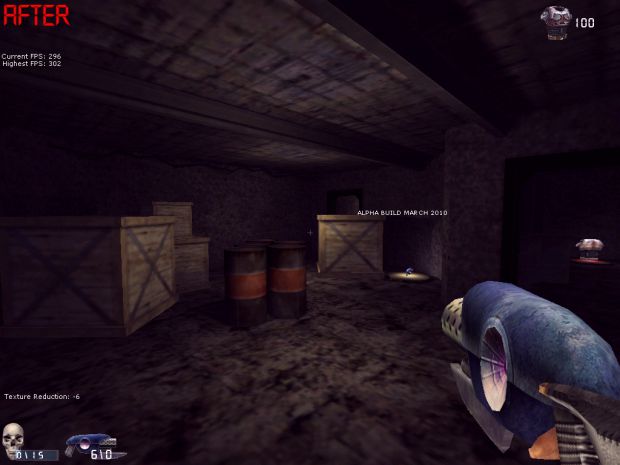 The Fastest Gameplay Ever
We will not integrate such an fps limitation, but keep the best framerate you can imagine for you to experience: For the first time you cannot even follow your own, fast actions with your eyes in a game because the game runs about 12 times as fast as usual shooters do!! This may mean the gameplay will be rather addressed to pro players, but nevertheless, if you train hard, you will probably get used to the game speed and may be able to get some frags here or there.

EDIT: With this news post we'd like to wish you all a happy aprils fools' day :p

i... like the before picture more?
*runs away and hides from shyness*

Heya!Loved this,and I hope you the best luck for this new game :D

Ah and well,it seems like the graphic got worst from picture one to picture 2 :o