As the number of fixes, adjustments and improvements in the new version kept climbing up exponentially - meeting the previous ETA quickly became unrealistic. The race for the new launch date is on!

Friends, Fans and other Warriors of Hexen,
unfortunately, i did not succeed in my plan to complete Legend 8.43 by the end of this winter. In most part, due to having underestimated the amount of level fixes, corrections and adjustments that the update had planned. This number quickly ramped up, and instead of revising only some levels - i ended up having to revise ALL levels. Revising a level may take 1 to 3 days, depending on the amount of necessary fixes or enhancements, even when these are not hugely significant. A full remake of the level up to my latest standards - may take up to 2 months. (fortunately, all the maxed out remakes are now completed). Also, the making as well as the revision of additional custom content - was more extensive than expected. Legend 8.43 is getting really close to becoming version 9.0 upon the final step of its journey. The envisioned mod launch date has moved to somewhere between 15 and 25th April. About a month and a half from now. Every week, on sundays - i will be posting progress update in my blog (not articles). 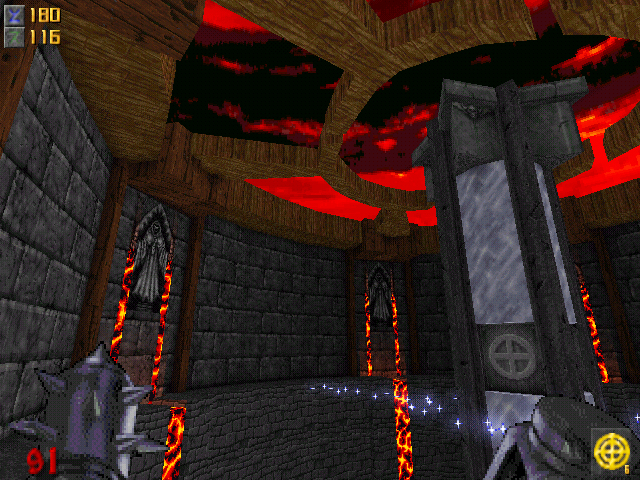 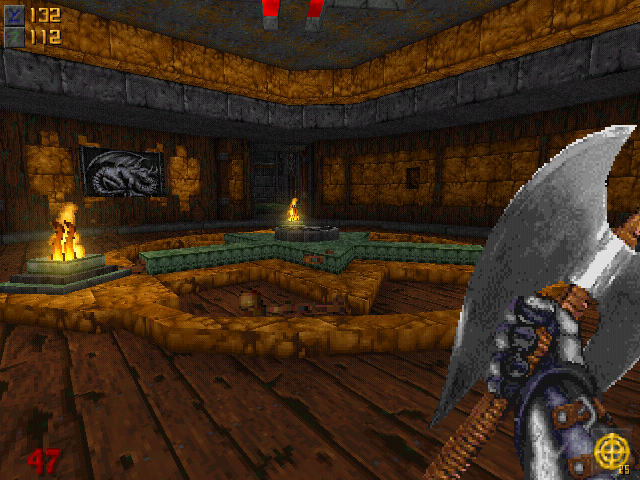 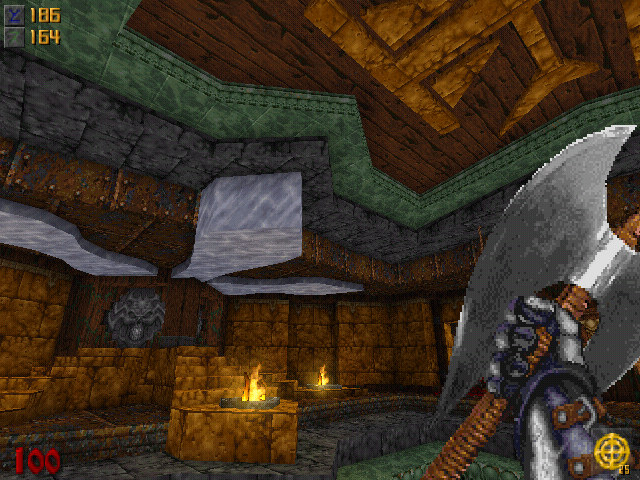 And so, the current progress status for Legend 8.43 is as follows: 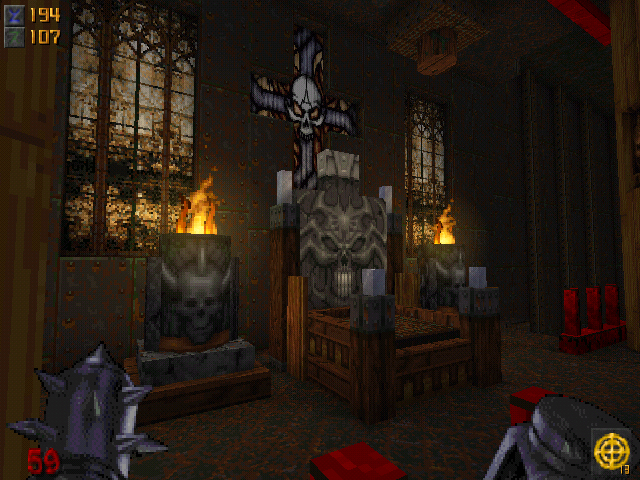 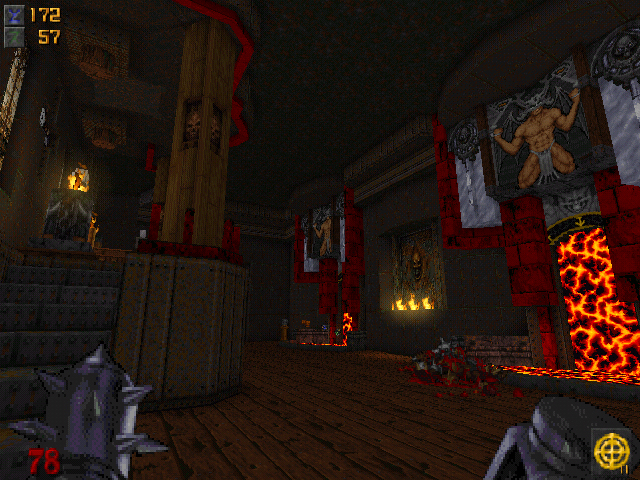 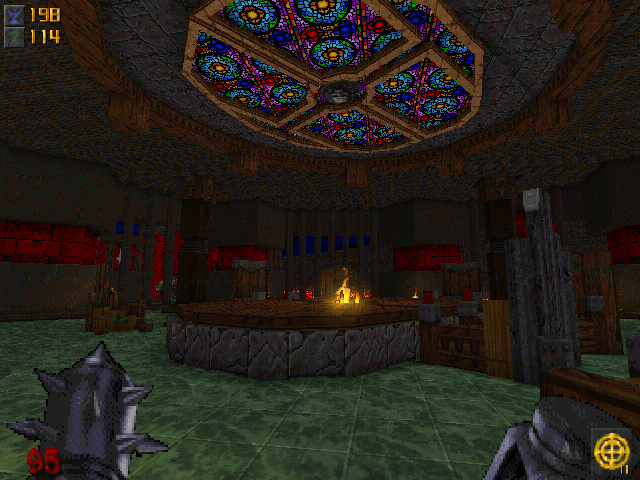 I am working on the mod as much as i can, pretty much every day; and i did not abandon my original plan to release the mod and the Cleric DLC made compatible to it - at the same time.

Just for those who aren't sure: Legend DLCs have numerous of their own hardwired settings, which they inevitably force on the main mod, thus either reverting it to an earlier version that matches the DLC,
or simply making it crash. That's why those DLCs are made for specific Legend versions in mind.

The race is on, my friends, and i'll do all i can to deliver!
Stay tuned and check my blog weekly to keep up to date with
the mod's progress. 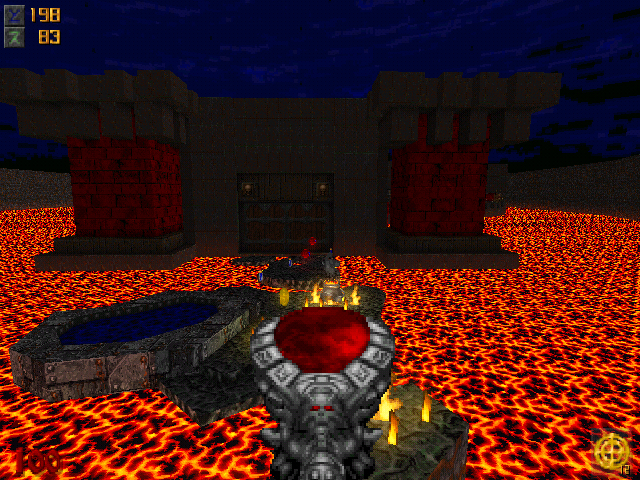 Looks really good! Is there going to be a "supportive edition" so we can use any gameplay mods? would be really nice!

Sorry to disappoint you, but the mod is tailored only to itself.
And has been so, for many years - even in the very early iterations,
mostly due to its thorough reliance on the proprietary *.ded scripts.
Which means that it does not support any gameplay mods. It has enough gameplay modifications of its own. It also is Doomsday engine only...

Thanks for the great new.

I feel like the guy above asked because he would like to play this mod together with Korax mod - and I'm amongst these people too.

Well, all i can say is that Korax mod and Legend are two
vastly different mods, they are built and work in completely different ways, light years away from being compatible.
Legend plays nothing like Korax mod, and Korax mod plays
nothing like Legend. You can play each one separately,
but not both at the same time. Having that said, if you
have never played Legend 8.33 - it might surprise you.
(and the upcoming version is even better) Legend has its
own combat mechanics, and mastering them provides a style
that is not present in any other mod. It is, however,
directed specifically (and goes to great lengths at
that) to enforce an ANTI-run-and-gun, anti-run-away -
methodical combat based on tactics, patience and knowledge
of the game. Some may like it, while others may not (goes
with the territory), - but that's what it is and was always intended to be. Good luck!

I already played Legend 8.33 (enjoyed it a lot) and my preferite class is undoubtedly the cleric.

The Korax mod for me is fascinating due to the fact that it adds rpg complexity to the game. I love the fact that you start from zero, where everyone crushes you, and become a hero by endgame.
Hence why I guess people like me asks for that rpg layer to be added, because it makes the whole experience more rewarding.

Anyway, I'm here waiting for next version. And I won't miss it.

Yes, i agree. The IDEA of having light RPG elements in the world of Hexen is fascinating indeed. To my great dismay i do not have any programming knowledge, which would be required
to make such a thing. Even though it was my dream at one time. A few years ago, i even started to write down a plan, on how such a concept would be implemented through my particular viewpoint. Unfortunately, however, - since i don't have the technical know-how and no co-developers with such skills to speak of, - this plan remained nothing but a theory. Thus,
i gave up on it completely, focusing on maximizing whatever gameplay upgrades i could devise from further and further modifying the vanilla features. And that did work out pretty well in its own right (more so with the future Deathkings mod).
IMHO, creating a fully coherent and fluent RPG content
and system for Hexen, - while it isn't overly complex,
but undeniably demands much more thought, planning
and work than any existing project currently allocates.

Glad to hear you're enjoying the mods! I am particularly
fond of Cleric's new iteration and storyline as well.
My favorite. Although gameplay-wise, quite the opposite: the characters who can switch-attack are a definite first, with
the sheer tactical destruction rained down by the Mercenary
in particular - stand a step above, for me anyway :-).
And then the Mage-class ones. All heroes will continue their respective stories in Deathkings: The Return...

I hope everything is alright.
I really would like to play Hexen second time with a really good mod.
I would play Hexen with "The Legend" mod's next version within this year. :)

You will, soon enough. I have seriously underestimated the amount of work needed for the final version - and at the same time i also greatly overestimated the designs of version 8.33. I guess as we improve in our vision of design, new realizations are bound to cast previous projects in a bad light.
I am posting weekly progress updates on Legend V.9.0 (beyond 8.43)
in my Moddb blog, so check that every 8-10 days or so, to keep up
with the exact state of things. Soon enough, my friend. I want to finish the mod more than than you want to play it :-)
But i want to finish it with a royal farewell, no less.
The most complete tribute to Hexen awaits. Stay tuned.

News of this update and the new Deathkings of Dark Citadel?

Thanks for showing interest in that project.
The mod is currently on standby, as all efforts are directed
toward the development of my flagship mod: Legend-9.0
I have grossly underestimated the time needed to bring this mod to
the level of quality and completeness that i want, while at the
same time - the number of changes and enhancements for it was growing
into a project of its own... So there is nothing else on the drawing board for now :-)
However, you may want to check out my Legend spin-off mod demo
Moddb.com

Hello! Is the project is dead?

Of course not. If you follow and read my blog (and you can even check out the future version gameplay videos on my youtube channel), - you will see that it is very well alive and kicking. To be more precise - it is steaming forward in full force toward the conclusive version 9.0 launch. Which to my estimate, is going to be before the upcoming May 2022.

I am also taking a small detour into a mod for Doom-3 as we speak...