Since its release, over 5,000 copies of the game have been sold. For a project made in RPG Maker, the result is very, very good.

I thank everyone who agreed to spend their time and money on my modest, but (!) At the same time epic-humorous game. During its existence, the project has overgrown with a small (relatively), but devoted fanbase. People are waiting for the sequel, and this strongly motivates me to continue working on Heroines. 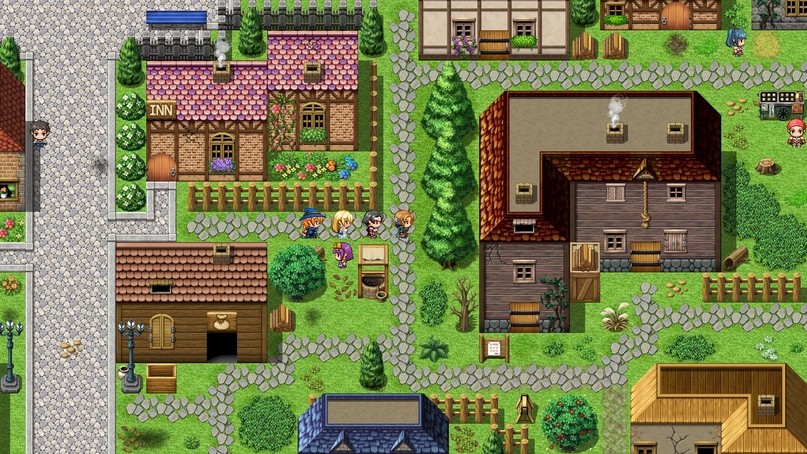 In addition to graphics, the balance will be slightly revised. In particular, the “Living Shield” state, starting from 1.5, will be confused: by stunning, confusion, charm, etc. That is, Anastasia will no longer be able to “tank”, being in an inadequate state. 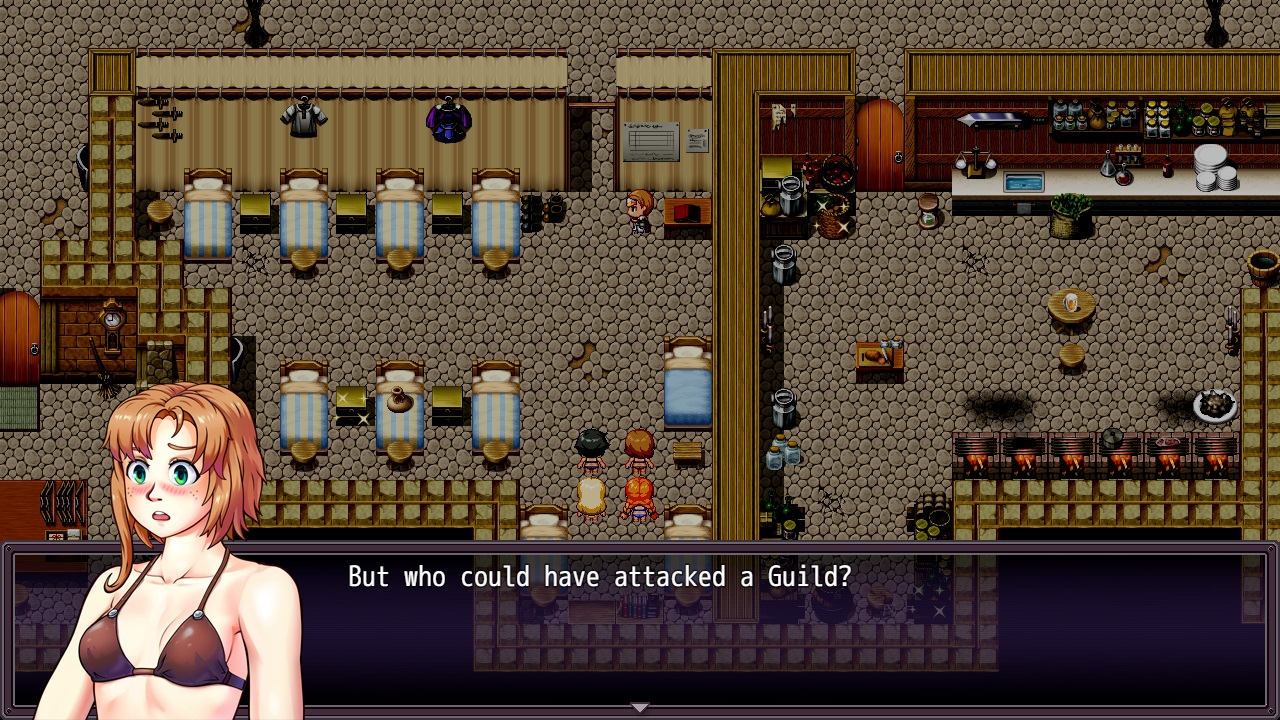 Also in the main campaign there will be a new legendary achievement and a couple of new arts accompanying the cutscenes. However, the "main dish" of the upcoming changes is intended to be the scenario of anti-heroines. Please understand and forgive, but the "dish" will be paid. 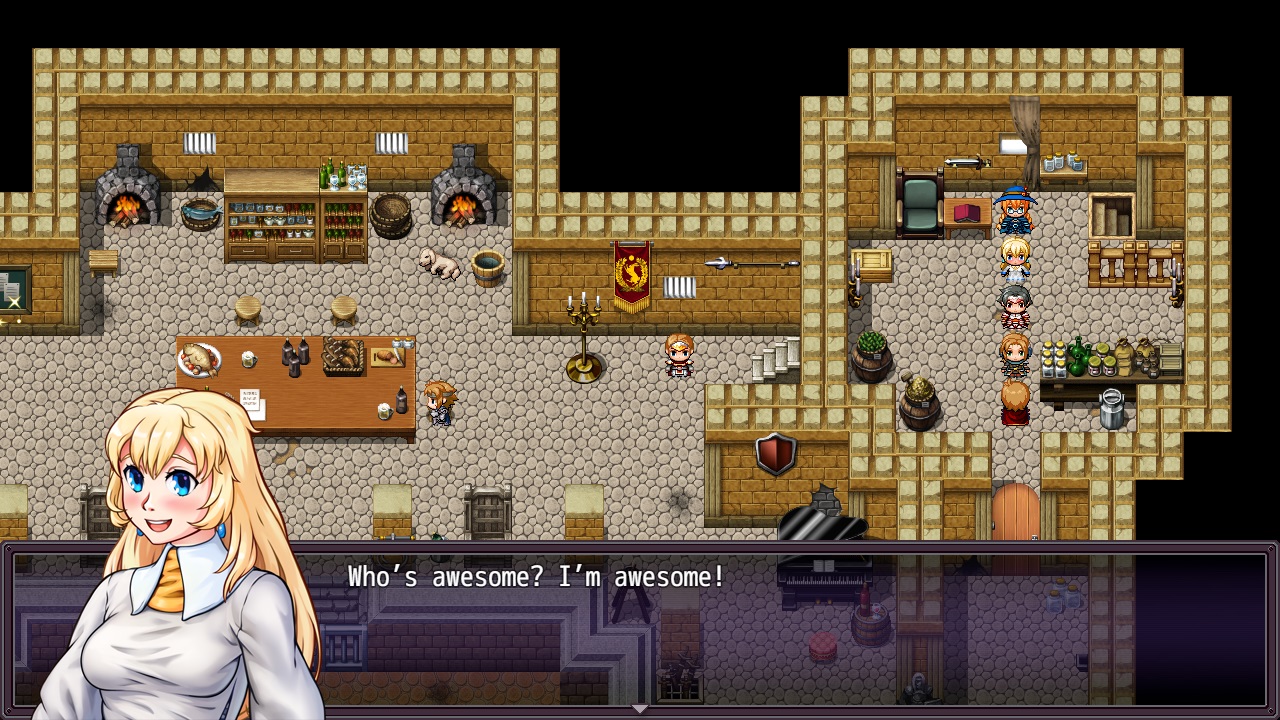 The player will have to guide new playable characters along the crooked path of "anti-heroism"! 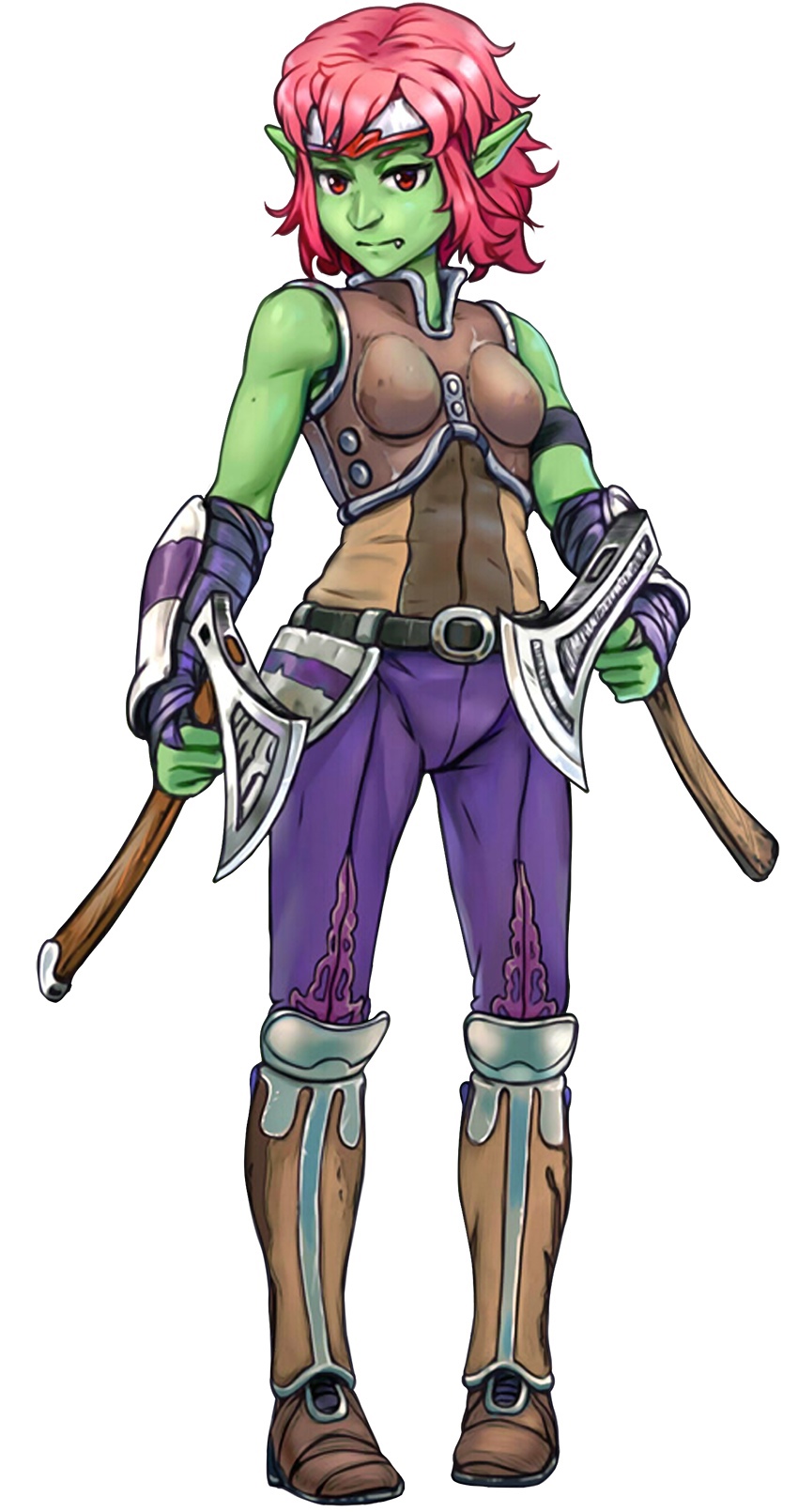 The leader also started the anti-heroic group, which incited the rest of the goblins to go with her in search of adventures, or rather, misadventures. Among the greenskins, Grunya stands out for his tall stature (almost the size of an average person) and strong fists. The goblin says she is the strongest in the tribe after the leader. Of course, no one believes Grune. Has it ever been seen that a woman could compete with the best warriors. True, for some reason none of the best warriors are in a hurry to go out with Grunya "once at a time". In addition to the incredible strength, Grunya's mouth is full of teeth, sharp as needles. A similar mutation is sometimes found among goblins. Possessing an excellent appetite, Grunya now and then strives to "make bite", having tasted the catch by the mouth.

Grunya's best friend and the "brain" in their pair. Insidious and green goblom brain. Gvasha knows how to use lockpicks, although by specialization she is more likely a robber than a thief. For obvious reasons, the Goblin Guild was not trained and does not have a badge that makes it easier to break into chests and traps. But, unlike the kind-hearted Diana, the robber has one vile, but effective trick. Gvasha will not miss the opportunity to throw a handful of fine loose sand into the eyes of the enemy. For most goblins, the very concept of fair fighting is deeply foreign, and our anti-heroine is no exception. But what Gvasha is close to is the thirst for profit. Like a thieving magpie, a goblin is ready to poke her long nose into various troubles for the sake of beautiful sparkles.

A young hunter who got the hang of a bow and arrow. Glusha shoots quickly and accurately. True, all attempts to tame the pet have so far failed. But Glusha does not despair and tries to ignore the ridicule of the other goblins. She is generally quite cheerful, does not like to be sad for a long time. On occasion, Glusha is always ready to "cheer up" her friends. True, her humor is specific. Glyusha's jokes often confuse the rest of the goblins, since they are sure (almost) that what Glyusha offers them to do, she offers not seriously.

She was considered the first beauty among the goblins until one "fine" day she suddenly discovered that you can also talk with mushrooms, and not just eat. So Ghysha embarked on the path of serving Gmyrmorku - the god of the goblins. It is a pity, since ancient times, magic has been considered an exclusively male affair among greenskins, so the supreme shaman did not appreciate the "awakened talent" of Ghysha. He even forbade his students to let the obstinate goblin into the sanctuary. However, despite the absence of a mentor, Ghysha has mastered some spells, including the spell of regeneration. This attracted other goblins to the eccentric shamaness. 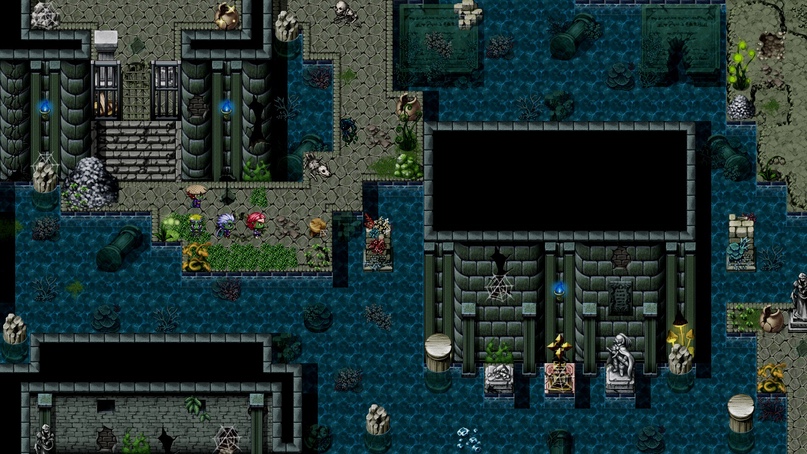 Such is the assembled anti-heroic gang. I'm even a little worried. After cute, kind and sympathetic heroines, the player will have to, albeit for a short 7+ hours, get into the "skin of evil".