It's exactly one year ago that Heroes of Loot was released, now it's on 10 platforms, coming to PS Vita, and currently in the Humble Bundle.. it's been a great ride 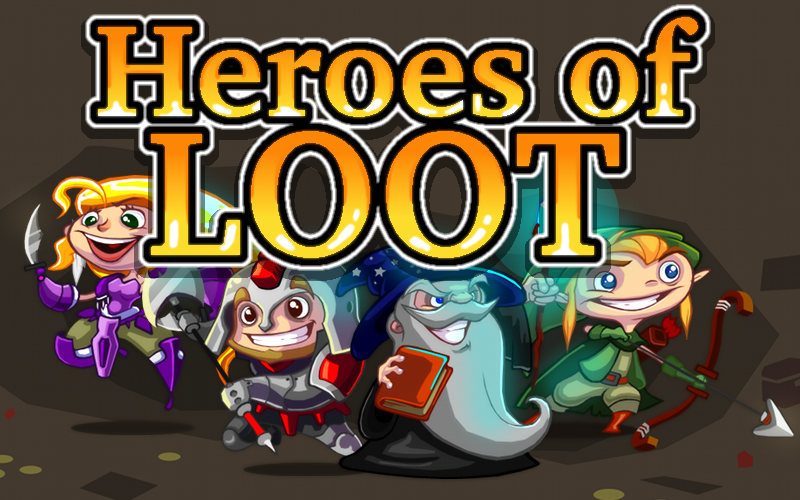 One year and about 8 months ago I started working on a dungeon game with randomly generated levels, and a focus on action, with absolutely no clue of what I was doing! I never played dungeon games or even role playing games since Gauntlet in the 80's.. and I'm not even sure if that counts as a role playing game.

I did always love the concept of having this party of adventurers roaming through dungeons, looting, fighting, and going deeper and deeper into the dungeon.

Fast forward to 8 months later, and I finished the game and released it on iPhone/iPad, Android, Blackberry, Ouya,Gamestick and PC,Mac + Linux all on the same day. 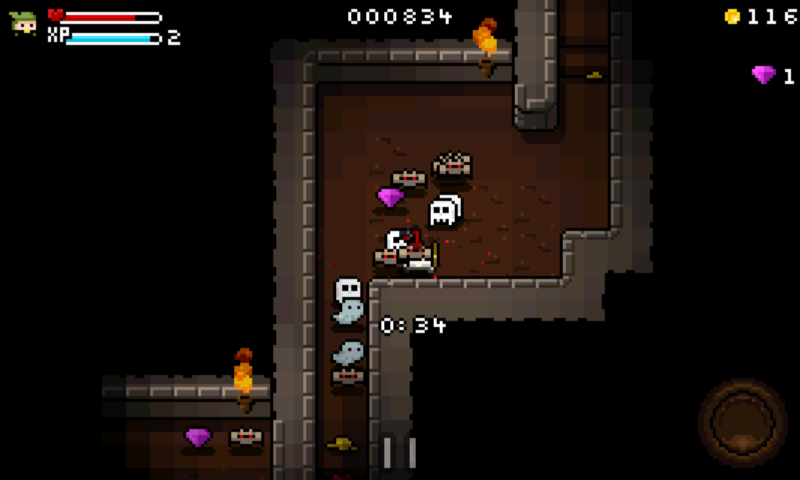 It was a game build with many problems, I was in the middle of a home renovation happening, so I was often working on the game while literally in the same area as a couple of big guys with drills, saws, and a lot of dust flying around.

It was also a game build while money reserves were quickly declining (mostly due to a costly renovation) and this game was the only possible source of income.. so it HAD to be released, it HAD to be good, and it HAD to sell.

I was close to breaking down, waking up at 7 am (cause, workers love early hours apparently) then finally having some peace and quiet in the house after 4 pm, working until 11 am, going to bed, hopefully sleep, and at 7 am I had to start it all over again.

But Heroes of Loot got made, it got released, and it did amazing. A huge relieve after 8 months of working on it, and I'm fortunate to say that it did recoup those 8 months of work and more.

Today the sales on iOS are close to 1 or 2 copies a day, but on Android it still sees anywhere between 10 and 40 copies sold a day. I honestly have no idea what the total sales are, I don't really look at all the stats that often. A ballpark figure would be about 65.000 sales on all platforms combined (this includes price-cuts, etc). With at least 300k downloads of free versions and "free for a day" downloads combined..

But most importantly, the game has great ratings on all markets.

Since the release, I also put the game on Amazon FireTV, and last month I released Heroes of Loot on ChromeOS (works in Chrome browser on any system and also on Chromebooks). If that wasn't enough, last Wednesday Heroes of loot got a spot in the Humble Bundle mobile 7. And finally the game is still set to make a showing on PS Vita, altho I have no clue on when or how as I don't have that much to do with, or even interest in, the Vita stuff.

Heroes of Loot turned out to be one of my biggest games ever, a game in a genre that I never play or create.. It was an awesome first year.. and who knows what the next year will bring?