"Fall of Man" (Part prequel, part sequel, outskirt of city to inside of city) part 3 demo has just been released. 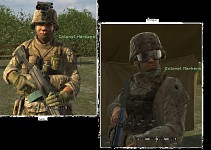 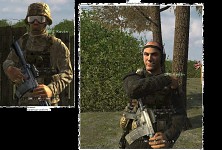 A special forces group is called in to scout the city to advance the attack so the armies can have tactics on how to control the city and kill Al-kab-dir.


The special forces group belongs to Special Elite Task (S.E.T) organization. This organization consists of many groups of soldiers, such as U.S. Army Rangers, Airborne, S.A.S, etc. This group is very diverse and is the largest ethnic organization.

Heroes 7 part 3 "Fall of Man" (Part prequel, part sequel, outskirt of city to inside of city) demo has just been posted.