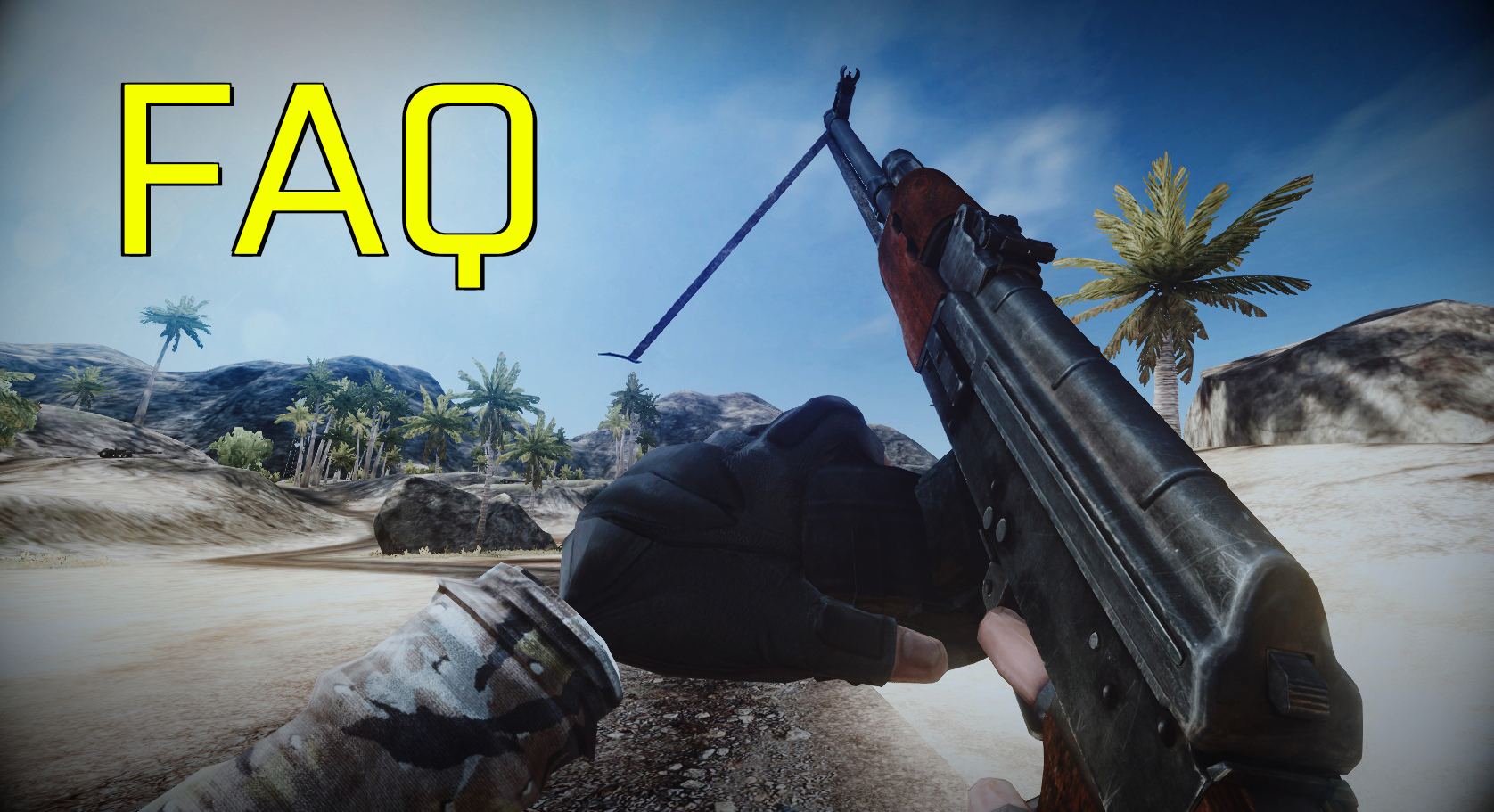 When is it going to be released?

The current release date is set for Friday, December 8th. However, things are progressing smoothly so far, and I may be able to release earlier!

Will there be multiplayer support?

I developed Heat of Battle as a singleplayer-focused game, so at launch it will be singleplayer only. However I would not object if someone were interested in setting up multiplayer servers for the mod. Please get in touch with me if you are interested!

Will the mod be standalone?

The initial release will be in a mod format that will need to be installed with an existing Battlefield 2 installation. However I am looking into making the mod compatible with the standalone BF2 HD Remastered so you can download that first and install Heat of Battle for free.

At launch there will be 1 weapon per class with no weapon customization. Having worked as a developer for Alpha Project, weapon customization was both highly innovative and an extreme time sink and source of bugs. For now, I am focused on delivering quality over quantity. However, in the future I do plan on adding more weapons to the mod, which would be accessed using the game’s unlocks feature.

Will there be post-launch updates?

Yes, I will upload patches and bug fixes as necessary so that your gameplay experience can be as smooth as possible. As stated above, future content releases will most likely be focused on expanding the weapon selection. I want to make sure that every weapon will be as high quality and as beautifully animated as possible!

I cannot make any guarantees, but I expect that the mod will be able to run on a fairly wide range of software. I have seen the mod running smoothly on an Intel HD4000 laptop. The mod does contain a lot of high-resolution textures, so I would say that 1GB VRAM is recommended, but not required. The suppression system might be a little taxing to very old CPUs, but I think any reasonably recent CPU should be able to run it without issues.

That’s all for today folks! If you have more questions you can post them below and I’ll try to answer them. In the meantime, take a look at this new combined arms gameplay and don't forget to vote Heat of Battle for mod of the year!

Great job man. It is a shame EA killed MP community with the destruction of Revive project. =(

Killed by EA to be precise

Who cares? Hub still Up and alive

I kinda care because the only war I can play BF2 is on a Mac port of Revive BF2. It still works in singleplayer, but multiplayer is gone.

oh **** maybe we can figure it out at some point. Or maybe is time to get a real computer instead of a toy, lol hehehe just kidding I'm not a Big Mac fan at all.

So if i can run BF2 on high on my laptop could I run it on low or med settings?

I got a few questions,

1. Is there an AI commander cause I saw a lot of UAV scans on your radar?

2. Would it be possible to play 64 player bot matches i.e. 32 bots on each side? The reason for this question is that the default bots were broken in the 64 player matches, a lot of the bots would stay at the spawn like statues or some of them would just go around in circles or keep running towards walls.

3. Do the bots that fly planes bomb ground targets too or only engage in air combat? I haven't seen the vanilla BF2 AI destroy ground targets with the plane.

4. Do the bots use helicopters like the Apache,Hind or Havoc effectively?

5. Will you be making more improvements for bots in the future?

1. No, I actually gave the UAV ability to many of the ground and air vehicles, so you have a little more information on where the enemies are.

2. There shouldn’t be any problem with that. I usually play with 32 bots as I find that to be a good balance. If bots are glitching out that may be the CPU being unable to keep up with the AI load.

4. They seem to be OK. Usually it’s only one bot in the heli at a time so it’s fun to jump into the gunner seat every now and then.

5. I don’t have a particularly strong understanding of BF2 AI. However, one of the mod’s goals is to deliver a satisfying single player experience so I have already made a lot of changes and improvements. You can take a look at the gameplay design article for more details.

Thanks for your questions and I hope you’ll enjoy the mod when it’s released :)

Thank you for the FAQ and good luck in the modding competition!

Looking awesome man can't wait! Playing it with the BF2 HD Remaster you can really see how well it enhances the game. B4rell allowed us to use the HD textures from it for BFKorea, and everything from the water to trees looks better, but there is 1 thing we are still lacking since we are made with vanilla BF2 in mind, and that is the amazing post process overlay. The graphics sure do pop in this and I am thinking of suggesting people download the remaster to play our mod with as well since it really does enhance graphics significantly.

Hi, voted for this mod as mod of the year. Also, I asked on your youtube channel if it was possible to change the skins of some classes like the engineer class and you responded saying that it would also change the other classes. Why is that the case?

In BF2, there are 7 different kits, but only two different soldier types (light and heavy). Spec ops, sniper, engineer, and medic use light, and assault, support, and AT use heavy. So if you change the light soldier model, you’ll change the model for four different kits, not just engineer. It is possible to have a different soldier model for each class (like AP and AIX), but the whole mod would need to be designed around that and every map would have to be edited to account for the soldiers.

I have a nice surprise for all you guys! I thought to replace the original ground and atmosphere textures for the new HD ones with the same name, so every mod to run in remastered platform could automatically run on HD textures, (That was actually a NAW idea) But, they wouldn't look right so I guess we still need to do the hard work by ourselves.

I appreciate the idea to run under HD Remastered Base, much more than using the stuff and adding a small credit at the end, cause man there is a lot of hard work there and I hope to get some recognition for that some day.

Awesome! It's great to see you putting so much work into this project! Keep up the good work, B4RR3l!

Dear developers,i have a problem.
Im installed Battlefield 2 and Heat of Battle mod witch is 1st mod i installed so the game is clear,and im installed custom map pack and vanilla map pack in game,and when i start BF2 it works but when i start a mod it run and crash on desktop whit this error:

i dont know how to fix it,pleas help,i really want to play this mod.

Love the mod to death. I would like to setup multiplayer servers for the game. So far I haven't had any success yet. Upon map load and try to join the game, it crashes.

I know you developed the game as a SP mod, but hell, this would be awesome fun with friends and bots online.

Hope to hear from you soon, I know its been 4 years since you posted, but heck, I'm sure as hell am going to try.