Without further ado, we're happy to finally release Hazard Course on the Workshop! 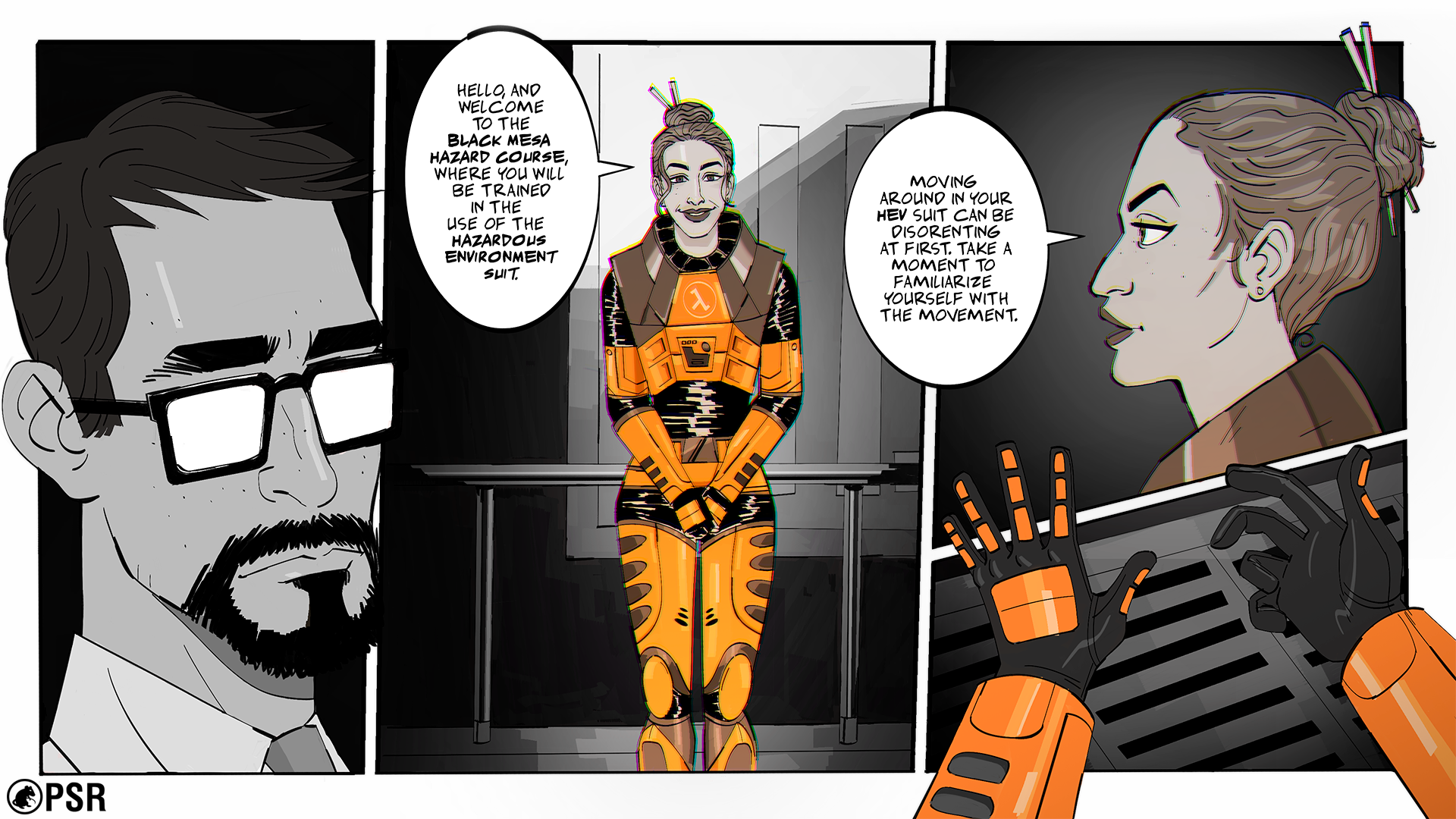 Hey hey, guys! Guess what day it is? That’s right; Tuesday! But more notably it’s also December 29th, which is the 5-year anniversary of Hazard Course’s release! Man, just saying that I can feel my skin begin to wrinkle. Time sure flies when you’re… waiting for Black Mesa to… be finished. Still. But ho! That day has come and passed, and with it, Black Mesa’s Steam Workshop is finally functioning! Mostly!

So without further ado, we’re happy to release Hazard Course on the Workshop.

Featuring enhancements of varying degrees as well as some new dialogue here and a bugfix or two (or three) there, we hope you enjoy The Course! It’s been a long time coming and we’re happy it was finally something we could do. If you’ve never given Hazard Course a play, now it’s easier than ever to do so, and if you have, maybe it’s worth experiencing again? 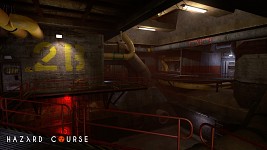 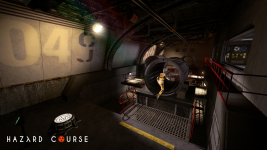 Moving forward, we’ll be doing any necessary maintenance and bug fixing, but overall our team will be shifting our focus back onto our new baby, Peer Review. If you wanna keep up with us, go ahead and check that out. We’ve also got a comfy community Discord server if you wanna chat with us and other fans directly, as well as a Twitter profile for general updates. 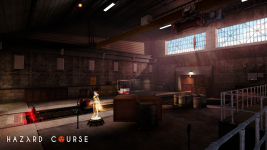 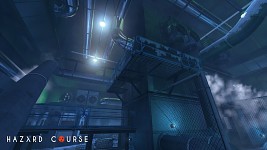 Finally, are you hungry for more Black Mesa content while you’re at it? Well, PSR devs still have you covered! Earlier this month, two of our core developers released map packs of their own as solo projects. Check out Notewell’s Stojkeholm, a half hour of original, fun Black Mesa action!

And once you’re done there, peep Further Data, Chris’s reimagining of Half-Life: Uplink!

A huuuge thank you to everyone who plays, and to everyone who’s been waiting on the Workshop version. We’ve wanted it just as badly as you have, and we’re excited to finally call it a wrap.

my most sincere congratulations, i would pop a bottle of champagne for you guys if i could afford one but i'm currently unemployed (i didn't even know today was tuesday so i guess that joke is on you). wish PSR all the best with it's next project and a great 2021! 🍾

It's done, I've already played the mod version but thanks for your long commitment to put your project on the retail version, now HL1 remake is finally complete with HC and Further Data aka Uplink Source. That's quite amazing to see a "mod" of a "mod" which now is a part itself of a retail game. HL would never be really HL without its Hazard Course. That won't mean something for many young players but in 1998 that was quite impressive to see, for an FPS, a training level that much developed.

I've done a first run to see whatever what's new, and a second run more focused on doing as quick as possible (but I'm not in bunny hops or wall-slides).

The future rests now on the shoulders of Tripmine Studios for OBM and Guard Duty.

Besides the 2020 visual upgrade, it's overall the same hazard course as before but I've counted (also with the discord server) numerous hints of easter eggs that could be achieved.

Not a big fan of Freddy's so I took only 5 minutes of playtime with FNAHC, and I quit at the first "failure". But that's still a cool feat. , I don't remember any GoldSrc or Source mods having done that (until today).

Five nights at HC is very spooky...I love it!

So we can say for sure that Half-Life remaking is 100% finished at this moment (original plot from Inbound to final Xen chapters, Hazard Course and Uplink). God damn, we've been waiting for that for many years, and it's all here. This year was quite tough for all people with corona and other tons of ****, but this year was definitely great for Half-Life universe and its fans (HL Alyx, Black Mesa Steam release, Xen chapters, Definitive Edition, now HC and author's vision of Uplink).

Is it really that time again? The time to replay all of this once again, and it will NEVER gets bored.

As already said on Steam. Congratulations. Your dedication to the Half-Life Community is above standing and goes far beyond your call of duty for this amazing community. It's been indeed a very long road and I'm happy that I'm still here to witness it. :D Turning 33 next month. Wow where has the time gone by.

Now we just need Operation Black Mesa, Guard Duty & the Decay remaster and and every youngster can enjoy the franchise that shaped follow up generations of ego shooters.

To all of you out there and reading this. I wish you a happy new year and lets hope that the next year will finally show us a resolution to this Corona madness.

You must forgive me, but I'm much disappointed. Perhaps the adaptation of this modification for the workshop and version 1.5 took a long time, but I did not see the changes in the key locations (the first and the last). I knew that you were working on the update a few years ago and hoped to see larger changes.

I'm glad that now the mod has been adapted for the steam version, I'm glad to see the graphical improvement, but as a mapper I'm disappointed with what I saw ....

I understand that you are working on new projects, but this project was special for me, so my expectations were high....

You're entitled to your own opinions, but I feel it's a bit unfair to imagine changes for us to make and then be disappointed in us for not living up to what you came up with. You knew the mod you were getting 5 years ago. We never promised major overhauls, so you set yourself up for disappointment.

You said yourself that you saw graphical upgrades throughout, and we'd hope you as a mapper would also recognize the incredibly complex entity logic we have in place, or the reactive environment/characters, or just how much technical effort went into porting to the new engine. Not to mention how nearly bug-free it all is. Yet you're disappointed because the beginning and ending didn't get the major upgrade you imagined. You say the mod is special to you but fail to recognize the amount of work that went into bringing it to the Workshop. We were in a group chat with Crowbar Collective's programmers passing builds around for weeks to make sure this could happen, but you're boiling it down to what I can only assume is some cosmetic changes we never claimed to have. That's almost insulting.

Trust me, HC doesn't live up to any of our environment art standards these days. I would love to go back and rework things. But as you said, we've got new projects. We've moved on. We don't have interest in completely redoing our work from half a decade ago. We've grown and accept our work for what it was knowing that in the future our works will be wildly better.

Thankies for your interest, we appreciate that you played <333

A translator is not the best way to express a thought, you perceive the text too critically.

It was well worth the wait, I was extremely impressed, Chris. I especially love all the foreshadowing throughout the mod and the "you won't need it in the future" lines.

Thankies! I'm glad you were happy with the update and enjoyed it <333 Hope 2021 treats you well!

Cool! Thanks for releasing it again

So good to see this legendary mod make a glorious comeback on Steam! Congratulations!