Hash Rush is back with another event, this time for Halloween 2020. But that's not all, we are tipping our hat to all the other developers here by going into detail on why we are using events to promote our players (new and old) to test specific features - and what the results were like. We hope that you'll find this useful! 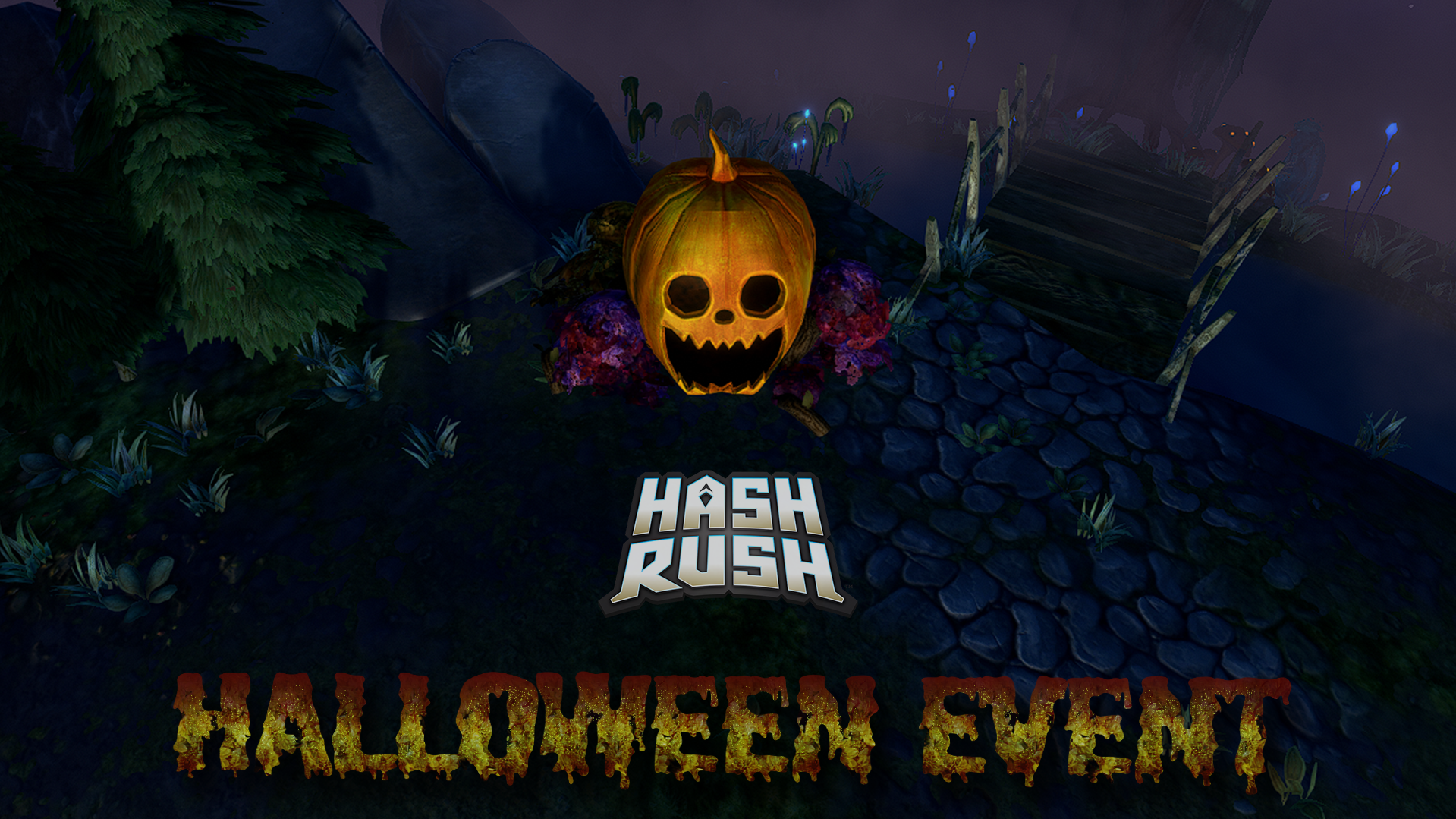 It’s been an interesting few weeks for Hash Rush, so we’re back here writing up a quick update on what is going on in the world of Hash Rush.

Today we’ve got two main topics, the first is a look at the latest event in Hash Rush and the second (hopefully interesting to the developers out there) is a breakdown of why we are using events to promote game testing within our community, how we approached it, and what the results were.

So without further ado, let’s begin!

Starting on Saturday 31st of October, we started this year’s Halloween event bringing back the popular dungeon feature that was present during our alpha test phase.

Scattered throughout the player’s planetoid they will be able to find these Giant Pumpkins. 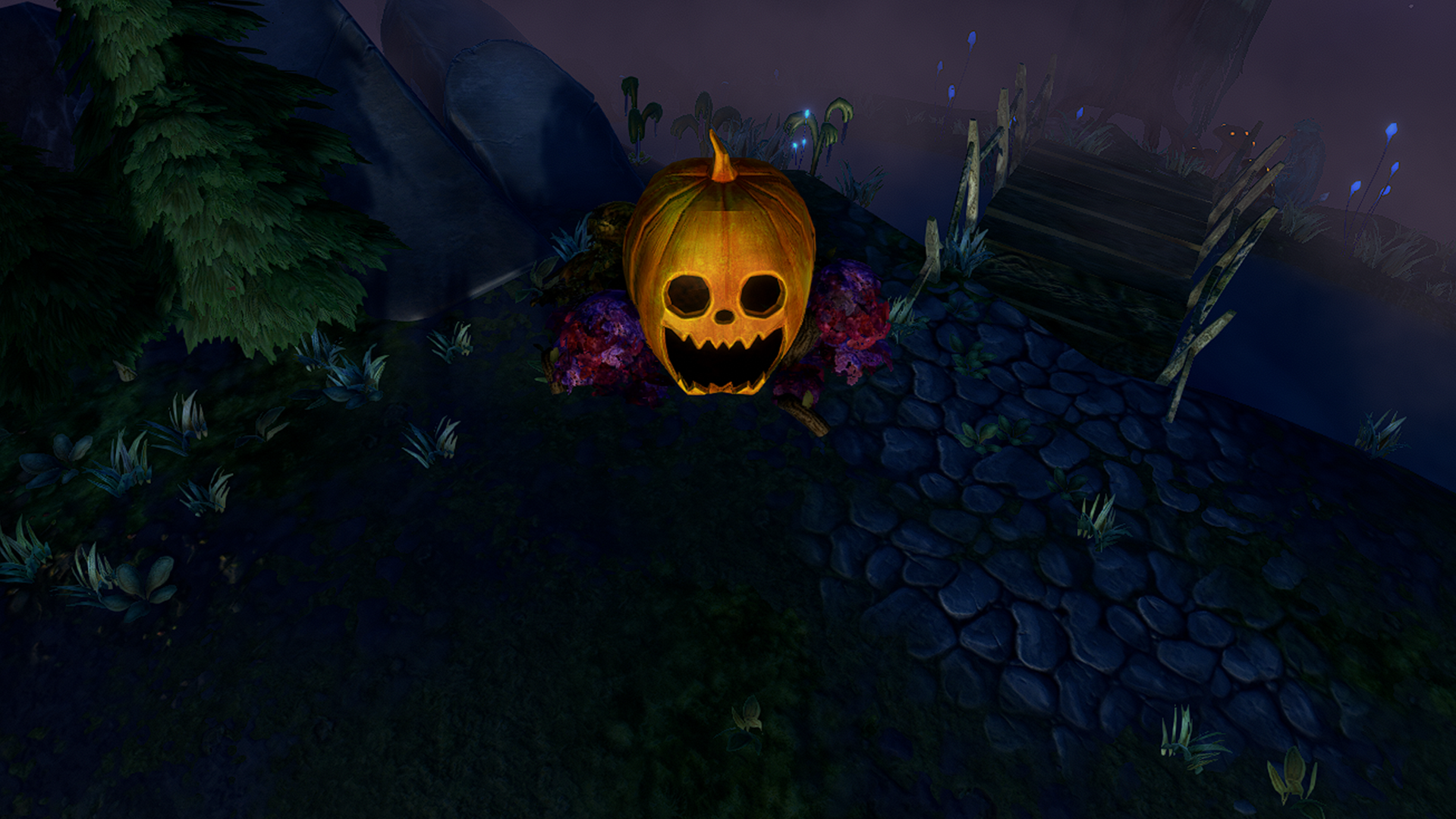 These are not just decorations, these are in fact entrances to dungeons. That’s right, the highly popular dungeon feature is back.

Within these dungeons, players will be able to find Pumpkin corrupted Ernacks, the Pumpkin’Nack, and the Jack O’Trogg. Defeat these two monsters and they will drop Pumpkins, the special item of this event.

Pumpkins and the Community Goals

For this event, we have two goals: 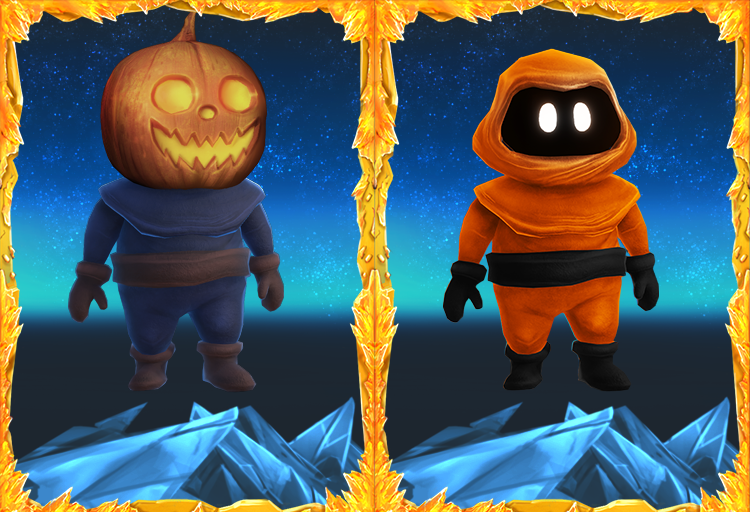 These skins can be applied to the Ernack Workers only, and of course, you are able to combine these two skins so that you have the full set!

Just remember only players who have collected at least one pumpkin during the event will be granted the overall prize. So be sure to join Hash Rush today (it's entirely free) to join in on the event and secure your event exclusive skins.

We thought that we’d add an extra section here as a short write up that may be interesting to other developers.

One question that we’ve been tackling is ‘how can we encourage players to test the game?’ Naturally, we have our own community and we would inform them of new features, encourage them to play through the new features, and then give us their feedback, but this only reached out to our existing community members. The problem with this is that this primarily reached out to a limited group of people (the existing community) and ultimately a real stress test needs players who do not know the game inside out - so new players.

To solve this problem we decided to change our workflow to include events that start after a major update, these events make use of the features that we were developing. (Do keep in mind that Hash Rush is still very much in early beta and so functionality and stability is not complete.)

In our previous event, our goal (from the developer’s perspective) was to gauge what the player’s reactions to the end-game of the planet cycle felt like, and also to find out what the player’s thought of the combat system.

To get this data, we set up the previous event to focus on defeating the final boss (the Crystal Fiend) and then reward them based on how many Fiends the entire community defeated during the event. By setting the goal as a community-wide target, we were able to set goals that would be impossible for an individual to achieve but very possible for a group (the entire community) to reach.

How did this work for Hash Rush?

Before we can answer that, we need a bit of background information on what the Crystal Fiend represents in Hash Rush.

So all in all, by encouraging the community to reach and defeat the Fiend, they were exposed to all of the points that we wanted to get feedback on, even if they chose to get to that point only once.

A summary of the feedback that we received from the previous event was that we were on the right track (a big sigh of relief from us) and the game-loop was fun, but some major improvements were needed if we were to be able to retain new players.

Based on all the data that we received we were able to learn:

What was vital to us was where this information came from. Our existing community members (who are all fans of the game) were more accepting of the missing links in the system and so they were more than happy to focus on telling us ‘what was good', on the other hand, the new players were a lot more vocal about these missing links. It became particularly interesting when the new players and older players had quite in-depth conversations about the various suggestions and how they would improve the game - to the point where the majority of the Hash Rush team were very eagerly watching (and contributing) to the conversations.

Was it Worth it?

The big question, was it worth it? Firstly, we must keep in mind that developing an event does take away time from developing features/fixing bugs.

Essentially, our workflow was changed from:

Do keep in mind that the ‘Event’ is as big as a core feature for the game, though it does have the benefit of being reusable (when developed with reusability in mind).

So, to answer the question, for Hash Rush it was a resounding yes.

It is true that by introducing the events we did have to delay further features (crafting, new planet biomes, and the like), however, the benefits of the event far outweighed the negatives that came with the delay.

In the end, we were able to attract more people to the game (hitting new DAU peaks), spark a lot more life in our community channels, and receive feedback from a new group of users that were coming into the game with no previous experience/expectations.

Hash Rush is a free-to-play online RTS game set in the fictional Hermeian galaxy. Players start on their own planetoid and need to develop their base, train combat units, and fight to cleanse their planet from the mutated monsters controlled by the Crystal Scourge.