This update will take you aboard the International Space Station and the real life on orbit nowadays. The station, as well as its design, space engineering technologies, the knowledge we (I imply, humanity) have collected from our studies aboard – all that is intended to provide a robust scientific basement to the Daedalus, it’s storytelling, environment and atmosphere.

This update will take you aboard the International Space Station and the real life on orbit nowadays. The station, as well as its design, space engineering technologies, the knowledge we (I imply, humanity) have collected from our studies aboard – all that is intended to provide a robust scientific basement to the Daedalus, it’s storytelling, environment and atmosphere.

There will be a decent amount of links on thrilling and learning videos in this modest update. Albeit, I am sure, you’ll get closer to the reality of space/stars/planets after watching them :)

Just a couple of words of welcome and appreciation devoted to Sebastian Tivig, - our current and long time supporter who generously offered his help and knowledge as a science consultant in aerospace engineering. I’ll spare you with his CV details, as they are obviously impressive. The fact is that he already gave me a plethora advice/ideas to consider. You can check his comments on the previous “Artificial Gravity” update, btw. He also recommended that splendid science/engineering book to browse before getting to the hard modelling of the Daedalus Space Station (DSS) and its interiors: “Space Stations: Systems and Utilization” by Messerschmid, Ernst, Bertrand, Reinhold. I’ve began to read it already and can recommend it to anyone who would decide to dive into modeling or concepting spacecraft with the hard sci-fi approach. 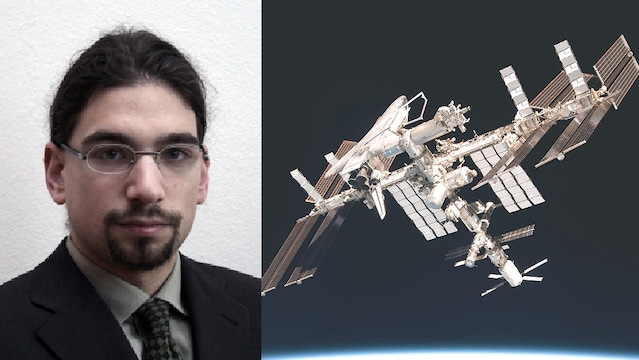 And some interesting personal facts about Sebastian, just to know him better as the guy of our geek community:

• He has three kids and is a family man. Both with his wife, they are long-time roleplayers. Been playing classic sci-fi RPG (Shadowrun, Das Schwarze Auge, Eclipse Phase) since the mid 90s and currently working on his own RPG system. He has been proof-reading Eclipse Phase on some documents and has done some fan-based stuff for CthulhuTech and Victoriana.

• He is a fan of Sci-Fi since a long time: he started from Stanislaw Lem, then moved to McArthur, Asimov, Heinlein and then expanded from there to a wider area of authors.

• Regarding movies, he is a big fan of the original Star Wars saga and, actually, enjoys the new Star Trek a lot. Never was a fan of Babylon 5 or the stuff, but watched Andromeda, followed a bit Battlestar Galactica (the new one). Played, of course, Wing Commander in all of its glory, Mass Effect and all the similar games which he enjoys very much.

• His core subjects in university were: space station design, satellite design and satellite use of Earth observation.

Really, glad to have Sebastian aboard to make the Daedalus more realistic immersion into the story and gameplay.

So, let me show you the popular science lore I’ve dug to make a draft of the DSS... 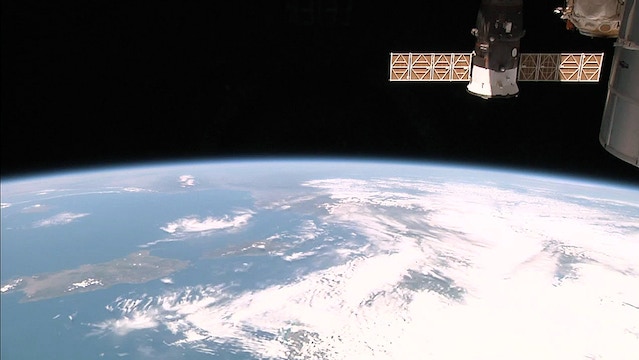 Ever wanted to utilize ISS’ cameras live and meditate on Earth view from space?

After 2014 you don’t even need to work in Mission Control Center to get the access. Just use the High Definition Earth-Viewing System (HDEV) from you PC/MAC/pad. The High Definition Earth Viewing (HDEV) experiment aboard the ISS was activated April 30, 2014. It is mounted on the External Payload Facility of the European Space Agency’s Columbus module. This experiment includes several commercial HD video cameras aimed at the Earth which are enclosed in a pressurized and temperature controlled housing. While the experiment is operational, views will typically sequence through the different cameras. Between camera switches, a gray and then black color slate will briefly appear.

Sometimes I look back to Jules Verne’s "Around the Moon" I read in childhood, and get amazed by that now we just can to feed a pet, slack in armchair and observe our planet from space in a couple clicks, or to browse fresh photos from Mars. Nowadays it’s even sounds like something from Instagram, like “my breakfast; my dog; oh, it’s me in Walmart; it’s me in Walmart on Mars...”

The future is here. 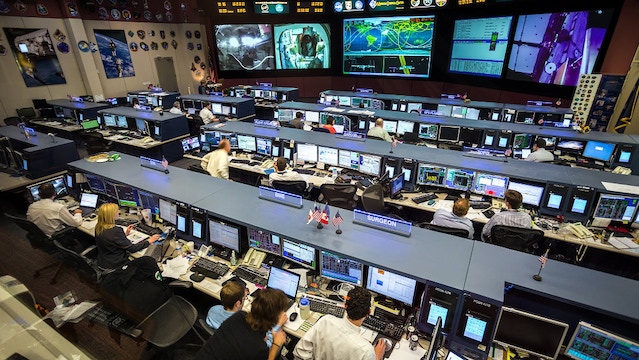 Want to turn you own PC/MAC into Space Center Houston?

See the same the astronauts aboard the ISS see right now: LINK.

Keep the ground track of the ISS´s orbit: LINK. 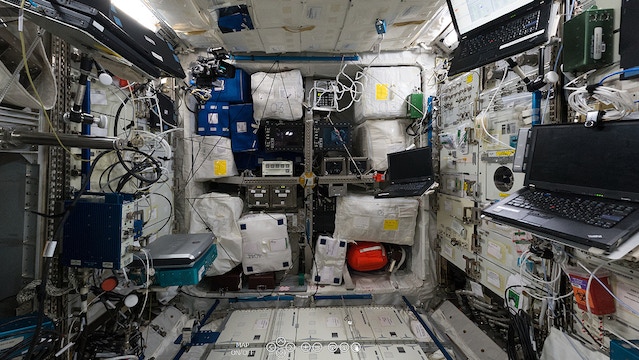 Want to browse inside the ISS and check its every corner yourself?

I personally regard all space agencies in the world like one of the best representation of the humanity’s light side. The collaboration between people working there erases all international borders invented by politics; the bravery of the geeks on the frontier between common and future is their watch (heh, “Space Watch” ?) moves us toward the stars we came from.

One of such cool projects of transparency and collaboration is the interactive ISS Virtual Tour that allows you to explore the ISS yourself: LINK.

For even more tours aboard the ISS, I’d recommend you to check that concise NASA’s page: LINK.

I bet, now you can see even better how hard sci-fi view/approach on spaceship design and interior design is different from popular sci-fi and cosmic opera genre.

As you might know astronauts Scott Kelly (NASA) and Mikhail Kornienko (Roscosmos) returned this year (March 2) to Earth after a historic 340-day mission aboard the International Space Station.

During the whole mission they recorded various videos from the beginning of preparations, through the like on orbit, up to landing back to Earth. Their videos influenced the concept of the Daedalus a lot, as well as they expanded my mind, erudition and purview. Beyond that, they are really cool and thrilling if you dig sci-fi space stuff.

There are two main channels of records, two point of views, that was made by Scott and Mikhail. In this update I feel like to share links on Mikhail’s video records (with subtitles) because... well, I personally, found their more intimate and informal. Based on my own experience in Mission Control Center, I can assume, those record by Mikhail were made not for Times or PR but just like “Hey, Mikhail, here. Take that cam. We need to record a video for our YouTube channel... I dunno why. *shrug* Now everyone keep YouTube channels. *shrug* Just about anything you feel like to. I’ll google about curious scoops and drop them through Skype when you’re aboard the station. *shrug* Just, take the cam, Mikhail” :) 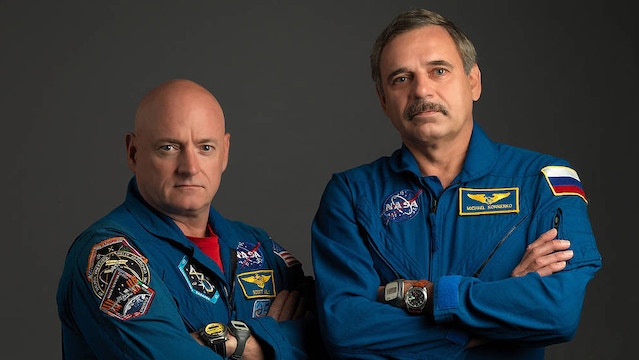 A Year in Space:

And btw, about the subtitles and Russian language in space... 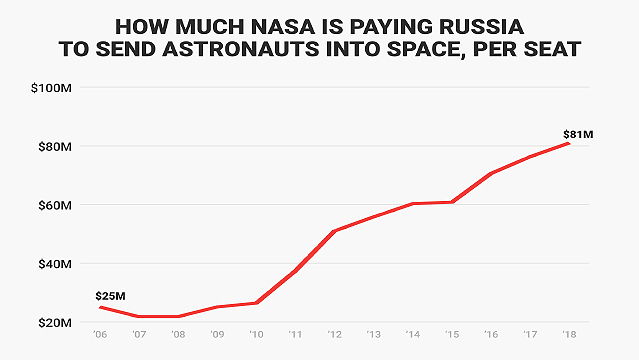 Do foreign astronauts have to be able to speak Russian?

That might sound crazy for people outside the industry but Yes.

You might think, why teach Russian to astronauts, if everybody speaks English anyway?

The fact is the working language at the ISS is English, indeed, but all the crews are now delivered to the station by a Russian ships (since the end of the Space Shuttle program, Soyuz is the only spacecraft used to carry astronauts to orbit).

The astronaut who is in the left seat is the right hand of the commander and duplicates all the commander’s operations during the ascent, from lift-off until docking with the ISS. The astronaut in the left seat should communicate in Russian for the entire six hours, since the Mission Control Center gives commands in Russian, and an interpreter simply would not have time to translate it all.

Usually, American astronauts come to Star City (the place for spec preparations) after being assigned to a crew and after passing an ACTFL test, the American system according to which the astronaut in the left seat should speak the Russian language at a level no lower than Intermediate High.

The language level requirements for space tourists and payload specialist are lighter. This is social sphere, specifically a basic level of knowledge of the Russian language and the ability to meet the minimum needs of communication. They train for only six months and get only about 250 hours of the Russian language. As for special terms, we first introduce simple words – "on-off," "press." Word combinations – "check the leakage," "equalize the pressure," "hold the handle" – are introduced in the last two months of training. 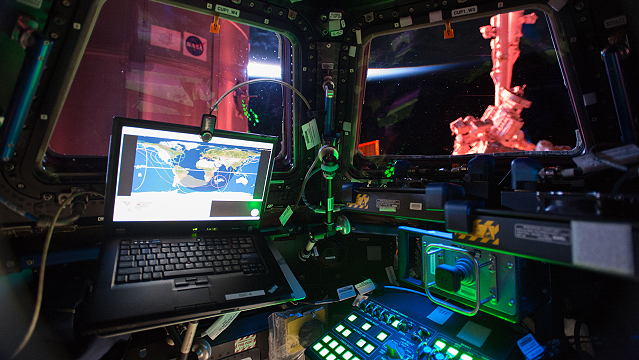 Though, while I toiled on the space industry forecasting for the After Reset universe, I came to decision that by the time of the DSS construction all of the modules and subsystems on the station (despite the origin of its USPN’s parts) must have English markings as the basis, though they might have spare markings in language of origin. Especially those early Nodes from times of the first staged of construction in 2089.

Well, I bet, that decent update will take time to study and enjoy. Feel free to comment in case. Have a good family weekend and see you next week with some other tasty content.