Rituals of the old has been 1 year in development. Happy birthday!

Happy birthday Rituals of the old!

Rituals of the old has now been one year in the making. It’s been a wonderful experience so far. We’ve had our ups and downs along the way. We’ve had many newcomers some of which have stayed and a lot of people going away after realizing that game development is actually hard.

Let me talk this time a little bit about what I do in the project.

As a game designer and project leader of a small indie team much of my time is spent between organizing the group, researching background information for features, finding good references for artists, trying to build up a presence in social media, maintaining the blogs, websites and public relations – and among all that, creating the design documents for Rituals of the old which define what the game should be like.

When it comes to the game design - and if I have a choice - I work mostly at the tasks I feel inspired to do that day. Sometimes that means constructing parameters for character creation or designing how the survival system and respawning works. Sometimes I just look for movies, stories or other games for passive inspiration – gathering experiences and reflecting upon what really moved me and how it could be used in the project.

The thing is - you can’t force inspiration. Sometimes you only get about 10 minutes of good work per day – and you will know ”that’s it”, that’s all you’re going to be able to do today. I have a very active mind and imagination and I’ve never ran out of ideas so far, but the creation process is like a journey and every now and then there’s a bend in the road and you don’t see what’s coming around the corner until you get there.

So that’s the creative part. It’s usually very simple. You just write down a couple of words and that’s it, that’s the beginning of something great.

The rest of the work is just expanding upon those few words - and that is the hard, the non-inspired, part of the work which takes a lot of time and preparations and it bogs down and depresses most people by the sheer magnitude of it. 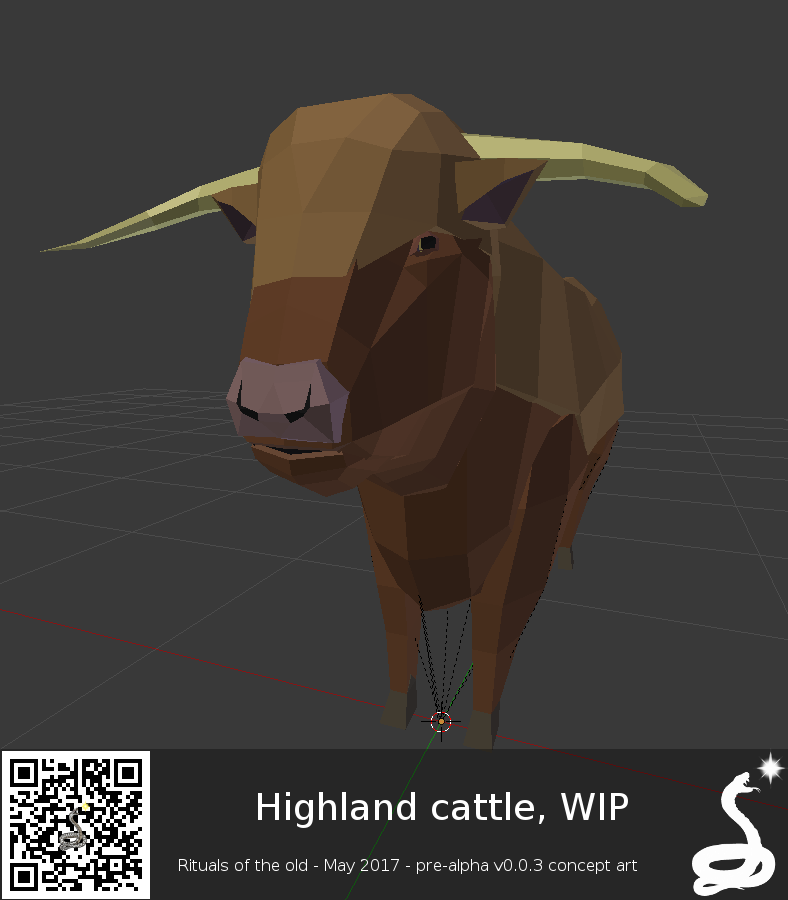 For example, when I’ve been creating an artificial language for the game it sometimes takes two or three days to come up with a translation for a particularly tricky word. But usually it’s much faster than that - we’re talking about 20-50 words per day. But that one abstract word which has no real connection to anything might need a lot of research into it’s etymology and it’s various meanings, connotations and synonyms in other natural languages to get to that feeling, epiphany, or realization what the words really means and how to best express it in the constructed artificial language.

The work is 1% inspiration and 99% back breaking hard work.

I usually start my working day at around 10 am and keep working on various things on and off until 1 am of the next day.

The first thing I do when I wake up is catch up with what’s been going on during the night when I slept – when you have people working on the project on several different time zones it’s important to respond to any issues as fast as possible. Otherwise small delays in the coordination might easily be stretched into days or weeks of lost work time. 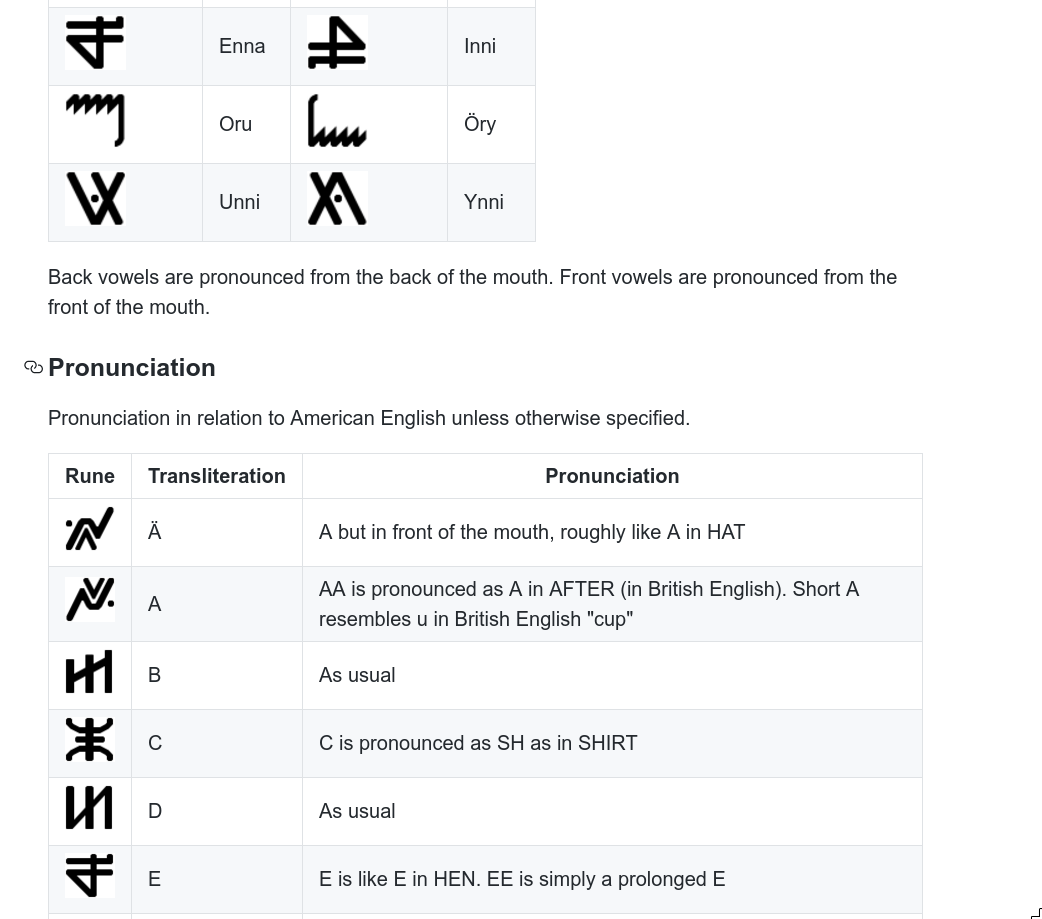 Working on Root language on our internal wiki

After catching up I usually do my best and most creative work. A fresh mind can solve an abundance of problems in the morning that a person worn down by days work and activities is unable to resolve at night.

After some time it becomes impossible to continue doing any inspired work and I switch to repetitive and tedious tasks which don’t require as much thought and focus.

Eventually even the repetitive and tedious tasks overpower the mind. That’s when the actual work is done for the day and it is time to switch to research – to search for new ideas and concepts that might be useful and interesting. This is mostly watching movies that are somehow related to the subject of our game or playing games revolving around the same matter.

In between research and mundane tasks I coordinate the efforts of the other group members and keep up with forums and social media.

Finally late in the night there’s another chance to do some creative work when everything quiets down – but it’s not the actual inspired work, as that is best done in the mornings. It’s rather the work which expands upon the earlier inspired ideas.

I’ve been working hard at building and expanding our internal wiki now for bit over a year or so and there’s still a lot of work to do in the game design.

The work load is simply staggering for a one person. Fortunately everything else is always lagging behind what I do and usually I have plenty of time to get the initial designs done before coders and modeler are ready to pick up more work.

We’ve also recently obtained a new member, AnotherDoor, whose job is solely to focus on the game design. He has been a big help in that department.

Our lead coder, Bensku, has been hard at work for several months on the next version of our in house mesher, Terra, and it’s getting ready sooner than later. After hooking it up with networking and solving the remaining multithreading and i/o issues we will implement a simple terrain generator to get some testing done. You can expect this in the next few months or so.

Getting proper world generation, biomes and physics done is going to take longer. Don’t hold your breath for that yet. We’re still knee deep in the initial building and designing phase. 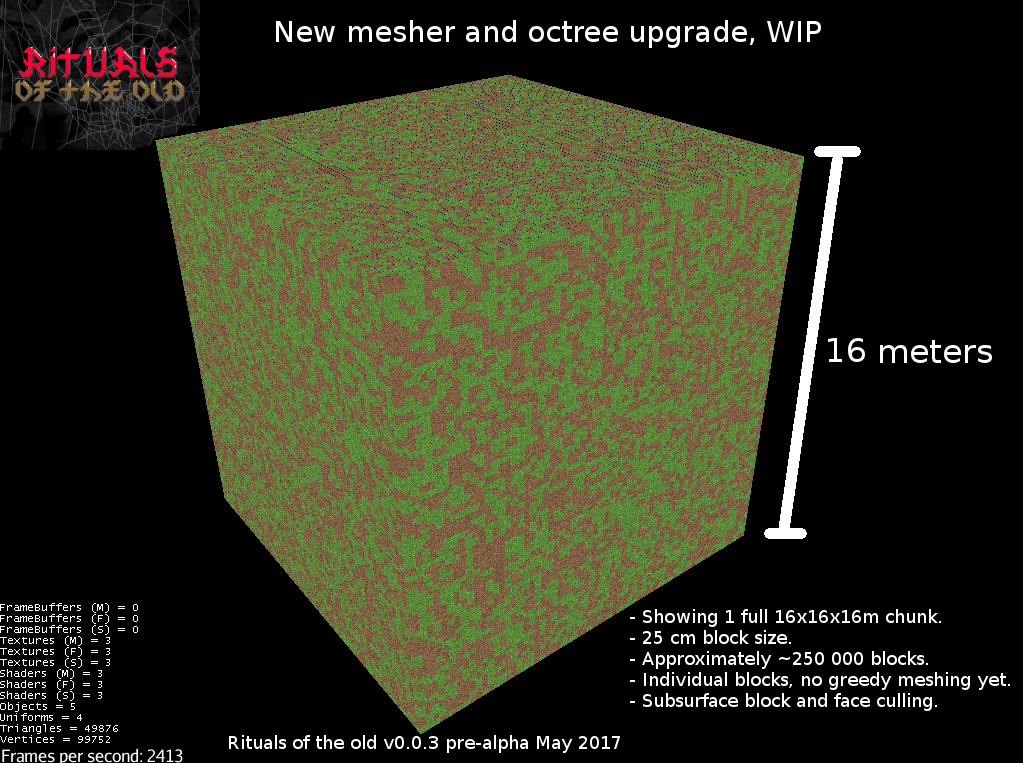 Bensku working on our mesher, Terra

You might remember seeing some early screenshots of the account registration and login systems. We’re currently in the process of revamping it and moving it to the web. It was previously embedded in the launcher but since we’re going to need a web based account handling anyway we thought it prudent and useful in the long run to tear it out of the launcher and start moving it to the web. In the future when you click ”register” in the launcher it will open a web browser and you will be directed to a secure web page which handles the account creation, multiplayer keys, etc – your account.

After we’ve broken through the resistance of these low level tasks we’re in a really good position to start building support in the code base to prepare us for the implementation of the higher - more abstract - functions. This will include but is not limited to things like Entity Component System, primitive building support, physics and support for player interactions with the world and entities and so on. In other words things that will eventually serve as a foundation allowing us to start building the actual game.

We’re still far away from that, but we’re a bit closer to a very interesting prototyping phase where things will start to form up in a tangible way.