-All the units are new (323 + officers, standard bearers, generals, historic characters, horses, elephants)and now have a more historical look.
-A complete new 2D art to menus, faction's interfaces, loading screen...
-The factions are different, some of them were delete (boii, allobroges) and some others are new (cenomanic, oscan, corsico-sardinian).
-Faction's symbols were changed.
-Trait's system was remake, now is more complex and extended.
-Ancillaires were changed to personal items, and are related with the trait's system.
-Campaing map's textures were changed.
-Provincial campaigns added, and this is the most important change. Now you can play the Italy's invasion step by step...by now there are the first campaings (Alps' crossing, Ticinus and Trebia's battle) but there are more to come out (Cannae, Trasimenus' lake, Tarentum and Croton, Capua's take, Zama...).
-Imperial campaign (main campaign) is non playable by now, there is a placeholder until i finish to made all the changes to do it playable (is a lot of work).
-Building's tree have a more complex and extended system.

NOTE:
In this version you must choice between the 3 different provincial campaings (Across the Alps, The arrival, The ambush) to play, imperial campaign is a placeholder by now. 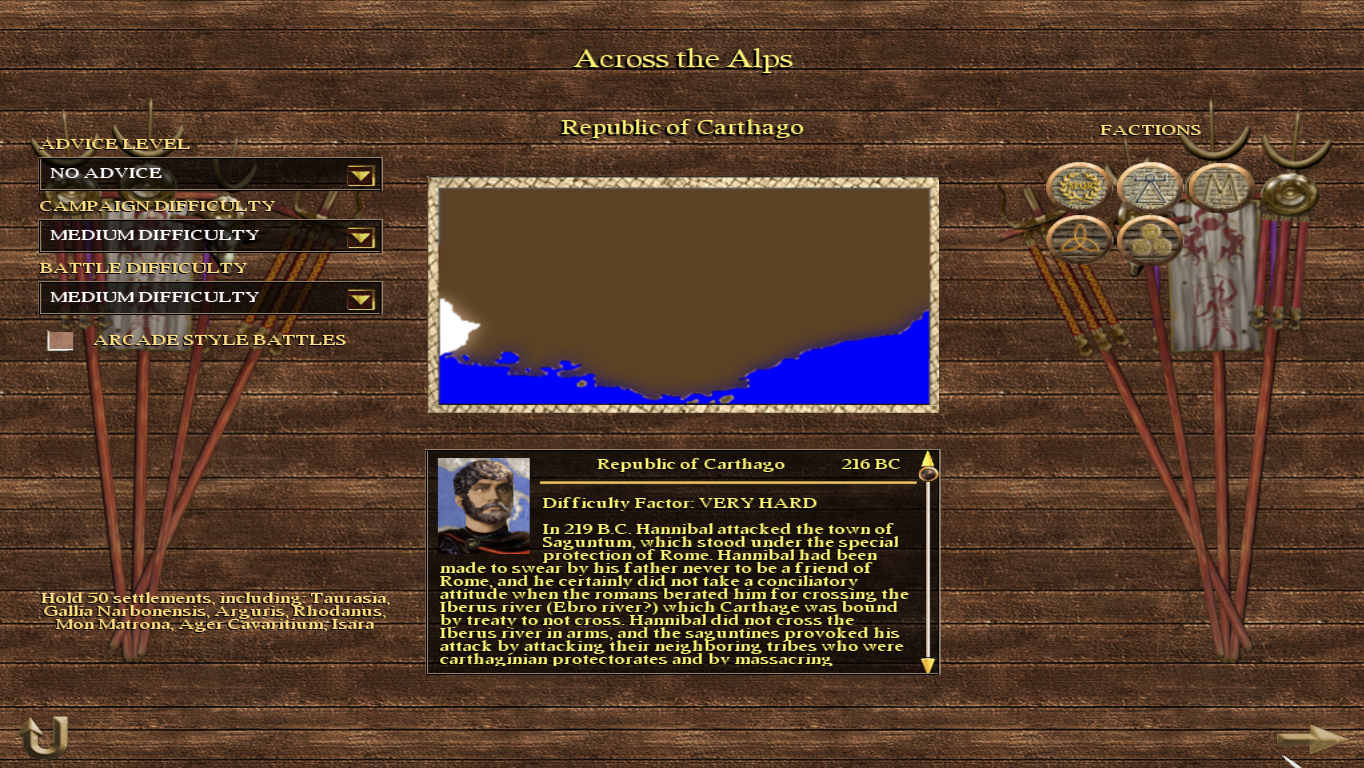 To play with Steam you have to extract 'HAP' folder from the archive into 'rome total war alexander'. Then Launch Steam, go on Alexander in you Librairy, right-click on it, then click on 'Set Launch Options' and type -mod:HAP -show_err -nm -movie_cam . Then play Alexander as usual. 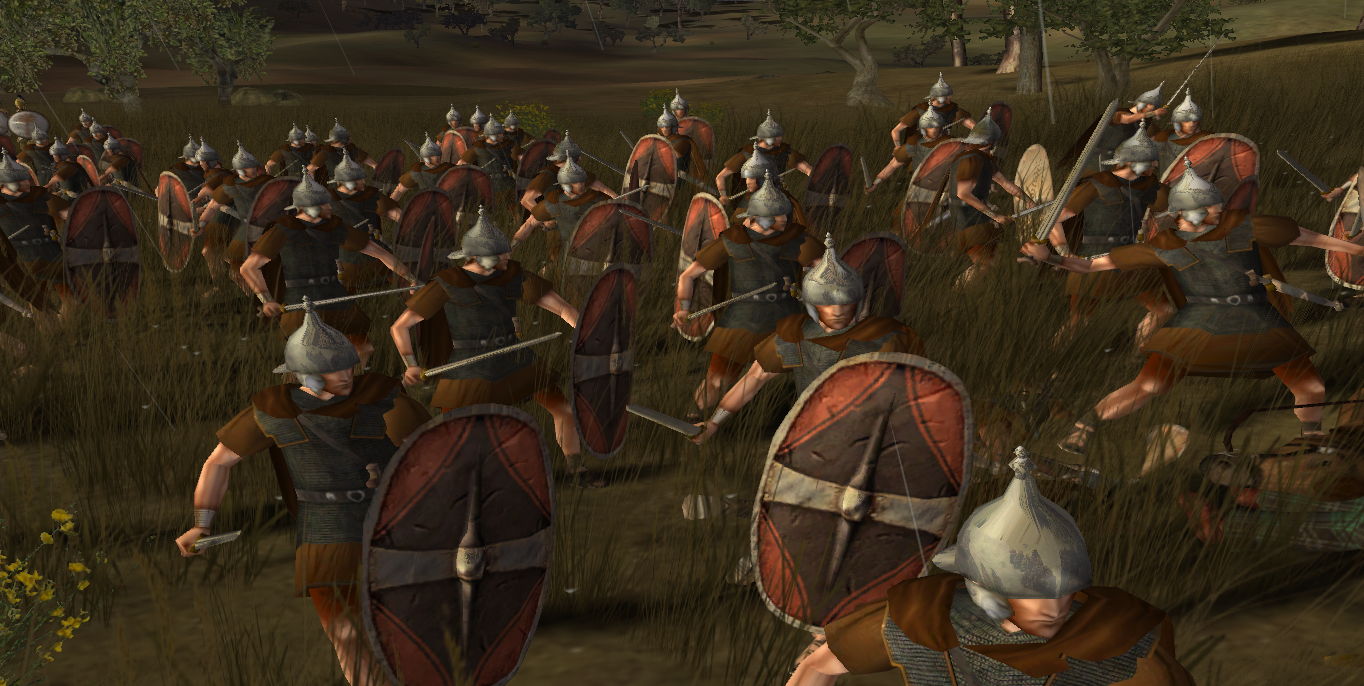 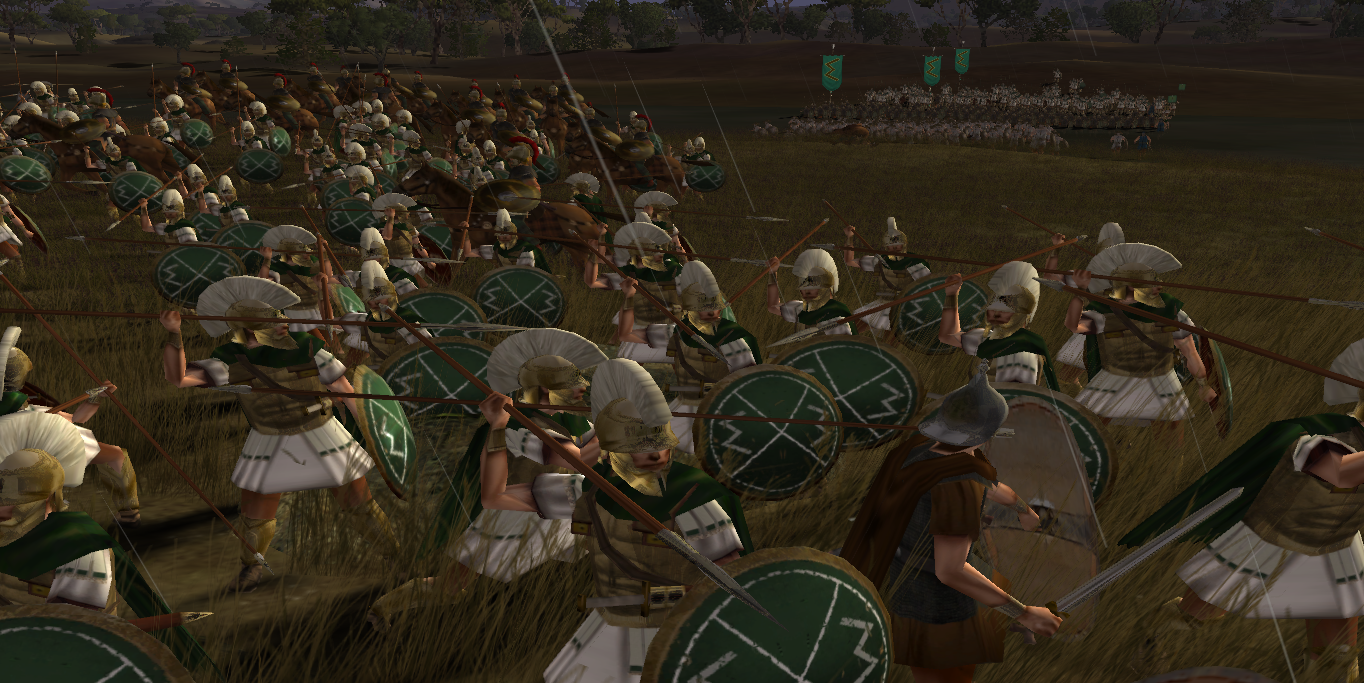