Hammerlord 0.5 update for Bannerlord e1.4.2 beta available. It turns the world of Calradia into a popular fantasy tabletop world. 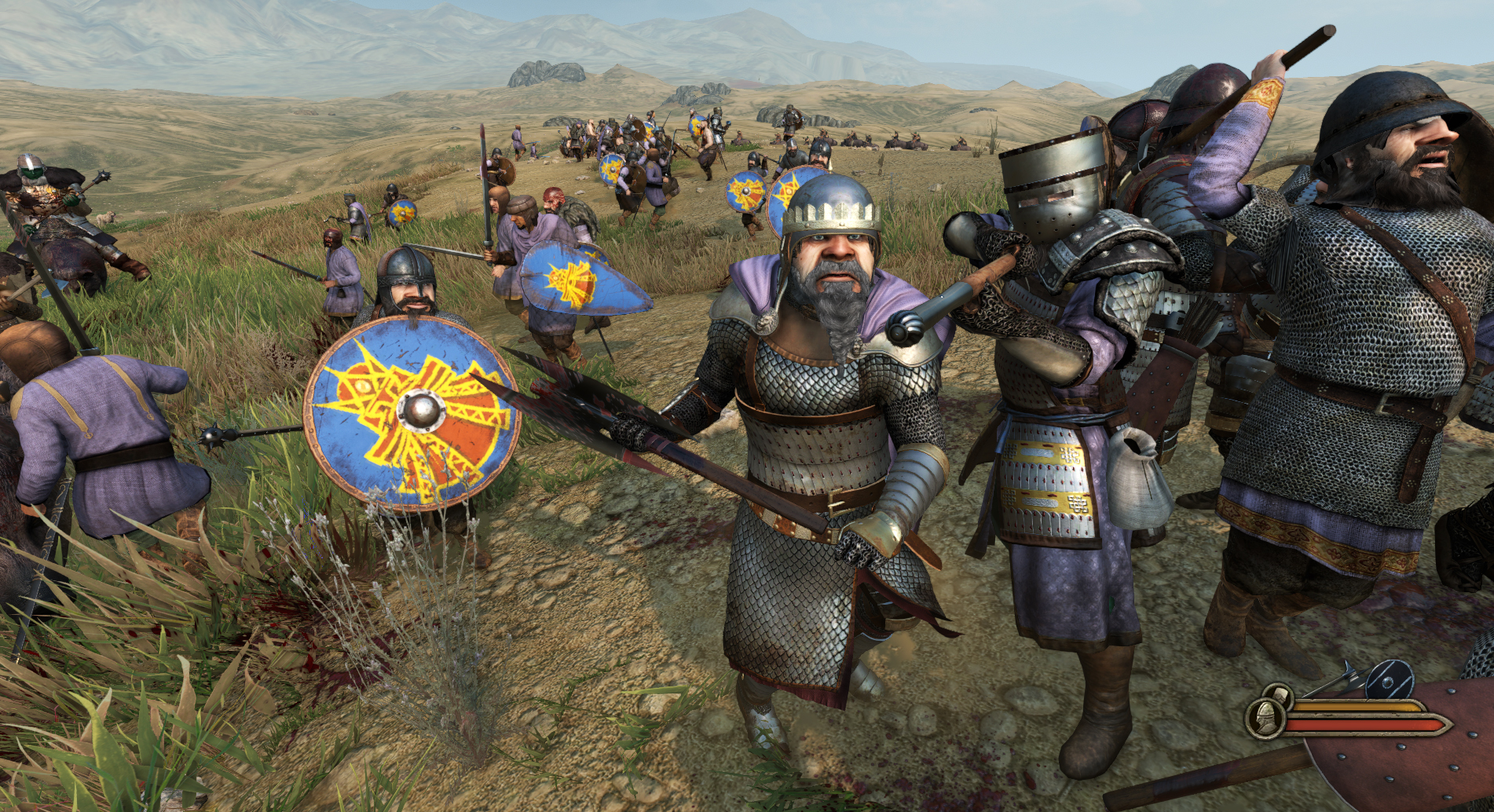 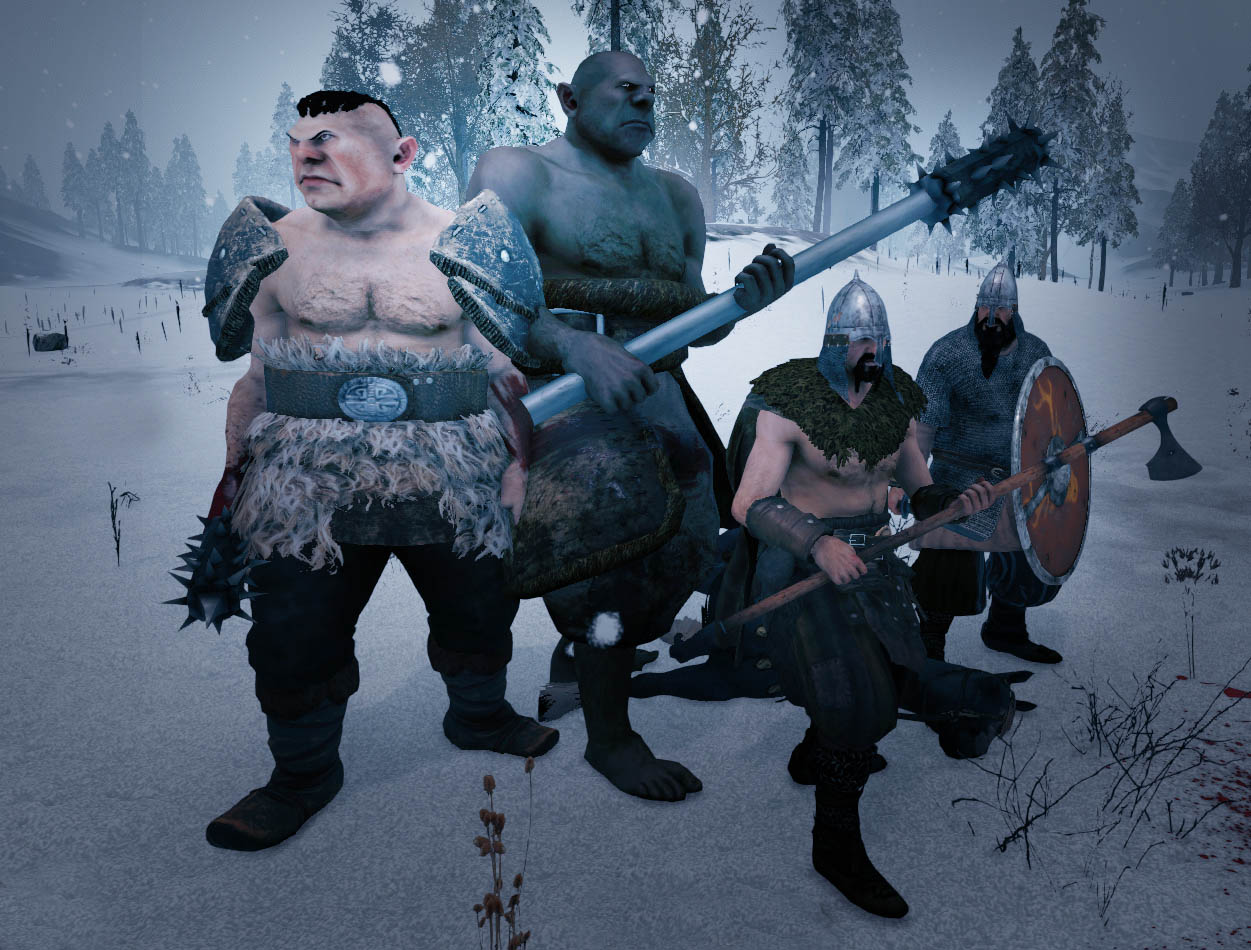 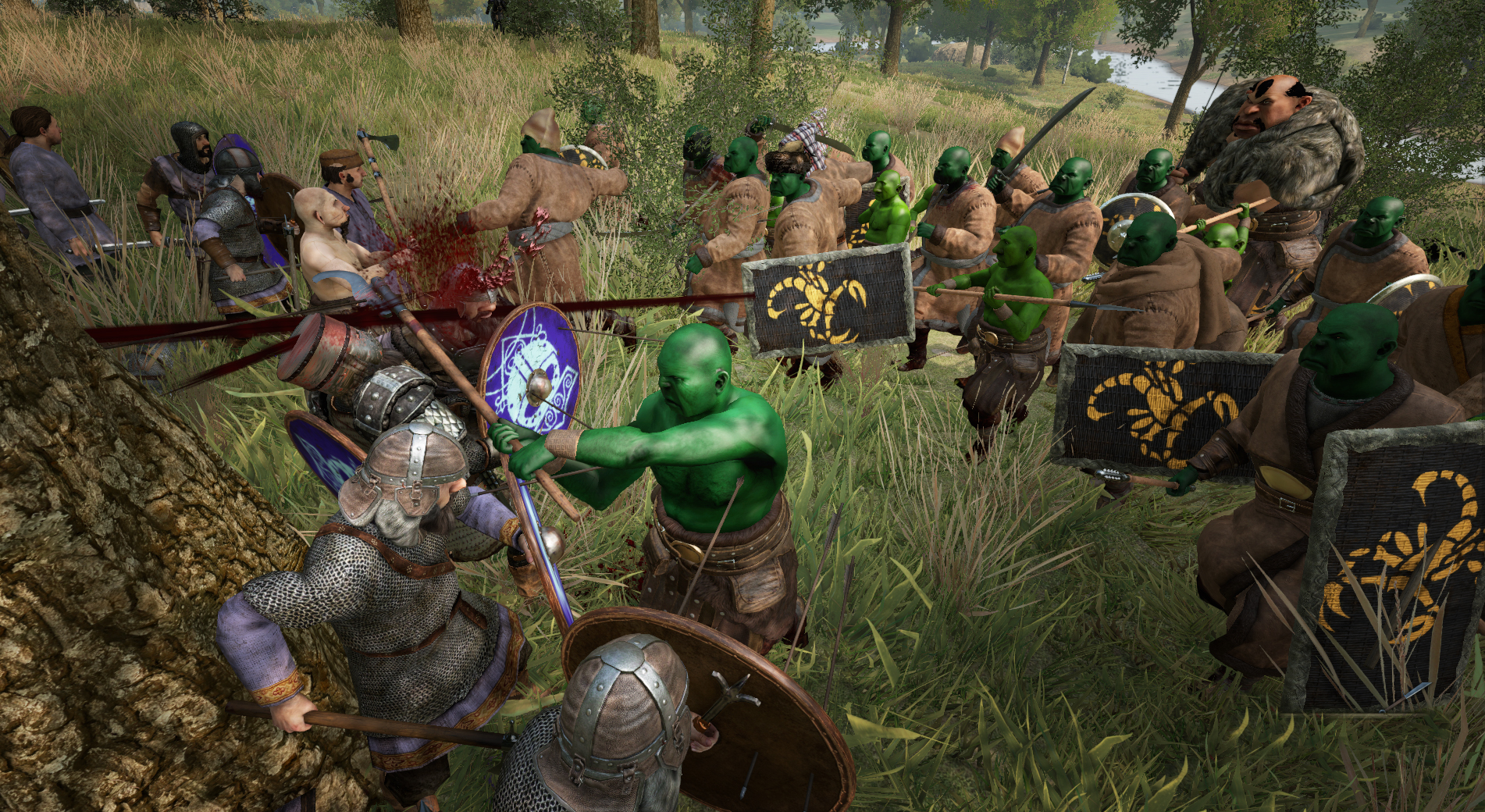 The map of the Old World with major settlements featured: 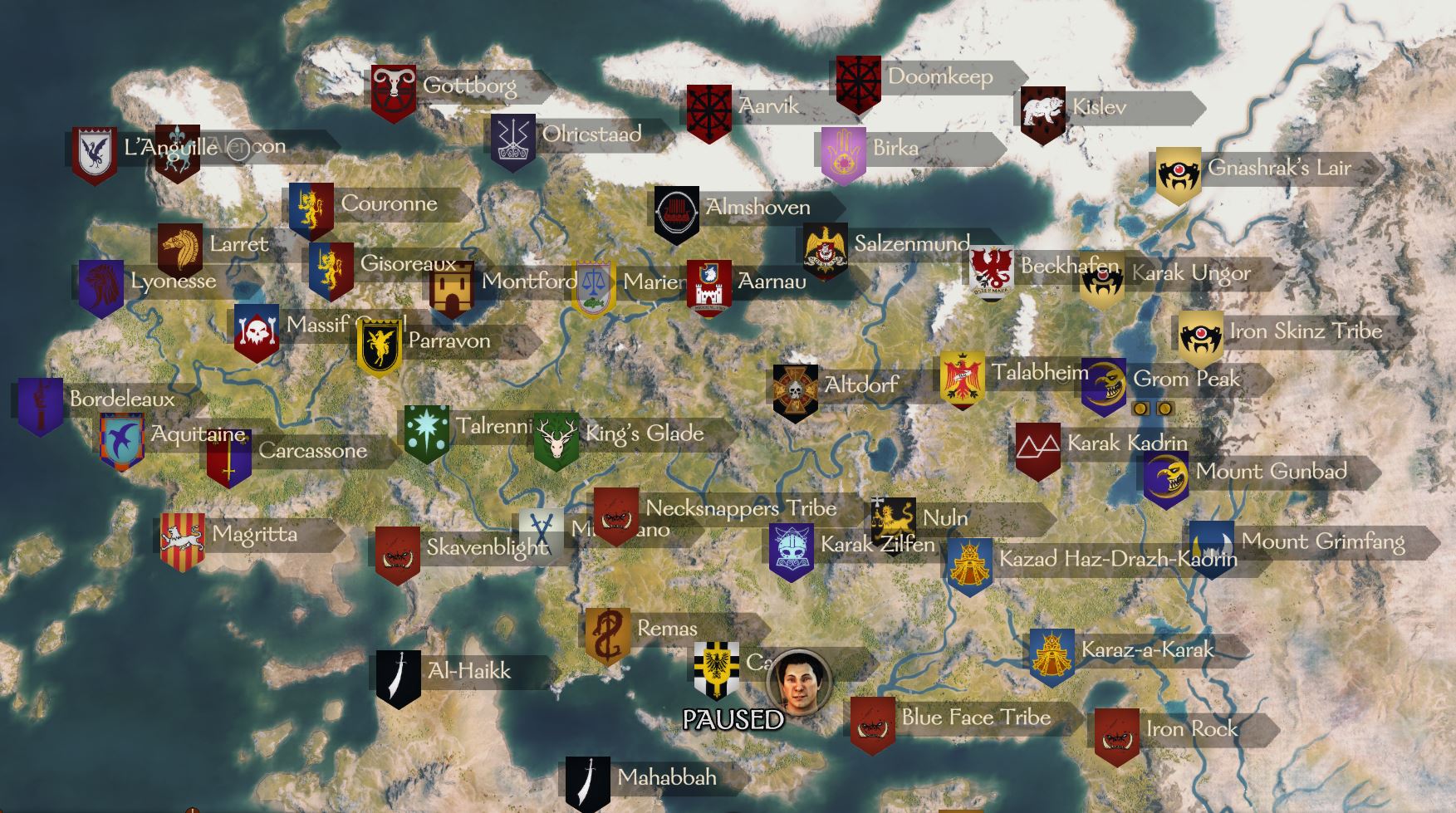 This mod is compatible with many mods, as long as those mods don't touch the original singleplayer kingdom, culture, lord and settlement files. Best to turn off existing mods and add each one progressively. As Hammerlord is a total conversion, it needs to be your starting mod. Highly recommended with Cultured Start. 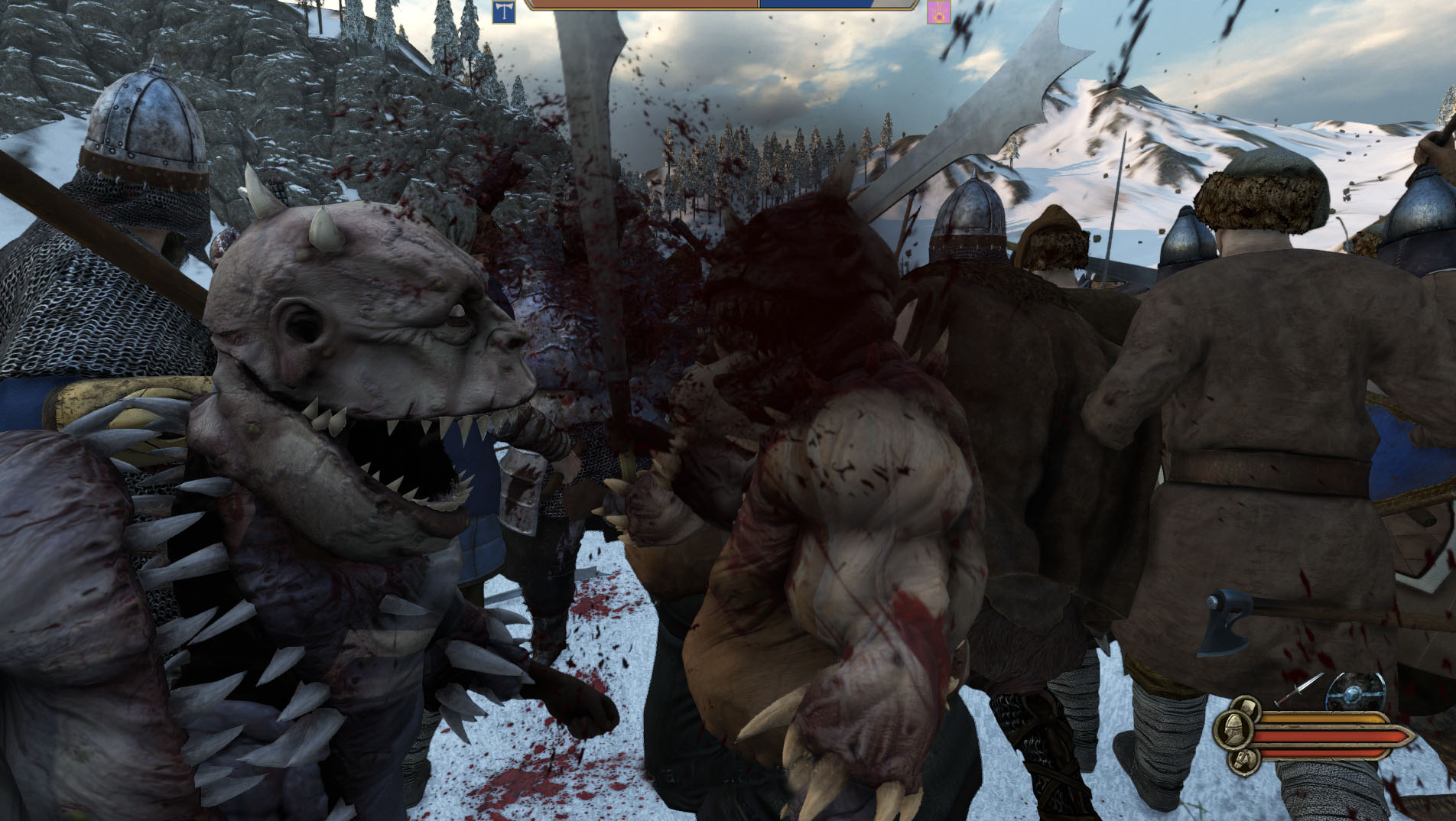 After downloading and extracting the rar file, you will find a Readme and two folders:

Do as the names of the folders instruct.

First, take the three folders within Folder A and place them in your Modules folder. That's where mod folders normally go.

Then, look inside 'B - Manually place these files'. This folder isn't to be loaded in your Modules loader. Instead, place the files inside this folder into their corresponding Bannerlord folders. Don't forget to first copy and save your original files!

Here's the file structure for my computer where I place the files:

Once those files are placed, ideally use Vortex to load the following module order to start the game:

Here's an image of what it should look like in Vortex without any other mods installed: 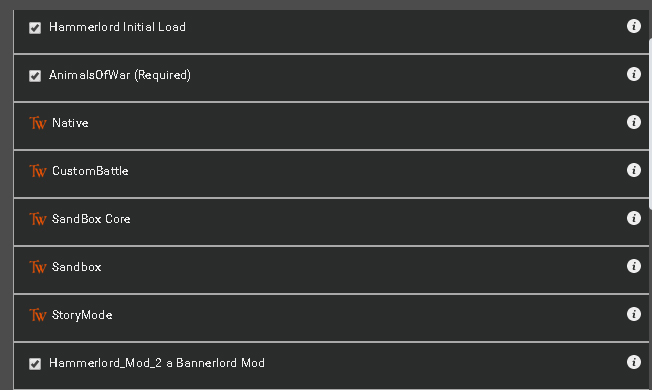 NOTE: Crashes may occur when participating in tournaments in Tilean, Dwarf, Skaven, Goblin or Kislev settlements.