Wow Update 2 already? In this update I'll be talking about some changes I've made/optimizations to the game. Enjoy!

Welcome to update 2! So I've done quite a few things with Halo Rise since update 1. I'm gonna sum up some screenshots,etc in to this update as well as the demo I just released.

SuperCharge(placeholder name unless I can't think of something better :P), so the goal of supercharge is to allow the player to pick up covenant weapons and use the weapons power. Instead of picking up weapons, you can use their power. This won't last too long but it'll charge up whatever gun you are using to fire much more powerful bullets at the enemy! This is my remedy for now to doing more weapons, as it would be A LOT of code to do for every. single. weapon.

Now currently the resolution is set to 1280x720 where as it was 1920x1080 last time. This is due to the radar not scaling properly with new resolutions. There should be a way to fix this but until it is fixed, the game is fixed to 720p.

Now as you saw in the screenshots and here now: 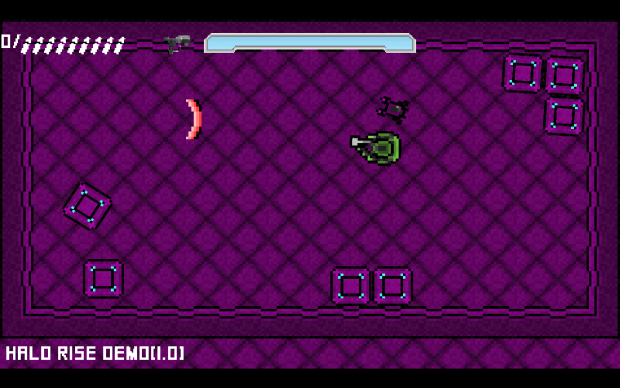 The game now has a covenant-themed map to play on. I haven't done much more than this at the moment, I also tried doing shields but I am facing some problems. The problems would be when the shield loses the energy to be a shield, it should turn off which the sprite does- however the object's physics don't. This means bullets/my player/etc are stopped by the shield. For now, I will need to do a shield that doesn't actually break. The shield just loops the sprites(blue,orange,red-waits-blue compared to blue,orange,red-no shield-blue)

So before you look a few pixels down, this menu is not the final product(however I do kinda like it). The menu was simply a placeholder for the demo this way players would not just spawn into the map. Any ideas for the menu are appreciated :) I also should mention in the future menu, I'd like to keep the concept art as the background from various Halo games(3,4,etc) 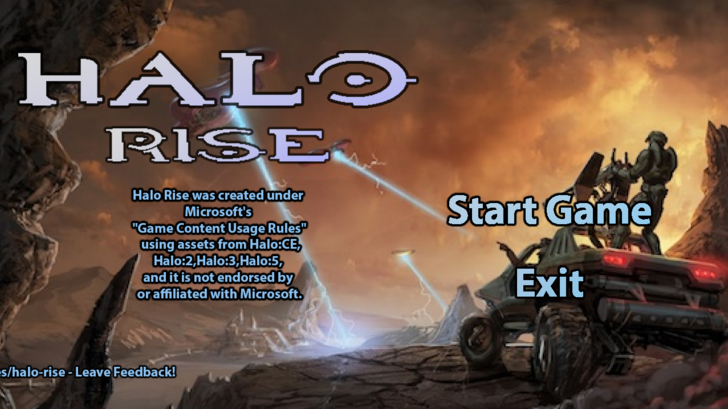 The text below is moving across the screen over and over by the way! And I do intend to keep the menu music the same(Edited it to have Fade in/Fade Outs and to start differently, it's all ready to go!)

I have begun adding ambient noise and music! The demo shows off the ambient noise for the pillar of autumn. Not sure what I'll do for the covenant just yet(Halo 2 should have some good ambient sounds).

So as you're about to see, I got really lazy with the code and relied on GM:S's D'N'D functions which was a huge mistake. I ended up spending a good hour redoing all the code and it looks a lot cleaner! 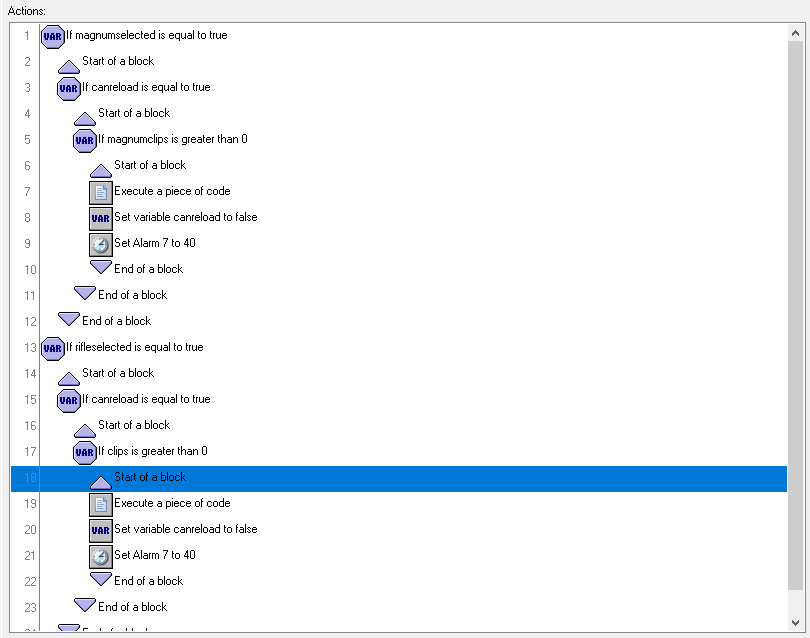 I know, it's horrifying

Point is, if you're using GM:S, don't get lazy like me and do that mess. It also lags GM:S as well to have so many functions. I also have organized less alarms, you got a lot- you're doing it wrong.