Hi, everyone, and happy new year’s! This year will be a big one for the mod – whilst we don’t want to give a specific date, we will be releasing the first playable chapter of RTBR sometime this year. Last year’s Mod of the Year awards ended really well for us – we were ineligible to win again outright due to our previous victory and so were only in the honourable mentions, but by sheer metrics we actually came 4th most popular out of all upcoming mods, not just out of the five that placed. This is an incredible achievement, and we’re especially thankful to all of you who voted for us. This update will be a smaller one, as with December’s, and we’ll then be returning to the usual quarterly update schedule. This update, our graphics designer Gameboy wanted to take a crack at voicing the update, so I’m going to hand off to him now. 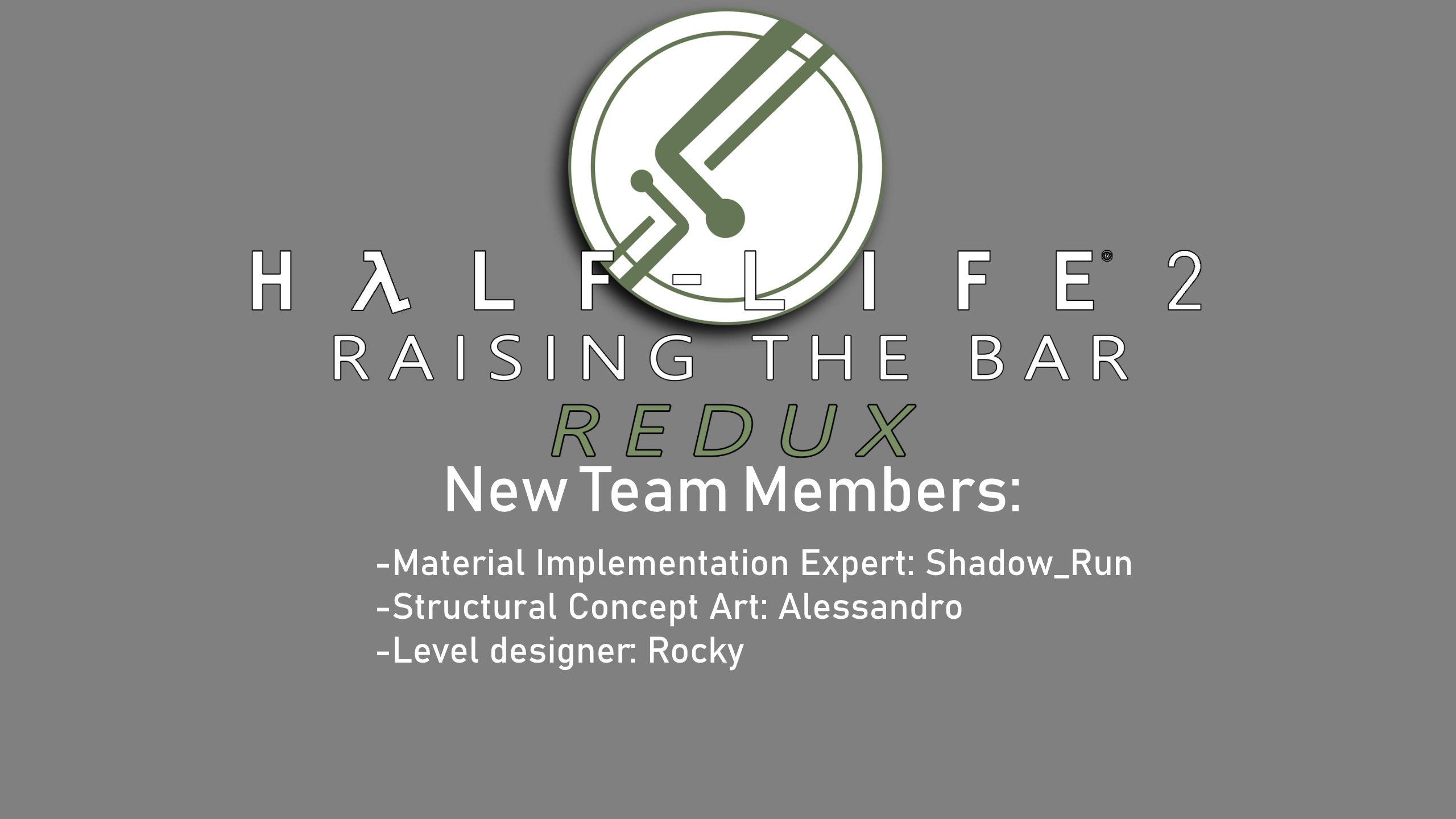 Gameboy: Hi again, everyone. Since the last update, RTBR has taken on a handful of new people – Shadow_Run, who is our new material implementation expert; and Alessandro, our new structural concept artist. Saatvik has also returned to the team after an extended absence, and is already back to work on some of our best content. You’ll be seeing the fruits of Shadow_Run’s labours later in this update! ADDENDUM: Rocky, a talented level designer with Map Labs wins under his belt, also joined the team, after the video was created but before this article was verified. We’re very excited to see how he pushes forwards on chapter two! 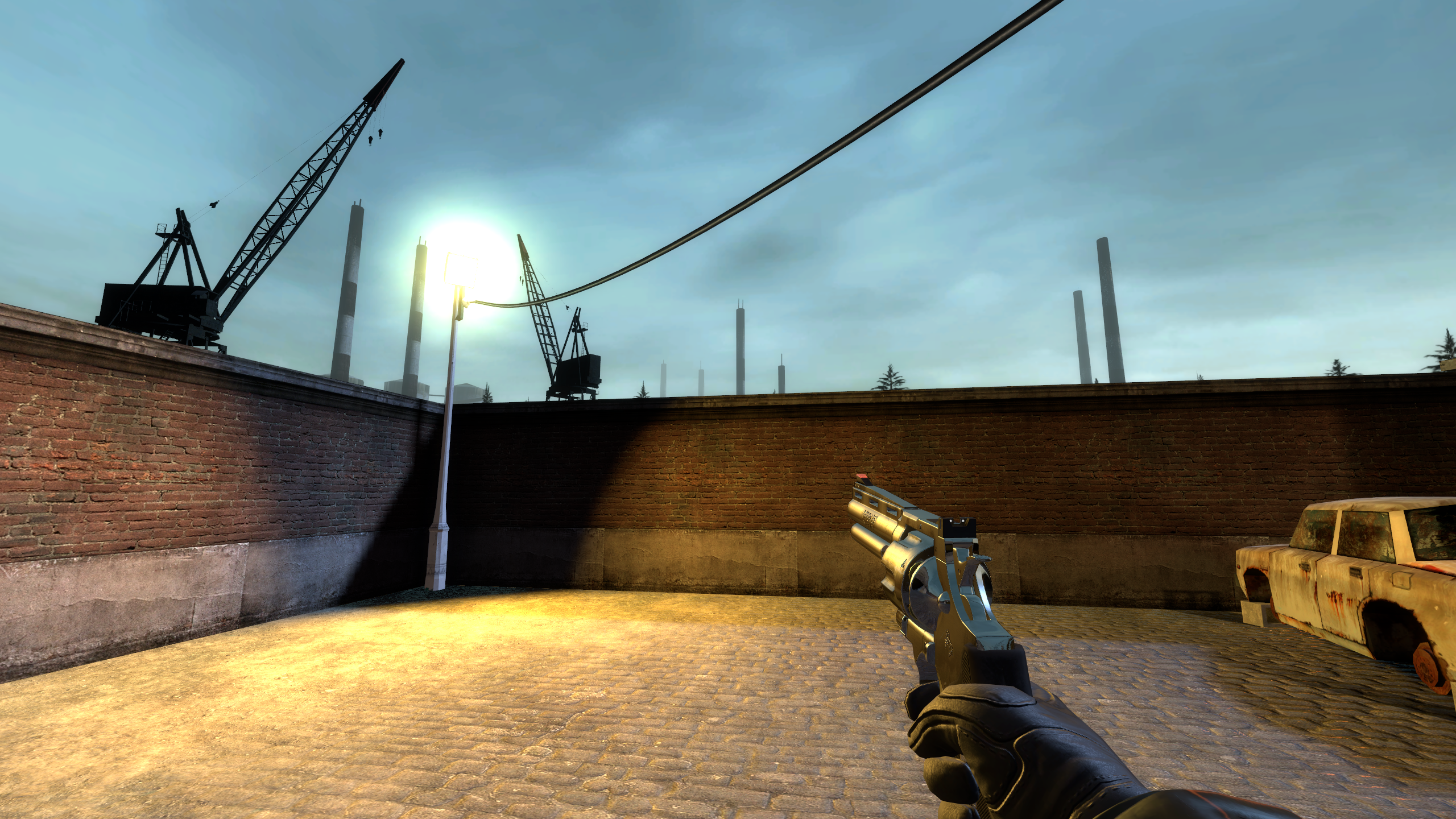 Gameboy: Shadow_Run has amazed us with a damned-good-looking material setup for the revolver. You might remember in the last update we were struggling to make it look how we wanted it to look. Within two weeks of joining the team, Shadow_Run had done it proper justice, and has already moved on to other models, giving them considerable facelifts. We’re extremely optimistic about models and how they translate in-game from renders thanks to his work so far, and we’re excited to see how he helps improve our visual style. 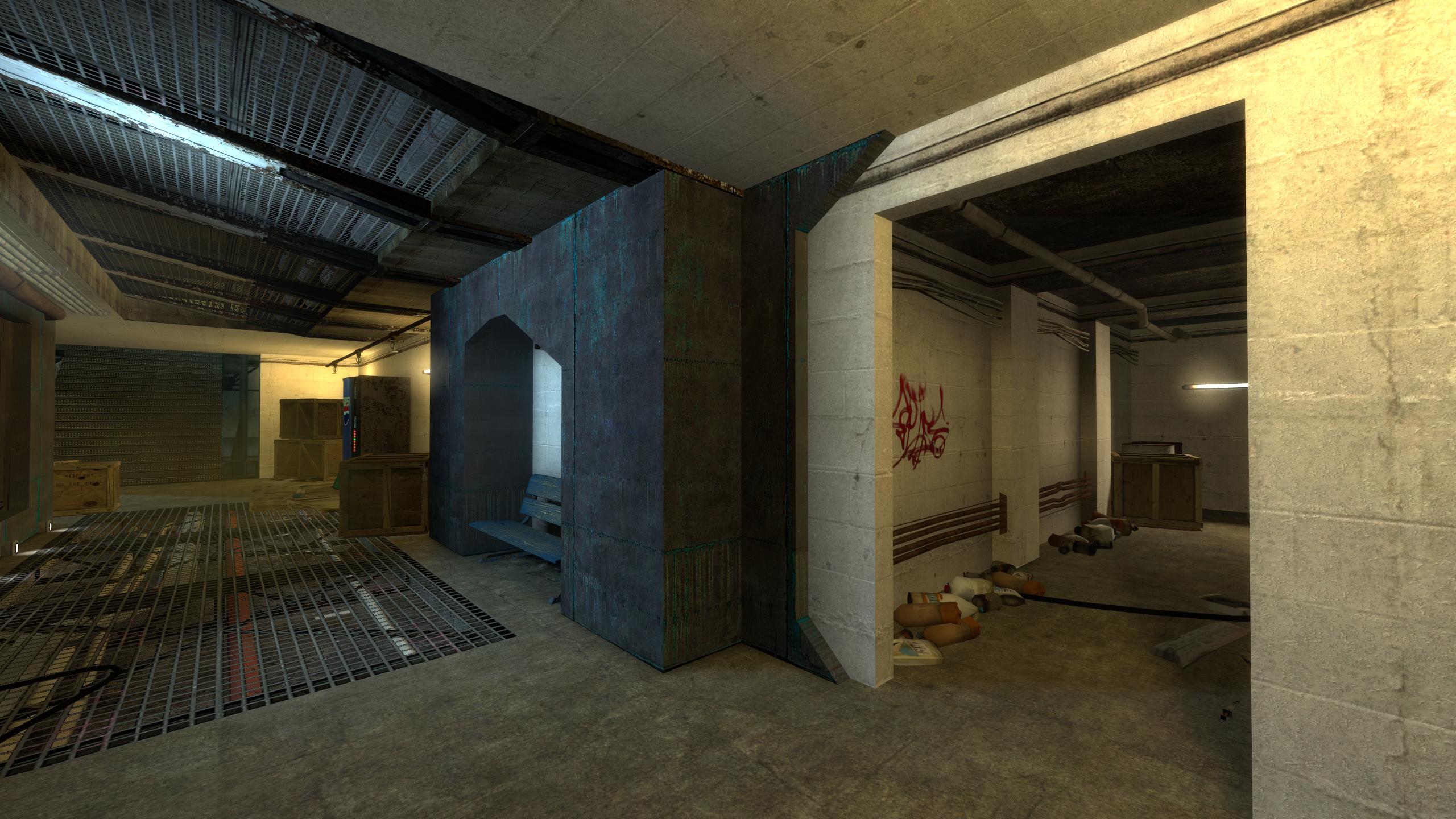 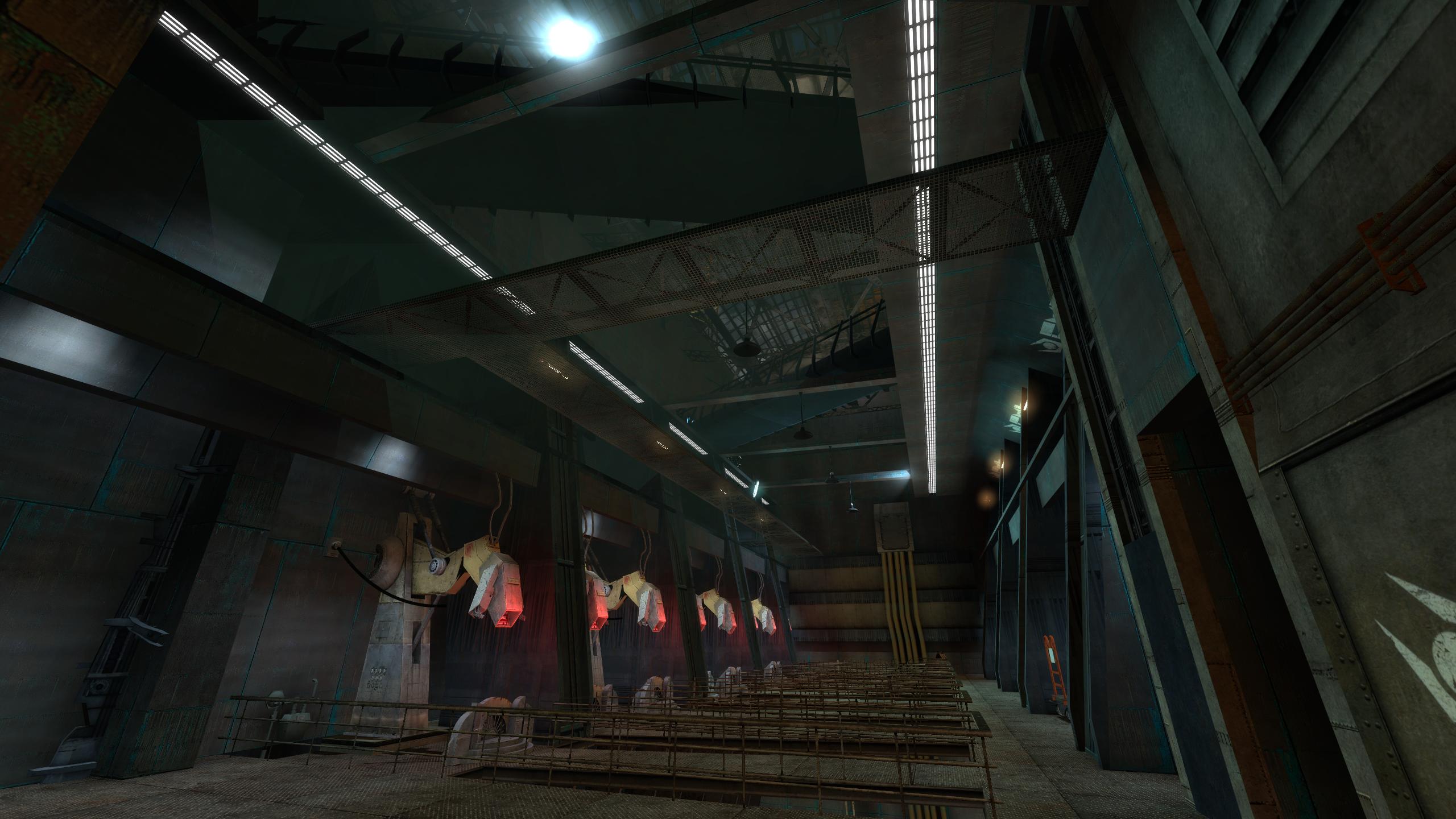 Gameboy: As we get ever closer to finishing up Chapter One, Ridonkulous has been going full-steam-ahead making the arcade an incredibly visually appealing part of the chapter. Well over half the map is now spruced up to a considerably better standard and Ridonkulous continues to prove his mapping capabilities. We’re all excited to see where it ends up once he’s been all the way through and, on the backend, he has made tremendous structural and optimisation improvements that will mean the map performs better than ever. 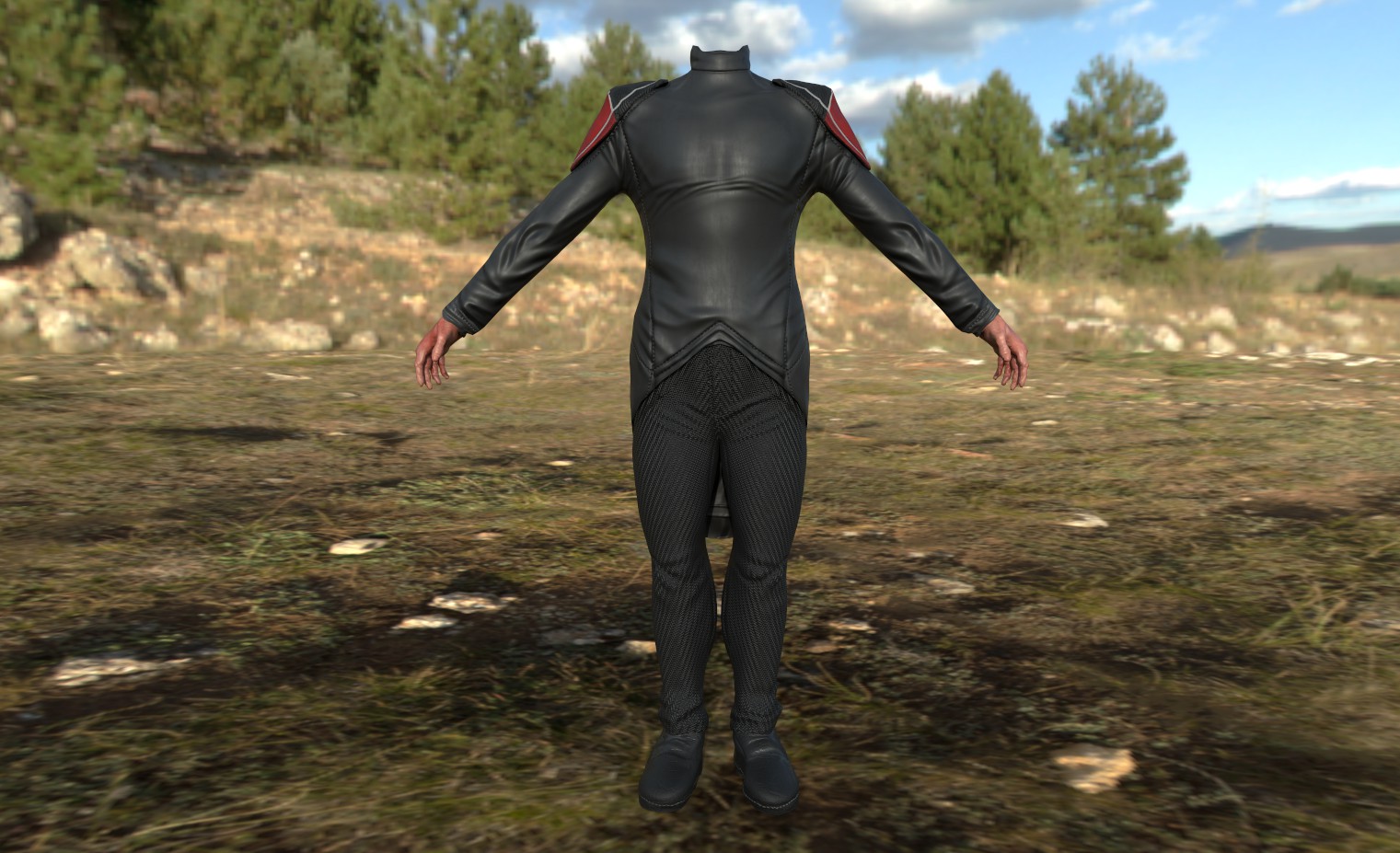 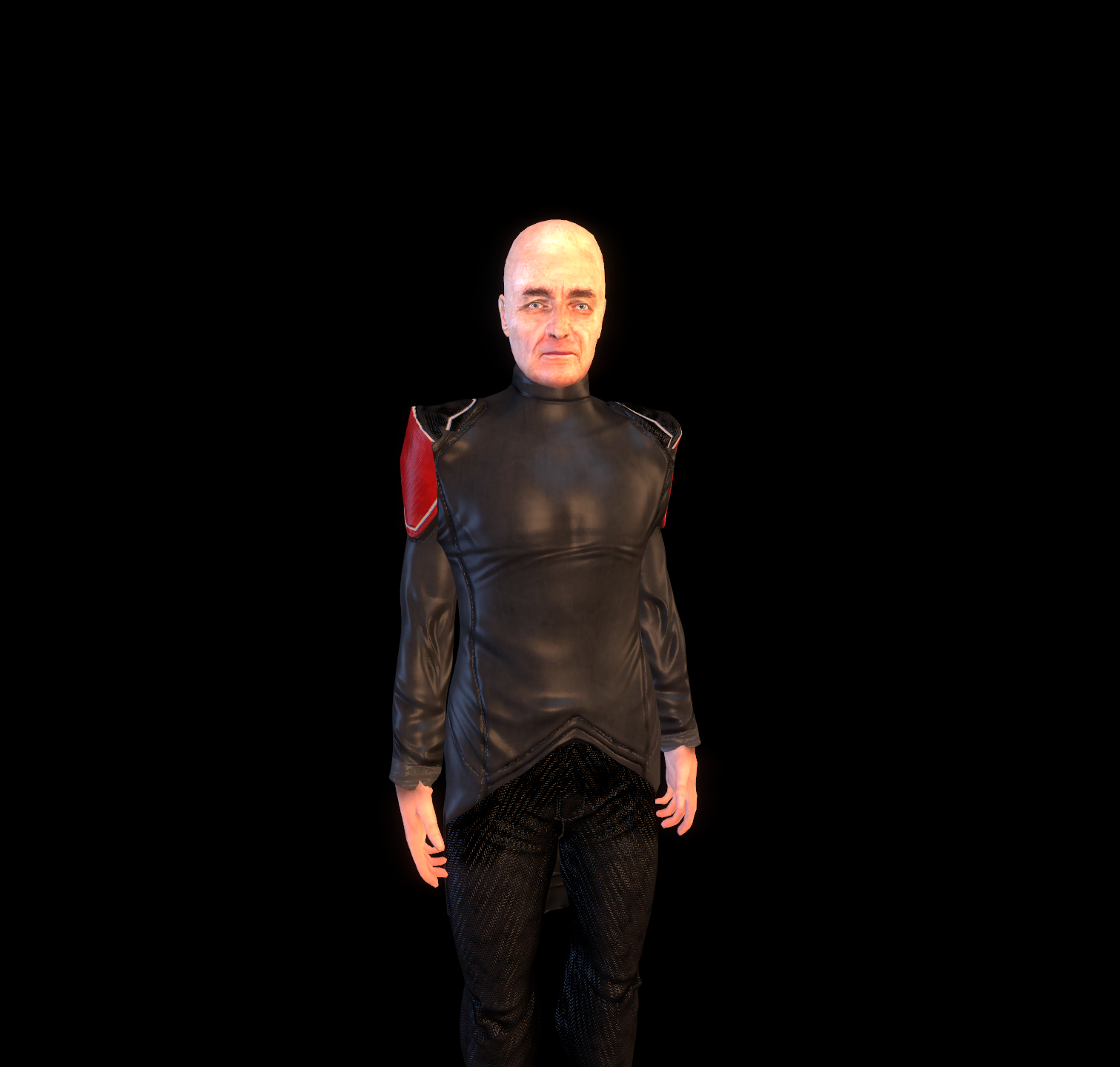 Gameboy: Mohamed, our new character modeller, delivered on his promise of bringing our concept art to life, and his excellent work ethic produced great results not long after he joined. Due to issues with adapting to source’s facial flex system, however, we were unable to get custom character heads working within the confines of the flex system. Thus, we have elected to create custom head-textures of the existing Half-Life 2 characters for those models Mohamed makes, drawing heavily upon concept art and the cut designs for them. So far, we think this approach has worked well, and we’ve explored this method for other characters already as a preliminary test, and the results have made us very optimistic of our ability to make this look good. 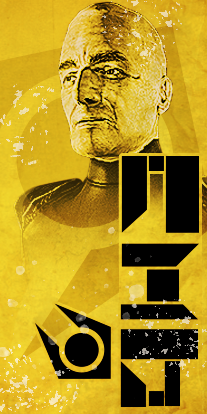 Gameboy: The following poster of the Consul was made by yours truly. I’ve been assigned to make any poster concepts that get thrown my way during the development of the mod. This poster is a rebranded version of the poster that can be seen throughout the Half-Life 2 base game. I have completely remade it in the way I believe the original Breen poster was created, giving it a slight sketch effect to give the impression it was drawn on. I hope you all enjoy what I have created, and I am always open to any criticisms. 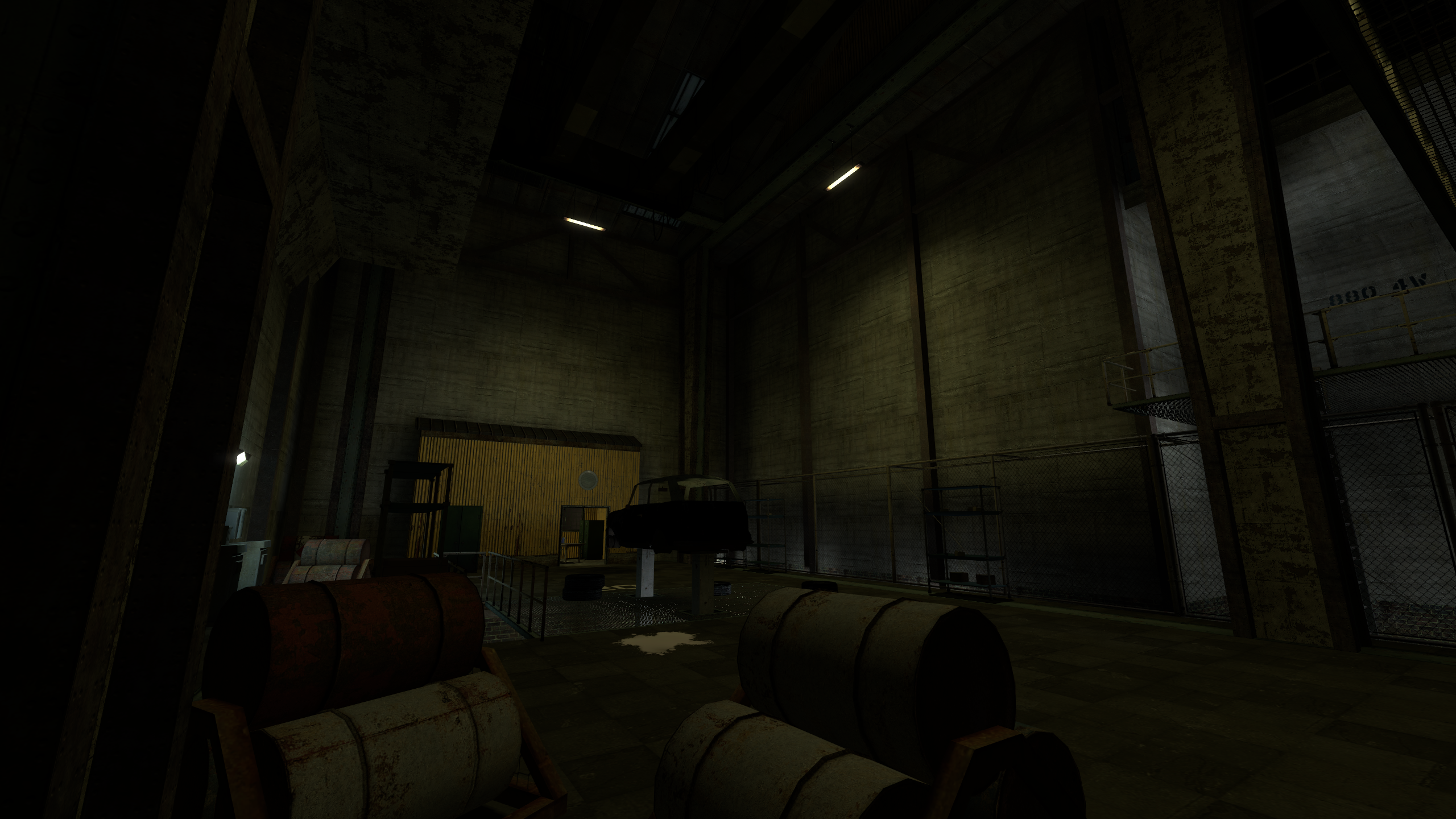 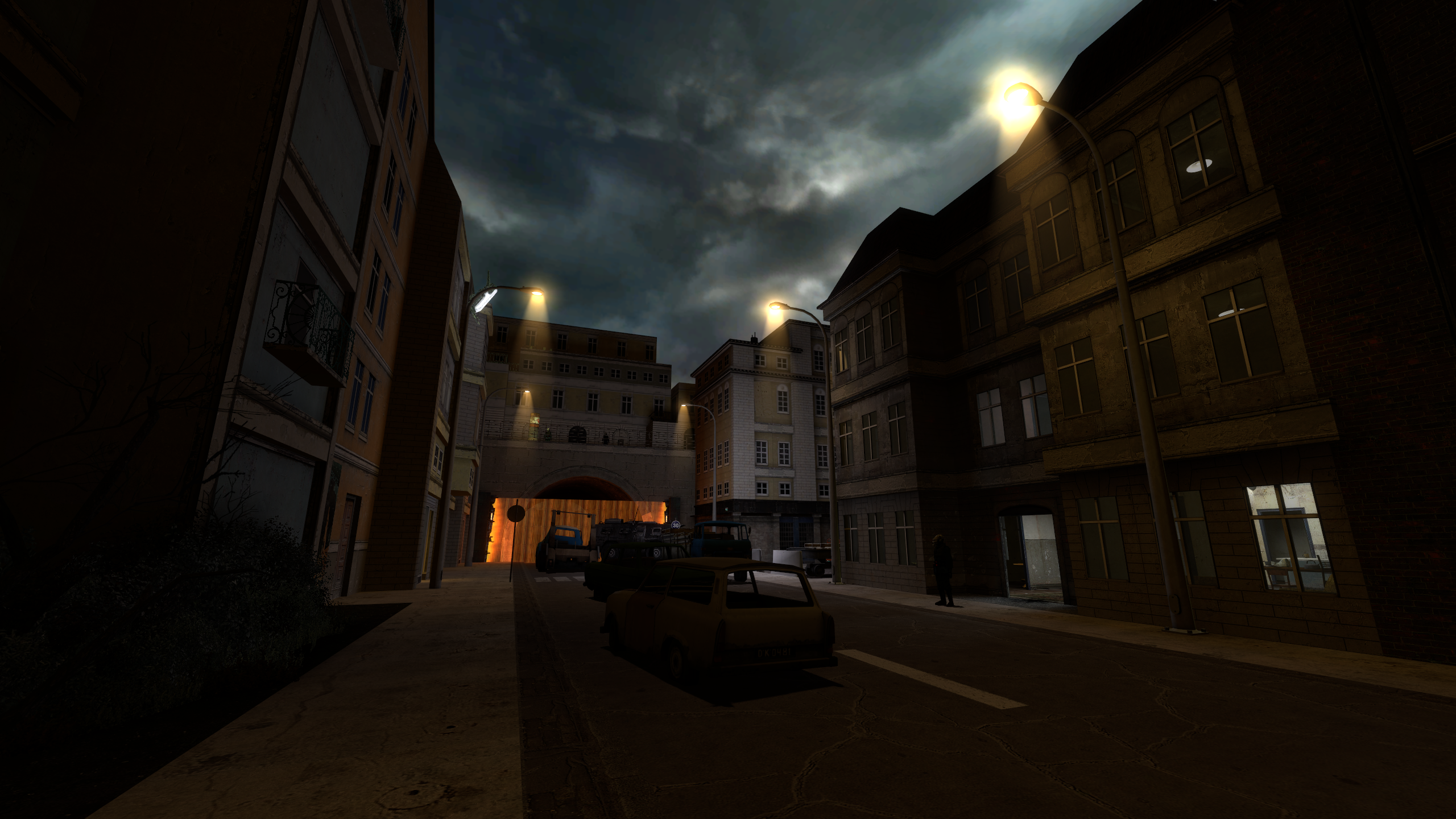 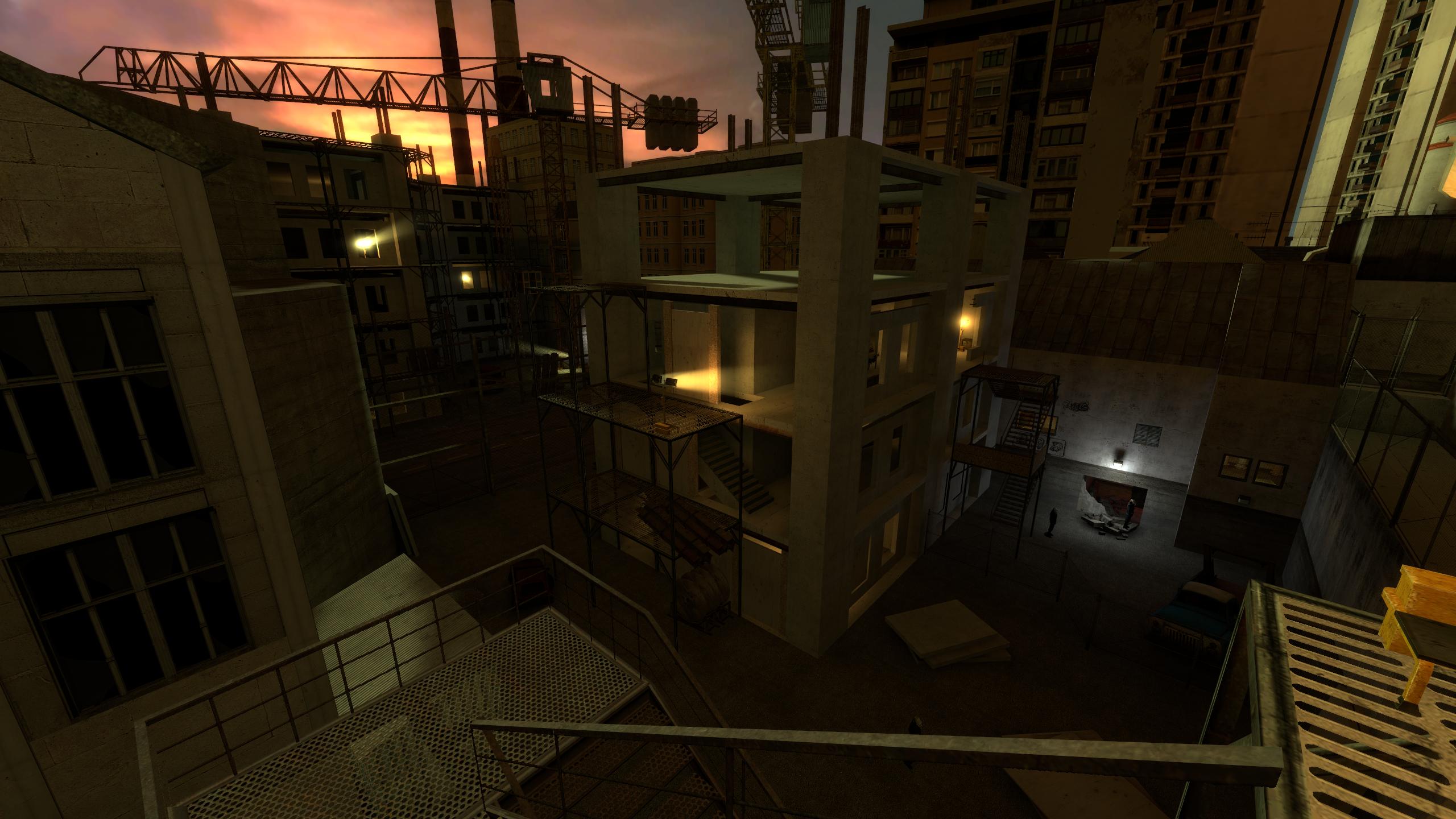 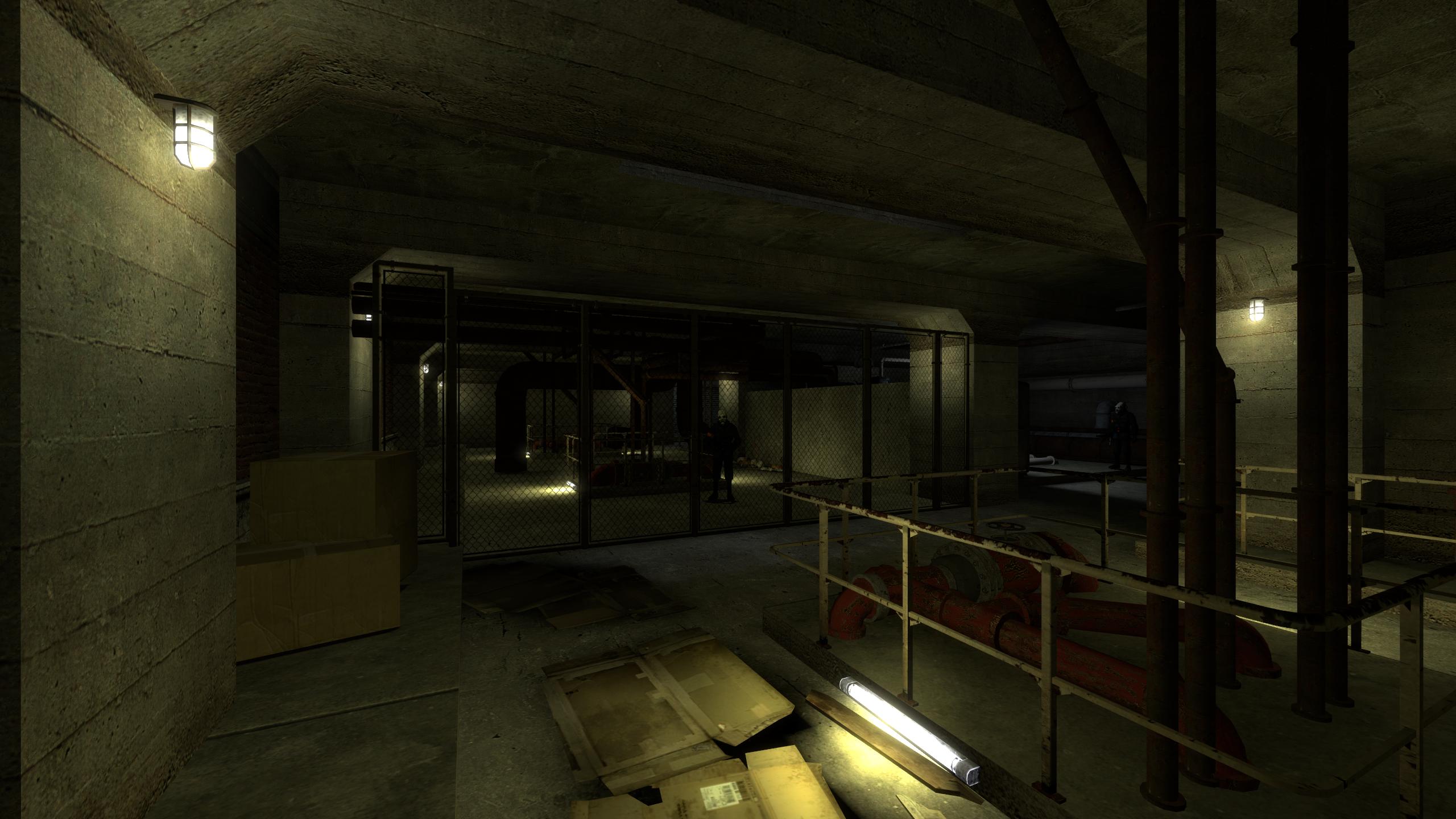 Gameboy: Reeze, having finished his work on Free TVs, set his sights on the construction site next, and provided some really excellent work to both parts of the level, bringing them up a notch in terms of visual fidelity. We’re now confident, thanks to his improvements, that the construction site is nailed down and ready to go. Reeze, not one to hang about, has already begun his next task – wrapping up the industrial sector. 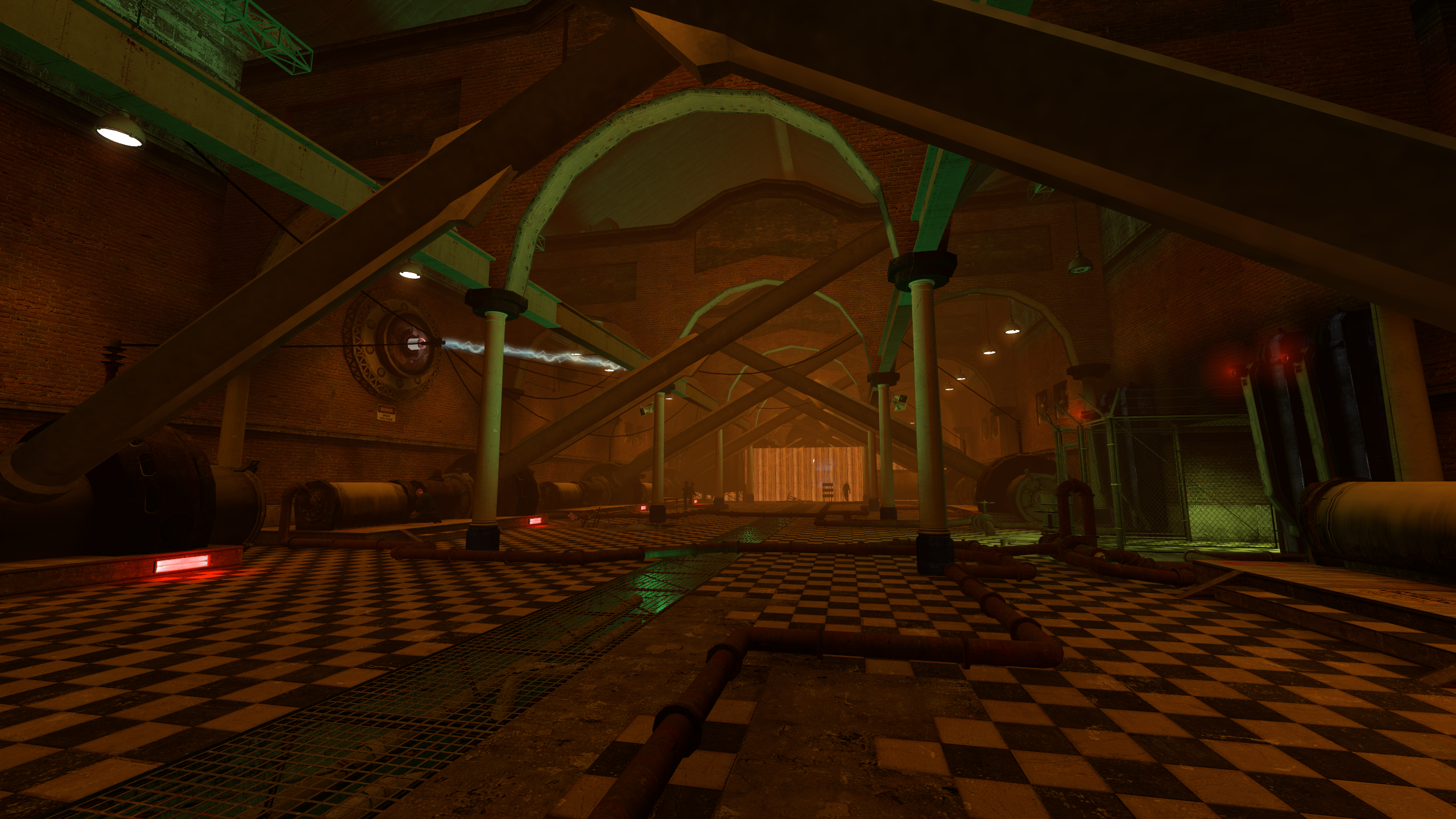 Gameboy: Industrial sector has been a big problem area in chapter one for months, stumping everyone who worked on it. The layout and progression has been a difficult setup to create, and the visual standard set by Cft in his first iterations of the map has been a difficult bar to meet. Reeze, however, feared no challenge, and in the space of a few weeks has managed to block out and begin detailing on all of the remaining holes in progression, with the factory in particular, as seen above, coming out really nicely. Reeze continues to excel in the harshest environments, and we can’t wait to see how he transforms the industrial sector into an interactive piece of cut-content history. 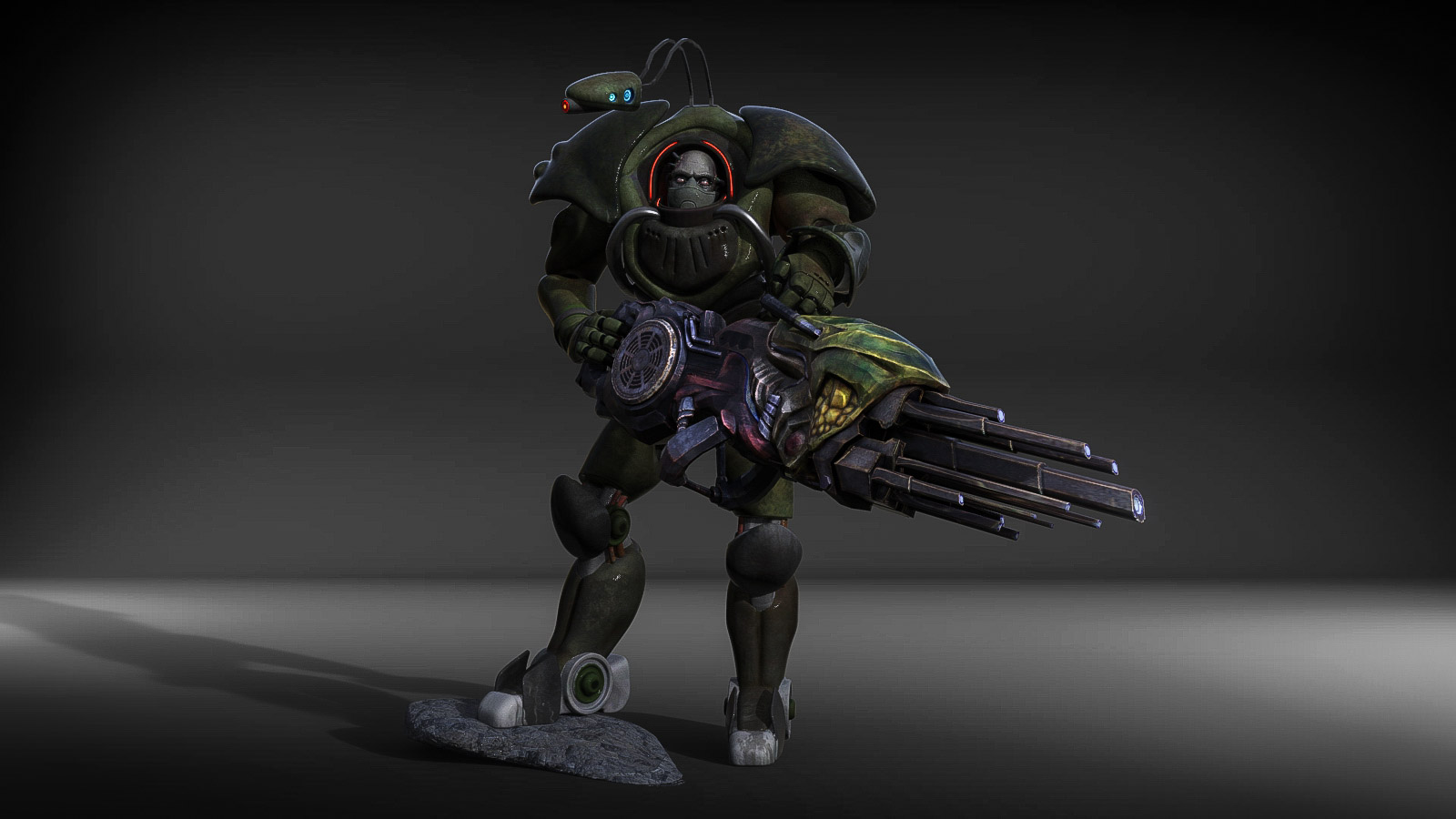 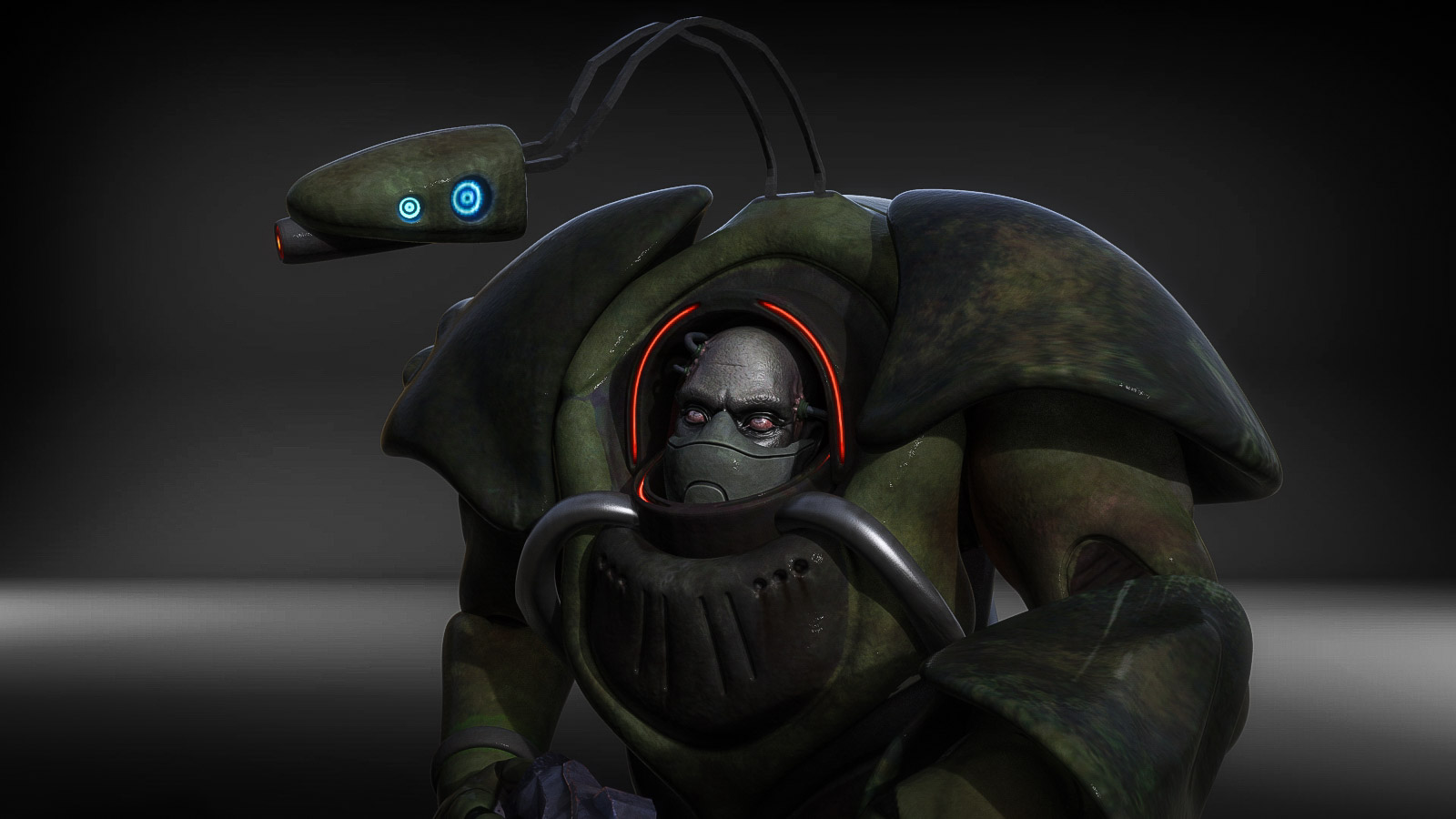 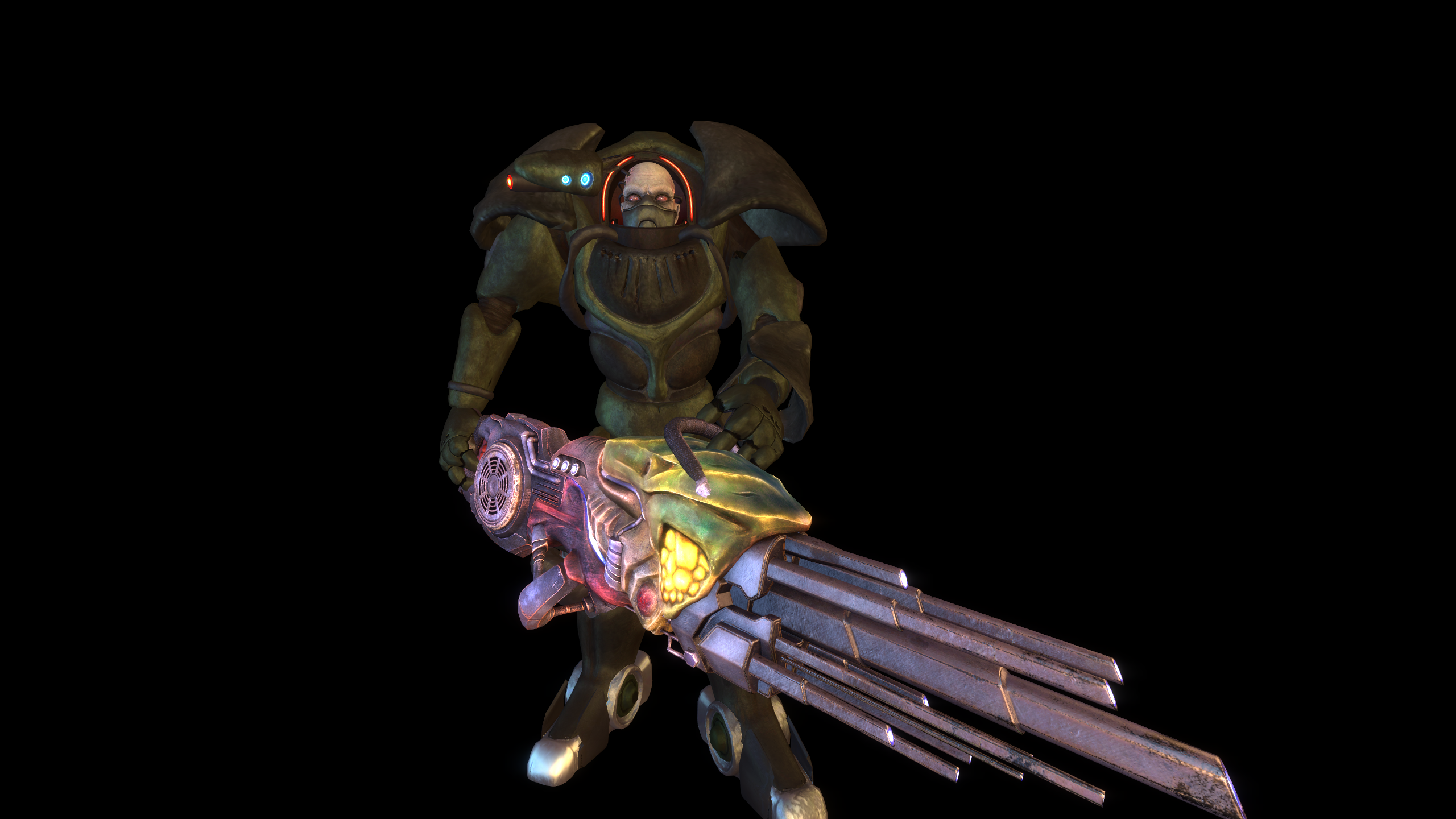 Gameboy: It wouldn’t be an RTBR update without a showing from one of our most prolific contributors – Andy’s Combine Guard model, teased last Christmas, brings what was a janky and messy concept to life better than any of us have ever seen. With a disturbing and horrifying take on the poor man interred within the suit, combined with an intimidating posture, we think Andy has done a stellar job bringing the Combine Guard into RTBR. As a side note, the in-game coding is thanks to Insolence, who made their Combine Guard code public, and whilst we’ll be making modifications to the AI down the line, initial implementation wouldn’t be possible without their resource. Thank you!

Thanks, everyone, for visiting us in the New Year. We’re once again incredibly thankful to all of you for your support of RTBR up to this point, and we’re confident this year will be the year we give back to those of you who have stuck by us all this time.

Before ending, we’d like to announce a role we’re looking for on the team at this moment:

Thanks for your attention. Stay tuned in on the ModDB, Discord, and Twitter to see how we continue to move along into this new year.

YES.
ALL OF MY YES!
Kralich/Gonzo
Just as I told you.2020 is your year my dudes.

you never cease to amaze! love that revolver! I can already hear the rattling of the cylinder spinning!

So nice ! glad to see thaht the MOD is not dead !

Great update, folks, I love that revolver and the map upgrades.

damn this looks good, keep up the good work mates.

Out of all such hardships on your initial stage of restarting this project, you have persevered at a point you've risen above the original RTB mod. Congrats Kralich and the rest of the RTBR team, and I cant wait for the next update video.
Happywheels2.io