Production has started to ramp back up here after the lull over Christmas. No sooner than we brought both Rick_D and Jenn0_Bing on we were struck with the dreaded curse of abandonment. Luckily it wasn’t their fault and before Rick got picked up by Crytek he managed to unwrap the MP40 properly. Jenn0 also managed to squeeze in work between his exams and so has finished the MG34 and the Shovel and has set his sights on reworking the Bren Mk2.

We’ve also got extra help from Deceiver in skinning the freshly unwrapped weapons and he cranked out the Enfield No4 and MP40 over the last two weekends. 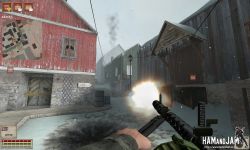 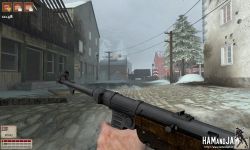 All that’s left in the weapon skinning frenzy are the Bren’s and some minor tweaks to the K98. We’ll show them when they’re done. 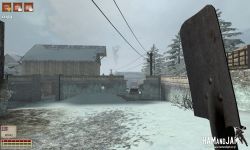 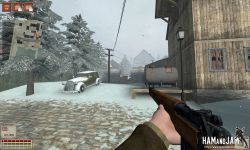 Jed has also managed to get the kit loadouts done for the Wehrmacht infantry and so they are also finished now. Unfortunately due to time constraints we’ve had to ditch the support guys smock but expect it to turn up sooner or later. Spine soon finished up the textures for them as well. 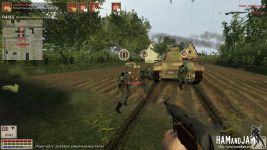 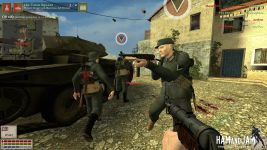 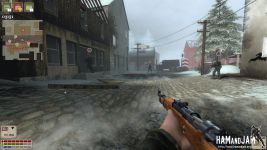 We also have brought on a bunch more testers to help smooth out the levels and test for large scale gameplay. Luckily through meticulous planning the levels all play well with any number of people between 4v4 and 12v12. Whilst a lot of the levels will easily swallow up 32 players (Gold could probably take double that), some like Archery won’t manage as well, so on release day there will be plenty of choice in terms of map size/player count.

To finish off this update I’ve put together a little video with some footage from Radar. It mainly shows the SMG’s in action and you’ll be able to see how well they work at close range (like they should) and how range affects their damage. More videos will showcase other weapons to reflect their roles, just because there are 2 LMG’s doesn’t mean they are clones! Defending as Germans requires different tactics to defending as the Commonwealth due to the variance in weapons.

Hope this will have a nice community when it's out, looks like a fun mod.

No, just no. Since when has been a specific video game been synonymous with a specific war?

even if it was like DOD source, it be free. so you fail either way.

that running weapon bob animation is too slow and unrealistic, and the weapon should have more bobbing when shooting. and dont try to make a 32player based big map if u dont solve the ****** up source net code.

I wont forgive you if you abandon this. :(

Excellent work.. the Germans will look great once they have their normal maps done... also love the plastic walnut look on the MP40, as I have never seen anyone actually add it to the weapon, even though it is accurate for the period. Looking forward to the release...

I can't wait for a beta release... hopefully this can replace my old DOD love.

I can see this being one of the few war games I actually enjoy, looks as fun as BF1942!

Awesome work and it looks like it is coming along very well.

Gameplay reminds me of Insurgency and that means it's gonna be AWESOME!!

And the fact that you can be a Polish soldier makes it even more awesome.

You should replace the pain sounds with your own. HL2 ones are boring...