It's been a while since my last post, so I have a ton of awesome stuff to show!

Once again, quite a few weeks have passed since my last update article here. That however means, that you get to enjoy a whole bunch of new content in the game! The progress has been really good and launch will probably happen quite soon.

All the levels in the game are done. The winter area got a whole new mechanic which I personally love: propellers. They offer a nice and fast way of vertical transportation that the player can control and also can't control. I also really like the way the propellers look, and I think they make the winter environment nice and unique, more separate from the earlier areas.

The winter area also has a little different boss fight: instead of the usual helicopter, there's a large elevator shaft with various obstacles in the way. 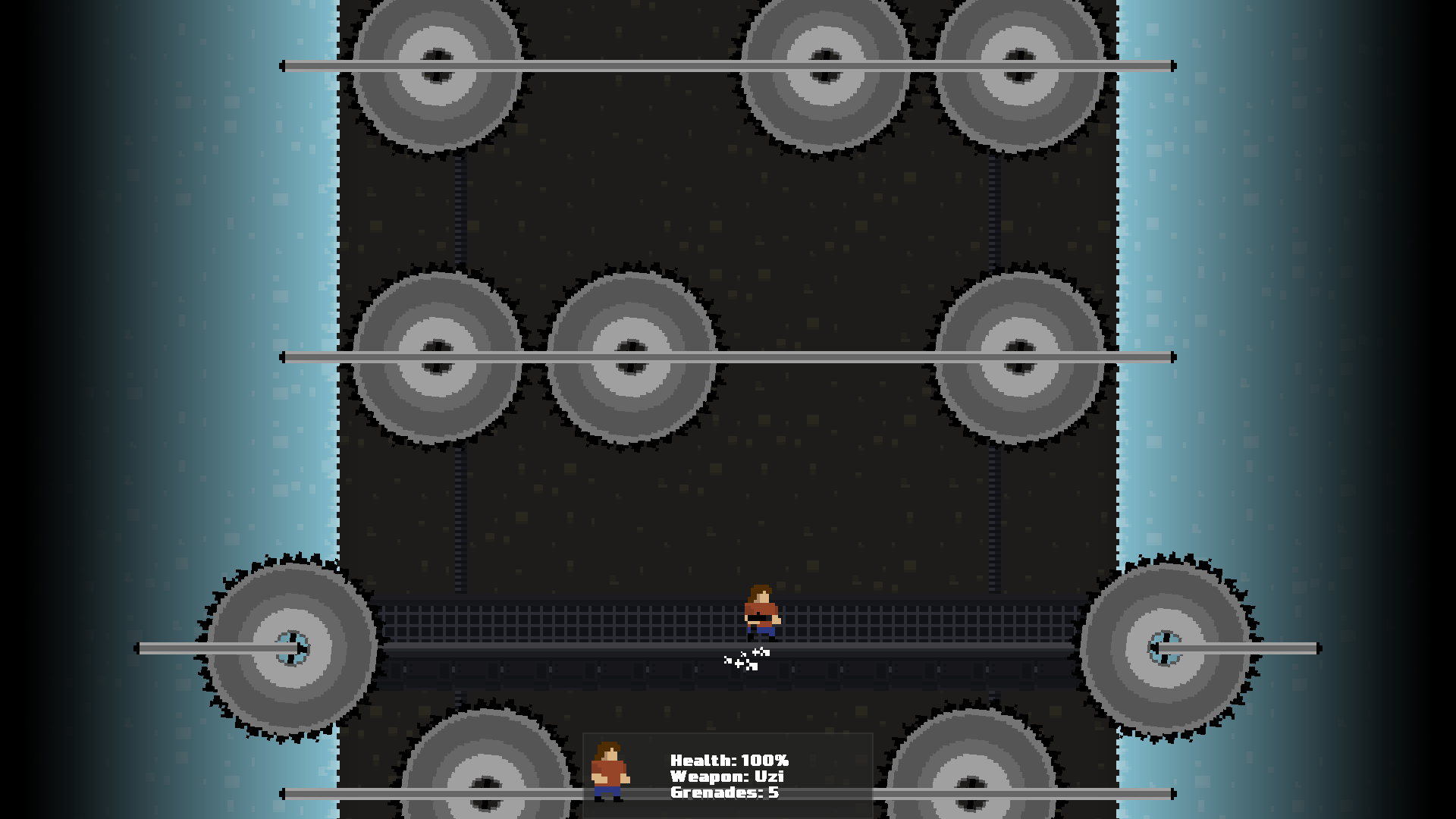 After finishing the winter area, I began working on the desert area. On the previous article I showed the overall desert look, the lava and the platforms. Those are definitely the major features of the area, but I also added some interesting and challenging obstacles! First of all, there are crusher blocks: their only purpose is to crush the poor player that doesn't realize to move out of the way.

While those crusher blocks can already prove to be quite challenging, I obviously had to add more stuff to make enough interesting levels. Enter: spike balls.

I also found out a quite cool pattern that can be created by dropping a few of the spinners side by side with a small offset between their initial angles.

Finally, the last few desert levels feature toggling platforms. I think they nicely complement the platforming-focus of the desert area. Disappearing platforms over lava sure do add some nice tension.

Here's also a sneak peek of the desert area boss fight. It involves some pattern remembering while carefully timing some jumps. 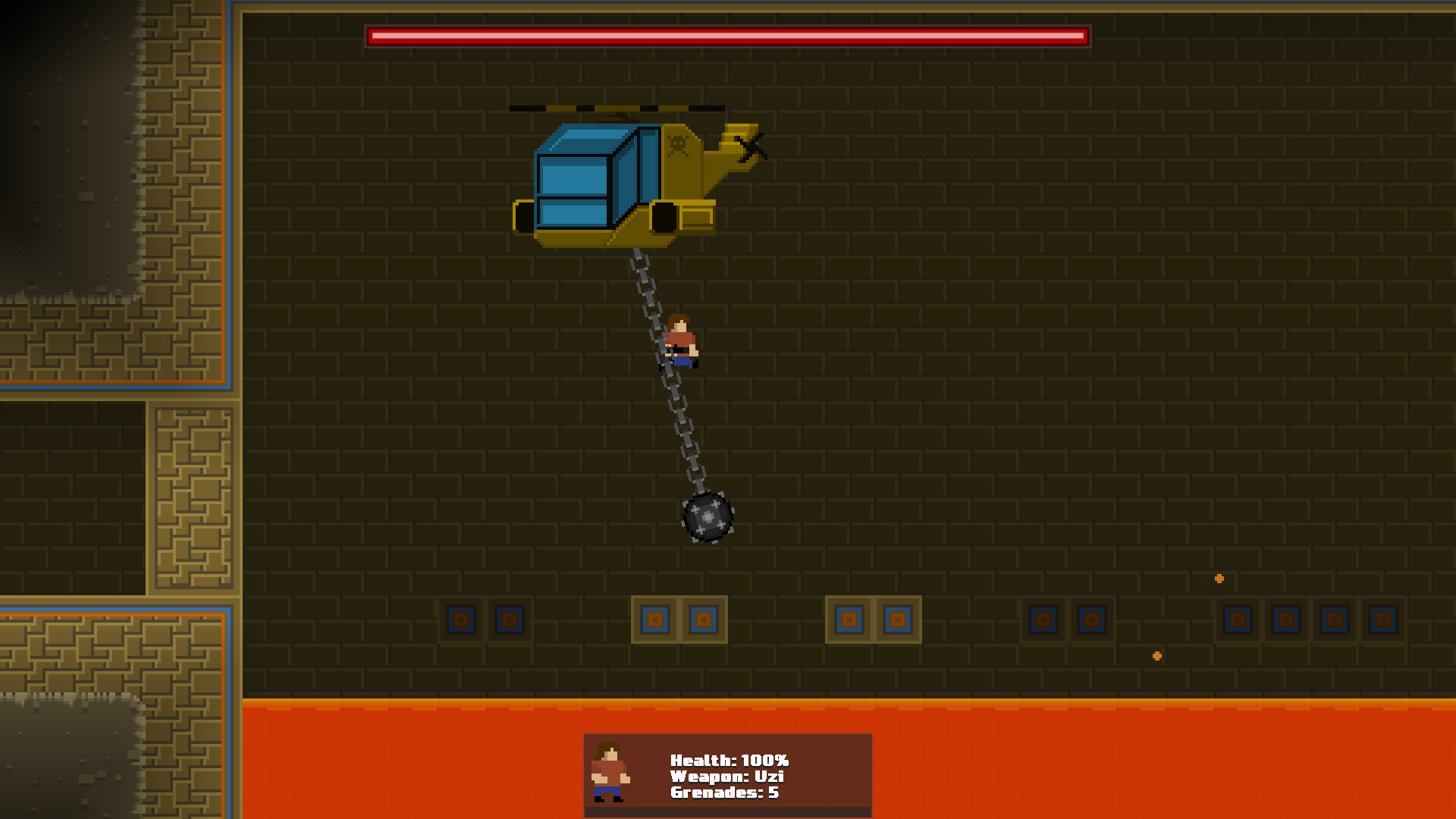 So, now that's prison, jungle, winter forest and desert finished, let's move onto the final, shorter area of the game. Electricity beams and turrets are the main obstacles of the area. Blades also make a return, but in smaller size. 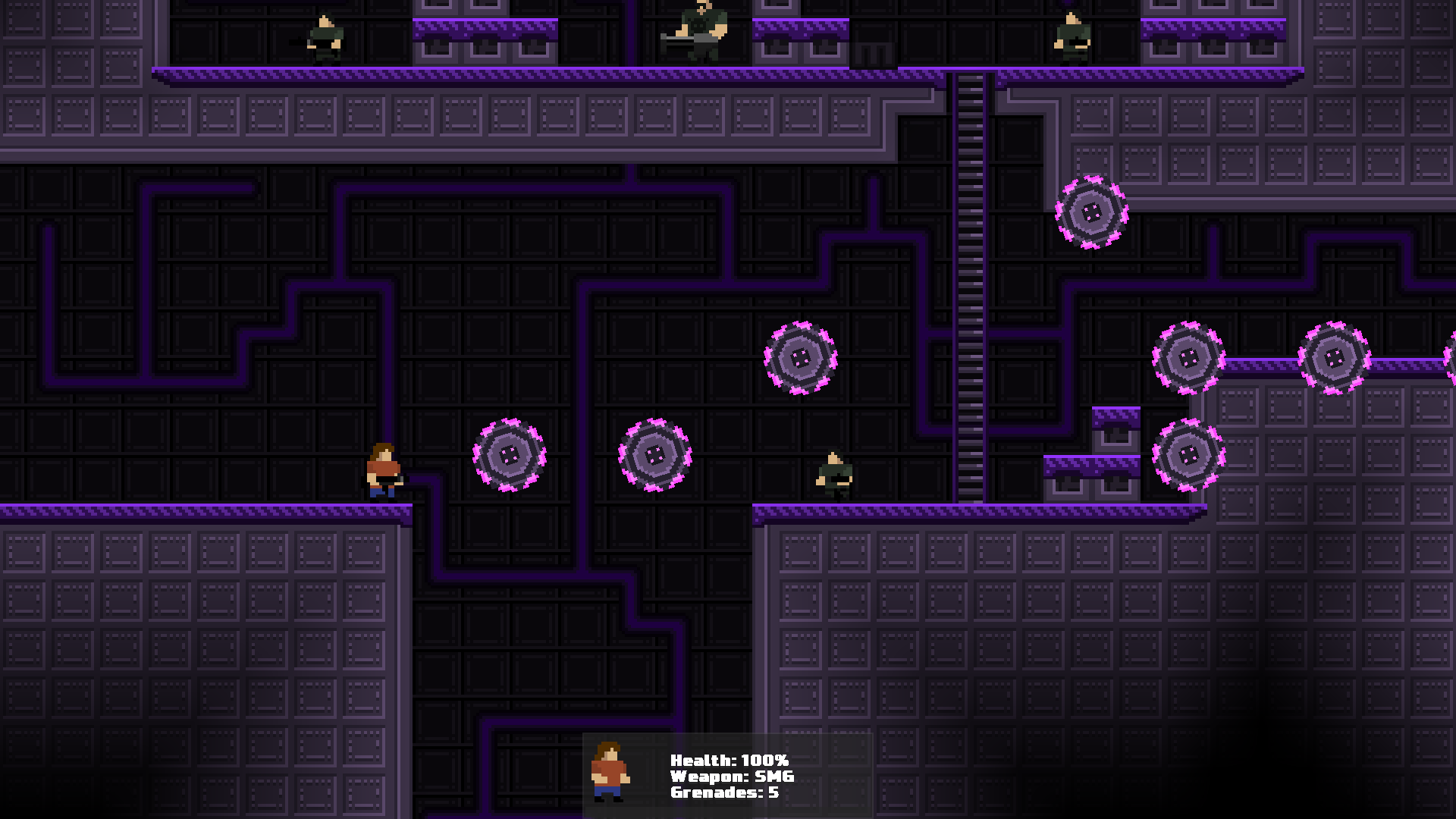 The game's old powerup system gave the player exploding bullets and provided invincibility for a moment. The damaging bullets however proved out to be more of a nuisance than a help. You often times ended up blowing a poor hostage up. The powerup was also activated when the powerup meter filled up, which left you, the player, with zero control over it.

The new powerup is a shield, that you can activate whenever you want. It consumes your powerup points, and it blocks all incoming damage while healing you.

I reworked the world map. The old one was super slow the travel and provided little to no information about your progress. The new world map both looks a lot better and is much nicer to use. Here's a quick video of me showcasing the world map area.

I've also done a lot of work on the game's cutscenes. The store now actually makes a little sense. It's not the main focus of the game at all, but it does nicely bring the game together. Here's Count Darkcape showing off his awesome plasma gun.

I've also recreated the tutorial level. Instead of being a separate level played at the start of a campaign, it's now the first level in the prison environment, which makes a lot more sense story-wise. 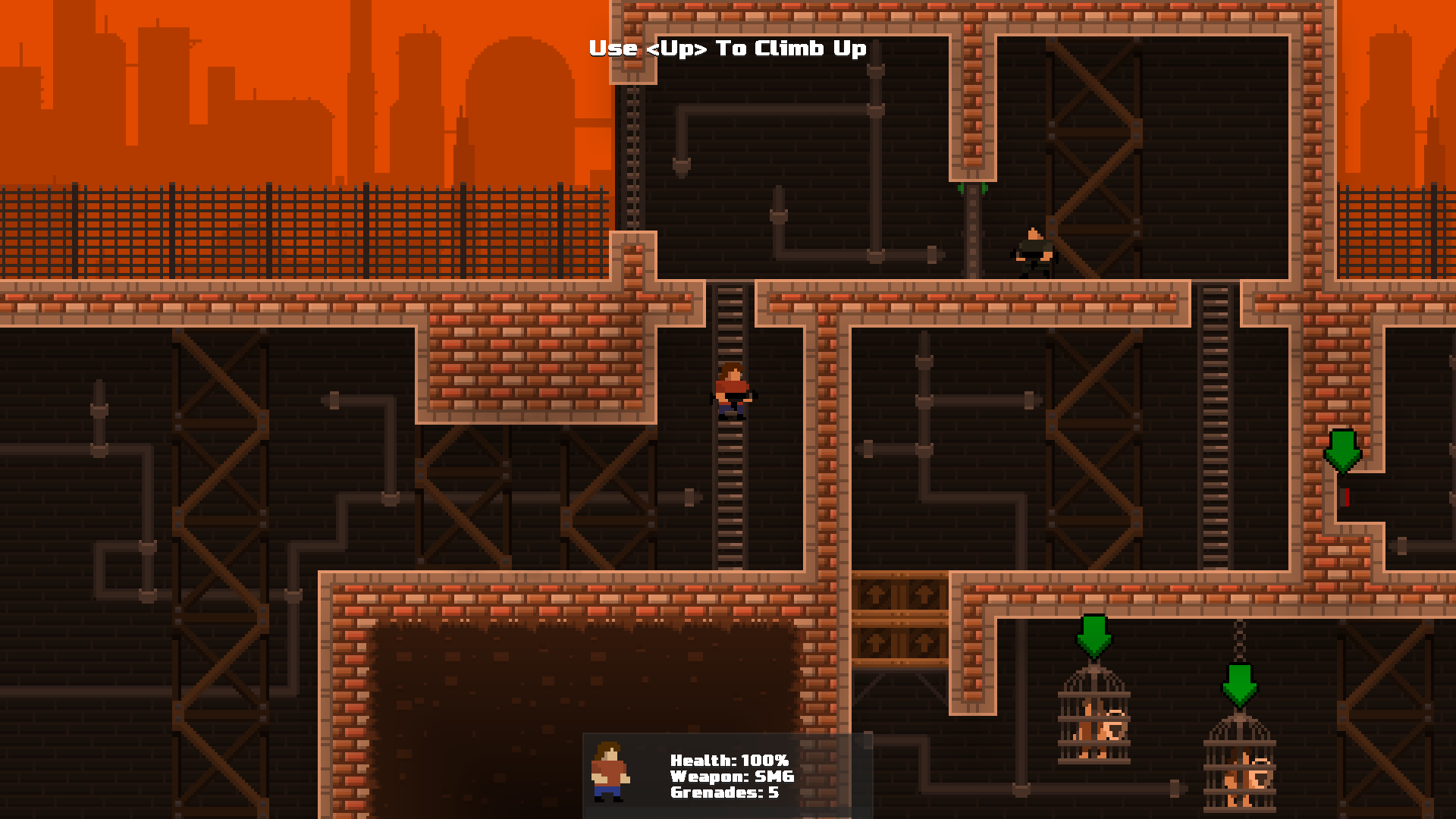 Finally, I've done a lot of work for the game's Steam store page. This included making a bunch of capsule images in various sizes and creating a trailer for the game! I'm very happy with how all of those turned out.

That's all I wanted to share this time! Launch is definitely getting close, a lot of playtesting probably needs to happen before that but as I said way up there, the progress has been very good. Thanks a lot for reading through!