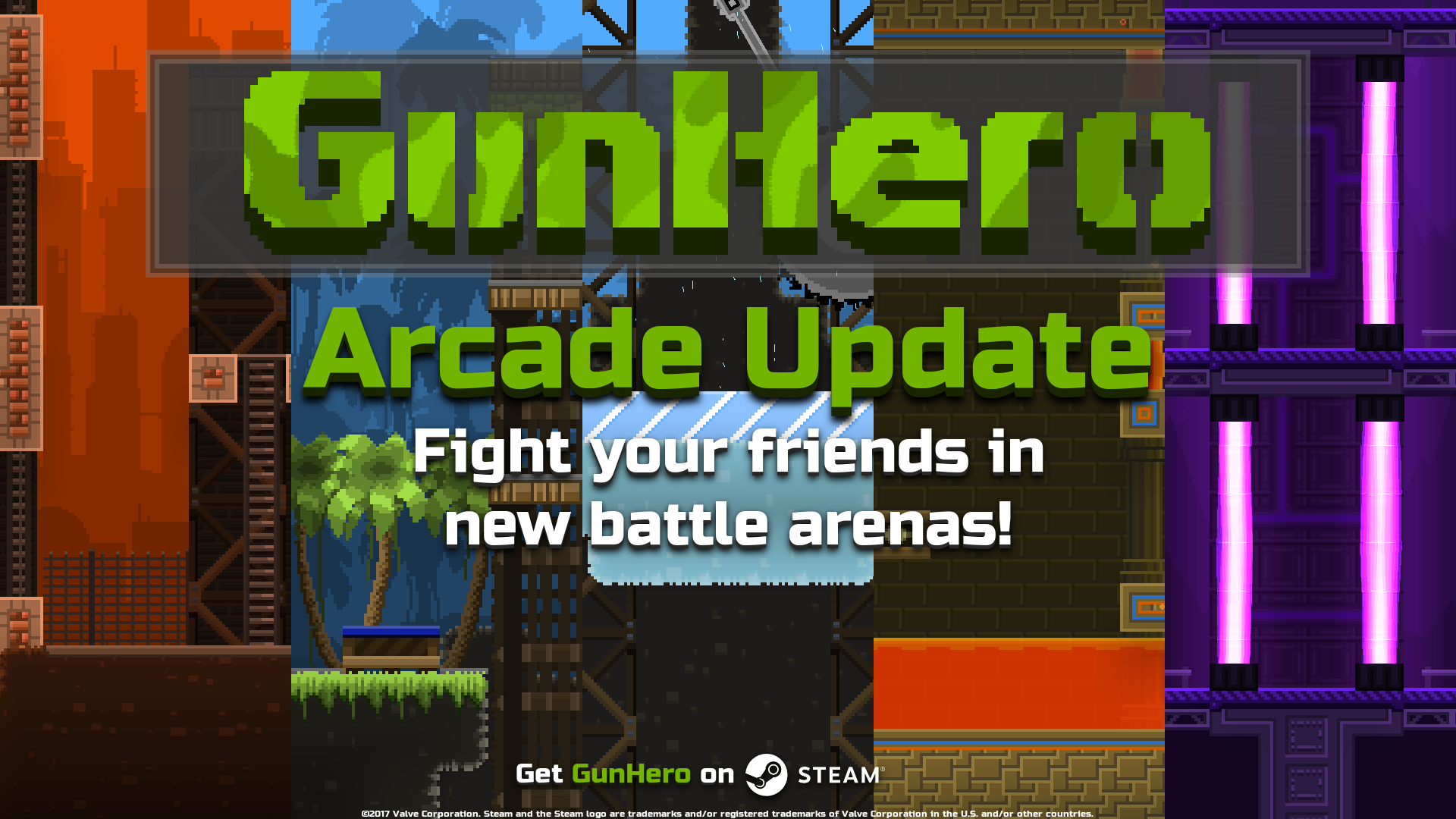 Fight your friends on battle arenas! The update features five battle arenas where you can let off some steam by shooting your friends. You can choose between deathmatch, last player standing and score modes, with each mode offering its own unique battle rules. 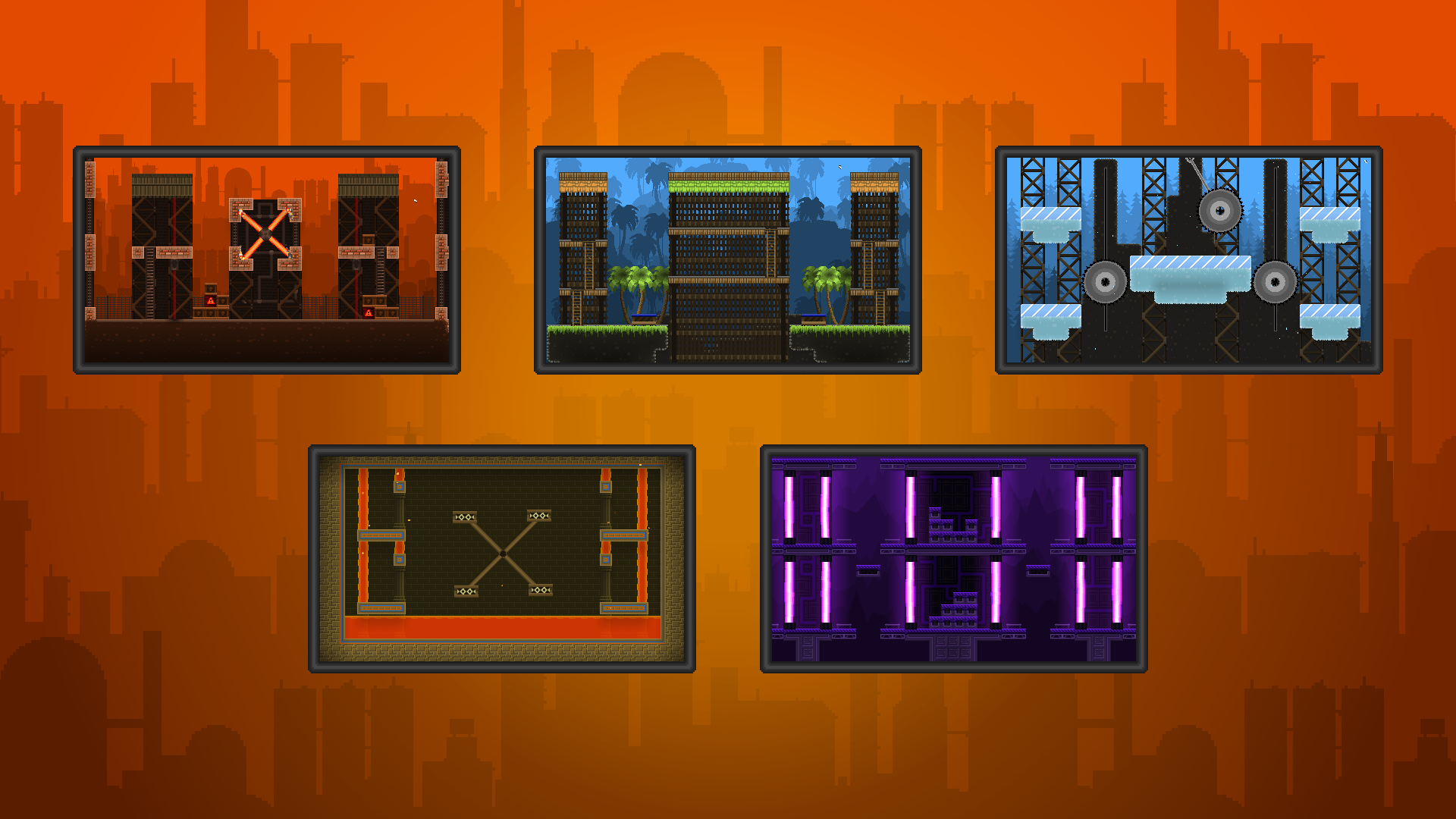 The level selection has also been polished.

GunHero is currently off 25% at Steam during summer sales, so definitely take advantage of that!