We continue to overhaul our GUI and we've also started getting some portraits in. Exciting times!

Posted by kingdinosaurgames on Aug 23rd, 2014

The seemingly endless string of GUI overhauls continues as we finish up the peripheral screens, as well as the actual Main Screen itself. I also continue to get sidetracked by localization and modding support - every object and class now has a serialization helper class that makes breaking the object down into XML or bringing it back into the game incredibly easy. I also put in some extra effort to add full sprite and sprite sheet support to the mod elements so people can really go crazy with theme. 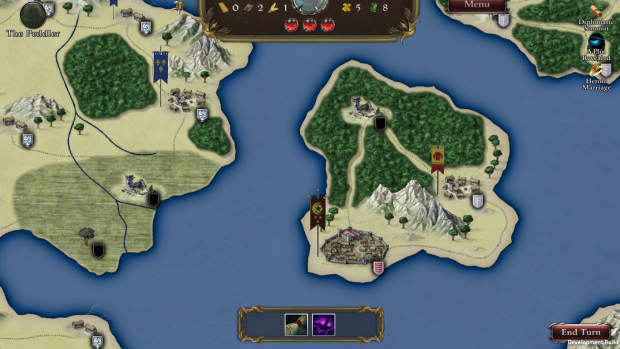 The Main View finally got its overhaul, we had left this to the end because we wanted to continue to maximize the map view as I really prefer letting the map speak for itself. In the end you have what you see before you, let's go through the features and see what's what.

Also you can see our 3D banners now on the map, the larger they are the larger the military present (though that can be deceptive, as some units are much stronger than others). We do want to add units holding the flag to represent their composition, but that would be part of our kickstarter art. 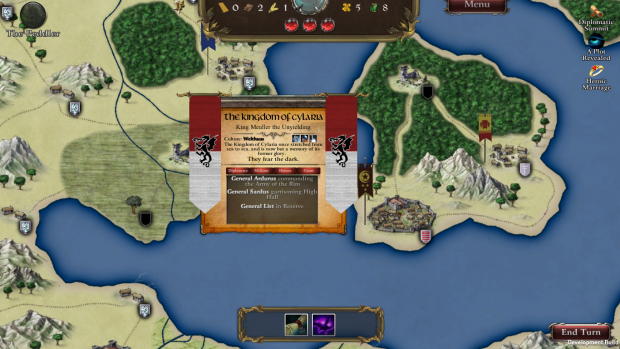 This is the Kingdom screen, giving you quick information about a given power on the map. As usual everything is Tooltip enabled to see more information. We broke down a lot of the information into the bottom pane which is accessed via the buttons above, and instead of describing the benefits and traits of the nation we put them as icons near the top. Laws and Edicts are now part of the Court page, as most nations have very entries in Court.

Portraits
Lots of back end work, lot of GUI work, and a whole lot of localizing have gotten us back to where we were two weeks ago but with a much more polished product. In celebration of that we had the same fine artist Julio Iglesias, whose work can be seen here, make us some portraits. Here's a sample of the Peddler. 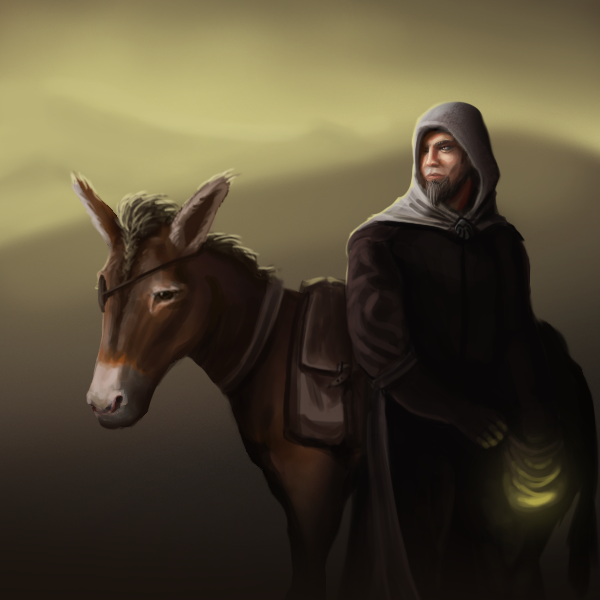 He's got something special in that bag of us, and damn that Donkey is clearly calling the shots. We are fans of having portraits in the game because Theme is all-important, and a proper image can help establish that feel.

Wrapup
All this work was something we had told ourselves we wouldn't do until after Kickstarter, but it just seemed to make sense. I still have some cleanup work to do on the Serialization, and a few of the GUI screens just aren't quite looking right yet, but right after that gets done this week we will be back on schedule remaking the videos with our new art and releasing them one after the other.

It's always hard to decide when to stop, loop back, and try and improve on what you have versus moving forward as planned. I think we made the right call here, the level of increased interest we've seen raises the prospect of a good Kickstarter, and that raises the prospect of this game getting the treatment it deserves.

That Which Sleeps Turn Based Strategy
Related Engines