A piece of news concerning the Life Legend for LOM: Legends of Urak (Mantera's GS5 Mod). The quest is now entering the demo stage called The Northern Part. The upcoming release will be fully playable and complete story-wise, while still providing a space for the sequel to follow. Note that it is already large in its current form, comparable to the largest of Legends from the original Legend pack.

Meet Silmandil The Elven Prince, the future king of the Prime Elves and the prefiguration of the Life Great Temple Pegasi Riders. Confront the ferocious Northern Barbarians, the unholy Golgothans, and even more various threats crossing your way every time you step forward.
This journey is for noble and courageous, and hungry for a long adventure nevertheless.

GS5 Life Quest: The Northern Part is the sixth Legend of Urak, dedicated to a previously untold piece of Eldren history. The quest will be firstly released in its halfway form under the subtitle of "The Northern Part". However, the demo will possess a complete storyline, alongside with all the needed media, and is meant to be fully playable and completeable.

The Northern Part will provide:

Keep your hands on the pulse of events - the middle of the autumn is going to be warm enough! 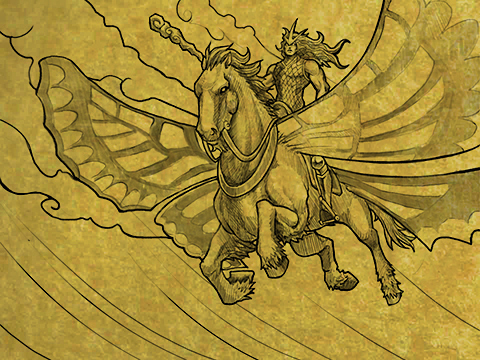 Lords Of Magic Turn Based Strategy