This week's update is all about Grimoire's sixth class: "Nether".

This week's update is all about Grimoire's sixth class: "Nether". Justin has just finished the spell effects and we are now ready to show them off and get into some of the details of Nether. At it's core Nether is all about control. Control over space, ley-lines, and paths. And of course control over players. Three of Nether's four base activatable spells are designed around this control and when used together with other classes can easily turn a fight in favor of the Nether mage. If you want to check out this newest class we will have one more Dev playtest this Saturday the 31st at 3 PM EST (9 PM CET) before Early access release next week. A huge thanks to all of our awesome alpha testers for the feedback and support!

Chakram (Left click) sends out a chakram of Nether energy that returns to you. Can damage enemies twice and travels through solid objects.

Rift (Right click) summons a pool of Nether energy that deals damage to mana and health over time.

Void Tether (Q) launches tendrils of Nether energy that when it hits will pull your target to your location and deals damage.

Vortex (E) creates a powerful gravity well at the target location that sucks in nearby enemies and prevents them from moving or casting spells.

Nether's addition will increase danger during that first sighting of an enemy mage. Void Tether' extreme range and potential lethality will force players to be even more on guard for long range attacks.

The best part about Nether is it is our first class to have ‘final art' for its spell effects. So if you're jealous of Nether's cool looking magic- don't worry- our other five classes will be getting similar treatment in the very near future! Finally, here is a look into the concept art and designs behind Nether's spells and effects: 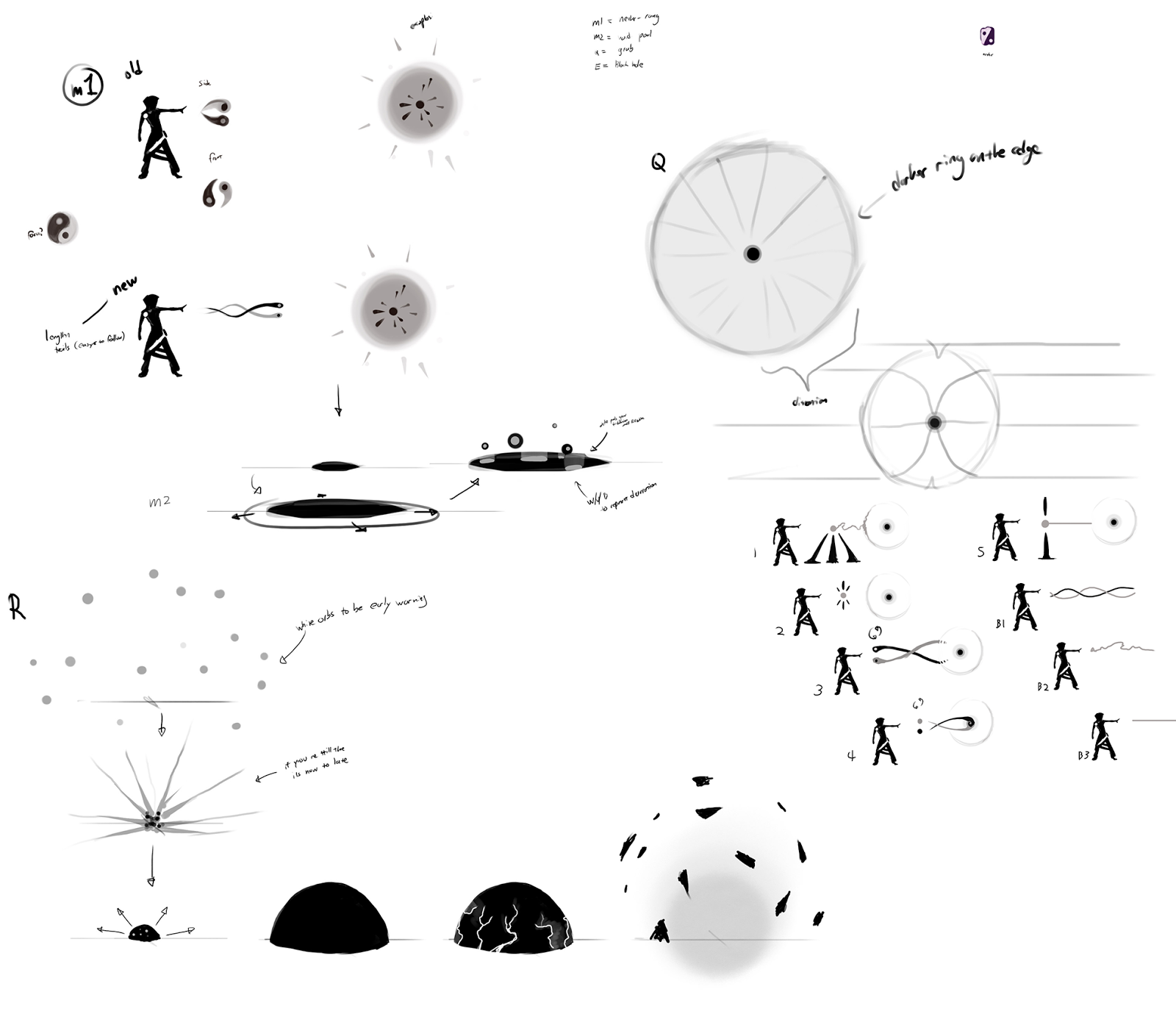