The new control based class, Nether, has arrived! Alpha testers can try it out starting with the Dev playtest this Sat at 3 PM EST (9 PM CET). We will be streaming the playtest @ www.twitch.tv/omniconnection. Open alpha ends next week and Steam Early Access begins Feb 2nd! More alpha keys added: Omniconnection.net

As Steam early access release approaches the team has been putting in long hours getting bugs fixed, content added, and balancing classes. The two most exciting changes coming this weekend are the addition of Grimoire's sixth class, Nether, and the finishing touches on our first map made entirely with custom meshes and materials. If you are curious about an exact list of the latest changes please check out our patch notes.

Nether has been designed from the ground up as a control class whose job in battle is to hold enemies in place as well as grab and pull them from their battle line to yours. The first spell (Left click) fires a boomerang-like projectile that returns to the caster. It damage enemies when it flies away from the caster and again on its return trip. The projectile can be thrown again as soon as it returns and will travel through walls. The second spell (Right click) places an area of effect field on the ground that deals damage to mana and health over time and lasts for 3 seconds. The third spell (Q) pulls the target enemy to your location and does minor damage. The fourth spell (E) is an AoE Gravity Well that locks players in place for 3 seconds making them prime targets for combos from allies.
I.gyazo.com
Nether spell one in action!

In addition to the new class a ton of progress has been made on Grimoire's first non-placeholder map, Slums.The first Grimoire conquest map was originally called Breach and was recently renamed to Slums to fit the art direction and ambiance of the level. The original design was roughly based on one of my favorite Day of Defeat maps, Kalt, but has come a long way since then. Slum's visuals have completely transformed due to the amazing work done by our multi-talented artist, Justin (Asher). Through our combined efforts we can finally show everyone the quality we want in the final version of Grimoire. There is a long way to go but over the coming months you can expect the art found in other maps to move towards the bar set by Slums. There will be more info and screenshots coming as soon as Slums is complete- until then, I wanted to take some space here to show off the progress made and contrast it with where we started. 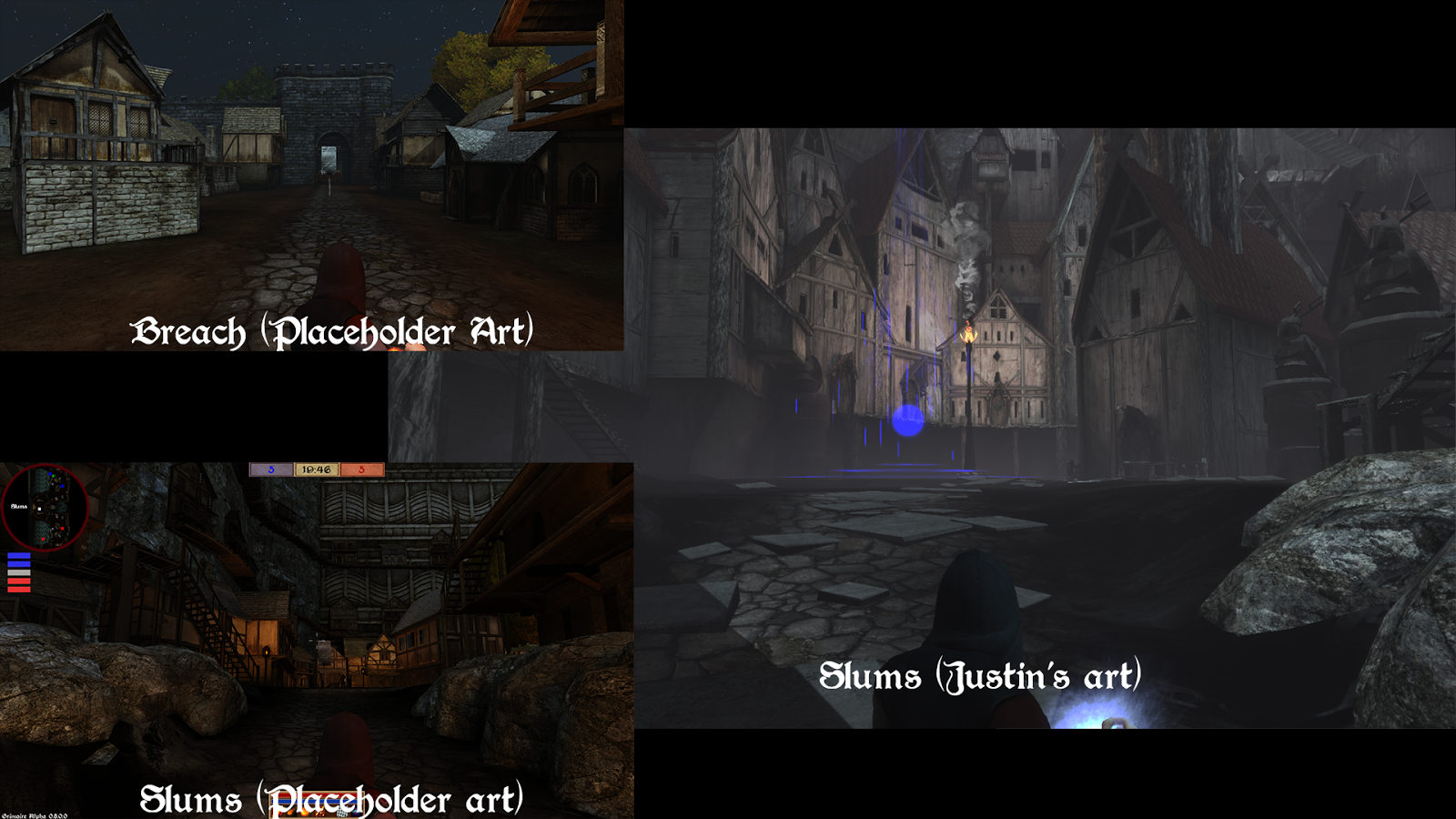