I would like to thank everybody who voted for us on Greenlight. We are so happy to have seen that Congo got the green light after 10 days and now we're all officially hooked up and signed up to Steam!

So, it's been a long time again since I posted anything on... anywhere! But lots has been going on. First of all, I would like to thank everybody who voted for us on Greenlight. We are so happy to have seen that Congo got the green light after 10 days and now we're all officially hooked up and signed up to Steam!

Not only is this next-level badass, but it means so many more things are open to us. We have a slot to distribute our game and fund our future development, also means we can take advantage of some of Steams coolest features aaaaaaaaanddd can get it on Early Access and get the community involved from a much earlier stage.

So that all happened mid-July sometime.. and now it's August... So what have we been doing since?

All the real heavy lifting work is pretty much complete, so we're dedicating a lot of time to just making it as fun as possible. One of the key things we have focused on is SHOOTING STUFF.

It's a difficult balance to maintain.. We want the weapons and attacks in Congo to feel satisfying and most importantly we want the user to be able to use the aim mechanic comfortably and make it smooth and intuitive. We have passed around lots of ideas, implemented lots of different variations. Originally we just had a simple crosshair that appears on the screen... Point that at stuff and shoot. Which did the job. You ended up shooting stuff but I felt that the player felt disconnected from the actual game world, perhaps it was because we are the developers and we knew that it was just a crosshair drawn on to the screen, but either way we weren't happy.

Next step was to create a crosshair that was physically in the world. Which felt more immersive but became quite difficult to use and very temperamental. But we left it for the time being while we sorted everything else out.

I think came up with the idea that actually, in this world, you don't need to specifically aim at feet or hands or heads like you do in FPS's, everything happens so quick in this game that really all the player needs to know is WHAT you're aiming at.. Not Where on What. So then came out current aiming system. Which just highlights what you're aiming at and allows a much much much more fluid sensation to playing.

We are planning to release on Early Access relatively soon, and we want to get people involved as quickly as possible although I have noticed a very split opinion about Early Access.

Early Access, to us, sounds like the perfect direction. We have a game that is fun and playable and ready to be distributed but we don't have the time / funds to spend 6 - 12 months filling it up with enough content to distribute as a full release.

Our plan is to launch on to Early Access with one large map, 6 weapons and a number of different items and equipment. The map consists of a set of objectives and capture points that the players must secure and maintain and slowly make their way to the end point, which triggers a massive survival style end-round where the players must survive as long as possible whilst maintain the objectives that are under attack.

Looking forward to things to come, and a proper gameplay video should be floating around soon enough!! 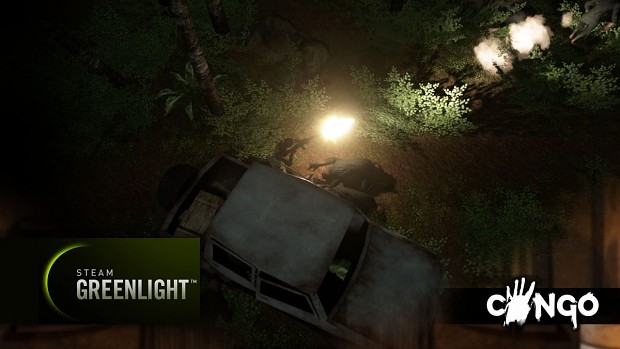