Dad Beat Dads gets Greenlit on Steam, + a preview of the amazing DBD Soundtrack! 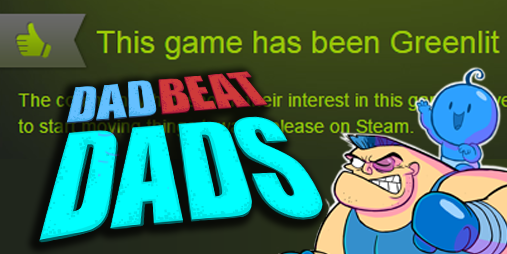 Whoa, daddy! That was fast! Greenlit in 9 days, thanks everyone who voted & followed! We're super excited to bring Dad Beat Dads to Steam!

..another thing that's awesome about DBD is the music. Sam English is composing, & every time he sends us a new track, we blast it & repeat it for hours! We're so excited about the tracks that we're trying a new 'Dad Beat Dads OST Preview' video series. Check out the first song in the series, the theme from Bottle Rocket Factory: