Some Greek units and their concept art. Peltasts, Hoplites, Greek Fire Oh My!

Posted by SergeantSkittles on Jan 3rd, 2017 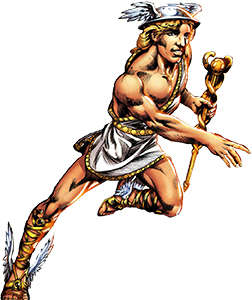 The Hermes Light Runners while hardly having any Armour make up for this in speed and sheer violence. They run in strike and run out. If left in combat for too long and they will rout. Useful for charging archers and silencing a good amount of them. 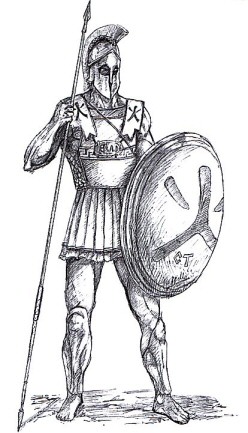 The Lightning Spears of Zeus! Armed with a shield and a magical spear from Zeus him self these warriors are feared on the battle field! Able to go into shield wall formation and shoot streams of lightning towards the enemy 3 times a battle these soldiers are great at holding choke points and defending town centers. Use them wisely though their lightning is also deadly to friendly units.

Greek Hoplites the core of the Greek army. With long spears and thick heavy shields these units act like pikemen. Use for defending against cavalry and guarding choke points. 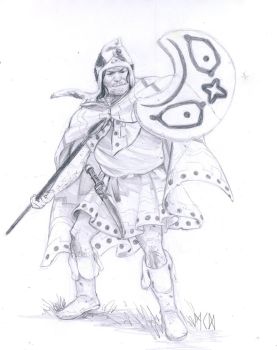 The Peltast the main javelin unit of the Greek army. They hold a total of 20 javelins per unit. They are able to skirmish enemy units well and run away if the enemy gets too close.