GraviNULL's first alpha release is drawing ever close, dedicated server files ready to go and the client files scheduled to release in less than a day's time(26th Fed 6 pm GMT+1 to be exact). Also some info about what's next after the first release!

Hey everyone! As you may know, GraviNULL is going to release very soon! In case you missed it, click here to check out the release newspost. The server files have released as well although only a humble non front page post was made, much to my distress and probably some of the team members as well if they've noticed... is that these received much less attention!

So in this newspost I'm going lay forth some of the plans for the future of GravINULL to gather some more interest in the mod. But first here's the current places the Dedicated server files can be downloaded:


We've seen the release of GraviNULL getting quite a bit of attention already! More than 2000 views on just the ModDB page and with many more views on other sites. This means alot of players can be expected that will be wanting to take the mod for a spin.

However currently the outlook is grim, with only 1 australian dedicated server currently succesfully up and running and only about 5-7 more possibly ready before release... this newspost is hopefully going to grab the needed attention from server hosters as well get everyone excited for what more will be coming to GraviNULL in the future.

So ... what to expect in the open beta that is going to start development after release of the open alpha

Time Trial can be seen as a hazard/obstacle course in which you and other players are going to be competing in to get to the end of the course as fast as possible, meanwhile dodging all kinds of dangers.

There are a variety of ways this mode could be executed, one I have in mind is pitting a minimum of 1 and a maximum of 4 players in the map at once with the rest spectating, since there's not a lot of room to have alot of players all do it at once. The spectators can get to watch as some try and die or watch in awe as some set new records!

To give you a better example of what this could be like, here's some screenshots of the first Time Trial map: 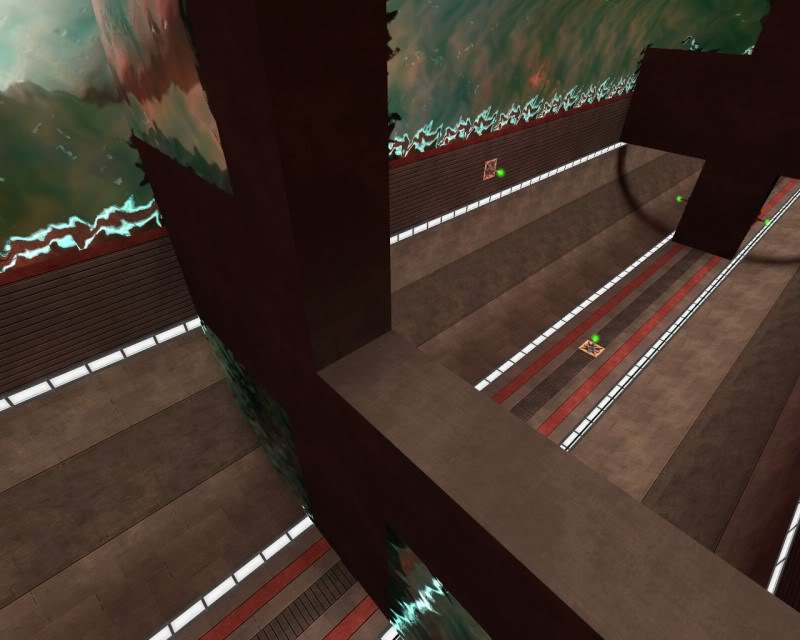 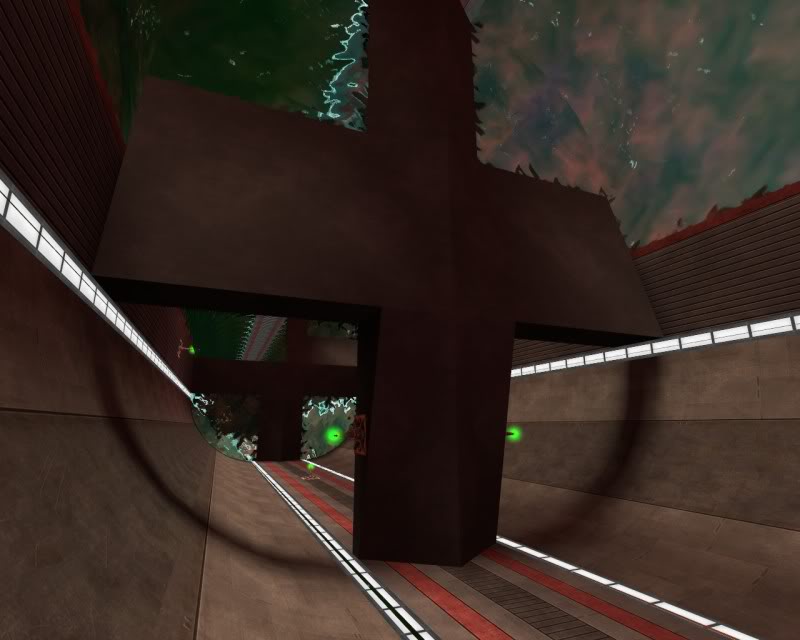 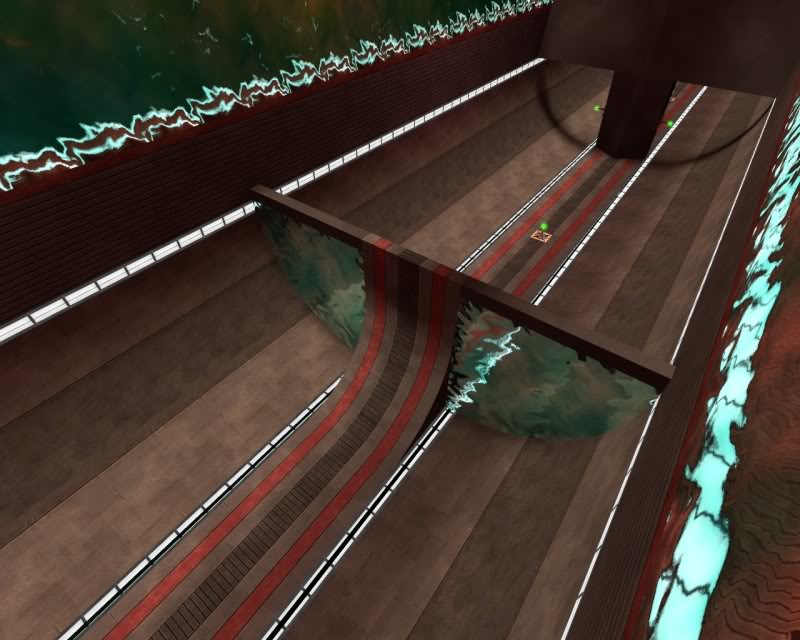 That's about 3/4th of the map, it looks deceptively easy, but the "forcewalls" are very deadly and manuevering yourself to not touch them can be quite a challenge, but with training the track can be done very fast nonetheless... practice makes perfect as they say!

Now here a screenshot of the ending part of the map: 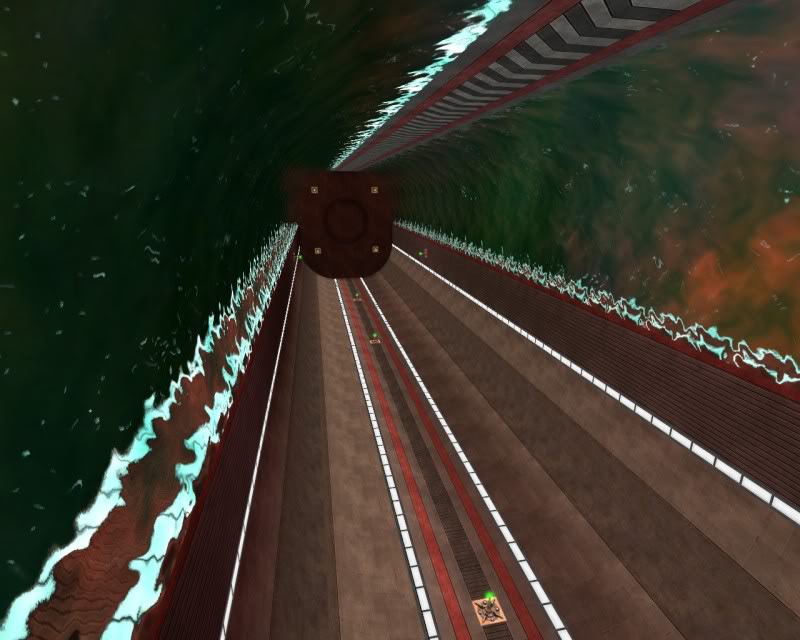 Personally I like that part the most, you try to get through the circle at the end, there's little actual hazard but it's a fun little challenge to plan your approach in such a way you'll get through in one go.

I hope this newspost will help to spur on dedicated server owners to set up a GraviNULL server and that way help ensure everyone will have a chance to play the mod upon release.

Remember people, Friday 26th at 6 PM GMT+1 is when the client files are gonna be released.
A warning for you all... Mind the puns for there shall flow forth many!

Are those textures from jailbreak?

Aye, I'm working on the GraviNULL team, and the Jailbreak team as a whole is more than happy for these guys to use all of our art assets in anyway they see fit, because this mod is AWESOME!

I'd rather not have a class system. I hate class based systems. XP

We'll see, customization may be a better way to go, but depending on how things go I was thinking of classes since the different models could reflect them, but ofcourse it's more important to meet the wishes of the players.

Hey :) that is my server :D (the Australian one)

:D though so. Since it's australian it lagged very badly for me, but other then that it worked fine!

Thanks for providing servers everyone :D

Timetrial looks wicked... So its like 0 Grav too and those red things are what you grab onto?

You grab onto the green sprites which are on top of static anchors.

Yup, what Alt also said.
Keep in mind that's the next gamemode on the list, not seen in the mod at all in the alpha, so don't get too excited yet hehe.

I totally believe you :D

awesome! definatly gonna give it a try

models, yes
new maps, yes
new gamemodes, yes
classes, no
why no classes? Although I even haven't played the mod yet, I believe that one of the strenghts of the mod is its simplicity, gameplay possibilities are already enough overload, you should better focus on the gamemodes and diversifying maps

I do agree with you on keeping the mod simple.

But on the other hand... there was a certain... plan for player models that would make it perfect to have 3 models of three very basic classes, it'd be mostly things like speed and damage reduction to help support different playstyles.

However with the new models that may not go through.

Thanks for expressing your concerns though!

I'll look forward to Time Trial, such a gamemode would be wicked!

It was tremendously fun to play this. :)

time trial sounds great, but wouldn't it ruin the idea of a heavy class?