In preparation for the an alpha release I set out to make a few graphics updates and ended up re-designing everything!

Posted by GreenyGamesStudio on Jan 8th, 2013

I initially wanted to release a small demo of Samphi and update it as i released development updates so you guys could play the game as you see me develop it. Desura got back to me and said that they do not allow demos on the site.

I now have to push the release back so that i can put out a full alpha build. With extra time i wanted to make a few upgrades to Samphi's graphics. This got out of hand and I have ended up recreating the whole main menu screen, in game GUI and a few other graphics updates here and there. I think that game looks 10x better now and having a proper GUI pulls the various different elements together. Below are a few quick shots of the menu graphics updates. Check out the video and proper images for a better look and for the in game graphics updates 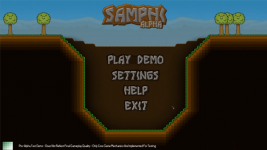 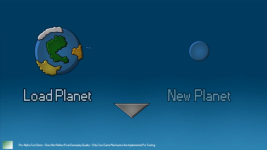