Tower Defense is back and the first step is showing you the new and improved Art.

After the release of the source it got again very calm around this mod but we want to break this silence.
As we got some feedback we decided to readjust, rebalance and rework most of its content before moving on. The first version just included Models taken directly from the good old Generals. So we decided as a first step to remodel each of them as they look dull compared to Tiberium Wars standards and the other defenders we are going to implement. 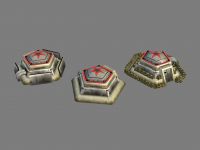 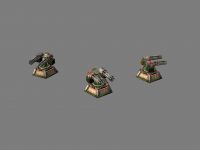 As you can see, and most likely saw before in some videos, the HUD changed too. The unneeded power bar was removed and the radar map got a transparent background. This background however is likely to change soon as it was a filler to see how different styles look and feel. A comment on your side on the semi transparent radar map style would be appreciated, especially focus on the white parts as they show the map. Also an experience system is implemented where the player can get upgrades and special powers like in Generals and Red Alert 3. 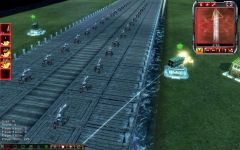 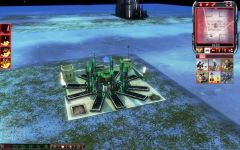 Also as you might have noticed in the Patriot screen we reworked the water shader to look somewhat more realistic. 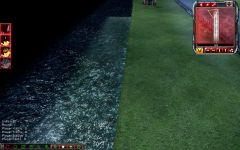 GREAT news. Tower defense always had a spot on my hd! :D

finally an update, i'm really looking forward what comes next :)

what do you mean by "this"?

He means update described in this news.Really, can we get it somewhere?Or it's not done yet?Then when is it gonna be out?