More features have been added. All walls will cast there natural shadows, and the White Night flashlight has been edited somewhat to fit a more natural look, at least to my tastes.

I have edited the White Night flashlight to be on the left bottom corner, and texturing the hand to be completely black with an alpha channel to make it invisible. I honestly got tired of looking at that big hand, and it kind of took too much of space on the screen.I want the player to relay focus on whats happening on screen, without the flashlight getting in the way. 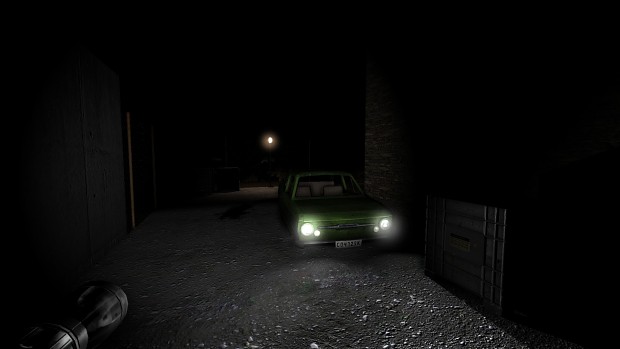 All walls (primitive planes) will cast there shadows.

If you notice on the left, the wall is casting a shadow as it should. "I thought Amnesia could not cast shadows from primitive planes?" All of the walls in this scene are primitive planes. As some of us might know, they have a technical limitation. While it may have a "cast shadow" option to toggle, the wall will not cast shadows. How do I get around this? I use Amnesia's technical static object "Plane Black". A 2 polygonal flat plane. I place it just so tiny behind the wall, that way the light will cast the shadow also on the Plane Black wall, creating the illusion that it is casting the shadows from the wall itself.I will place Plane Black objects behind every single wall and corridor to give the players the maximum visual appeal.
And all this time I thought this was a broken feature. Apparently I did not even test the primitive wall shadow toggled because it did not work within the editor, but it does work in game! So I will not waste my time placing that plane black static mesh behind every single wall, in staid I will toggle every single wall plane I have in the game. Thanks to CraackerTraash for informing me on this issue. 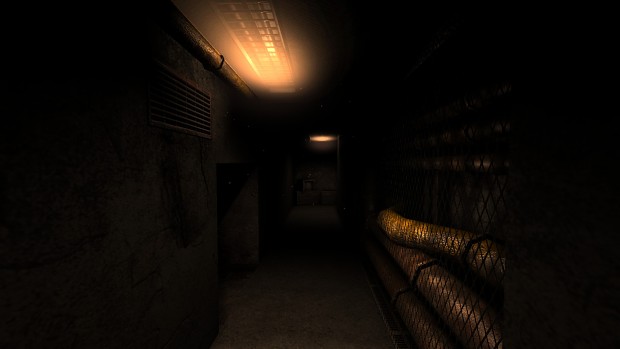 More primitive wall shadow example. From the side wall signs, to the right door's upper wall casting its shadow onto the other room. Also almost every light will have a lens flare bloom effect. 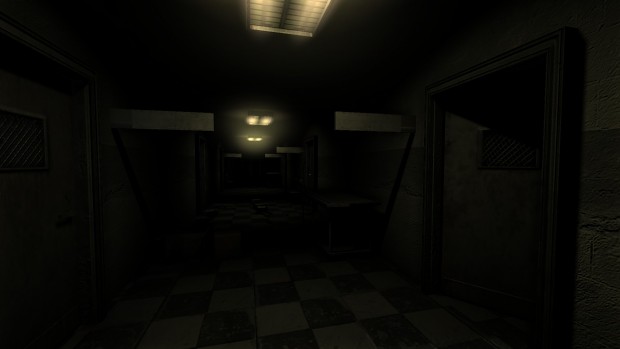 Also be sure to look out for a couple of screens showing off new terrain! No more flat outdoor environments! Rolling hills, flowing rivers, cliffs, high ridged mountains! More to come soon!

The Hands Resist Him Amnesia: The Dark Descent
Related Games