This update includes concept art of two playable classes, a video of our current level prototype, and some other various media.

Hello, this is TheWanaB, lead designer on Grand Heist just here to give you an update on the games progress. We haven't updated since March, so this media update is fairly significant, if only to prove we're still working on the game.

In terms of content creation, things have been smooth; a new modeler Aaron, and new conceptual artists David and UnusualOrange have given us a lot to work with. In this media outage I hope we give you, at long last, a clear view-point as to where this project has gone. It's actually extremely interesting to look back at the original plan for the game (an open-world FPS on the Source engine I believe) and see just how much change has occurred; but then again, that's how these things work.

The game itself has become a third-person, team-based shooter. The design is heavily steeped
within this team-based game-play; with a “ring” system that forces players to work as a team, particularly with regards to their positions on the map. I shan't say much more; as it's something
that's incomplete, and still has to be tested – but needless to say it's something we are excited about. Furthermore, Grand Heist features an extremely well crafted camera system that adds unique visual flair to the game. It's something different to the norm. but the system itself is still very easy to use; and provides a far greater degree of control to a players character than most in the genre. I'd like to thank Lord Baron and Shad for their work on the camera system.

I can also announce that the game will ship with 2 large maps; of course the map area will change depending on the game-mode being played; but it's great to have a clear goal, and a vision as to what we need; something that hasn't always been true of the design. There should be a new game-play video posted; the first footage we've shown. Please take note, when you watch it, that this is footage of 1/3 of a level; and the smallest part of that level to boot. It really displays how much work still needs to be done on the game; but we are confident we can meet our deadline; and attract new artistic talent with this update.

Now to talk about the classes; Grand Heist will feature 3 of them; The Charger, the Medic and the
Marksman. These three classes are designed entirely around supporting each other; and have been balanced accordingly – below are the conceptual work produced for the Charger and Medic classes. I shan't give much else away regarding their play-styles or characteristics, but needless to say they have been designed, artistically, around their additions to the game-play. 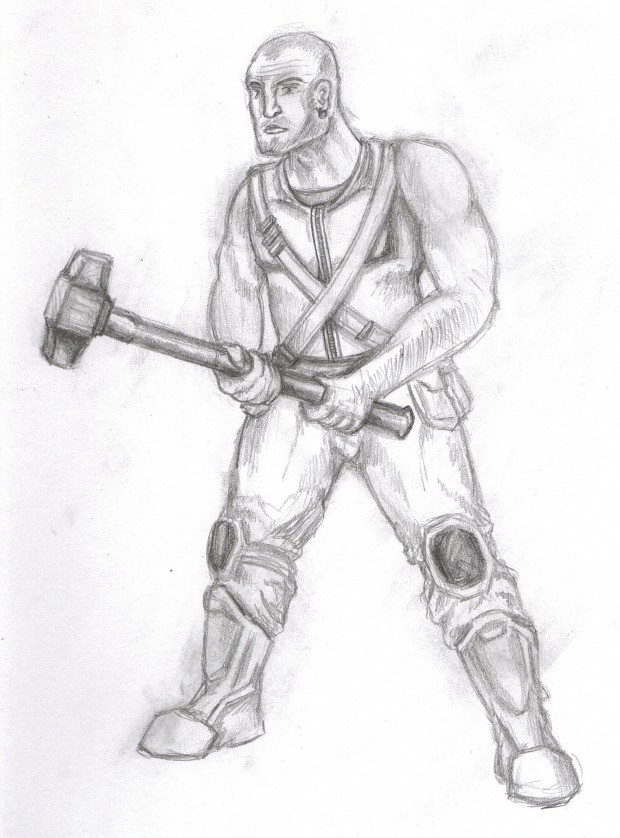 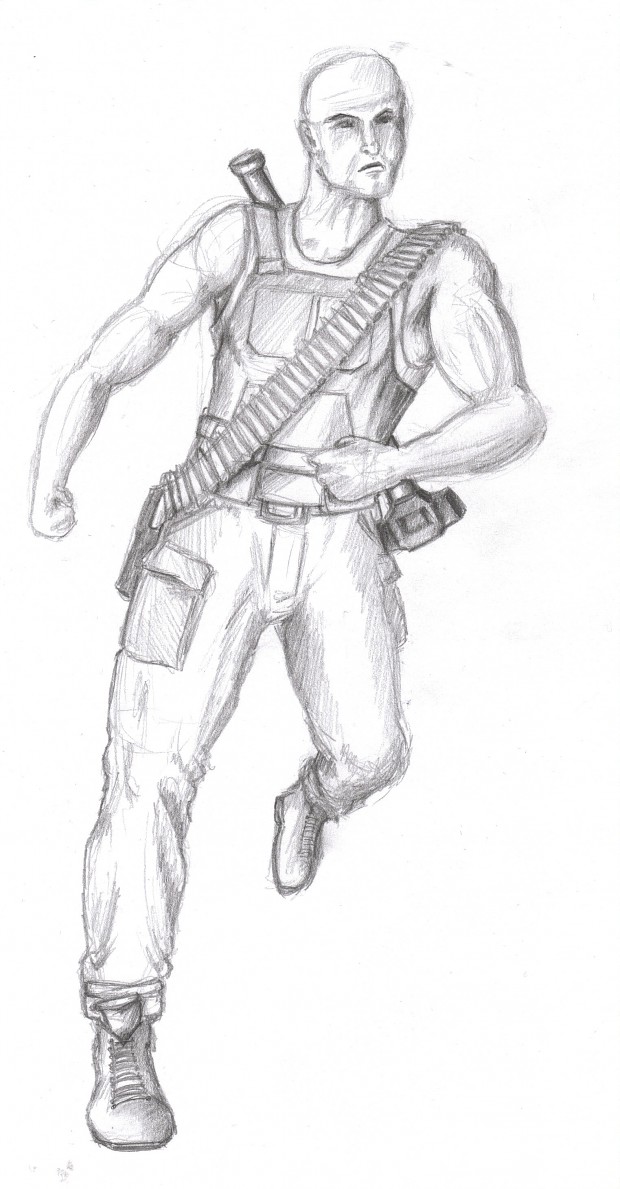 Above is the Charger concept. 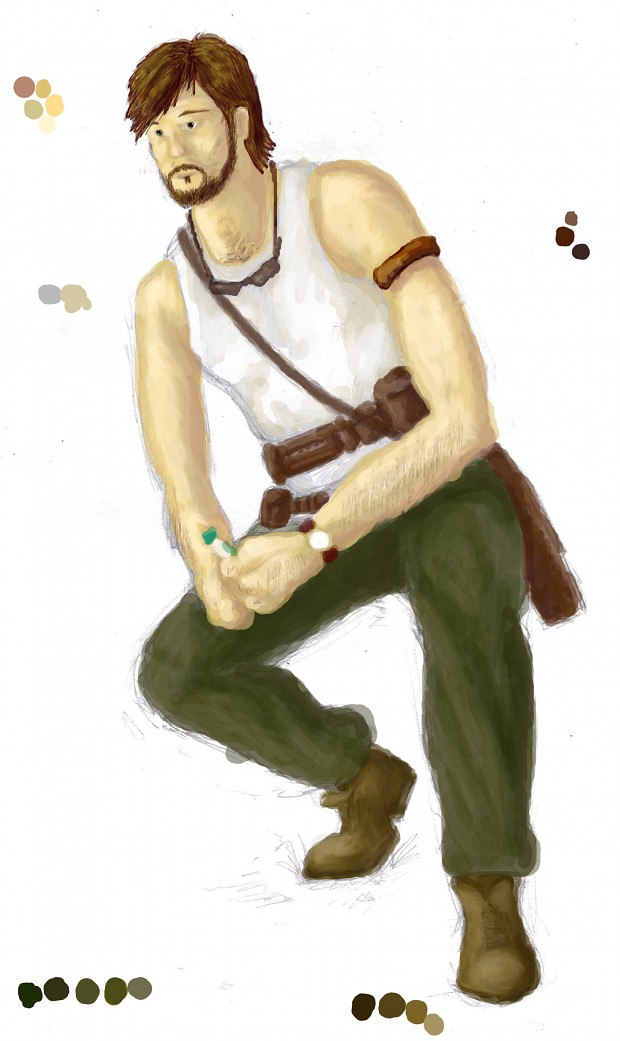 This is the Medic.

As you can no doubt see, we have a precise blend of realistic and cartooney character, and area designs, to give the game a varied visual look. If you check the image section of our modbb profile I'm sure you'll find some new model pictures – a few have been placed below to display this kind of visual flair. 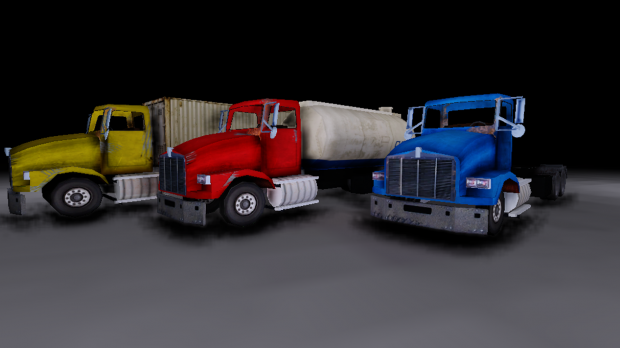 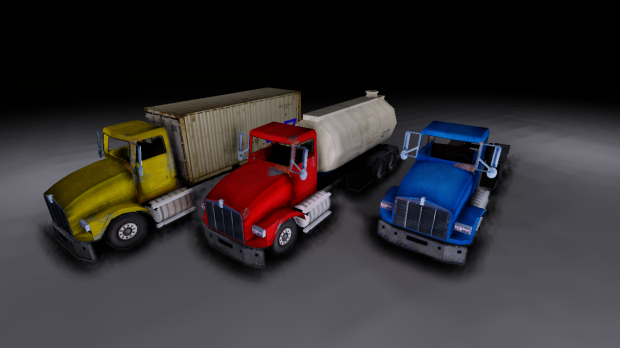 The game-mode displayed in the video is known as “Heist”; a game-mode in which an attacking team has to capture a designated water-tower; as they get closer to the count-down a plane will appear to take away the tanker; but be warned, if the tanker is not secured the plane will leave. It is the
defenders duty to hold the attackers off. I can't say much more beyond watch the video; for it is explained in visual detail there.

(Please note, this video is slightly bad quality. I ran into some recording issues but even though that's the case, I still think our fans will appreciate that it has been posted.) 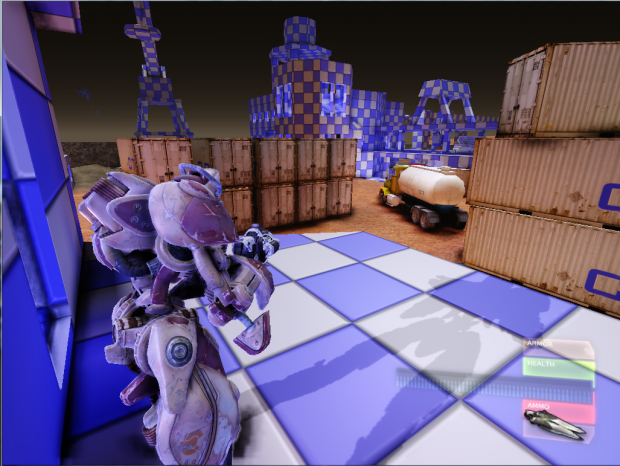 That's all we have for you know, more information will be released through our blog (information not worthy of a full update) so check it out here : www.grand-games.com/blog

If you feel you could add to our team in a meaningful fashion please contact Mike at : mike@grand-games.com

Looks like it's starting to get somewere :D good work guys :D.