Hey guys! I'm Justin and welcome to the month of October update for Grand Guilds! This month has been very productive and I'm more than happy to show you what we've done with the game.

I've finally finished coding the large unit feature. This allows the game to have units that occupy more than 1 tile. The werewolf below occupies 4 tiles, while the Spider Queen occupies 9 tiles in total! 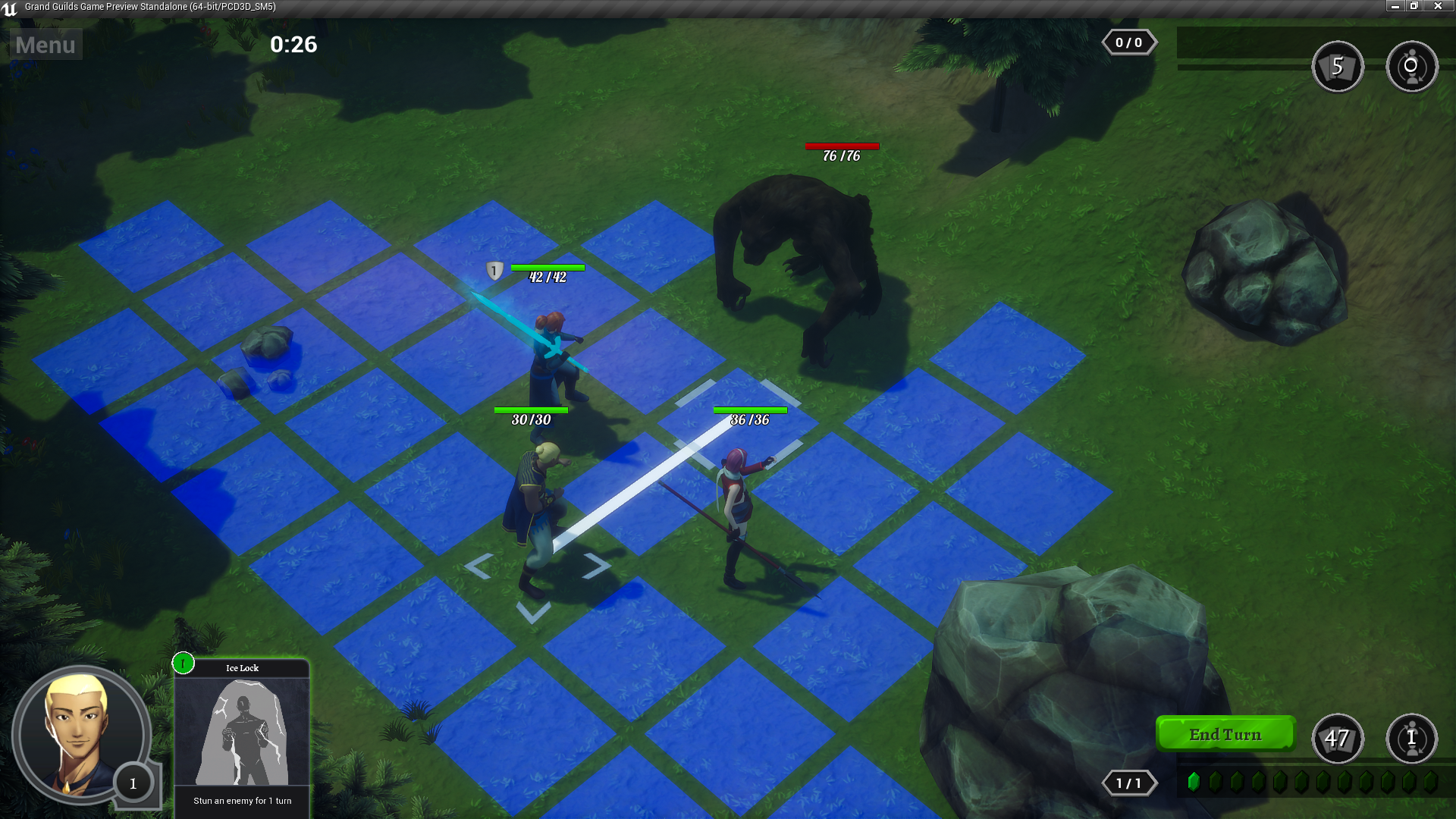 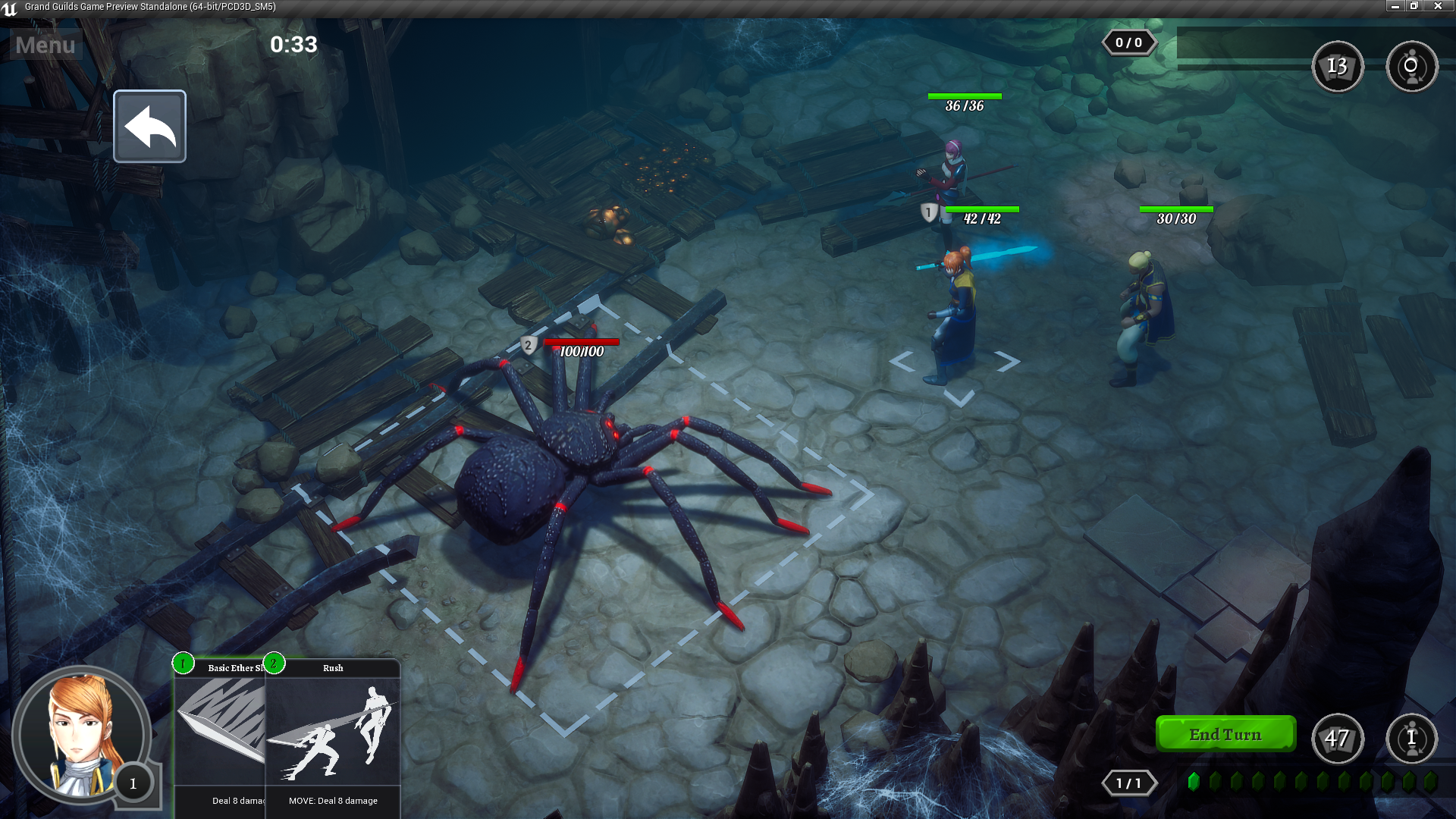 We've also redesigned almost all the outfits of our major characters. I've remodeled the 3 starting characters so far. I think they look a lot better now and far more detailed.

With the newly designed characters, we also want to change up the art style of the character portraits. We're aiming for something closer to the Fire Emblem drawing style. Here's a comparison of the old and new portrait of Amelie. 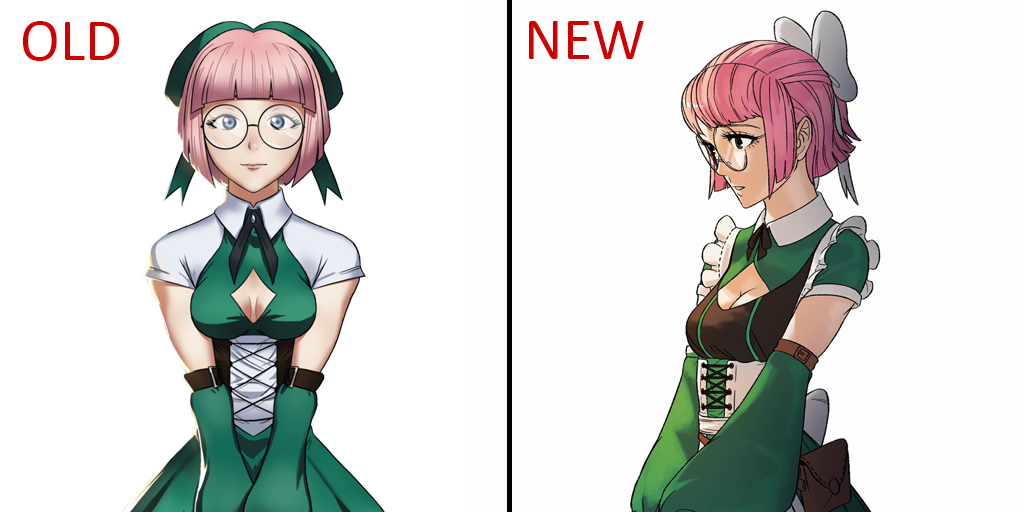 And of course, we made some cool new abilities!

Seven Blades is a ranged single-target damage ability for Eliza.

I've designed a couple of new maps as well, but I won't be showing them since they may contain some spoilers for the main story.

Well, that's it for this update. Hope to see you in the next one!