The Galactic Republic of Free People, more commonly referred to as just "The Republic", is a faction that stands against the tides of Empire's and which will fight to the bitter end for the rights of all sentient beings.

The Republic currently spans about 13 sectors, situated mainly in Outer and Mid-Rim of the Southern part of the galaxy and consisting of many thousands of systems. Its capital system is Eriadu, which is the heart of the Republic. It is both the political, economic and military heart of the Republic. Laying on top of two intersecting and very large hyperspace routes, that connects the Federation with large portions of the galaxy. 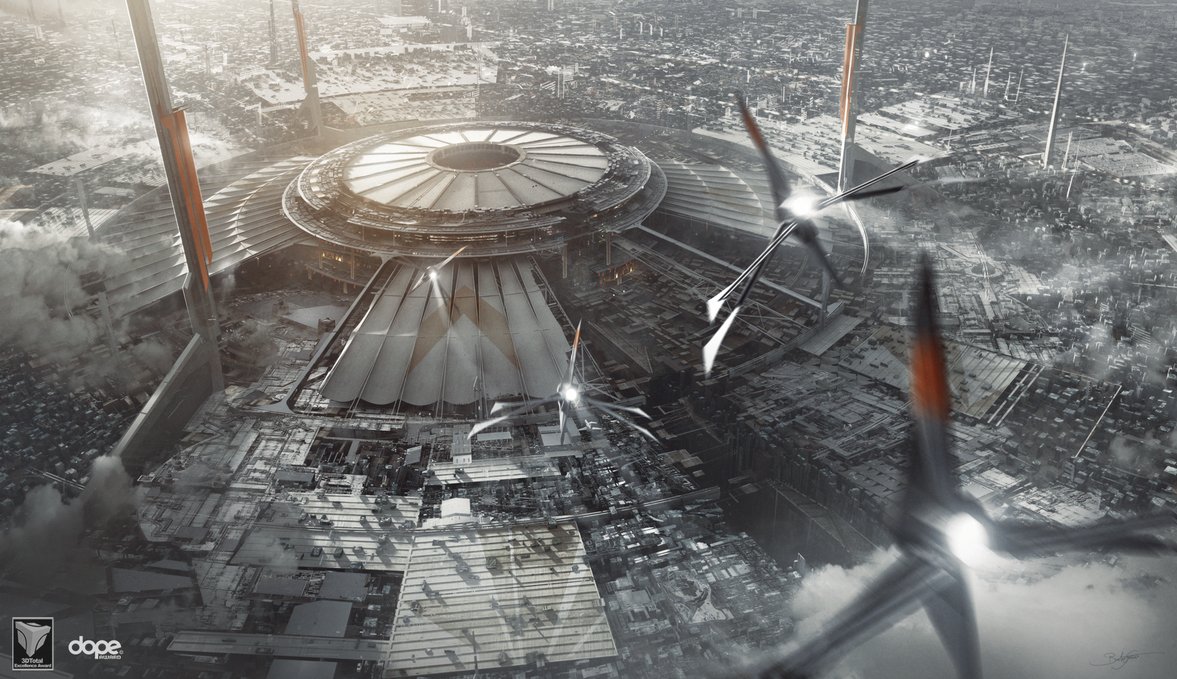 The Republic shares the same political system as the Old Republics, lead by the Senate and whoever they had chosen as the Chancellor. The Senate is the legislative and executive branch of the Republic. Its primary duties are to mediate any disputes between star systems, worlds and cultures, to regulate trade between systems, to protect and care for citizens in need and to provide mutual defense in face of threats to the Republic.

It is still a very prestigious position; however, the Chancellor is properly addressed as "Your Excellency". The Chancellor is elected from among the Senators who made up the Republic Senate and serves a term of office that lasts for four standard years. A Chancellor can legally serve only two consecutive four-year terms before he or she has to step down due to term limits.

The Republic Common Charter is the supreme law of the Republic that lays out its processes and political mechanisms. Its articles outline the tenets and operational structure of the government in general, statutory terms. The Charter was created by the Resistance leaders to create a more unified and defined government in place of the Resistance Triumvirate. The Charter was based on the old Galactic Alliance Constitution, which in turn was created by the Army of Light.

While the Declaration sets forth the basic principles and tenets of the Republic, members are confederated under the Charter. Applicant worlds are required to review and agree to abide by the Charter and its related statutes. Articles within the Charter describes the method by which planets become members, the three types of membership, the Rights and Responsibilities of members, and the bodies of Government and their respective Powers.

Article 1 describes the rights of sentient beings and proclaims the principle of free will.

Article 5 provides the Chancellor the right to declare war against a "known enemy".

Article 17 grants the Jedi Order special judicial dispensation to circumvent existing legal systems in special interest cases involving force users. Subsection one specifies the executive order to detain any and all known members of the Sith Order or force users otherwise known to be affiliated.

Article 19 describes what planets may fall under the control of the Republic, expressly forbids the assertion of power over any planet without a native population and allows any beings to settle such a planet without political affiliation.

Article 21 states that the Chancellors role is formally expanded to make the holder of its office simultaneously President of the Senate and Commander in Chief of the Armed Forces. Some of this is located in Article 5 as well.

Article 52 prohibits the use of stealth technology within Republic space except if special dispensation is granted by the Chancellor.

The Republic economy is the macroeconomic combination of sector, system and planetary production, consumption, and trade. It can be broken down and represented in various ways, but it is inseparable from the astrographical and ecological make up of the galaxy.

At the heart of the galactic economy is planetary trade. Interplanetary trade can support a local economy, but, in many cases, the high levels of economic interaction and the massive scale of exchange required for an advanced society can only be funded by interplanetary exports. While some planets maintain their own shipping fleets, most relied on large freight firms or independent freight haulers to carry their goods along major hyperlanes.

In order to protect trade, the Republic law enforcement has a fast response unit, called the Federation Trade Enforcment Division, ready along the commonly used trade routes who monitor communications, or lack thereof, in case of raids or other emergencies. 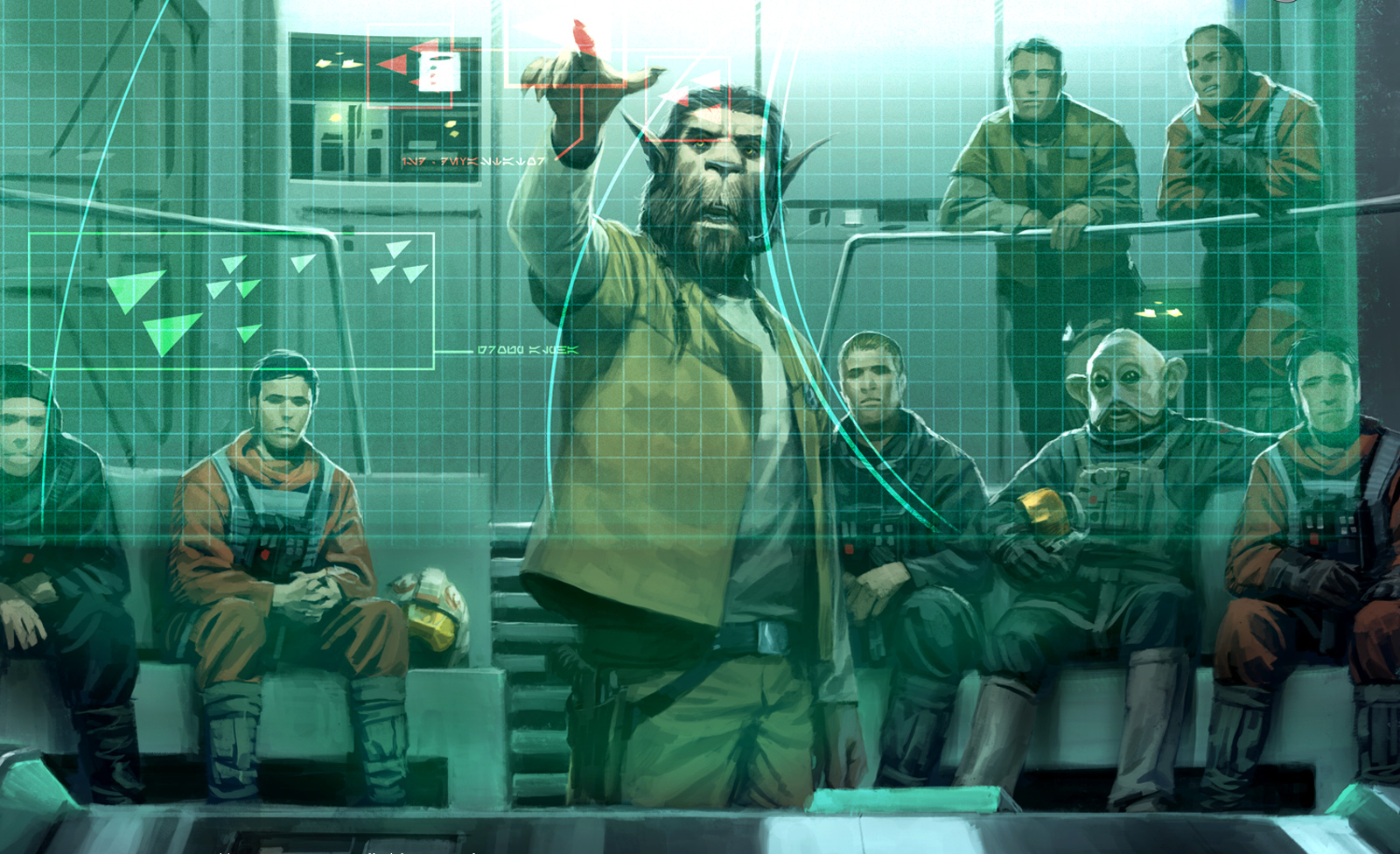 The Republic boasts a decent Army and Navy called the Republic Defense Force, having been under Modernization for many years in order to better combat enemy forces. While the Republic Army and Navy are designed to be able to hold their own, their strength lies in fast response and agility in order to fend off the often militarily superior enemies of the Republic. Many of the Republic warships were chosen for their combination of firepower and maneuverability and the Republic ground forces boosts a well balanced mix of offensive and defensive unit structures.

When it comes to the soldiers and crewmen of the Republic, great pride is taken in the fact that it consists of volunteers only, and not conscripted men or clones, the latter which have been proven to be a huge liability in the faction. However in order to be able to get the manpower the Republic armed forces needs, a large number of droids are also present among the soldier and crewmen ranks. On the ground droids provide mostly fire support and in space they provide excellent security.

The Republic Defense Force primarily follows two doctrines; The Bunker Doctrine where a force is deployed to a planet and heavily entrench themselves in preparation for long sieges in order to let the enemy exhaust themselves or sacrifice many more assets in order to break the entrenchment. This doctrine is mostly used if the Republic finds them stretched thin and unable to deploy additional assets to the defense of its worlds.

The Counter Doctrine involves the fast response and rapid movement of smaller forces in order to delay the enemy until a proper counter-assault can be made. This not only slows enemy advances but also buys the Republic time to either mount proper defenses or prepare for more dedicated assaults. It also allows for fast responses to raids or other minor skirmishes for which larger and slower moving forces would not reach in time.

The Republic and Jedi Order stand close allies after the formation of the Republic, initially known as the Federation, united in their goal to secure freedom and rights of all sentient beings. The relationship used to be more fragile due to what happened to the Galactic Alliance, but after the Jedi proved themselves during the days of the Resistance and through the formation of the Federation and later the Republic, the relationship stabilized. This initial alliance of convenience only became stronger after the temporary leader of the early Federation Master Fai, stepped down as the Chancellor and the newly formed Senate was allowed to chose a successor.

The Mandalorians have a rough and uncomfortable history with most of the galaxy and few factions have not been its enemy at some point or another, however due to their efforts in the war against the Empire and the role they played in giving the Resistance a chance to fight back, the Republic takes a neutral stand towards the Mandalorians and willing to open formal diplomatic relations. However with the now over decade long conflict with the Empire still holding firm unto the Core Worlds, little attention have been afforded the Mandalorians in recent years, especially with signs of military activity once again emanating from the Empire and their Sith allies.

Hopes of peace are long gone and are only likely to surface should it become a necessity for both factions to accept one, and dire such circumstances would be. Having been locked a Cold War for over ten years and with recent conflicts reigniting the fumes of war, the Republic fights ever on in their war against injustice. So far the Republic forces have managed to hold their ground but the Empire presses on. Luckily for the Republic, many years of conflict and the rise of fall of many governments have weeded out those who would seek to divide the Senate or even propose surrender. In the war against the Second Galactic Empire, the Senate stands united. 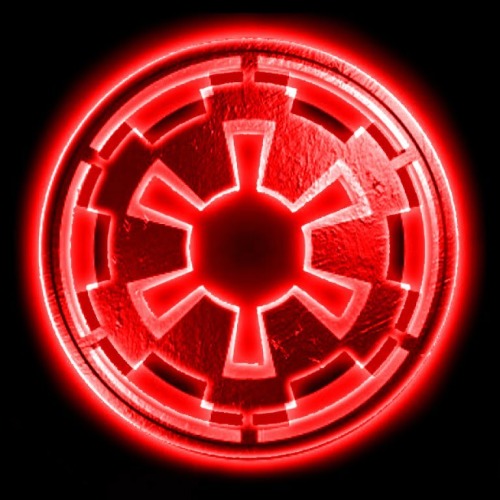 Some would say that there is neither a Light, nor a Dark side to the force and perhaps that is true, however the Jedi Order and the Sith have never found a compromise between each other. The Sith seek power, in all forms, and will do whatever it takes to gain it, as such the Jedi opposes them. While the Sith order and the Empire only has a loose alliance, the Jedi and Republic stands together. Thus the Republic joins the Jedi order in their eternal conflict against the Sith, not only for the sake of the alliance, but also because the Sith are recognized as a massive threat that would seek to destroy the Republic, whether they were allies with the Republic or not.

Being the isolationists they are, there have been very little contact from them ever since they were given back their freedom. Intelligence suggest that they are building up a military and heavily fortifying themselves, preparing to bring destruction on whoever might try and take away their freedom again. But as a result and even after several attempts at setting up official diplomatic meeting, the Republic finds itself blind as to the intentions of the Chiss and has the unable discover anymore about it. In more recent times however, the Republic and the Chiss share a defensive agreement which states if one is attacked the other will join the war.

You make me want to make my own article like this for the Empire.

Plus, the Federation and Jedi Order don't really know the Sith Order still exists. Most in the Galaxy believed they were wiped out long ago, though I understand why you are putting this here (less work later).

Even most in the Empire don't realize the Sith still exist. Plus with all that is going on, most people would quickly forget about them.

Actually, I believe you arrived after the Sith were exiled, thus even you would not realize they still exist.

Some may suspect, but due to everything that is happening most would disregard their suspicions and focus on the current threats.

Well, I wanted something more than just a list of fleets and defenses for OOC purposes. :P

I doubt the Jedi Order would presume the Sith Order destroyed or "Out of the game" after only 10 years. A 100 years? Maybe. 500 Years definitely. But not 10-20 years if we have to generous.

While I could imagine the Federation putting the Sith order on a list of past things, not the Jedi. Not yet.

I believe I mentioned the Jedi Council knows, or at least suspects, the Sith Order is still hiding somewhere, but the Federation are more inclined to not believe.

But feel free to stay away for 500 years xD

I would love to, I honestly would.

HH could you maybe change Battlegroup to something else? It could be confusing.
"The Mandalorian Battlegroup defeats the outnumbered Federation Battlegroup."

The Galactic Republic of Free People Fans & Clans with 27 members